Remember the August 1991 Vanity Fair cover of a seven-month pregnant Demi Moore that was quite the topic back then and had a lasting societal impact as she posed in her birthday suit? What was controversial two decades ago is back in the news today in the form of a 7ft-tall canvas by Banksy. Being a typical Banksy piece of art this two-meter-tall canvas features a naked, heavily pregnant figure clutching her belly but wearing the mask associated with Banksy and smoking a cigarette. The creation debuted in 2006 to promote Banksy’s exhibition, “Barely Legal,” which forever changed his image as a graffiti artist. The artwork is set to be offered at a Sotheby’s London auction on March 25, with an estimated value of between £2 million – £3 million ($2.8 million). Emma Baker, head of contemporary art evening sales at Sotheby’s London, said, “The painting embodies the tongue-in-cheek humor, the outrageousness of Banksy in that show. He’s poking fun at celebrity. It works on many levels, not just parody. You can almost see it as like a modern-day fertility goddess, especially in a fine art context.” 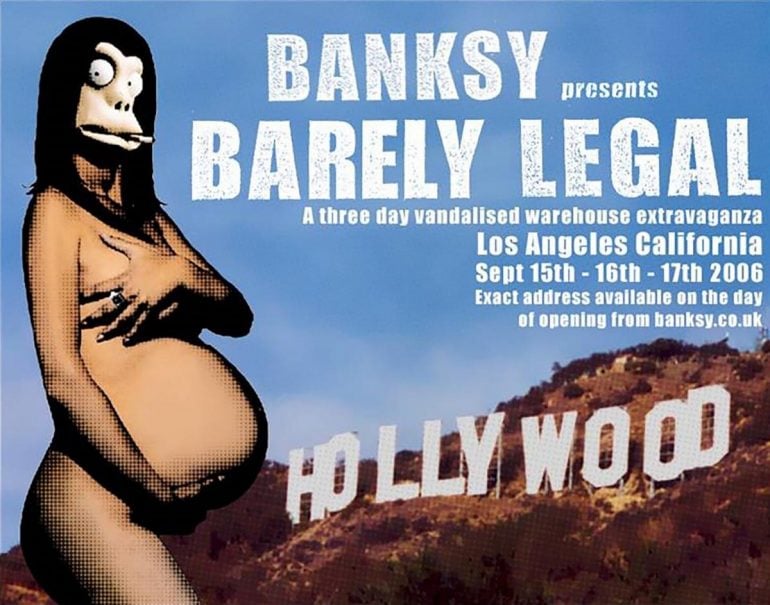 The canvas is being sold by a private owner and will be going to auction for the first time. A while ago the maverick created quirky art with a socially relevant message to inspire people to wear face masks by spraying graffiti on the London Underground.

Tags from the story
Banksy