In a room full of artists, Banksy would certainly be the quirkiest one. The maverick is known for creating quirky art with socially relevant messaging and in presenting his latest, the anonymous eccentric recently uploaded a video of himself dressed as a cleaner spraying graffiti on the London Underground.


Captioned with a quote reading – “If you don’t mask – you don’t get”, the video shows him painting rats – one sneezing voraciously while another struggles to cover his face, and few more using masks as parachutes and holding sanitizer bottles. The clip ends with the lyrics of the 1997 hit “Tubthumping” by British rock band Chumbawamba – “I get knocked down, but I get up again”, as the Tube doors shut close. 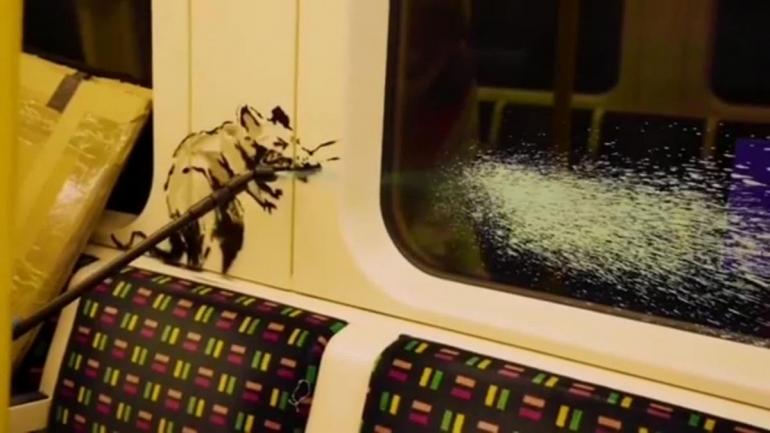 Although the video quickly went viral on Instagram, the artwork has now been removed from the London Underground as it violated TfL’s “strict anti-graffiti policy.” Confirming it, a spokesperson for the TfL stated that the organization appreciates “the sentiment of encouraging people to wear face coverings” and that it would like to “offer Banksy the chance to do a new version of his message for our customers in a suitable location.”

In the past, the popular street artist also posted images of rats running around in a bathroom showing the havoc of quarantine and even installed a painting at a hospital in Southampton which was to be auctioned to raise money for the National Health Service (NHS) amid the pandemic. Bang on there, Banksy!

Tags from the story
Banksy, London