With total transparency as the key governing principle to inspire the timepieces from CODE41, creator and thinker, Claudio D’Amore, introduced a unique concept to the high-end watch industry. In 2016 he conceived CODE41 in Switzerland and created an ecosystem where watch-lovers could play an integral part in the creation of the watches. This was achieved by giving them complete visibility on the origin, price, and production features of each watch that was made. 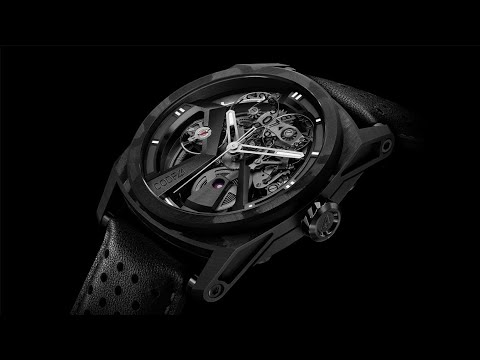 The X41 offers users a chance to experience the craft of fine mechanical watchmaking, which was once reserved for only a fortunate few. It will be available at a price that the competition will never be able to match, starting from $5,390. The watch is entirely designed, manufactured and assembled in Switzerland, its hometown.

Since the pre-orders for the 3rd Edition closed in November 2019, enthusiasts have been waiting with bated breath and to quench their enthusiasm CODE41 has launched the Edition 4 AeroCarbon. The watch uses High Tech carbon fiber that is used exclusively in the aeronautics and aerospace industry. The material is highly durable and extremely light. Forged in a specialist French factory, 300 fine layers of the AeroCarbon form a surface that is 2.5 times more resistant to bending than steel. It’s also 2x lighter than titanium and 4x lighter than steel, which makes it ideal for fine watchmaking. 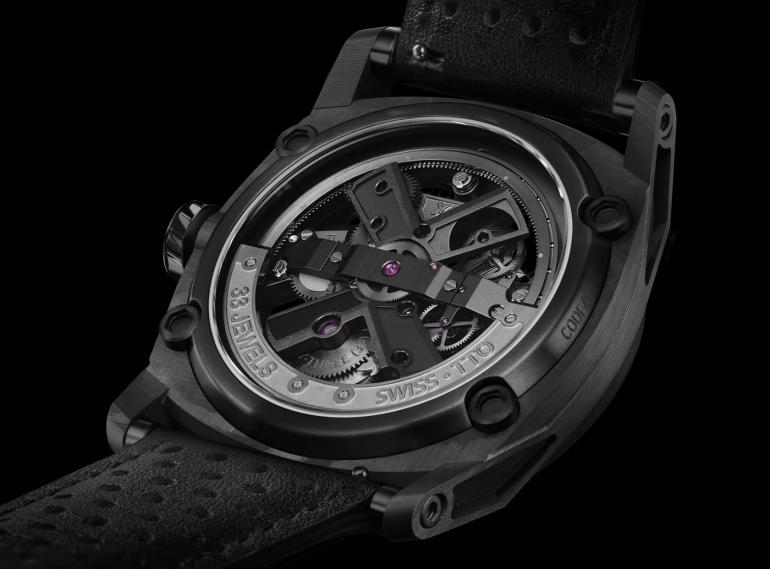 Among other things, it inherits the peripheral oscillating weight from the X41 line, which employs exquisite and rare craftsmanship. The oscillations are carried out along the periphery of the watch’s face to generate energy from the user’s movement. The history of these weights and how they evolved from being cumbersome, large obstructions to an ingenious apparatus that supported lighter and cleaner design is truly inspiring. The X41 reflects the advancement in the technology that now reduces the movement thickness and opens up the mechanical dance of the components to the world. Many brands have strived to master peripheral oscillations, but only a few have managed to execute it as perfectly as the CODE41 team has, in the X41.

The X41 affords 297 components, with 33 jewels. The watch is rugged to a degree, with standing water up to 50 meters of depth. The high-powered Luminova keeps things visible in the dark. It offers a 45-hour power reserve and a precision of -2/+10 seconds per day. The scratch-resistant sapphire crystal is present at the front and the back. The pivots have been put through enough testing to give you the assurance that they will not wear off prematurely.

Democratic watchmaking
The X41 project was flagged off on 14th March 2018 and has since captivated enthusiasts of fine watchmaking with users choosing everything significant in its build, including the democratic selection of Titanium over Steel for the case design. Other choices users could make along the way included the choice of Grande date, automatic rewinding over manual rewinding, and more. This inclusivity truly drives positive sentiment towards any project since users invest their points of view into the becoming of the final product. The first X41 pre-orders began a year after the commencement of production, in March 2019. 700 watches were scooped up then, with some lucky customers getting a dekko of their timepieces in conception. Since production is arduous, the pieces are fewer and are numbered, which makes each one more exclusive.
The AeroCarbon model can be pre-ordered from July 15th, 3pm (Zurich time) for 15 days. A total of 450 pieces will be created and shipped out in three batches in March, April and May of 2021, respectively. 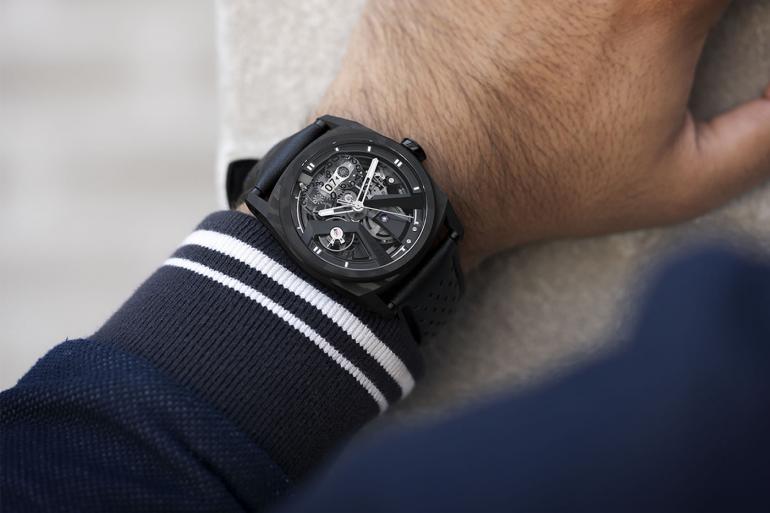 Exemplars of transparency
The retail price (of the X41) is not the result of market positioning, but rather a direct reflection of the costs of production, states the company boldly. The watch costs a fraction of what larger luxury brands would demand from a timepiece with such a special movement. CODE41 achieves this with lower profitability mark-ups and a direct distribution model. Some may argue that this model wouldn’t survive scale – but does exclusivity really lean on scale?
The X41 is constructed for the customer, around the customer. In addition to giving them a significant role in the creation of the timepiece, the company also makes a number of concessions and offers several benefits. You get a special 3-year guarantee on technical issues, instead of the usual 2-year assurance, where the company will arrange for a pick-up of the watch from your end as well as a return of the repaired piece. In today’s times, several questions are raised about the durability of brands, let alone products. The transparency ethos of CODE41 is so genuine that you are covered even if the X41 and the company as a whole cease to be. Other features include 30-day returns (with the original packaging) and free cancellation, if your order isn’t dispatched. What more could a customer ask for?

This sincere, beautiful timepiece is here to stay, with many more from its family expected to be announced. Claudio D’Amore could be opening the world of fine movements to enthusiasts and a fair chance to get everyone’s opinion on what the world should aspire to strap around their wrists. And no one’s complaining.

Tags from the story
Carbon-Fiber, Code-41