We all love Air Force jets doing a flyover in a formation, but a different kind of Air Force took to the skies of New York last Sunday zipping across the city’s skyline. A group of five daredevils from the Red Bull Air Force with their wingsuits strapped on swooped past the Manhattan skyscrapers at 120mph before landing on a barge in the Hudson River. Though wingsuit flying is comparatively a newer sport as its modern form was developed in the late 90s, but it has gained huge popularity in the last decade and Red Bull and GoPro both have been instrumental in this. And these stuntmen were no rouge miscreants who jump from skyscrapers without legal permissions. In fact, the elite aerial athletes of the Red Bull Air Force, who have performed at the locations in the world, had all the necessary permits and started at the southern tip of the island, jumping from a plane at an altitude of 7,500 feet. 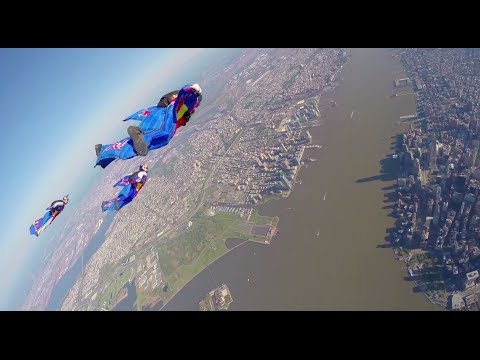 The flight was in anticipation of the 2014 Bethpage Air Show at Jones Beach in Long Island this Memorial Day Weekend. The team was made up of wingsuit Flyers Jon Devore, Jeff Provenzano, Amy Chmelecki, Sean MacCormac and Andy Farrington who all are part of the Red Bull Air Force (RBAF). The flight lasted about two miles and took about two minutes. Being from New York, this is so special and I’ve been dreaming about this since I was a kid,’ said Provenzano, who grew up just north of the city. Check out the two videos after the jump, they are amazing! 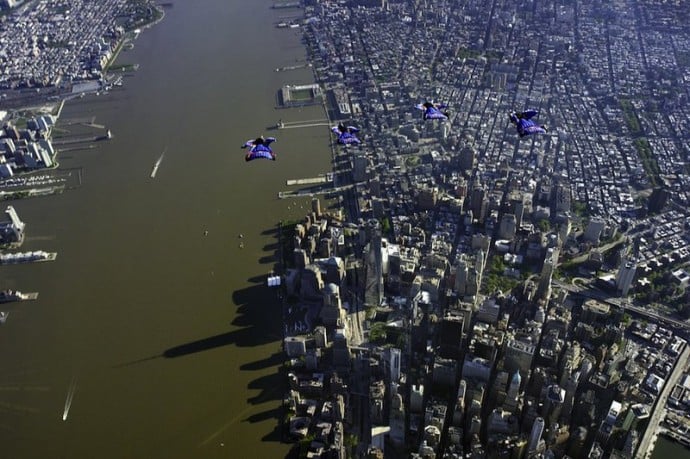 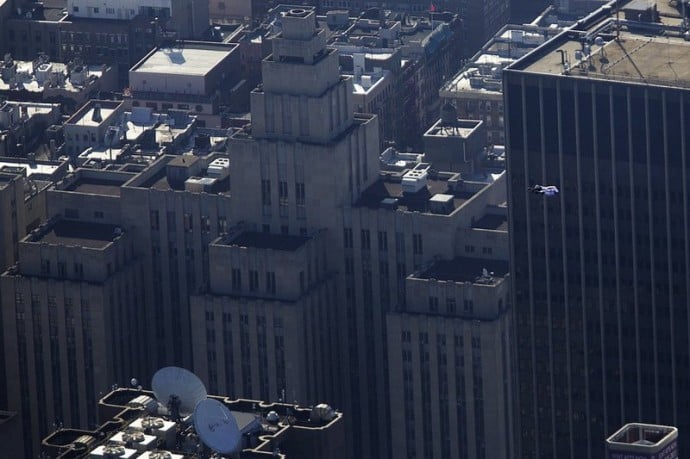 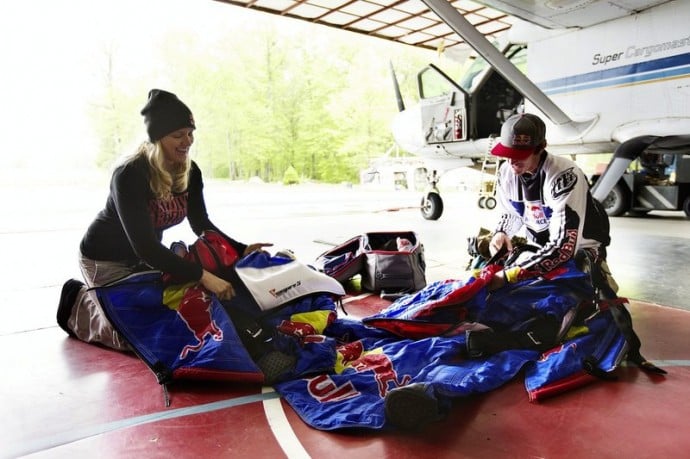