Congressman-elect Robert Garcia will be remembered for a long time as his House of Representatives oath. Washington’s latest addition bore true faith and allegiance to the U.S. Constitution with Superman in tow. The California Democrat held a copy of the founding document, a photo of his late parents, his citizenship certificate, and a valuable Superman” comic for his swearing-in ceremony; his office told The Post on Tuesday. “Congressman Robert Garcia will be sworn in on the Constitution,” Sara Guerrero, a spokeswoman for Garcia, said in a statement. “With him, he will be bringing a photo of his parents, who he lost to COVID, his citizenship certificate, and an original Superman No. 1. Congressman Garcia learned to read and write in English by reading Superman comics so it’s especially exciting he was able to borrow this rare copy from the kind folks at the Library of Congress,” Guerrero added.

The democrat from Long Beach, Calif., and a vocal comic book fan, tweeted, “Will be proudly sworn-in to Congress on the U.S. Constitution. Underneath the Constitution will be 3 items that mean a lot to me personally. A photo of my parents, who I lost to covid, my citizenship certificate & an original Superman #1 from the @librarycongress.” 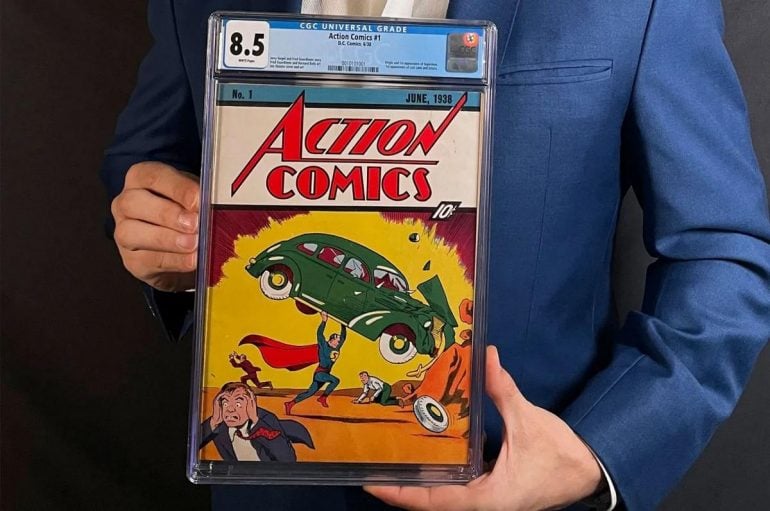 What makes vintage Superman comics expensive –
Superman’s Action Comics #1 is considered a holy grail for comic book collectors, selling for sky-high prices to the tune of millions. The first issue of Superman sold for a whopping $5.3 million in January of 2022, becoming the most expensive comic ever sold. Ardent fans are not batting an eyelid while spending thousands or millions to possess original comic art. Older, rarer Superman comic books are rapidly increasing in value at auctions. A sensible investment in addition to being a prized possession.


On the other hand, Garcia has personal reasons to revere the comic. Garcia, said he “became a Superman fan as a kid because I related to him. An immigrant, a sense of justice, and a secret identity.” According to The Washington Post, Superman’s story has been described as that of an immigrant’s. In the comics, he comes to the United States from the fictional planet Krypton.
Tags from the story
Comics, Superman