Definitions from Oxford Languages define fandom as a community or subculture. For a true blue Batman fan news of a rare comic book that marked Batman’s debut is a big deal that’s certainly $1 million worth. It is happening now, and fans with deep pockets need to know that one of the finest known copies of “Detective Comics” No. 27, which marked Batman’s introduction, could fetch more than $1 million at an auction later this month. The heritage auction house is handling the sale of the six-page comic that features “The Case of the Chemical Syndicate,” by artist Bob Kane and writer Bill Finger. Batman made his initial appearance as a wealthy playboy Bruce Wayne. So coveted are copies of Detective Comics No. 27, especially those in high-grade condition, that they seldom come to auction. The auction house sold a copy of the 1939 copy of Detective Comic No. 27, graded 8, for $1.0755 million in 2010, setting a price record for a comic book at auction. 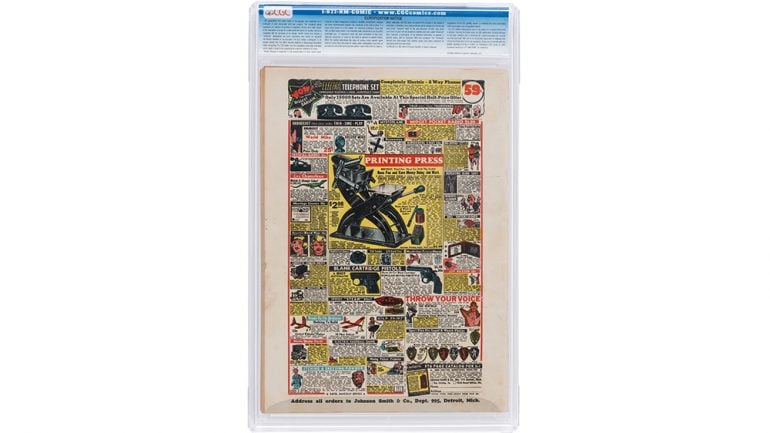 Barry Sandoval, Heritage Auctions Vice President, says, “Countless clients have asked us over the years if we can find them a Detective Comics No. 27 — and to make our job much harder, some specify it has to be one of the best existing copies,” The copy on offer is unrestored and has a 7.0 grade by Certified Guaranty Company, a Sarasota, Florida. The book will highlight Heritage’s sale of comics and comic art from Nov. 19-22. Bidders can bid online or via phone for one of pop culture’s most wanted, valuable, and prized possessions! Bidding is now open, whose value is estimated at $1 million and beyond.