Grand Slam winners such as Djokovic, Williams and Federer along with Kei Nishikori and Eugenie Bouchard have inspired Goldgenie technicians to fashion and curate a sparkly limited-edition 24K Gold champions racket. Before you start reaching out for your diamond studded wallets, think again – the ornamental racket is only for those who make a mark on the court. 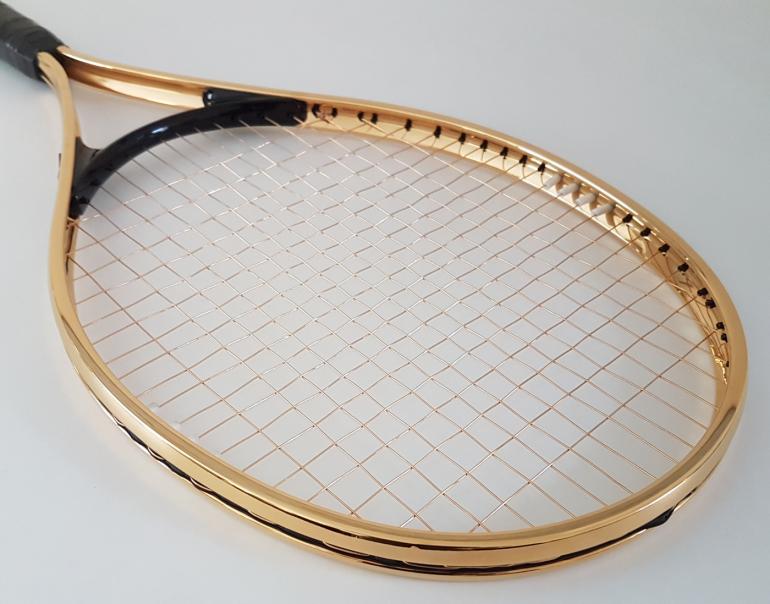 Of course, given the weight of the gold and the 24K gold strings that adorn it, we’d recommend only dressing up your trophy stand with it. It’s debuting on the market as a unique gold tennis racket with only 99 limited edition pieces which would be embossed with a number and presented in a stunning frame. One can definitely customise it at an additional cost, making it a splendid gift for a tennis enthusiast. 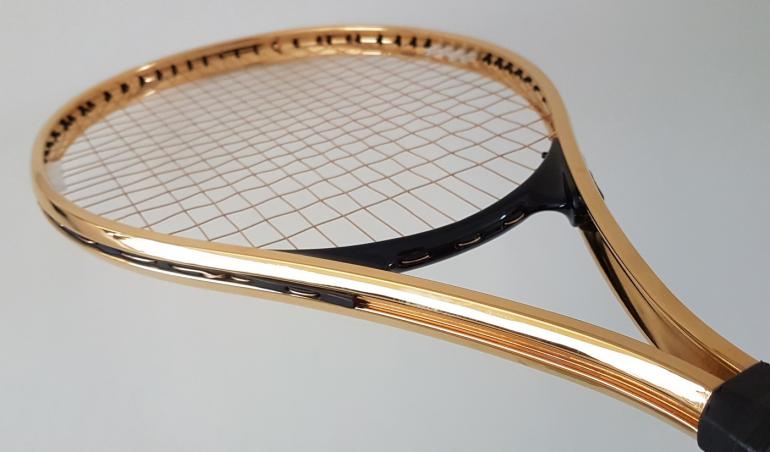 The UK-based luxury customisation company has previously been in the news for its 24K smartphone, and gold-plated model airplanes; and if that is insufficient to impress you, you can splurge a whopping $407,000 on a 24K bicycle.

We hear this glitzy piece of equipment will be granted to Novak Djokovic, the winner of the 2018 men’s final in London.

Priced at a staggering USD 1,500 (£ 1,200) the Limited Edition 24K Gold Tennis Rackets may also be ordered directly from Goldgenie’s website.

Tags from the story
Gold-Plated, Goldgenie