How much pampering is too much pampering? There certainly is no such thing as too much love, only that it becomes the talk of the town when lavished on pets uninhibitedly. We have seen pet owners spoil their pets silly with exotic facials, limo pick up, pet butlers, and more. Even a few with a fashionable bend of mind make pets look pretty with some trendy numbers from the H&M x Moschino collaboration. But it’s rather generous, even with all that love in the heart, for a dog owner to book an entire Air India Business Cabin for his pet to travel in style. 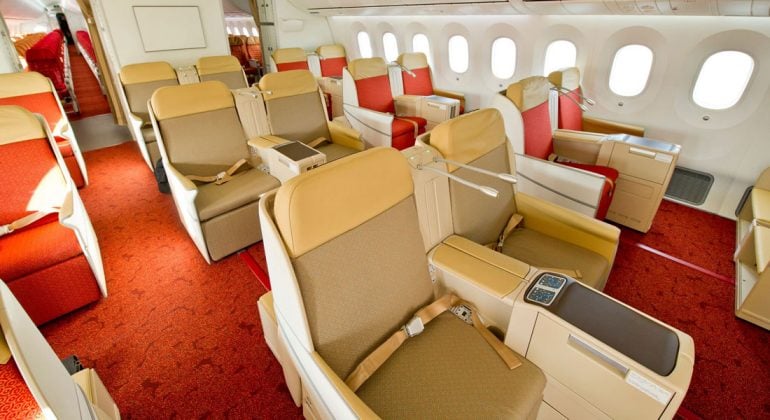 The pet, a Maltese snowy furball, took the Air India flight AI-671 that departed from Mumbai with its owner to Chennai. In just each other’s company and ample room, the two-hour-long flight cost the dog owner nothing less than nearly $3300. The J-class cabin on Air India A320 aircraft has 12 seats, all of which were reserved for the pet puppy instead of the last row of the cabin generally appointed in the business class cabins. Pets on a flight aren’t rare, though they rarely travel in the comforts of a business class seat, let alone the entire cabin.

According to News18, emotional support animals are allowed by several airlines to travel with the owners. A woman once shared pictures of her mother carrying her pet Kangaroo on a flight. A report by the Sun U.K. also mentioned a turkey named Easter boarding a flight along with her owner Jodie Smalley. A few years ago, we published a story on how a magnanimous millionaire paid $100,000 to fly a pet cat in a private jet from Russia to the U.S.

Tags from the story
Business-Class, India