Electric vehicle start-up Lucid recently started production of its first EV sedan named Air and is on schedule to begin customer deliveries this month. The EV venture was earlier named Atieva and has been around since 2007 as a developer of batteries and drivetrains. The company has also been a supplier of battery packs for the Formula E race series. However, it was rebranded to Lucid in 2016 with an ambitious objective to create an uber-luxurious production EV. Being a start-up, Lucid braved many challenges, including critical funding to keep the project running, which made many doubt its future. But the American EV maker has surprised everyone creating one of the most compelling EVs to come out in the recent past, which is also being touted as the future of luxury. Here are 10 interesting things you should know about the Lucid Air that could change the whole luxury car segment in the coming years. 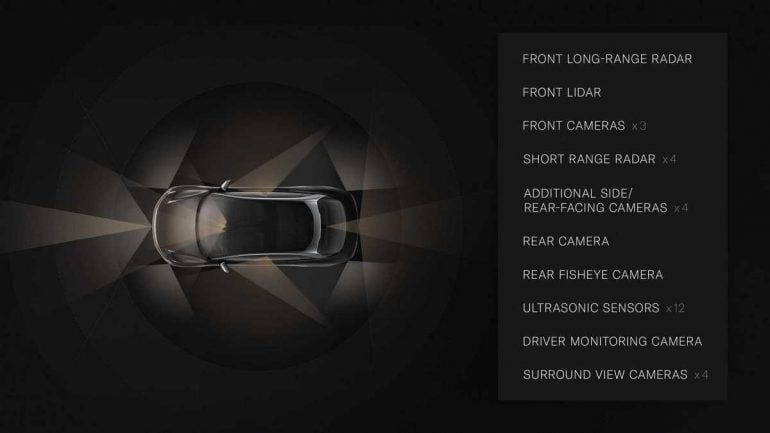 10. Yes, it has autonomous driving!
The Lucid Air will ship with Level 2 autonomous driving, while the company claims it’s currently working on Level 2+ self-driving software that will be sent out as an over-the-air update at some point in the future. The EV autonomous driving technology is called DreamDrive and its used LIDAR along with 32 sensors, with cameras, radar, and ultrasonic sensors. Mad, right? 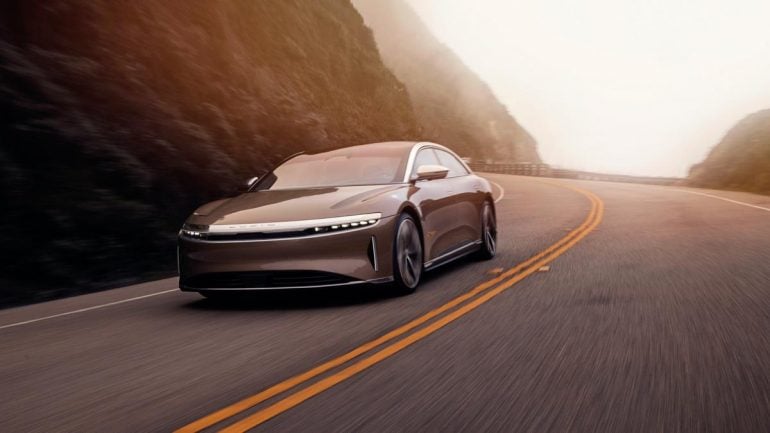 9. Goodbye range anxiety
Mad acceleration figures are good but the excitement goes away after a while. However, the same cannot be said for range anxiety. A powerful EV with a poor range is not really useful. The Lucid Air hits it out of the park when it comes to range. The Lucid Air Performance has an EPA range of 471 miles, while the Range spec has an unprecedented EPA range of 520 miles, which is absolutely crazy considering the Air is Lucid’s first production car. This was achieved thanks to the EV’s inhouse battery and drivetrain, along with its low drag coefficient, and special tires. 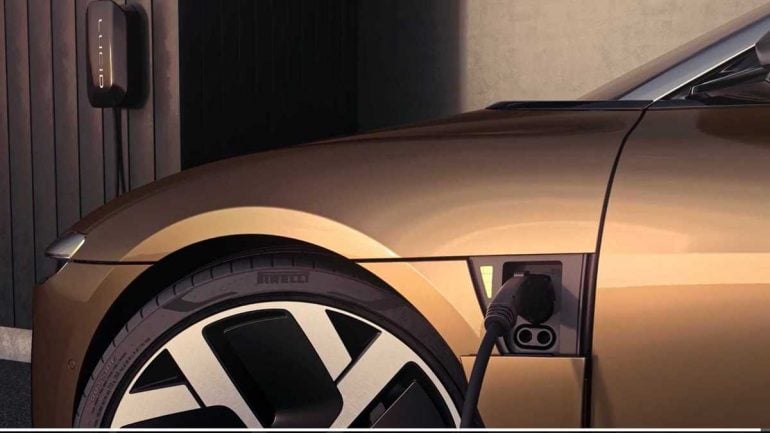 8. Relatively small battery with superfast charging
As mentioned before, Lucid started out by developing battery and electric drivetrains and they have many years of experience under their belt to make something seriously impressive. Instead of fitting the EV with a humongous battery pack, the company went with a relatively smaller 112.0-kWh battery. The battery pack also acts as a stressed member of the chassis, offering around 40 percent of the car’s overall torsional stiffness. In addition to that, the Air features 900-volt architecture instead of the typical 400 volts or the Porsche Taycan/Audi etron GT’s 800 volts. As a result, the battery pack can recover up to 20 miles a minute or up to 300 miles in 20 minutes using a 350-kW DC fast-charger. 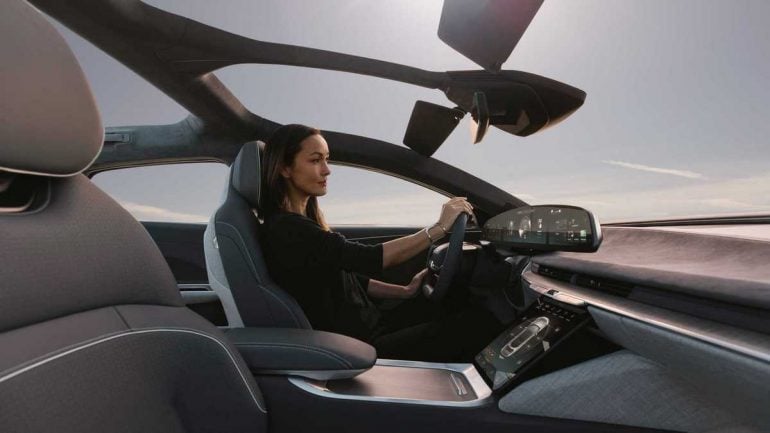 7. Blistering performance
The Lucid Air being an EV, fast acceleration numbers should not come as a surprise. However, given the level of luxury features packed by the American EV and its 5000lb weight, you won’t expect it to be a star on the drag strip. But that’s not the case. Each motor is capable of churning out 670 horsepower apiece, giving the luxury EV a total of 1111hp in the Performance spec and 933hp in the range spec. Lucid claims of a 2.5-second 60-mph acceleration time and a capability to do the quarter-mile run in under 10 seconds. Wow! 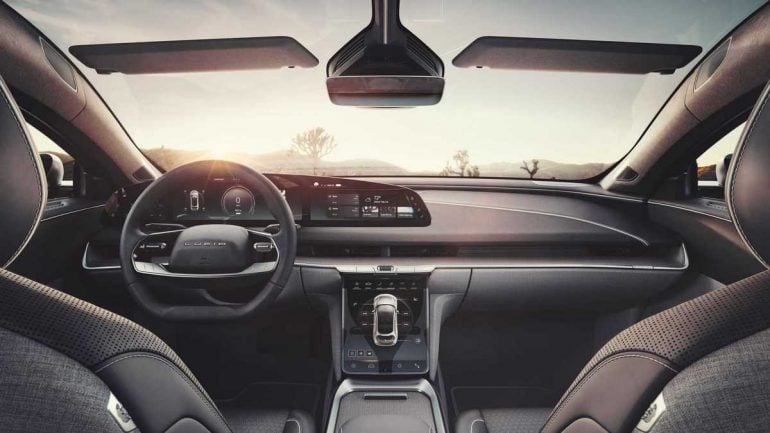 6. A windscreen that could cover the state of Texas
Okay, the heading might be a bit of an exaggeration, but the windscreen is simply huge. We’ve never seen a windscreen this big on a production car. It stretched all the way from the front hood to almost the rear section of the cabin. In fact, the entire roof of the Lucid Air is covered with glass with slim columns separating the different glass elements. This makes the cabin feel much bigger than it really is. The rearview mirror is supported on a T-shaped column which also has a LED light strip and some physical buttons, including the one that activates electrochromic glass, turning it from transparent to opaque in no time. The only downside is it will cost a bomb in case you crack the windscreen. 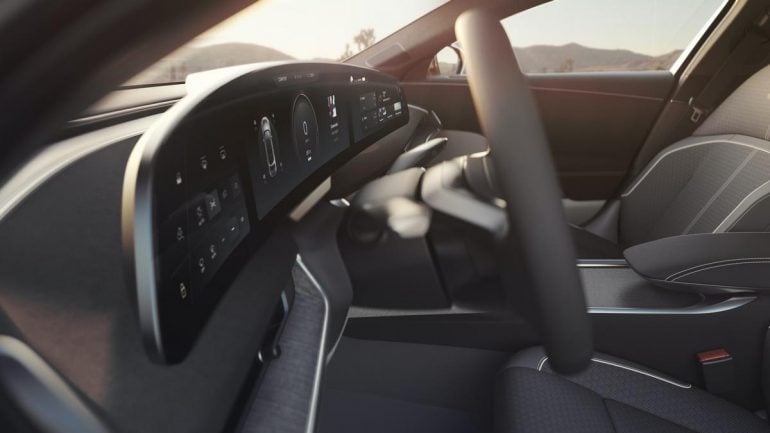 5. A ton of displays
The Lucid Air went with the current trend of adding multiple huge displays inside the cabin, which more or less replaces all the physical buttons; however, the EV has a neat trick up its sleeves. Right in front of the driver is a 34-inch curved panel that appears to float and is made of three displays. The center console has another massive display in the portrait orientation – something that we’ve seen in most of the new cars. But the display can retract inside the dash with a touch of a button, which opens up more storage space. This feature is also useful for those who look for a digital detox while driving and don’t’ want to be surrounded by displays. 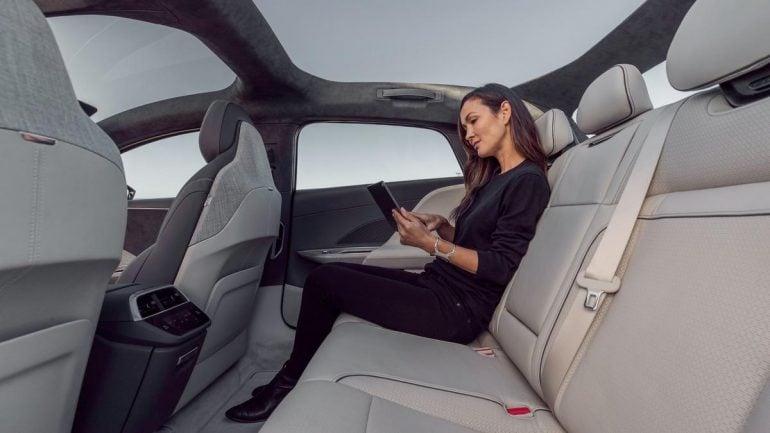 4. Luxurious enough to beat the Germans at their game
If the exterior of the Lucid Air looks impressive, wait till you have a look inside the cabin of the uber-luxurious EV. The car has been designed to offer the comfort of a Mercedes-Benz S-Class and the performance of a sports car. Instead of competing with the likes of Tesla, the Lucid Air is squarely aimed to lock horns with the top-tier German automakers. The look and feel of the interior is futuristic yet ultra-premium. The use of soft, porous materials can be found everywhere inside the cabin. The range-topping Lucid Air Dream Edition exclusively features Nappa full-grain leather, ceramic with eucalyptus trim, and Alcantara inserts. 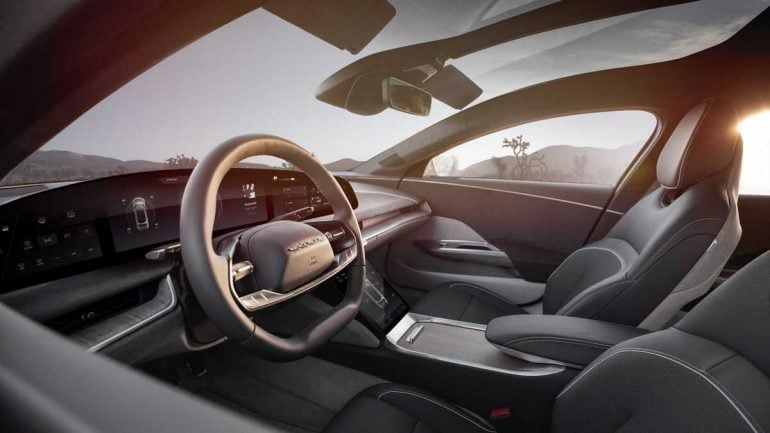 3. Shrunken down components for weight-saving and maximizing cabin space
One of the things that set apart the Lucid Air from the rest of its competitors is how effectively the EV start-up has designed many of its components to make them much smaller than anything else you’ll see in the market. The Air is powered by two motors, located at each axle. Each one weighs just 163 pounds and can fit into a carry-on suitcase, which has opened up more space inside the cabin and also has a massive two-step frunk. The luxury EV is fitted with an active air duct in the front lip which is equipped with a bespoke vortex system that requires smaller-sized radiators for cooling. Tell me that is not smart! 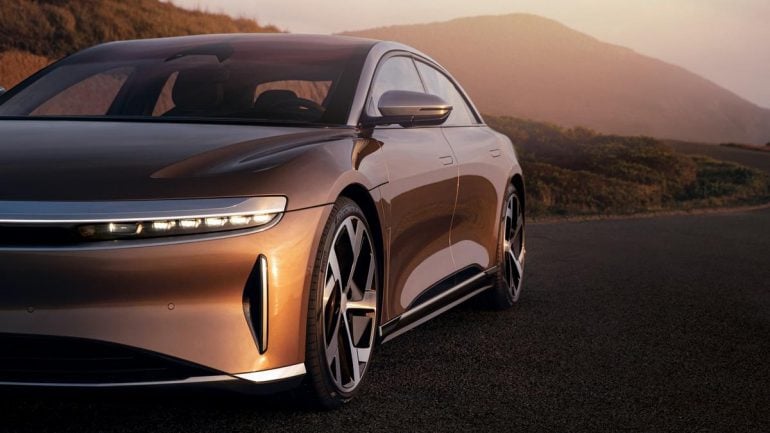 2. Wicked headlights
The lucid Air has the sleekest headlights we have ever seen on a production car, which has even forced us to question if it’s road legal or not. But, guess what? The Air’s headlights are super-effective thanks to a patented design. The headlights that were designed in-house have a Micro Lens Array that is capable of pointing the beam wherever it’s best used. The slim headlights are a very important part of the Lucid Air’s character. In the early prototypes, Lucid showcased a headlight design that had rotating components that would hide the headlight elements when not in use; think of it as a modern rendition of the pop-up headlights. Sadly, that didn’t make into production, probably to minimize unwanted weight. 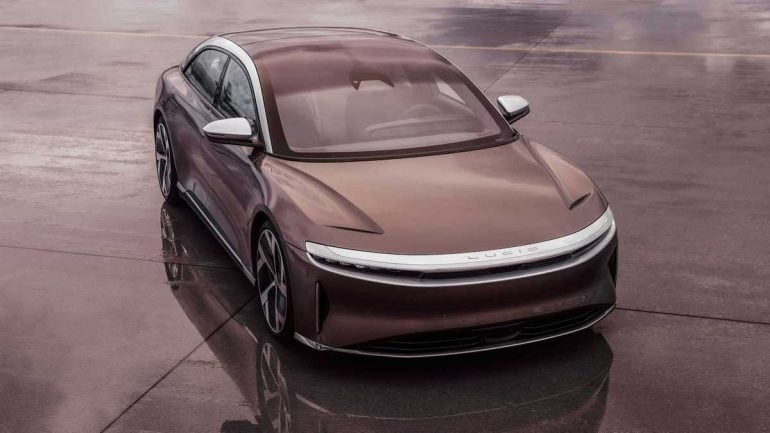 1. Out-of-the-box design
The design of the Lucid Air luxury sedan is one of its highlights. The EV doesn’t look anything like the traditional combustion engine cars and the company is categorical in pointing it out. Interestingly, the overall design of the Lucid Air hasn’t changed much, ever since the company showcased its scaled mockup. Although, the Air is not considered a crossover but a four-door sedan, the rear-end of the car has a unique shape that resembles the fastback design, thanks to its stretched rear windshield. The one thing you’ll notice about the Air’s aesthetics is that most of the design elements are deliberately sleek, including the headlights and the door mirrors. The Lucid Air has been designed to maximize aerodynamic efficiency. In fact, the Lucid Air has a drag coefficient of just 0.21, which narrowly misses out on beating the Tesla Model S.

Tags from the story
Electric-Cars