Aston Martin has finally revealed the production-spec Valhalla hybrid supercar, and a lot has changed since the original concept debuted back in 2019. Three years back, the British sports car manufacturer had released the first set of the renderings of the Valhalla, which was supposed to be a $1.3 million mid-engine supercar with a V6. However, since then, the company’s ownership changed to save it from collapse, and former AMG boss Tobias Moers was brought in as the new CEO. Under the leadership of Moers, Aston Martin has witnessed several big strategic changes, and Valhalla is one of them. 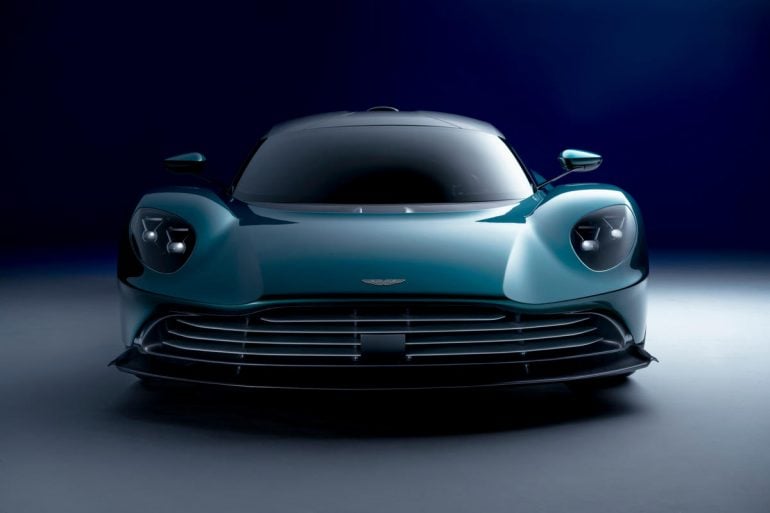 While the mid-engine hybrid supercar has retained its ‘Valhalla’ name and some of its design elements, most other parts have been completely altered. The biggest change comes in the form of an AMG-sourced V8 engine that will power the supercar instead of a V6. According to the information we have, the Valhalla’s 4.0-liter twin-turbo V8 is based on the AMG GT Black Series’ flat-plane-crank engine. The V8 will redline at 7200 rpm and will be capable of churning out 740 horsepower. 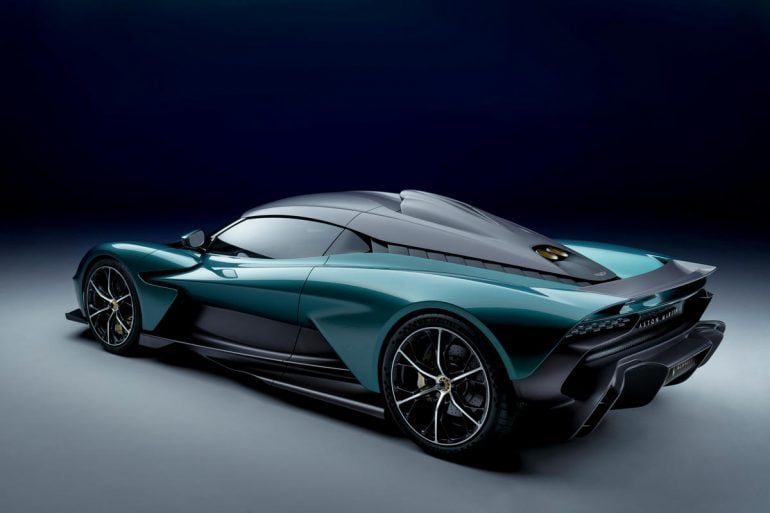 The AMG V8 will be assisted by two electric motors that will add another 200 horsepower. One of those motors will be placed at the front axle and power the front wheels, while the second motor will sit in the transmission to assist the V8 engine. Aston says the Valhalla will have a peak combined output of 937 horsepower, which would be enough for a 0-62mph sprint in 2.5 seconds and a top speed of 217mph. The British automaker also claims that the supercar will be capable of a 6:30 lap time of the 12.9-mile Nürburgring Nordschleife, which would absolutely obliterate the current lap record. 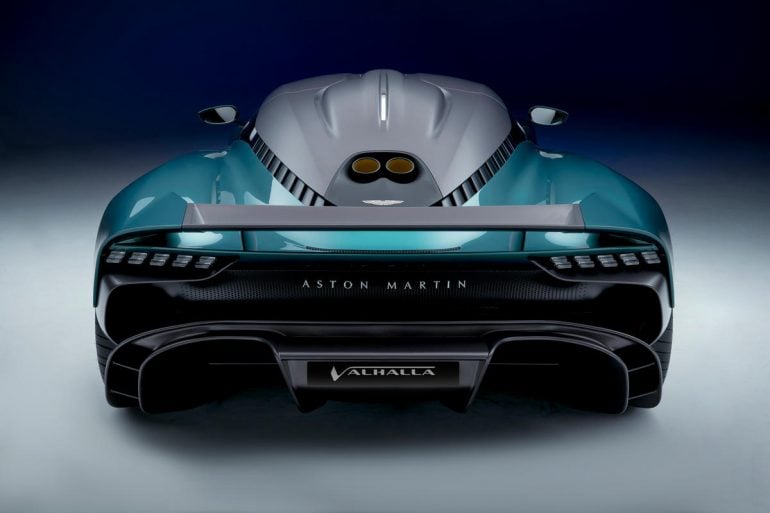 Aston Martin has yet to reveal information on the battery pack, but the EV mode will have a top speed of 80 mph and a range of around nine miles. In terms of design, the Valhalla has a similar design DNA as the Aston Martin Valkyrie. However, the hybrid supercar proudly sports the automaker’s iconic vaned grille. Interestingly, there is a carbon-fiber engine cover with two exhaust tips in the place where you’ll expect a rear windscreen. Instead, the supercar uses a camera for the rearview and projects the feed on a screen on the dashboard. The pricing is yet to be released, but the expected price has significantly come down from $1.3 million to $800,000. Bargain, right? The Aston Martin Valhalla claims the deliveries will begin in the Q2 of 2023. 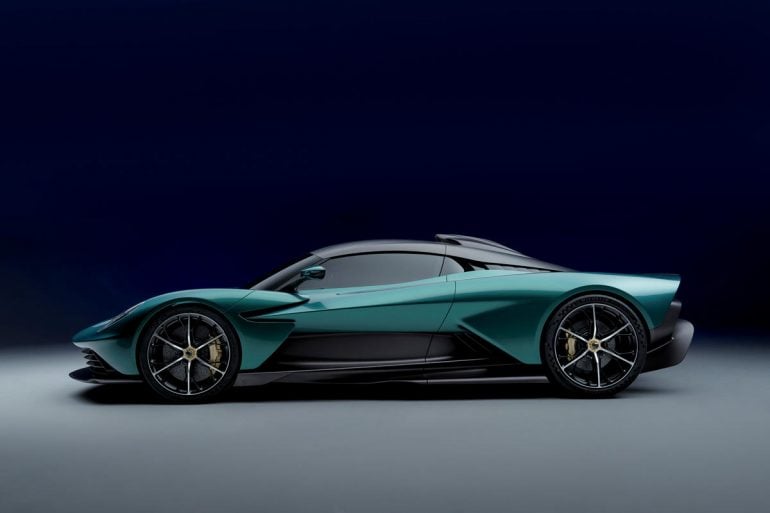 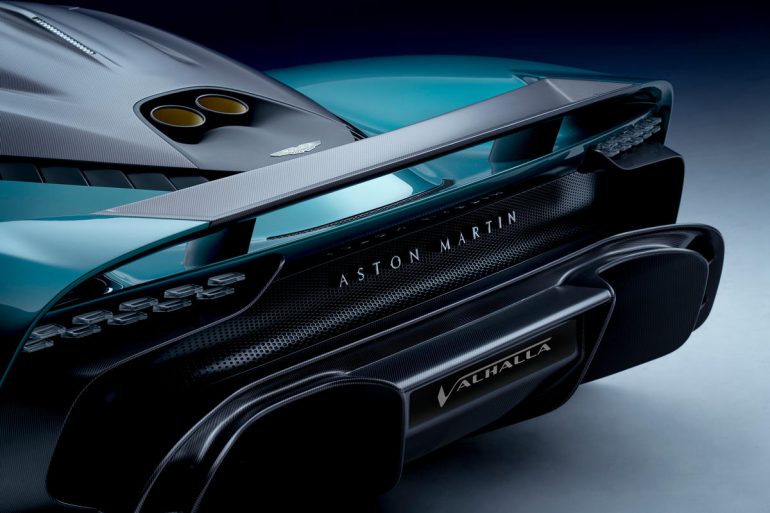 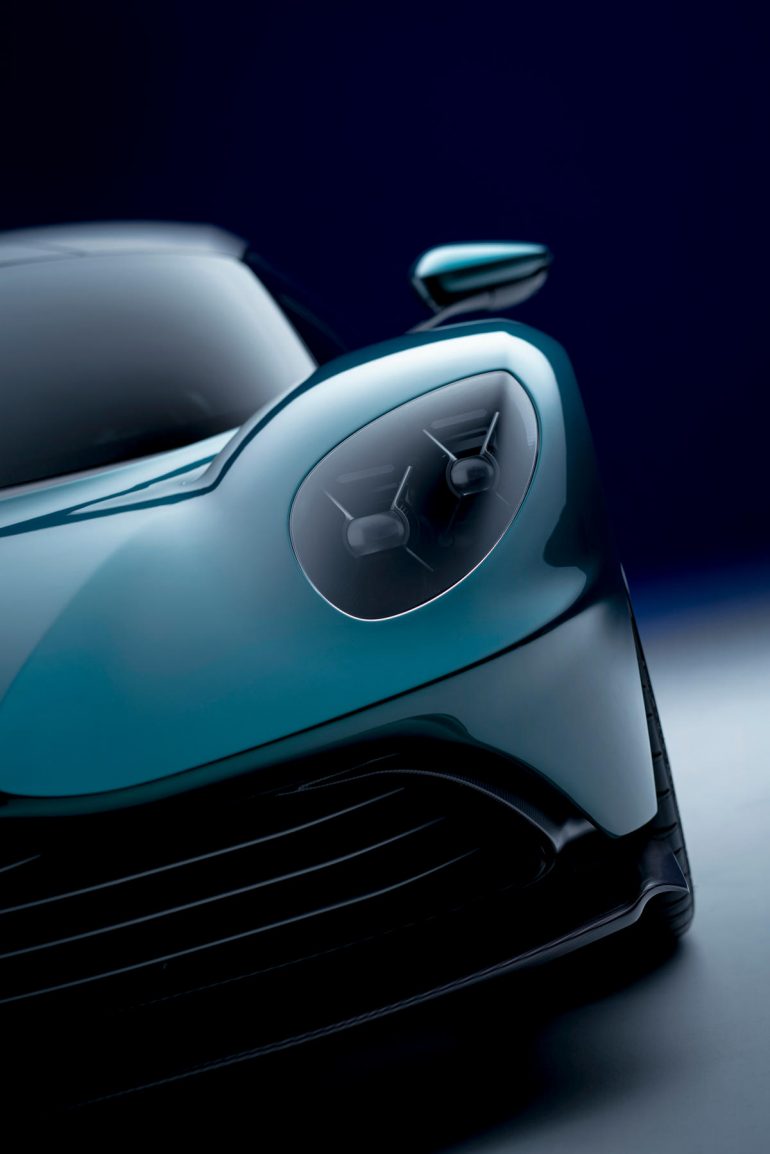 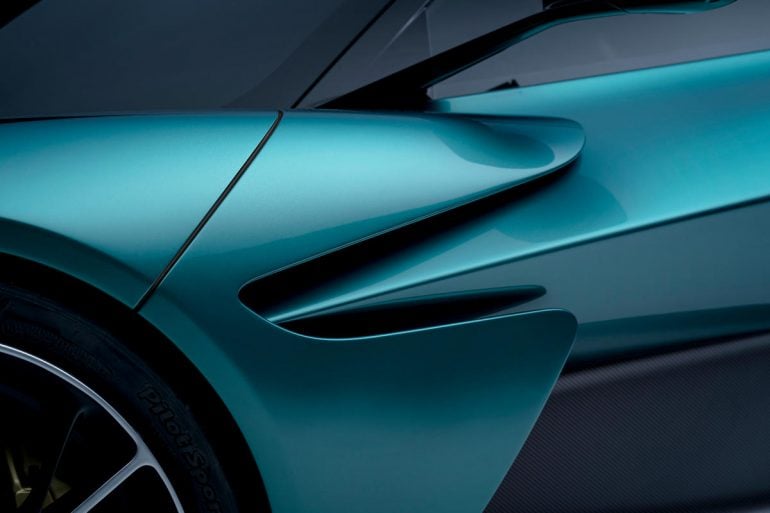 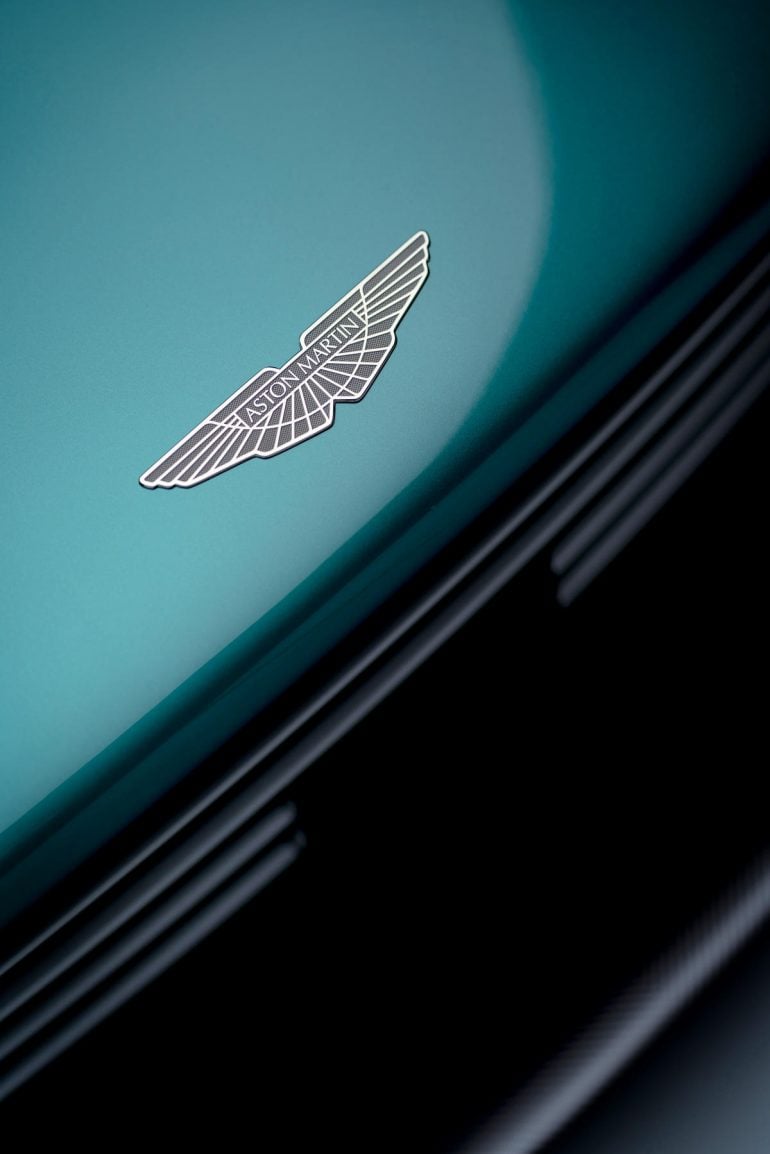 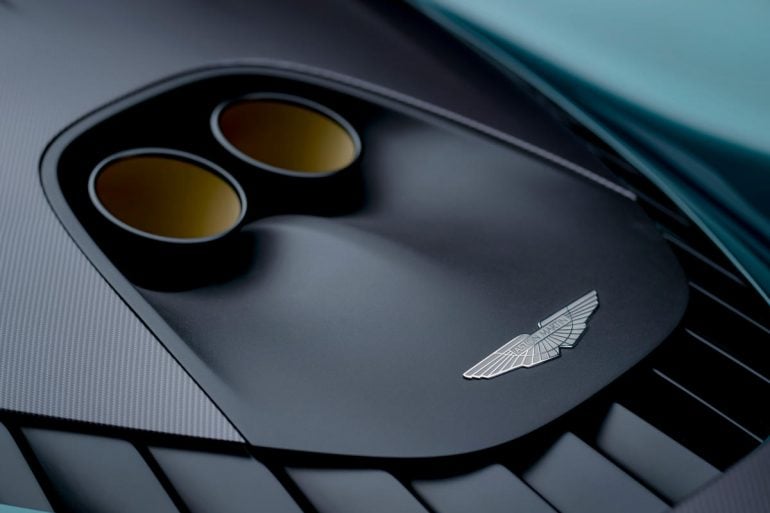 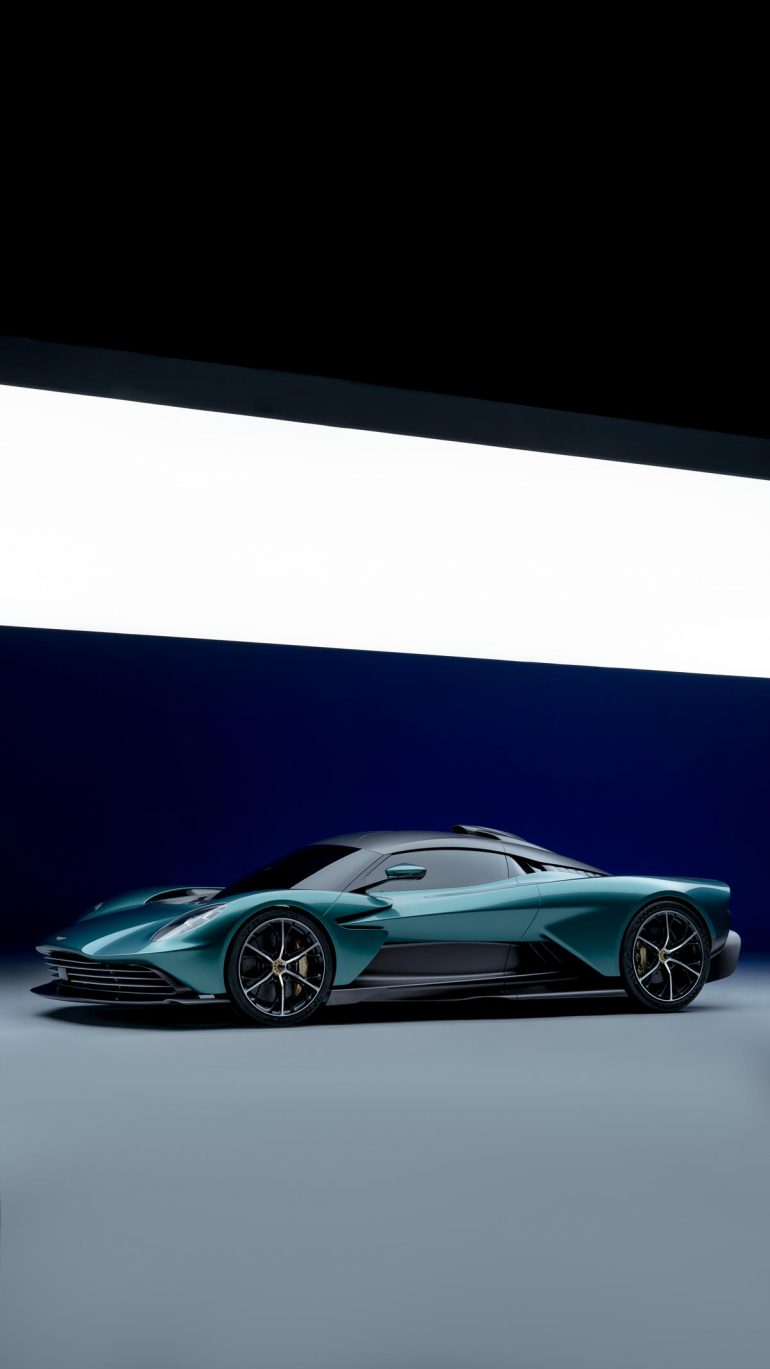 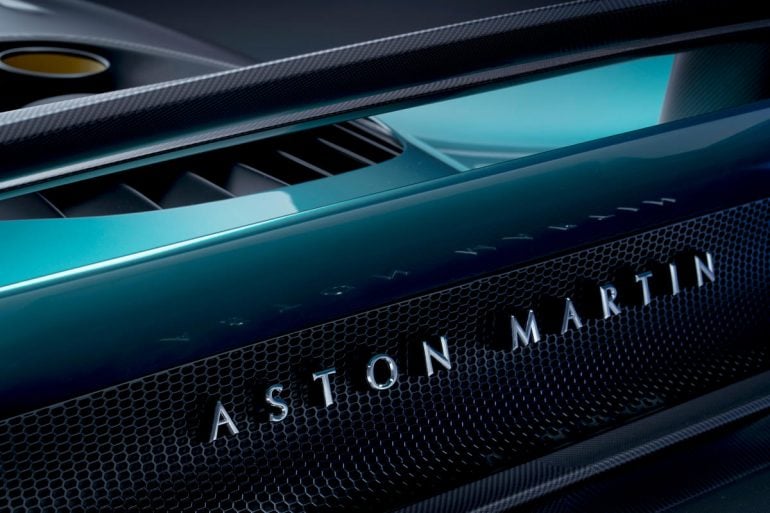 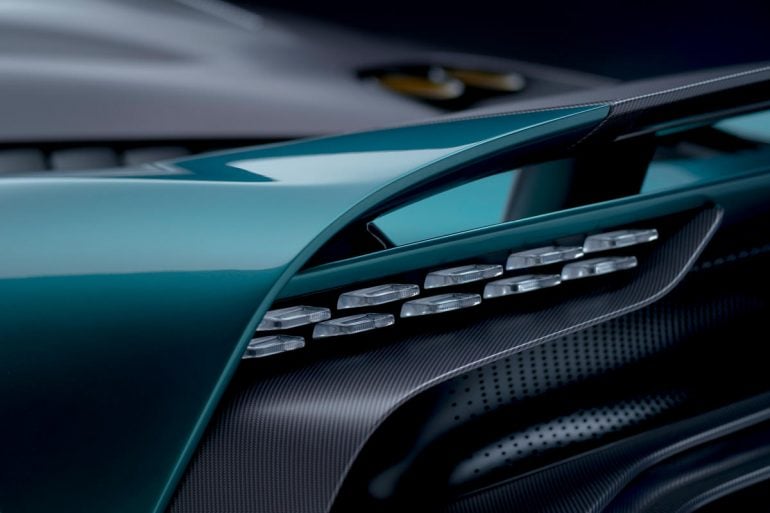 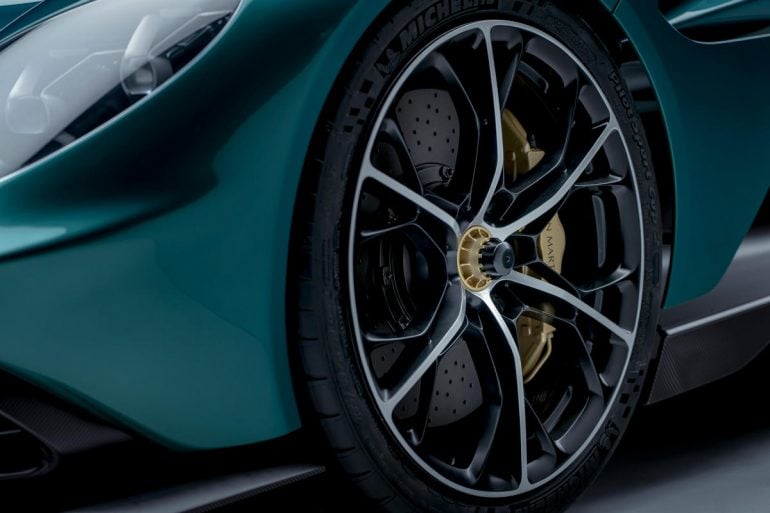 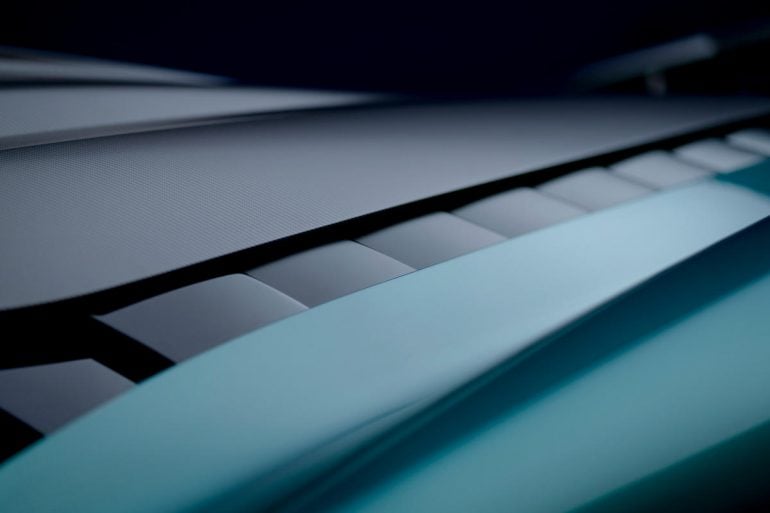 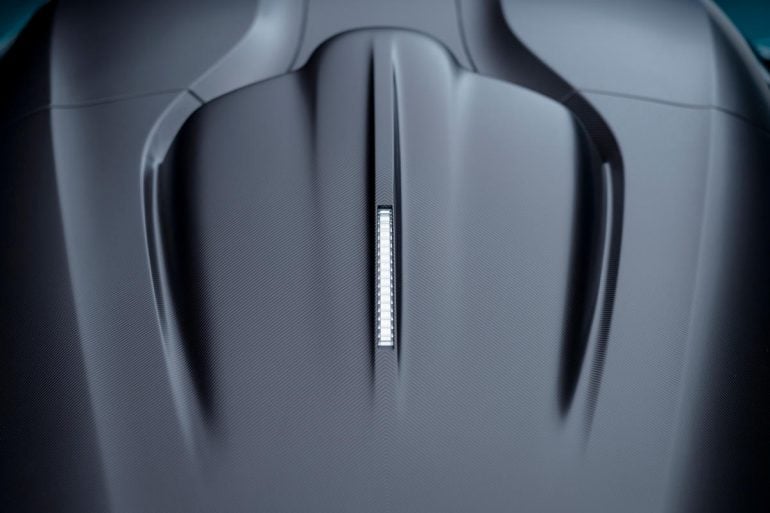 Tags from the story
Aston-Martin, Hybrid