Over the last several years, the whole affair of claiming the title for the world’s fastest production car has become murky with unnecessary controversies. SSC Tuatara’s reign was short-lived as the record-setting run by the American manufacturer came under the scanner almost immediately, forcing the brand for a re-attempt. On the other hand, the 304mph top speed attained by Bugatti Chiron Super Sport isn’t officially acceptable as the French brand didn’t attempt a speed run in both directions as required by the official rules. This means the Koenigsegg Agera RS is still technically the fastest production car in the world. However, the biggest contender has finally arrived to challenge for the title. Meet the production variant of the long-hyped Hennessey Venom F5. It was back in 2017 when the Texas-based company revealed a prototype that was created as a successor to the famous Hennessey Venom GT. 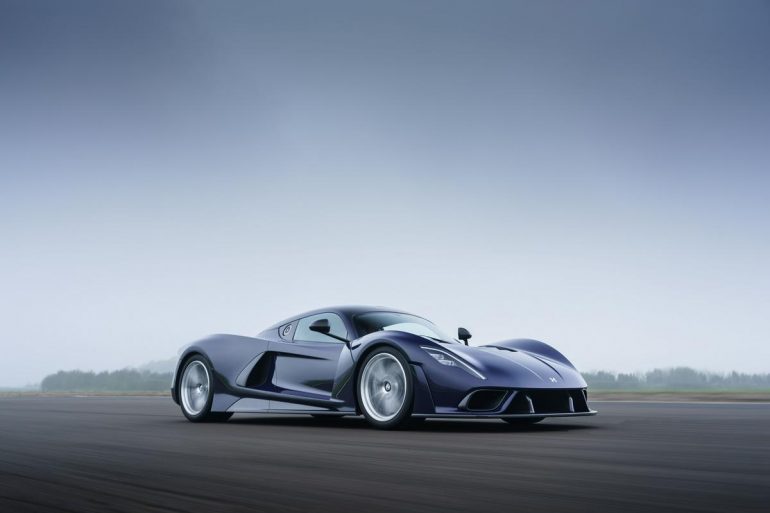 The American hypercar is powered by a twin-turbocharged 6.6-liter V8 engine that produces 1817 horsepower and 1193-pound-foot torque, making it the most powerful engine fitted to a production car. The power is transmitted to the rear wheels with the help of a seven-speed CIMA single-clutch automated transmission. The performance figures quoted by Hennessey are just insane. The company claims the Venom F5 can go from 0 to 62mph in just 2.6 seconds and take 15.5 seconds to rocket from zero to 248 mph. But the most interesting figure is the claimed top speed of the hypercar. Hennessey says the Venom F5 can hit a top speed of 311mph, which is higher than the 304mph speed registered by Bugatti Chiron. The American company says the seventh gear is tall enough to give the hypercar a theoretical top speed of 334mph. In terms of design changes on the production variant compared to the design proposal that debuted in 2017, the hypercar has been more aerodynamic. There are no active aerodynamic elements, but the company will offer a track package that includes a separate rear wing. Hennessey will build only 24 units of the Venom F5 with a base price of $2.1 million. 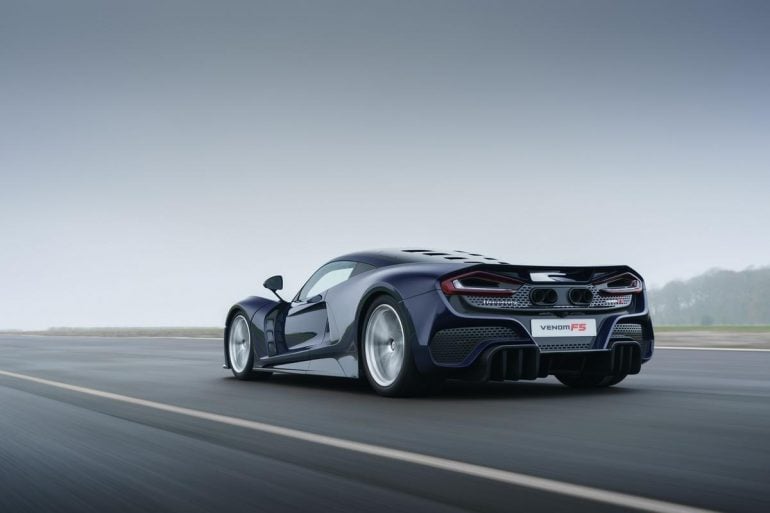 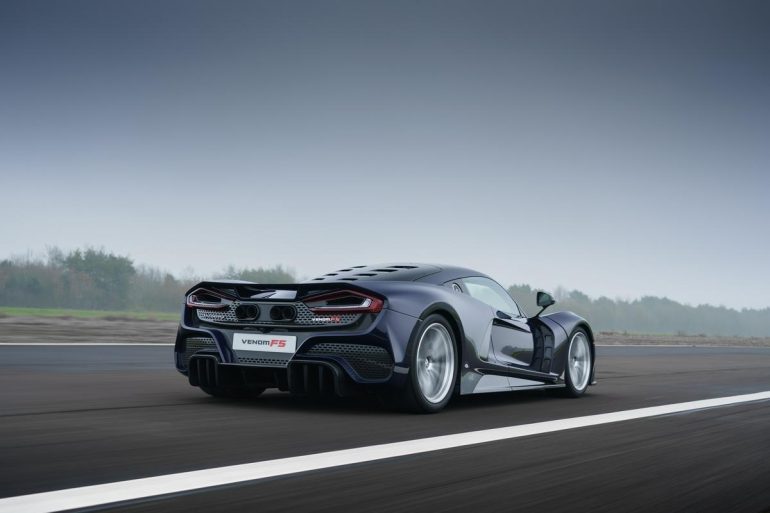 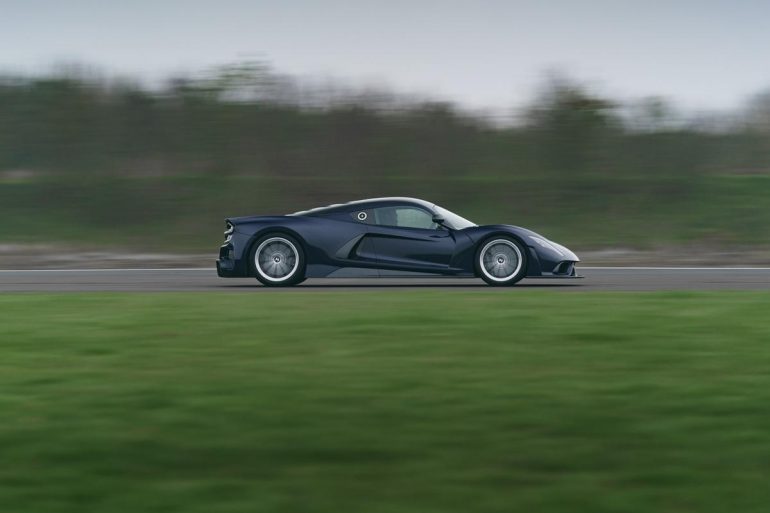 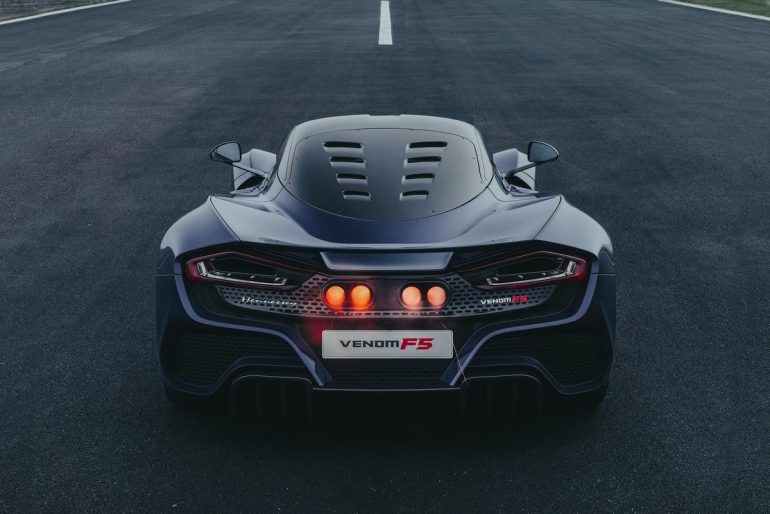 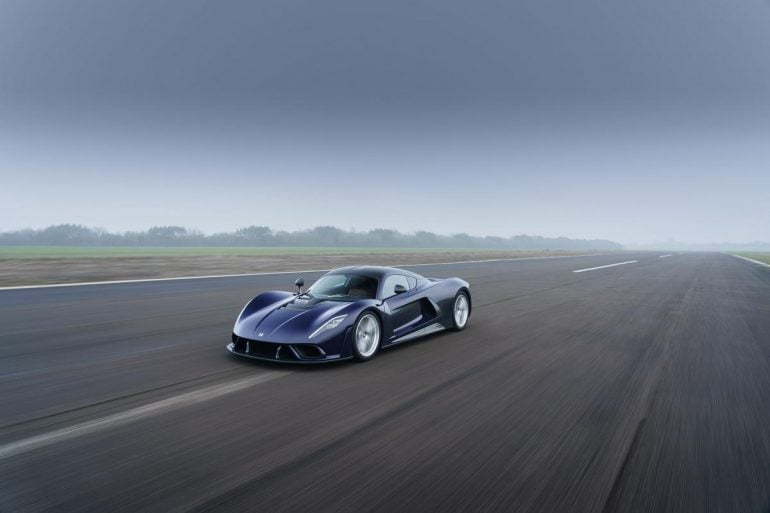 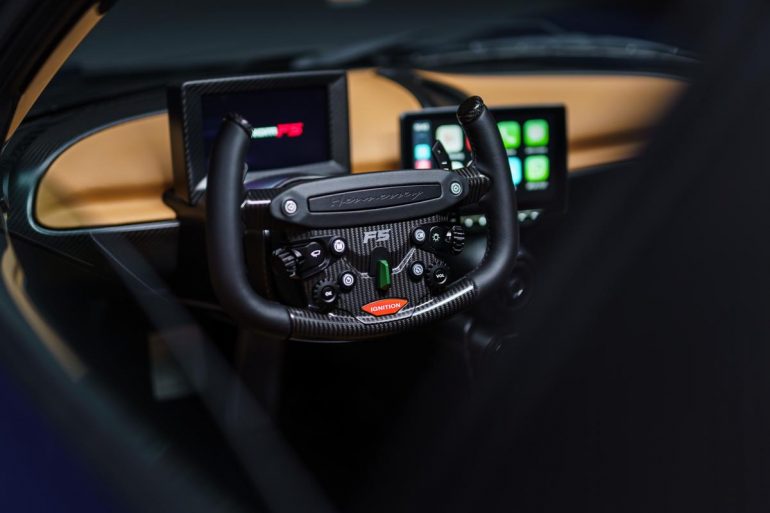 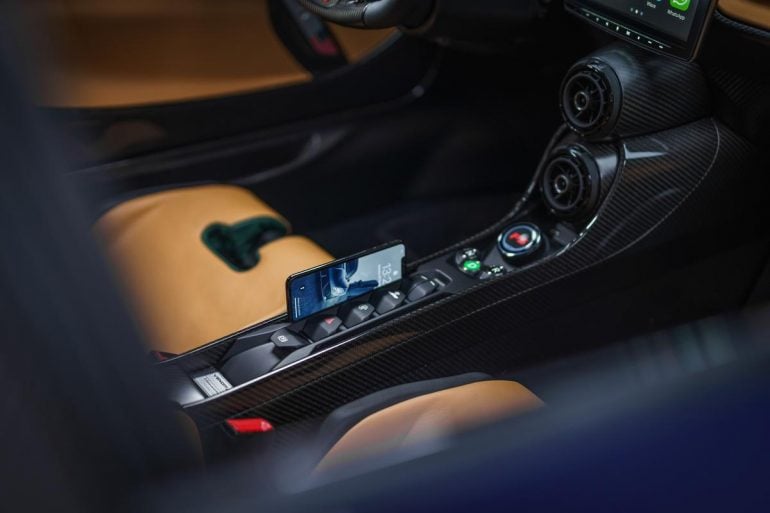 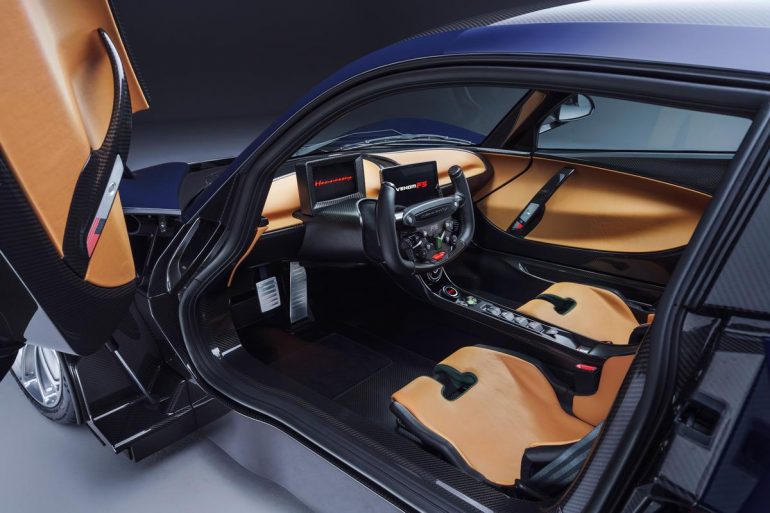 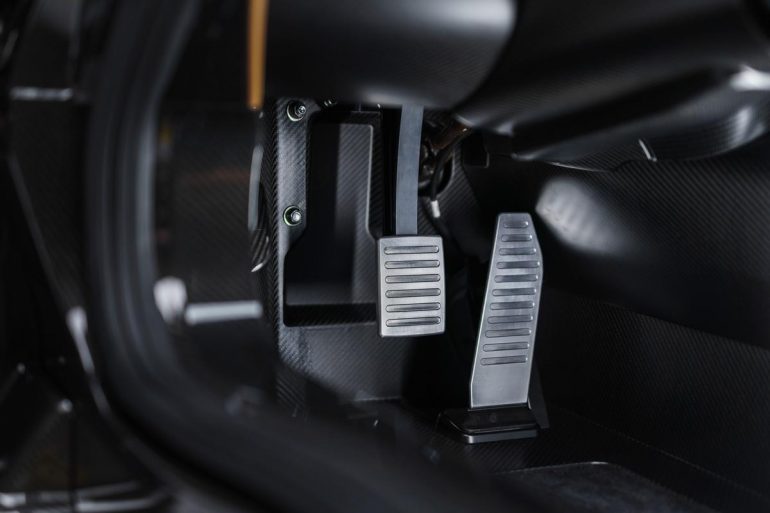 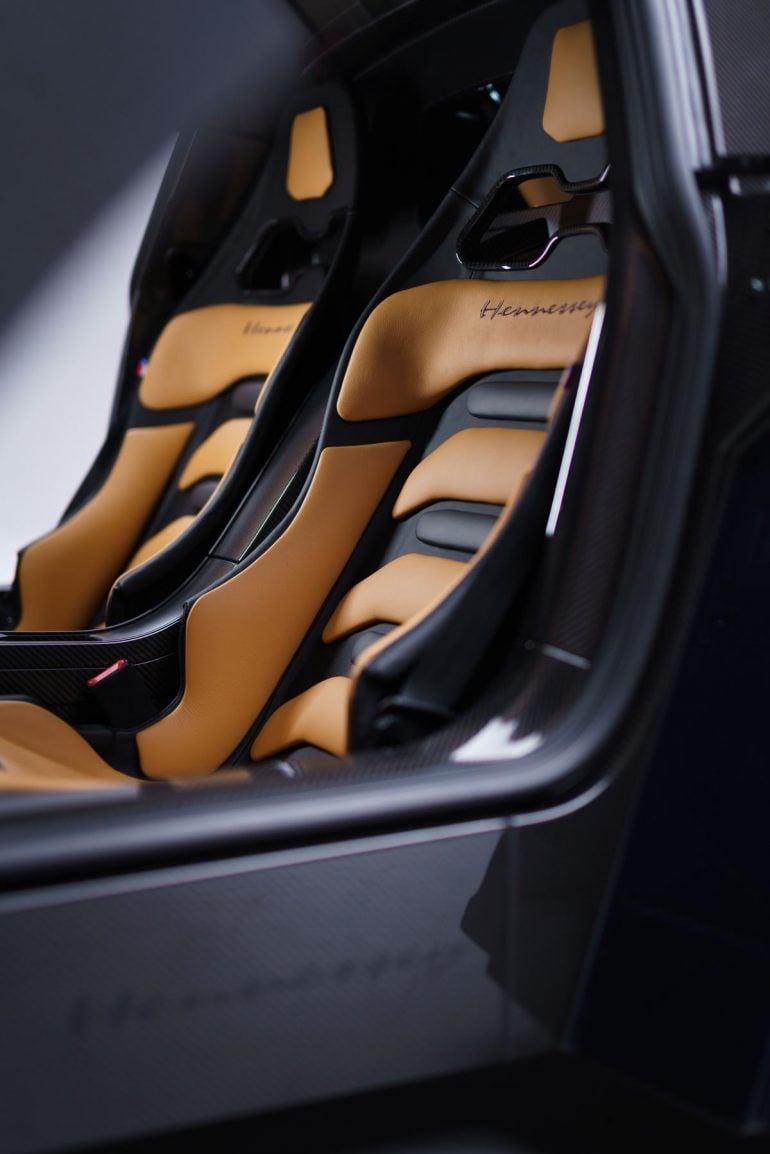 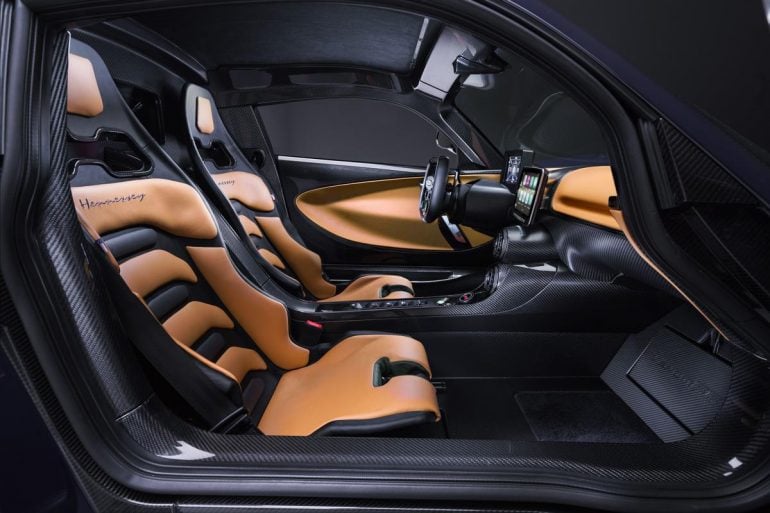 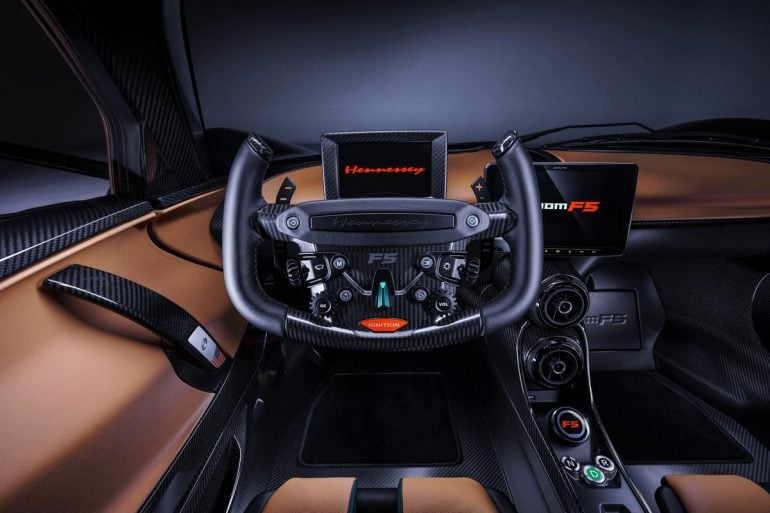 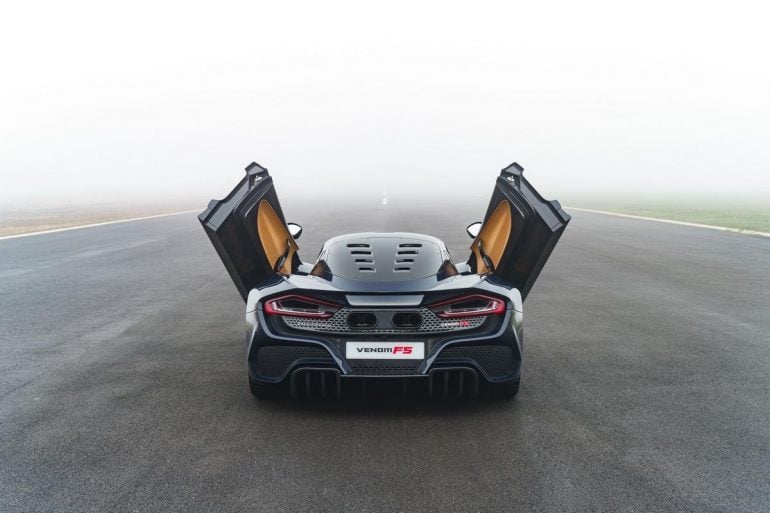 [Via: Car and Driver]

Tags from the story
Bugatti-Chiron, Hennessy