Rejoice all the Jag lovers; the brand new affordable Jaguar XE has finally arrived! Ready to poach the customers from the German trio of BMW, Mercedes and Audi, Jaguar finally unveiled the XE yesterday which is an attempt to conquer the segment of compact executive saloons. The British automaker had teased the car earlier this year at the Geneva Motor Show and since then it has manage to create quite a buzz in the automotive market. With the 2015 Jaguar XE, the company aims to repeat the success it has achieved with the XF which has been till now the entry-level Jaguar in the market. Both the cars do share quite a few design elements, but I won’t hesitate to say the smaller sibling is better looking. 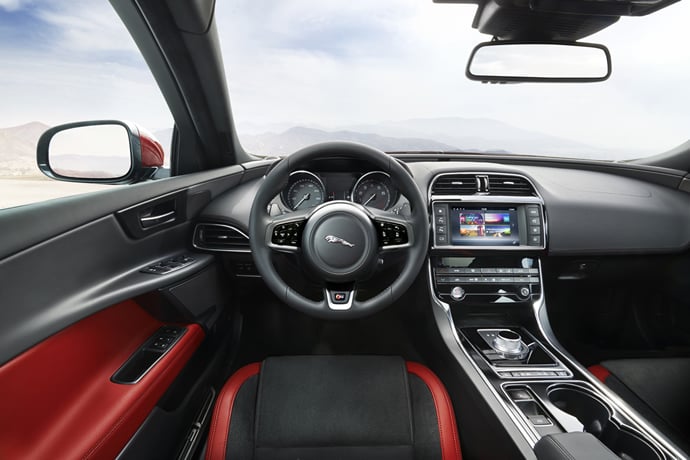 Talking about the styling of the exterior, the front end looks a lot more aggressive than the rest of the range thanks to the sharp headlights. It wears the same scowling face pioneered by the XJ and the XF, while the long hood and side vents mimic the styling of the two-seater F-Type sports car. Even the taillights have been derived from the XF but don’t come with chrome surrounds. However, the rear and the door mirrors do look a tad bit out of proportion. On the inside, Jaguar has released only three images so the information we have currently is limited. All we know is that the interior isn’t too different than its elder siblings either. Some other noticeable features include a deep centre console with engine start button, steering wheel, dials and cluster needle sweep lifted from the F-Type. Another technological feature is the laser head-up display which provides the driver with information such as speed and navigation instructions. 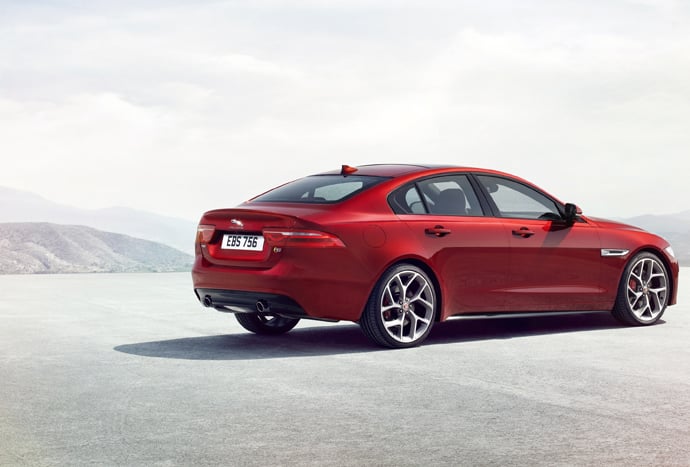 The Jaguar XE range will consist of three engine variants to begin with: a petrol V6, a four-cylinder petrol and a new four-cylinder diesel. The range topping Jaguar XE S gets the 340 hp supercharged 3.0 litre V6 which it shares with the F-Type V6. It has a peak torque of 450Nm which allows the car a 0-60 mph time of 4.9 seconds and an electronically limited top speed of 155 mph. The rest of the engines available on the XE will be part of a new “Ingenium” family, which will be built in the UK using a modular design. Power will be sent to the rear wheels. As for the pricing and availability, the Jaguar XE won’t hit the showrooms anytime soon and even the pricing has been kept under the wraps. That means that we should be learning a lot more about the XE in the coming months.