We are just a couple of days away from the 2014 Paris Motor Show and the list of pre-debut reveals is getting bigger by the day. The latest to break cover is Mercedes’ most potent C Class model. Introducing the 2015 Mercedes-AMG C63, and if you’re a big car nerd like me then you must have noticed the name. Yes, it’s the third Mercedes model in the recent past to drop ‘Benz’ from the name. It’s no longer the Mercedes-Benz C63 AMG and just like the newly revealed Mercedes-AMG GT, there no mention of Benz in this AMG product. The Mercedes C63 AMG is one hell of a sleeper car which has tarmac ripping power thanks to the beefy 6.2 liter naturally aspirated V8. The 2015 AMG C63, however, will come with the same twin-turbocharged 4.0-liter V8 found in the AMG GT. 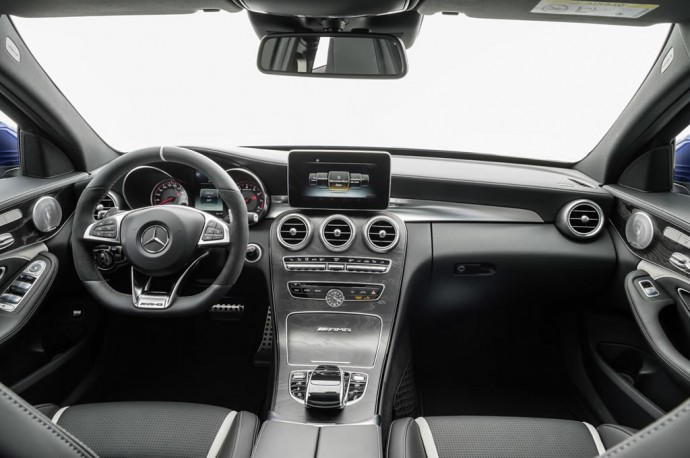 Just like the AMG GT, the AMG C63 will be offered in two states of tune. The standard C63 will pack 469 horsepower and 479 pound-feet of torque. It is enough to power the 3,615lb sedan to 62 miles per hour in four seconds flat. And for those how want even more grunt, Mercedes will also offer the more powerful C63 Edition S, with 503 hp and 516 lb-ft, which is a tenth of a second faster. In both the versions, the power is channeled to the rear wheels via Mercedes’ seven-speed AMG Speedshift dual-clutch transmission, which has been re-tuned for the C63 application and is said to be “even faster in its reaction times.” In addition to the two versions, the German automaker has also come up with a special edition of the AMG C63 which has been named ‘Edition 1’. Edition 1 is a name that Mercedes gives to its special edition cars that come with extra kit and sexier styling. 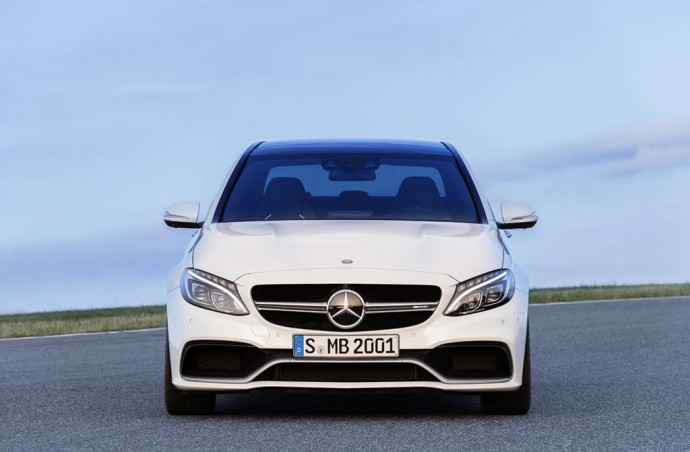 The Mercedes-AMG C63 Edition 1 is based on the C63 S model and will be offered for sales only in the first year of production. In terms of visual upgrades, it gets red inserts on the radiator grille, red finish for the ORVMs, 19 inch alloy wheels with a new design, matte gray side strips on doors and rear bumper and a carbon fiber spoiler on the boot. On the inside, the car gets AMG Performance seats wrapped in Nappa leather with red diamond pattern stitching, flat bottomed steering wheel, red seat belts and AMG floor mats with red finish. Pricing is yet to be announced but the two variants will go on sale in March next year in the US and the special ‘Edition 1’ will be offered at launch.