Mercedes Benz has unveiled the all-new 2015 C-Class, and this 4th generation model codenamed ‘W205’ is more revolutionary than just being evolutionary. Mercedes has given its baby saloon a thorough makeover from the ground up to make it more luxurious and more elegant than its predecessor. Not only visually, but many things underneath the shell have been upgraded to match the refinement of the top-selling model of the marquee to its more expensive siblings. It’s sleeker, sexier, and looks like a cross between S-Class and A-Class. The new design features pulled-back LED headlights and prominent styling lines along the body, and a sloping roofline that strongly resembles Mercedes’ new design philosophy. 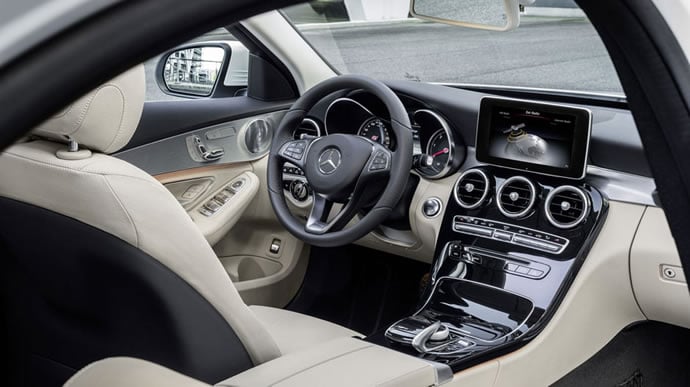 The 2015 C-Class will come with the new modular rear-drive chassis architecture or MRA that will underpin all the large Mercedes in the coming future. It features much of the bells and whistles, including the latest safety features that were earlier limited to bigger Mercs. Some of the new systems that have been added are: Attention Assist, Adaptive Brake Assist, Collision Prevention Assist Plus, Distronic Plus with Steering Assist, Brake Assist System Plus and Enhanced Active Lane Keeping Assist, as well as Active Park Assist, a 360-degree camera, and Traffic Sign Assist with Wrong-Way Alert. 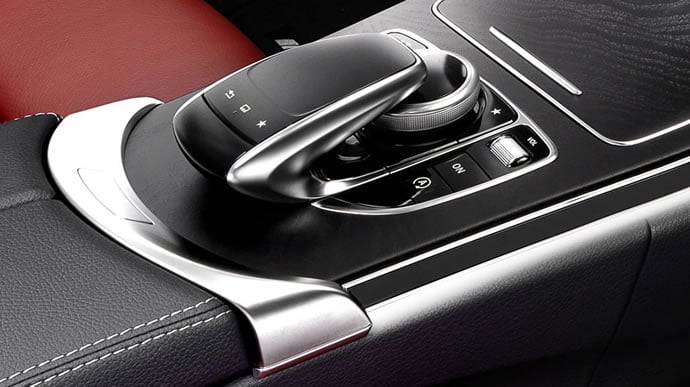 On the inside, Mercedes has taken a huge step forward in terms of quality and equipment. The conservative interior from the current model has been swapped with a more up-market cabin packed with numerous high-tech features borrowed directly from the S-Class. The most noticeable of all is the beautiful center console which features a 7 or 8.4-inch display, retro air vents, touchpad controller, and a head-up display. The U.S. market will get two C-Class models: C300 4MATIC with a 2.0L turbocharged direct-injection in-line four-cylinder engine with 235 hp and 273 lb-ft of torque and a C400 4MATIC with a 3.0L turbocharged direct-injection V6 at 329 hp and 354 lb-ft of torque. Pricing and availability will be announced at its official launch event at the Detroit Motor Show scheduled for January 2014. Watch the video posted by Mercedes in which Michael Schumacher tries all the safety features and latest gadgetry added to the new C-Class. 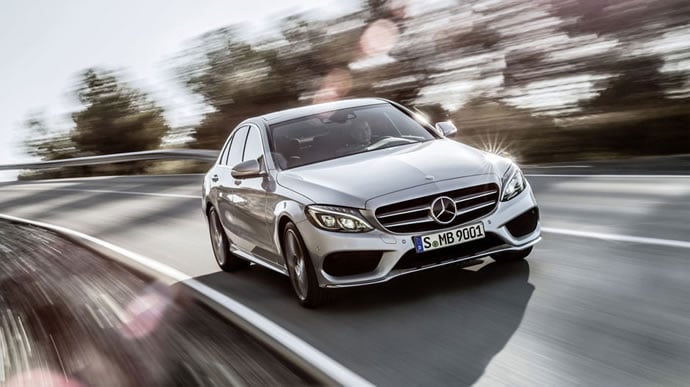 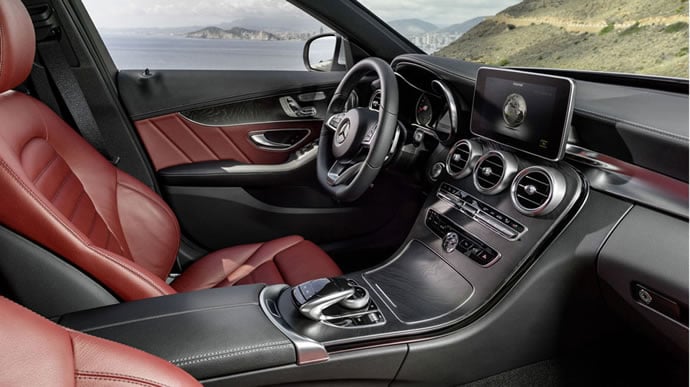 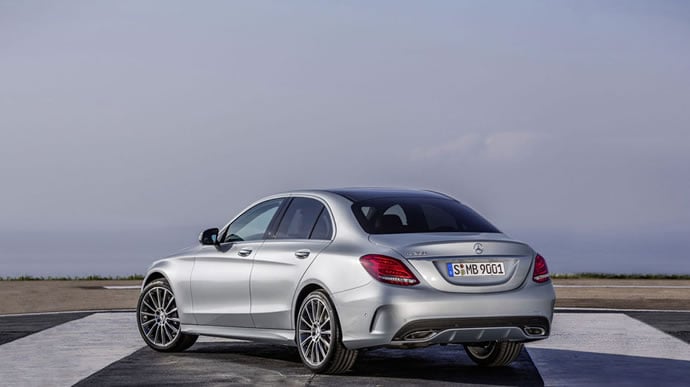 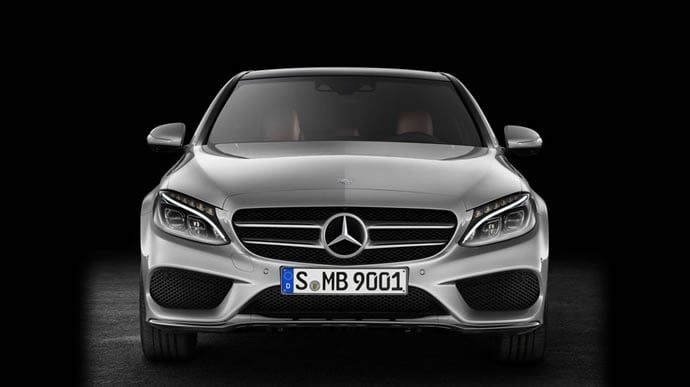 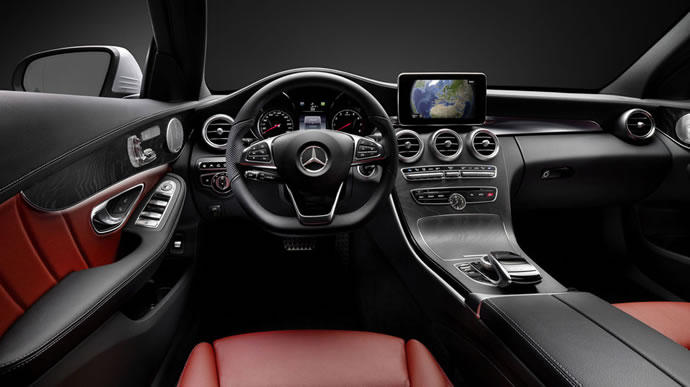 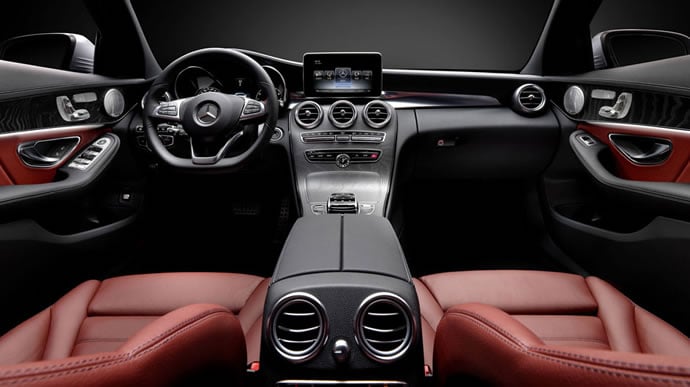 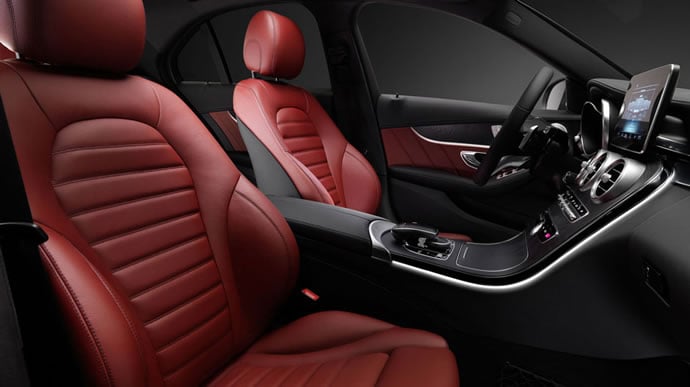 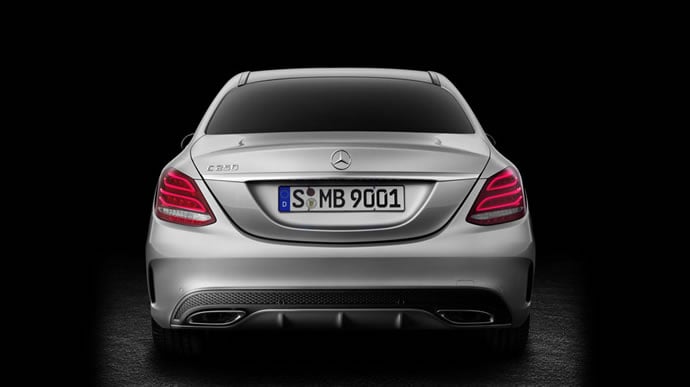 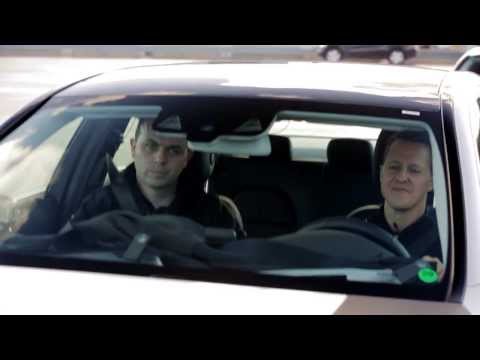