With the launch of Porsche Macan, its bigger sized sibling Cayenne might see its market shrink a bit but the German automaker has announced several key upgrades and subtle facelift for the 2015 model which should fuel its sales. Introduced in 2002, Porsche has sold over half a million units of Cayenne, reversing the company’s fortune, despite the brand’s loyalist always having disliked it. Leaner, meaner and with a higher level of standard specifications, the latest Cayenne is all set to prove its detractors wrong once again. The exterior changes might not be very impressive, though it’s a definite improvement from the current model, but engineers have worked miracles to squeeze even more power, performance and better fuel economy into the latest model. 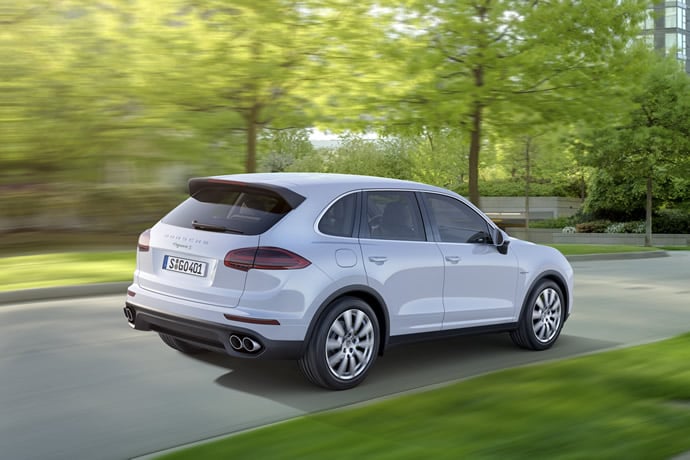 Starting with the performance upgrades, Porsche is now offering four choices in terms of the powertrain. Now the range starts with the Cayenne Diesel, followed by the Cayenne S, the new Cayenne S E-Hybrid and the top-of-the-line Cayenne Turbo. The Diesel model carries over the same 3.0-liter turbo diesel with 240 horsepower. The new Cayenne S on the other hand packs a 3.6-liter twin-turbo V6 that’s similar to the one found in the Macan Turbo and packs the same 406 lb-ft of torque but with more power at 420 hp. That is 20 more than the previous model. The S E-Hybrid combines a 95 hp electric motor with a 3-liter, 333hp, supercharged V6. Top of the line Cayenne Turbo carries over the same 4.8-liter twin-turbo V8 but the power has been upgraded to 520 hp and 553 lb-ft. 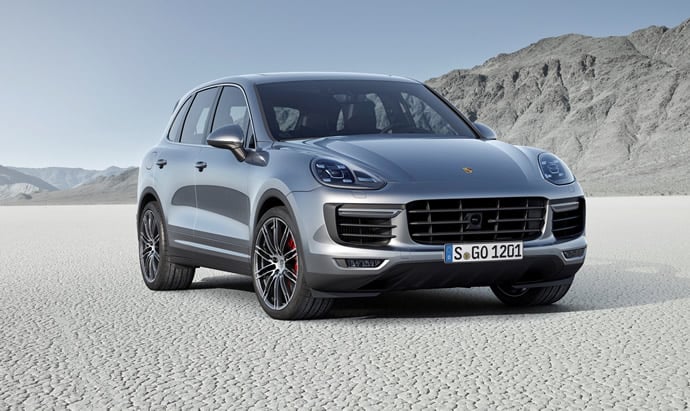 As for the design changes, Porsche has updated Cayenne’s exterior design with new front- and rear-end styling. The front bumper, fenders and hood are all brand new, with air fins flanking the nose to direct air into the intercoolers. The 2015 Cayenne also gets new bi-xenon headlamps and daytime running LEDs on every model except for the Turbo, which has all-LED headlamps. At the rear there are new taillights, tailgate handle, lower rear fascia and exhaust pipes. Pricing starts at $61,700 for the Cayenne Diesel, $74,100 for the Cayenne S, $76,400 for the Cayenne S E-Hybrid and a whopping $113,600 for the range-topping Cayenne Turbo. 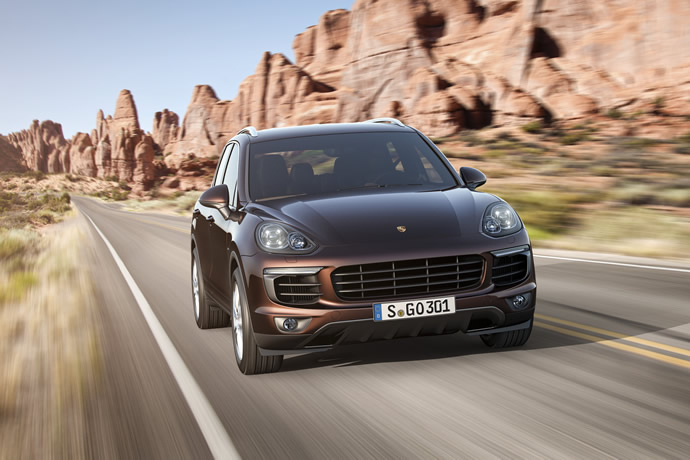 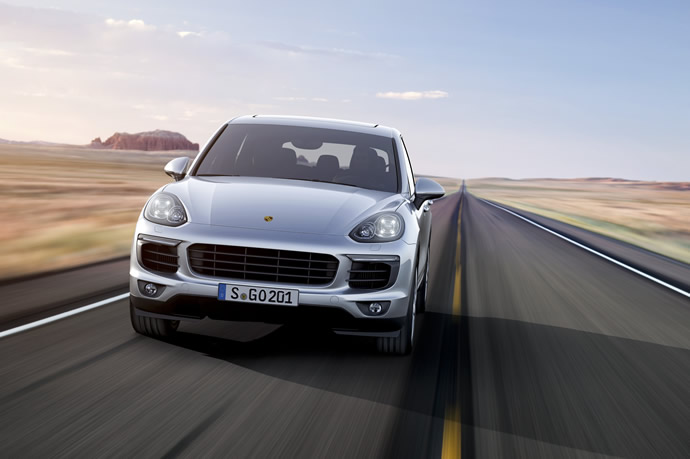