AMG was founded more than half a century ago by two ex-Mercedes-Benz employees named Hans Werner Aufrecht and Erhard Melcher, both with an immense passion for motorsport and engineering. This year marks the 55th anniversary of the Affalterbach-based company and Mercedes plans to create several celebratory models as a tribute to its high-performance subsidiary. Alongside the Mercedes-AMG G63 Edition 55, the German manufacturer has also revealed the most powerful customer car by AMG till date. Called the Mercedes-AMG GT Track Series, it’s a purpose-built track weapon that represents the most extreme version of the Mercedes-AMG GT sports car. 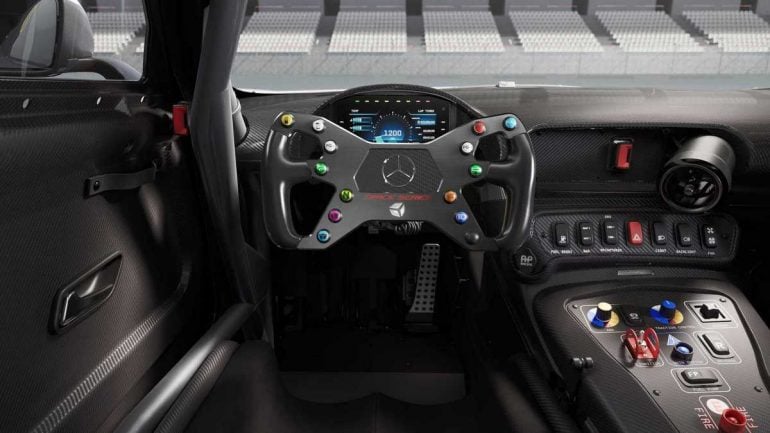 The Mercedes-AMG GT Track Series is based on the already-extreme road-legal Black Series that came out last year. However, the Track Series has been built only to be used on race tracks, which means it doesn’t have to stick to the limiting government regulations. As a result, the German automaker has equipped the sports car with motorsports-grade components. While it gets the same AMG 4.0-liter twin-turbo V8 with a flat-plane crankshaft found in the Black Series, the motor benefits from custom motorsports injectors along with a new state of tune, helping it produce 734 hp and 627 lb-ft of torque. That’s a gain of 14 hp and 37 lb-ft over the road-going model. 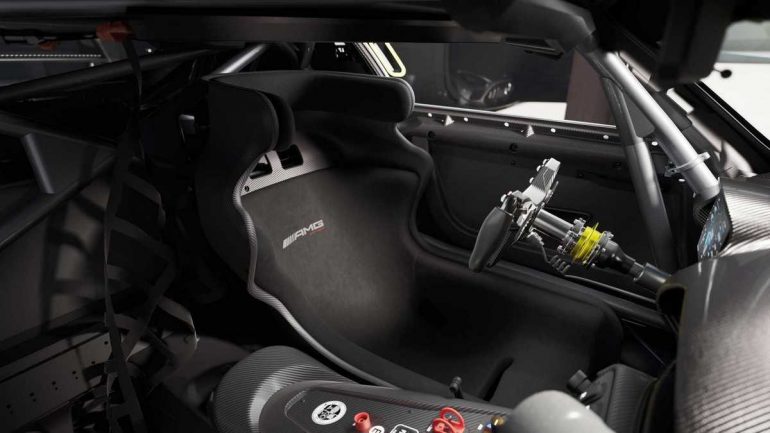 In addition to the upgrades revised by the V8, the Mercedes-AMG GT Track Series is also fitted with a sequential Hewland HLS 6-speed racing transaxle for lightning-speed gear shifts. The track-oriented sports car also gets an adjustable racing differential along with a set of four-way adjustable Bilstein dampers and racing steel brake with adjustable brake balance like the setup usually found in a racing car. 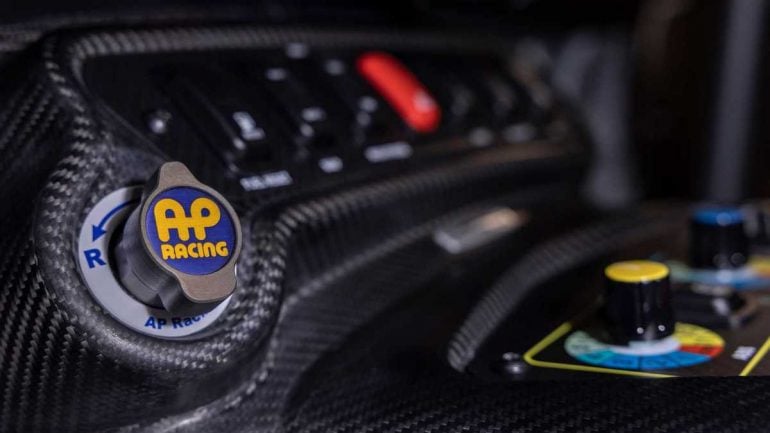 In terms of aesthetics, the anniversary-special track car is understandably covered with aggressive aerodynamic components to maximize downforce for optimum performance at race circuits. The Mercedes-AMG GT Track Series even gets more carbon fiber parts to help shave more unnecessary weight, bringing down the curb weight to 3086 lbs. The limited-edition looks like a proper race car from the outside as well the inside. The cabin is devoid of all kinds of creature comforts and is reduced to just bare basics. It features an integrated roll cage, a fire suppression system, and even an extrication hatch in the roof, which are the basic needs to “meets the latest FIA standards.” Only 55 examples of the GT Track Series will be produced and it will be directly sold to customers by Mercedes-AMG for $405,575. 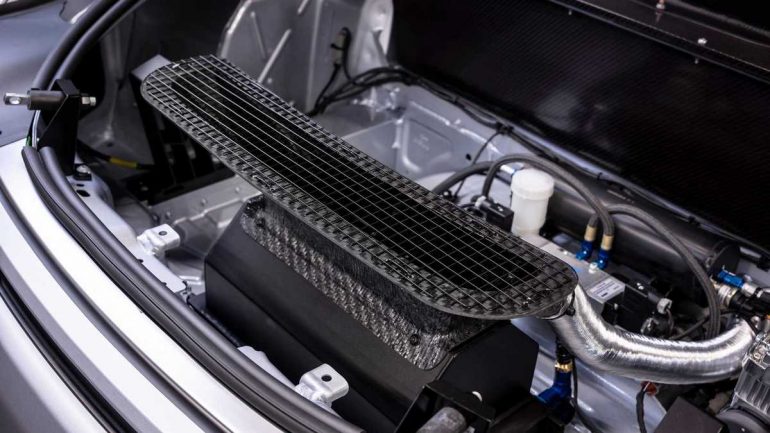 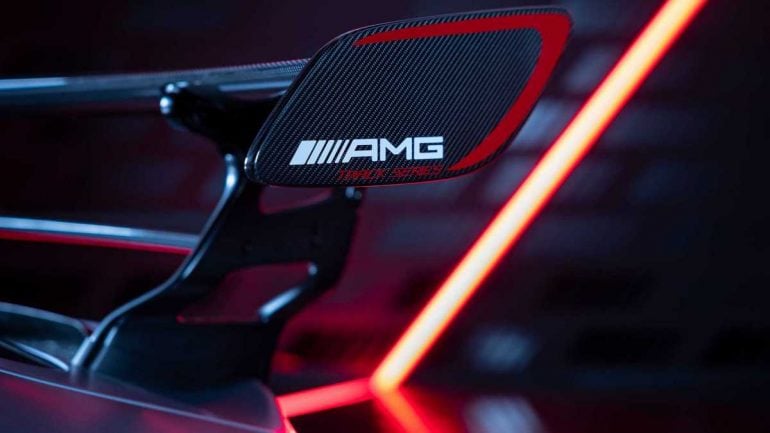 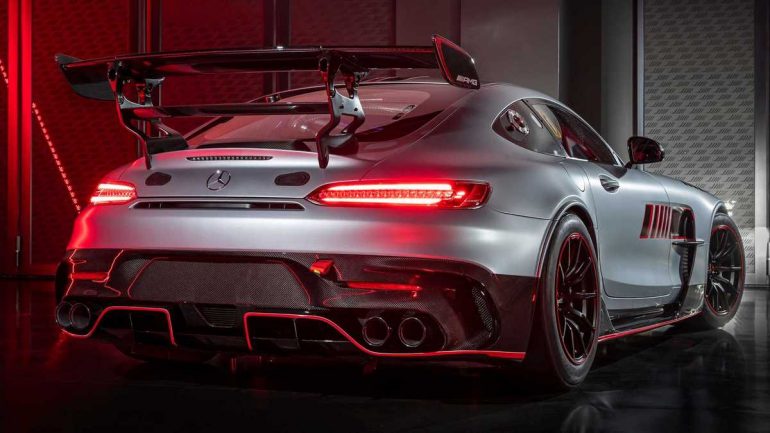 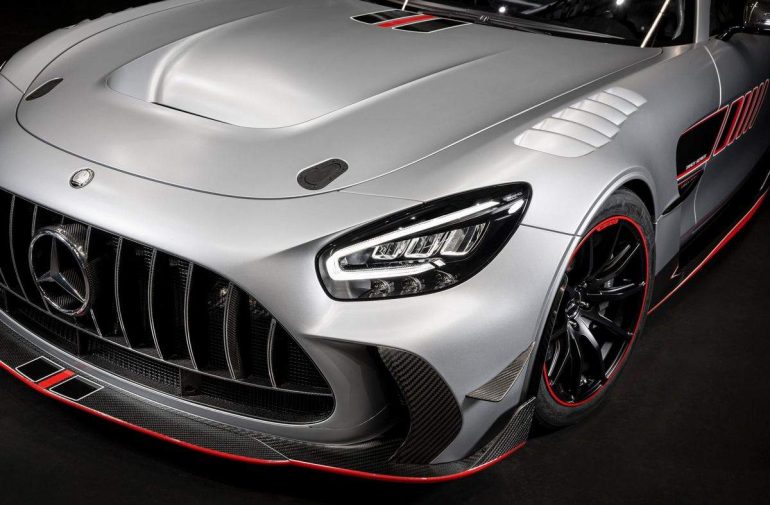 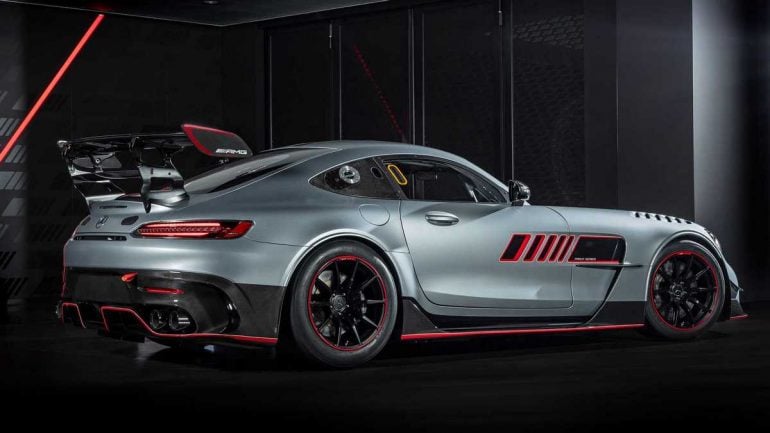 Tags from the story
Limited-Edition, Mercedes-Benz-AMG