What you see here is the newly-revealed Mercedes-AMG G63 Edition 55 which has been created to celebrate the 55th anniversary of AMG. This is the second special edition G-Wagen to be launched by the German manufacturer within a month. The limited-edition G-class Edition 550 was unveiled a few weeks back; although, it was based on the non-AMG G550 model. What’s surprising is that Mercedes had recently announced the G-Class was completely sold out till 2025 and it had to seize accepting fresh orders for the luxury SUV. Yet, somehow, this hasn’t stopped the automaker from churning out limited-production special editions. 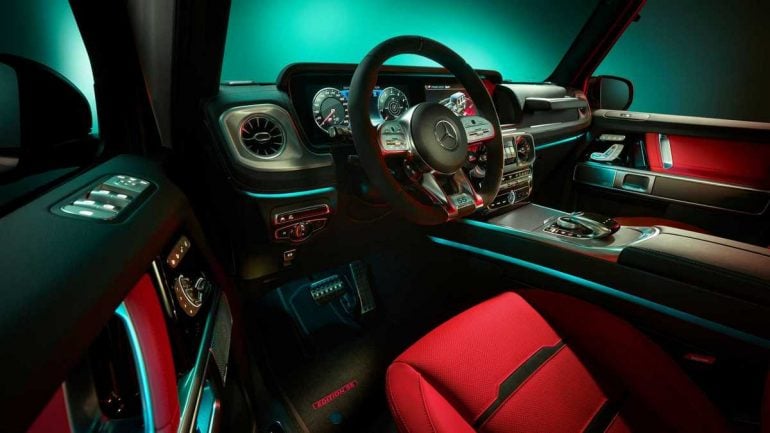 Coming back to the new Mercedes-AMG G63 Edition 55, as the name suggests, the special edition is based on the AMG G63, which is powered by a 4.0-liter twin-turbo V8. The powertrain remains unchanged in the special edition and it makes 577 horsepower and 627 pound-feet of torque. The power is sent to all four wheels through a nine-speed automatic. As for the cosmetic changes, the Edition 55 is available only in two colors: Obsidian Black Metallic or G Manufaktur Opalite White. It also features a special decal on the lower portion of the doors with the AMG emblem incorporated into the design. The AMG Night Package and Night Package II are also supplied as standard and add blacked-out accents. Bespoke 22-inch forged wheels with a cross-spoke design and a Matt Tantalum Grey finish round out the special touches on the outside. 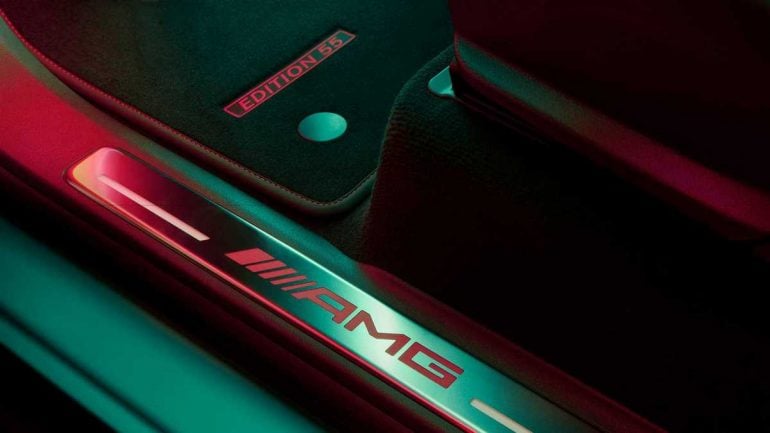 Inside the cabin, Edition 55 features a sporty black and red color combination, which includes seats that are upholstered in two-tone Nappa leather. There is plenty of commemorative branding like the “55 AMG” badge on the center spoke of the steering wheel which is decked out in Mercedes’ Dinamica microfiber material. Additionally, Edition 55 gets AMG-branded black velour floor mats with contrasting red stitching and special stainless steel tread plates with red illumination. “The departure into the next 55 years of the company’s history will certainly be as exciting and challenging as the task our company founders Hans Werner Aufrecht and Erhard Melcher set themselves back then,” said AMG boss Philip Schiemer. The Edition 55 is only available in Europe and can be had for a premium of €17,850 (almost $20,000) over the price of the standard AMG G63. 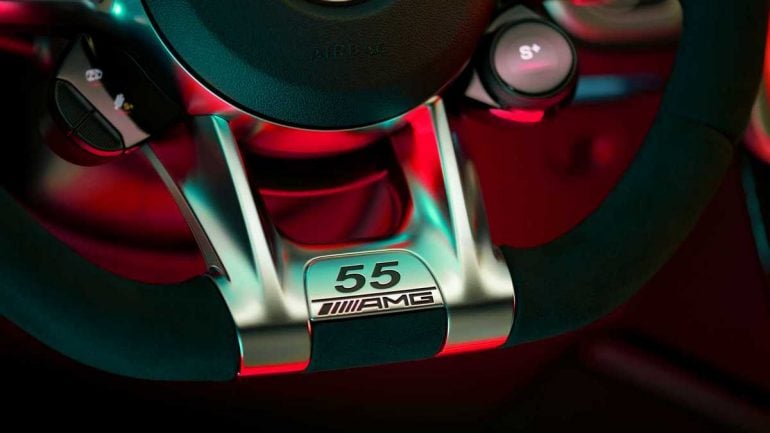 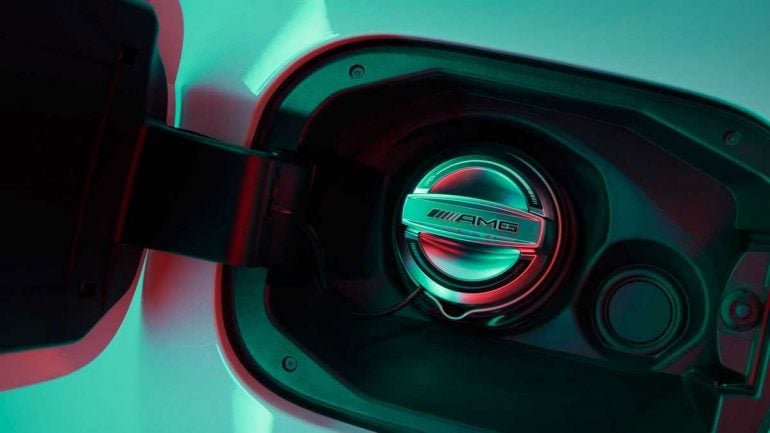 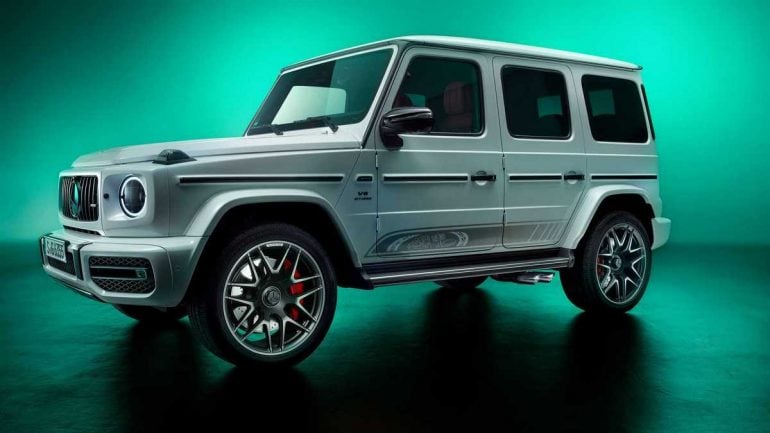 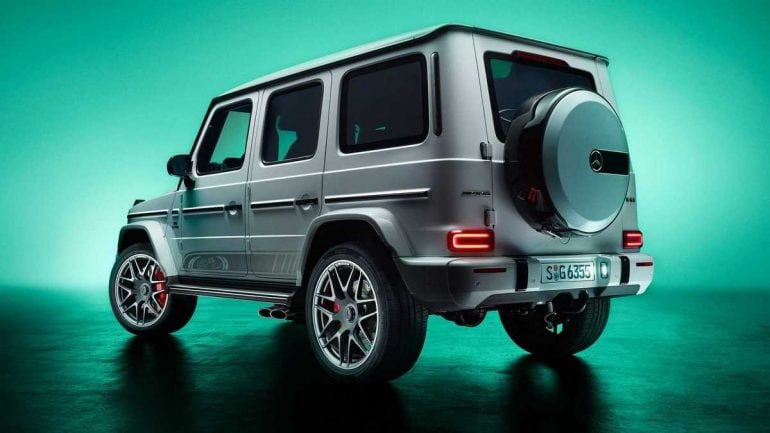