Mercedes-Benz is expanding its family of EVs at a rapid pace and the newest to join the line-up is a souped-up version of the EQE electric sedan that wears an AMG badge. The Mercedes-Benz EQE is the smaller sibling to the manufacturer’s flagship EQS electric sedan which has already received its own AMG version. In the typical AMG fashion, the German manufacturer’s performance arm has worked its magic on the luxury sedan to give it more horsepower and performance. The brand has also stuck with its familiar nomenclature by naming the EV AMG EQE53. The only difference from the good old days is AMG hasn’t shoehorned a V8 into the luxury sedan but rather fitted the EQE with a pair of AMG-exclusive electric motors. 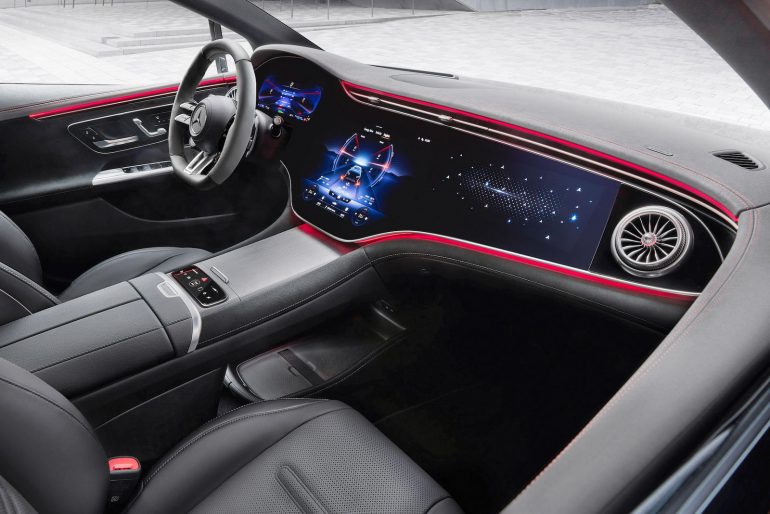 The Mercedes-AMG with its dual electric motors gets 617 hp (and 701 pound-feet of instant torque. However, adding the optional Dynamic Plus package takes the total output to 677hp and 738 lb-feet of torque. But the extra power is only available as a temporary boost, similar to what you get in Porsche Taycan Turbo S. In comparison, the standard rear-drive EQE350 is powered by a single electric motor that churns out 288 horsepower. Mercedes claims that the EQE53 can sprint from 0 to 60mph in just 3.4 seconds in the standard form and 3.2 seconds with the optional package. The top speed is governed at either 137 or 149 mph. 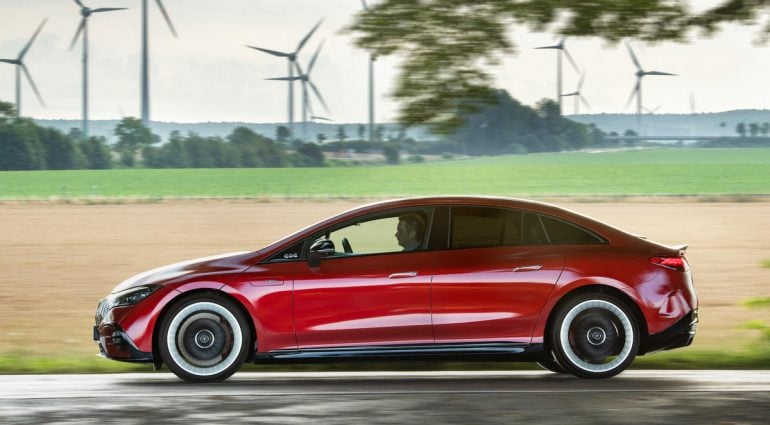 The dual-motor setup also gives the EQE53 4Matic+ all-wheel drive, but the AMG-exclusive powertrain’s power delivery is rear-biased. The motors draw power from the same 90.6-kWh unit as the standard EQE, which means the AMG version is likely to offer a reduced range; although, Mercedes is yet to officially reveal the range. Mercedes says the AMG EQE has a provisional WLTP range of 276 to 322 miles. In terms of performance upgrades, the EQE53 comes with a staggered tire setup with fatter tires in the rear. The standard air suspension has also been stiffened compared with the standard EQE for sportier handling. Additionally, carbon-ceramic brakes are optional. The pricing is yet to be announced but German automaker says the AMG EQE will arrive in the US starting in early 2023. A lower-spec AMG EQE43 model will be offered in Europe but not in the US. 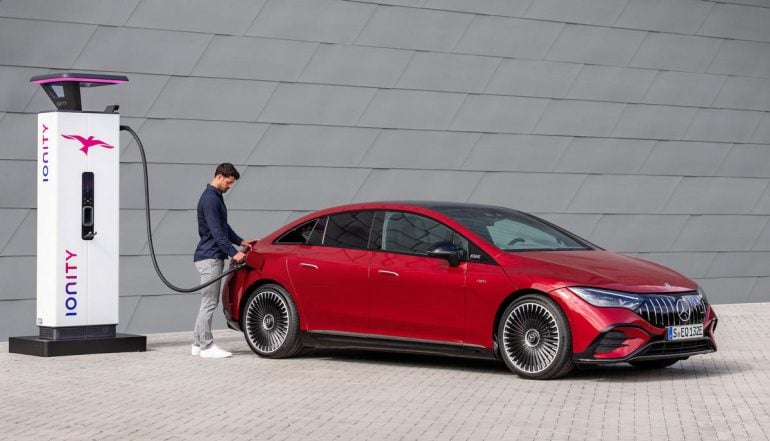 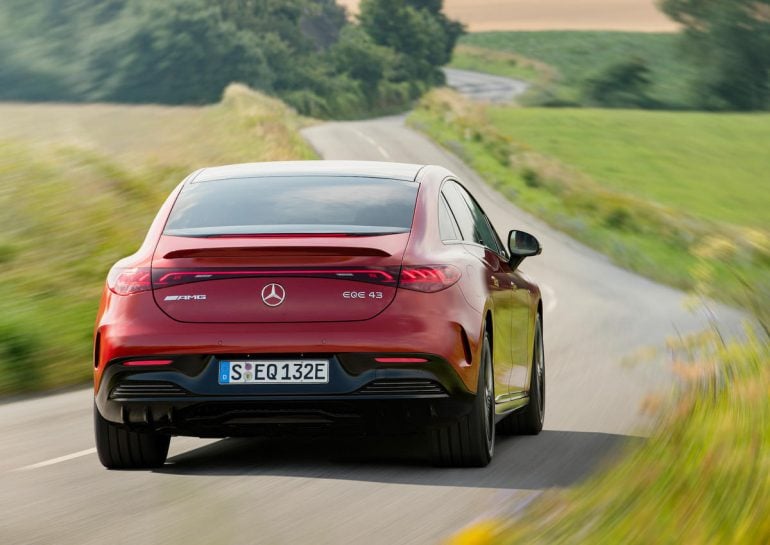