Lamborghini has revealed the ultimate version of the Huracan that has been purpose-built to dominate race tracks, despite being road legal. Introducing the Lamborghini Huracan STO – a supercar built using the technology and learnings from the Huracán Super Trofeo Evo racing car and the Italian marque’s successful GT3 racing models. The STO stands for Super Trofeo Omologata, which basically means it is road-legal homologation special based on the race car that won the 24 Hours of Daytona three times. Don’t be fooled into thinking that it’s just an updated version of the mighty Huracan Performante with slightly different bodywork and an updated aero package. Starting with the weight-saving measures, the STO is 95 pounds lighter than the Performante, which is already a super-light track weapon. Lamborghini says 75 percent of STO’s bodywork is made out of carbon fiber. Even the windscreen is 20 percent lighter than the one found on the Performante, while the wheels are made out of magnesium. The lack of a four-wheel-drive system has also helped to make the limited edition lighter. 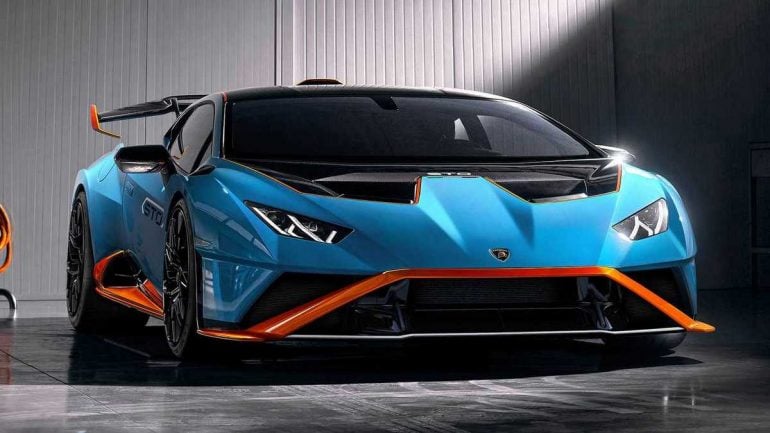 For additional downforce, Lamborghini has completely reworked the aerodynamic package of the supercar which has been developed with “extensive” wind tunnel work. The hood, bumper, and mudguards are all integrated into one single piece. The underbody and the diffuser have also been redesigned for greater downforce, while the NACA intakes derived from the race car improve cooling. The most prominent part of the aero package is the massive rear wing which is manually adjustable to change the aero balance of the car by up to 13 percent. What’s notable is that all the aero elements have cumulatively helped increase the downforce by a whopping 53 percent over the Performante while improving the airflow by 37 percent. The braking system has also been upgraded with a Brembo CCM-R carbon-ceramic setup derived from F1 cars and the magnesium wheels come wrapped in super-sticky Bridgestone Potenza tires that will be offered in both road and track configurations. While the automaker’s Ad Personam program will offer an endless array of customization options, the one seen in the official pictures wears a stunning two-tone finish with Blue Laufey and California Orange colors. 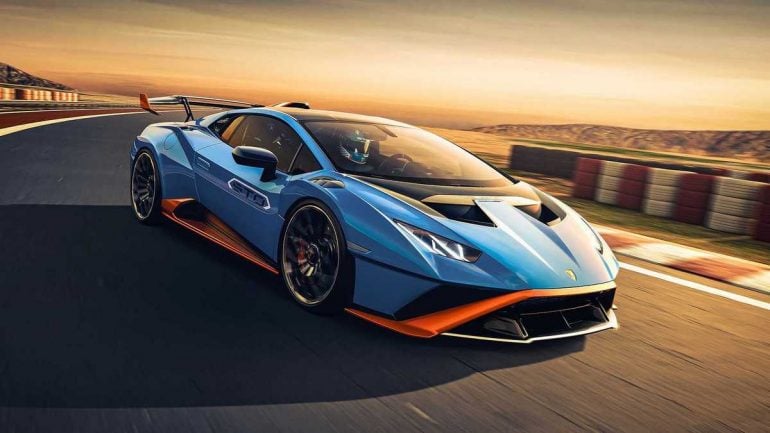 The Huracan STO is powered by the same naturally aspirated 5.2-litre V10 found in other variants of the supercar. Even the horsepower figure is the same as the Performante with 630 hp sent to the rear wheels. However, the torque figure has gone down from 443 lb-ft to 417 pound-feet. The bigger aero package with greater downforce also means slightly lower performance figures. Lamborghini says the STO can do the 0-62mph sprint in 3 seconds, while it tops out at 193mph. But thanks to the better brakes, lower weight, and substantially greater downforce, the STO will more than makeup for it at braking and cornering. The Huracan STO might even go for the Nurburgring lap record which was recently set by the 2021 Mercedes-Benz GT Black Series. After all, it’s a more potent version of the Performante, which itself briefly held the record. As for the pricing, the Huracan STO starts at $327,838 in the United States. 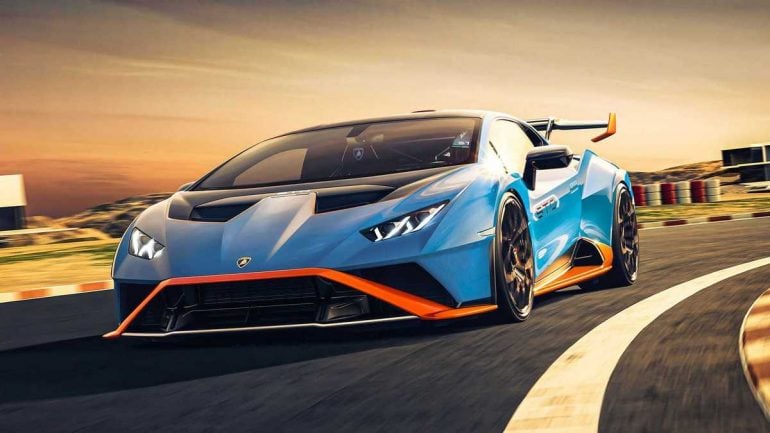 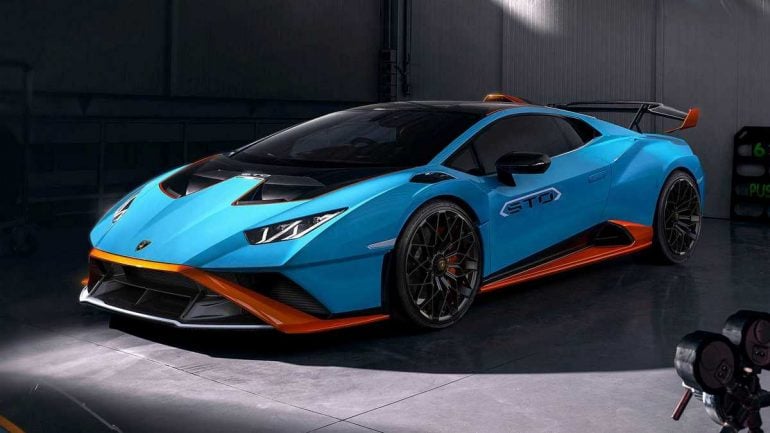 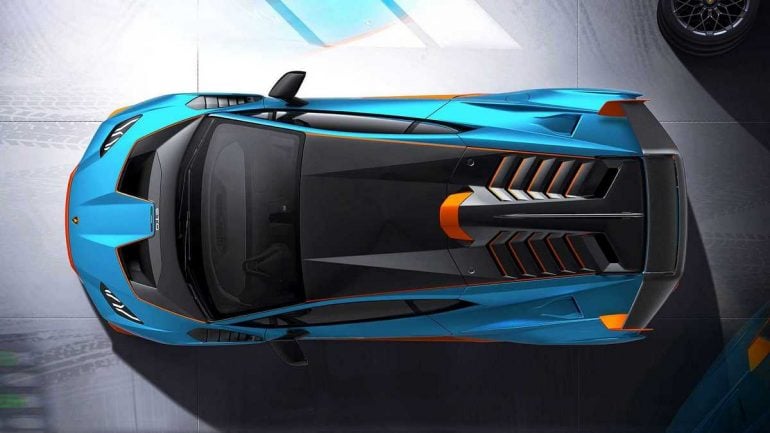 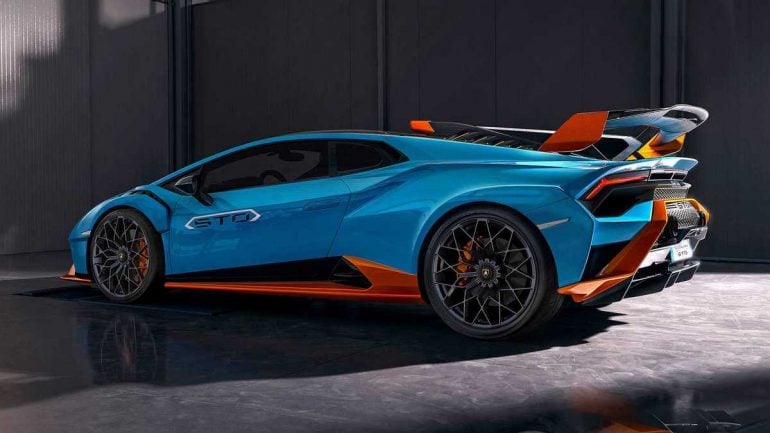 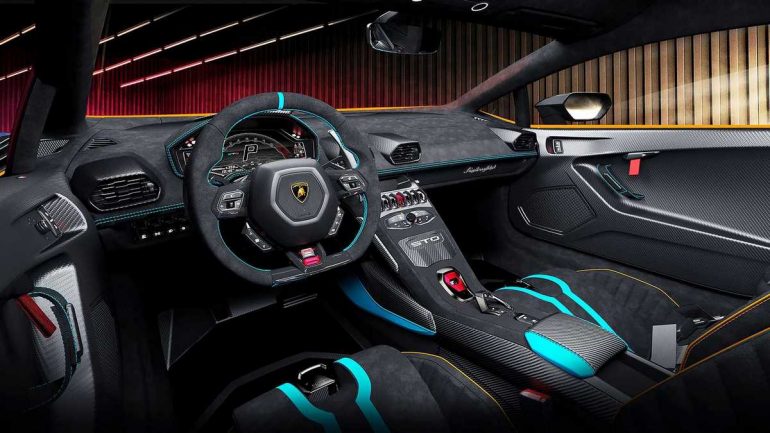 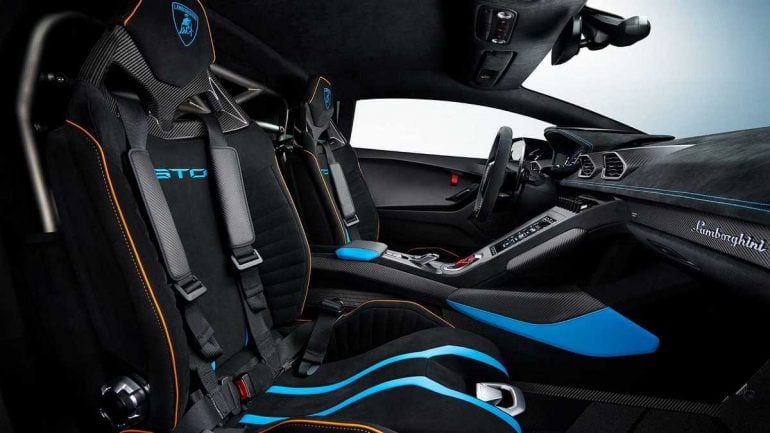 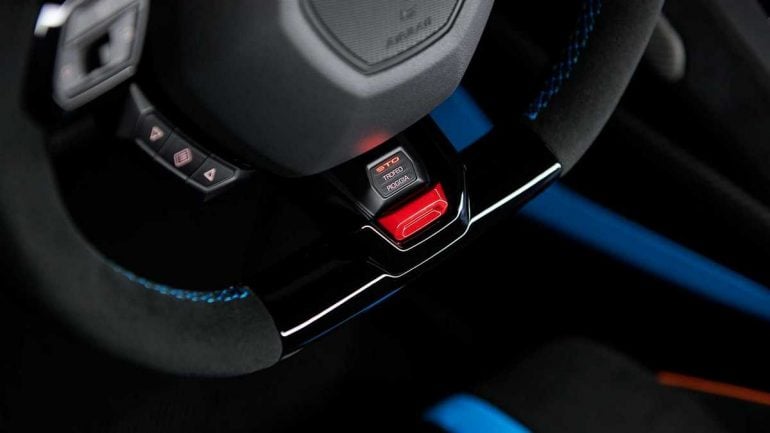 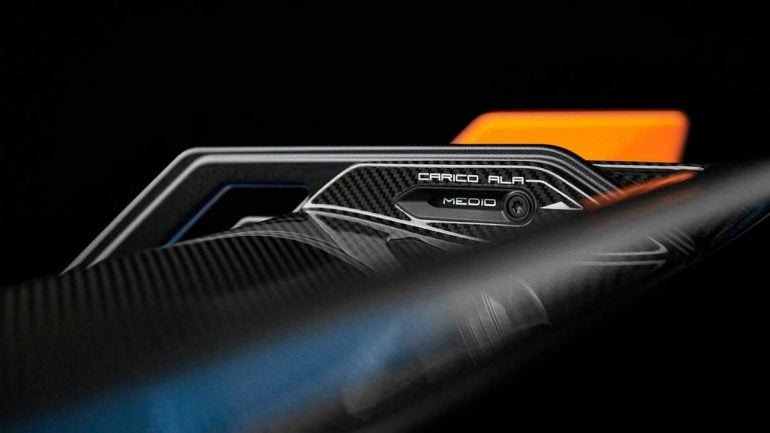 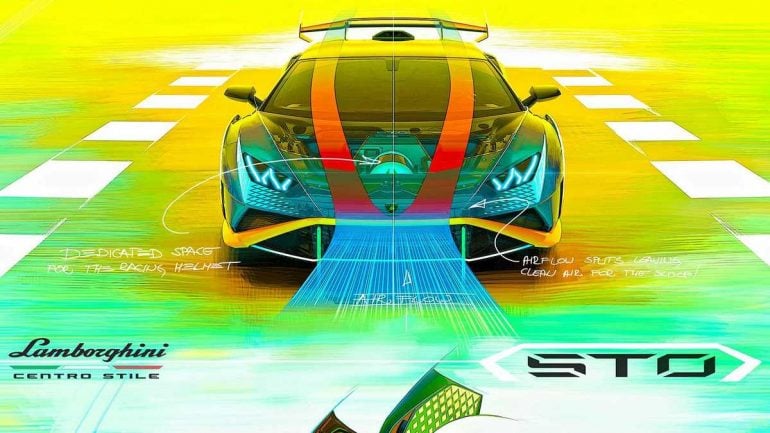 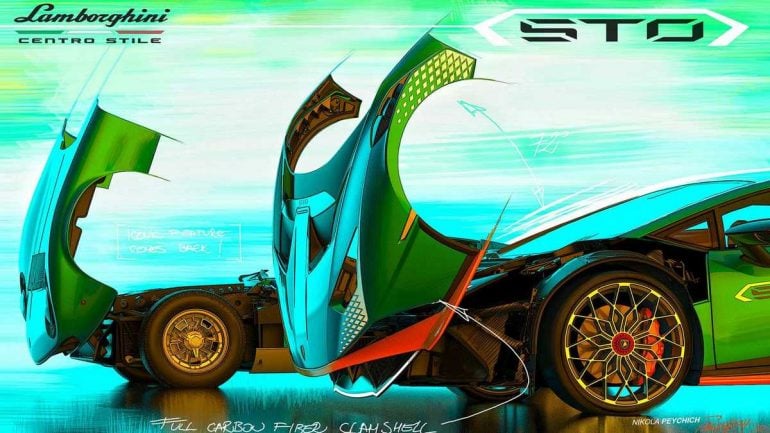 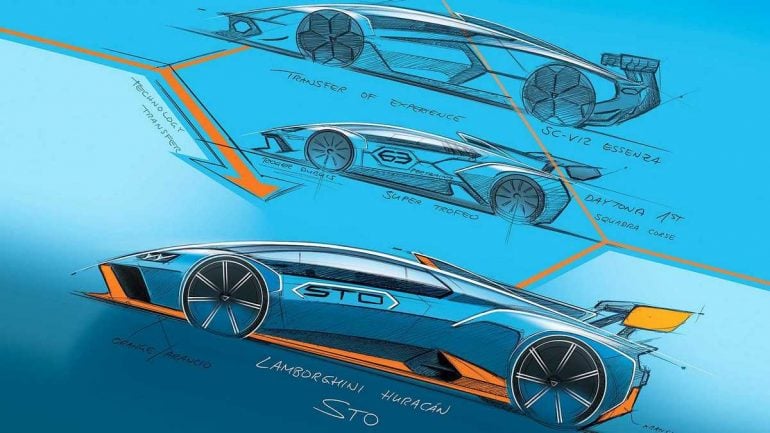 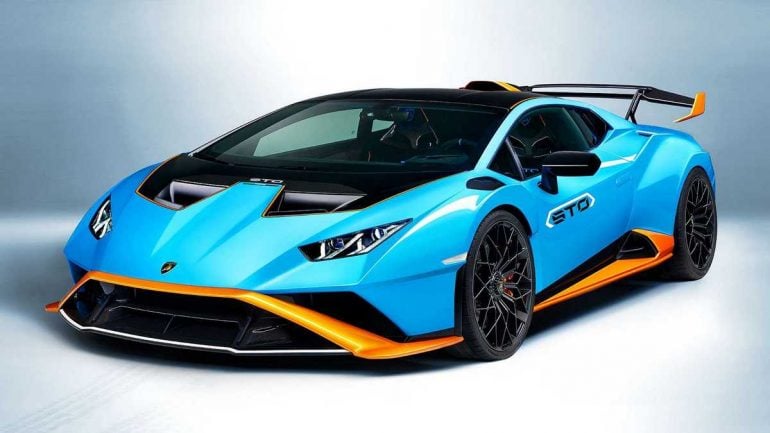