News this gargantuan doesn’t come by every day, and neither do such yachts. Built by South African construction guru Oceanco and designed by Australian Sam Sorgiovanni, “yacht” wouldn’t even begin to describe the magnanimous magnificence that is the ‘Nirvana.’ And the news is that this stellar spectacle is now up for sale. Star of this year’s Robb Report’s Best of the Best, the luxury yacht is indeed best of the best in lavishness and elegance. 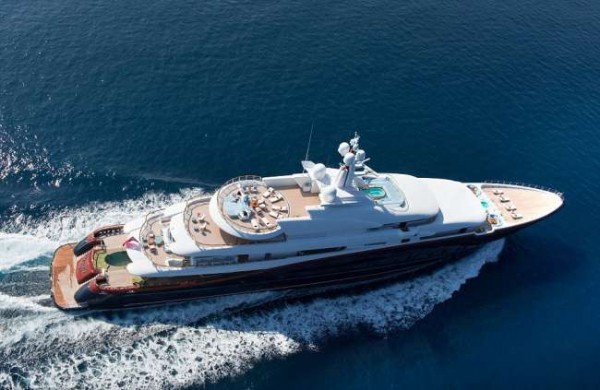 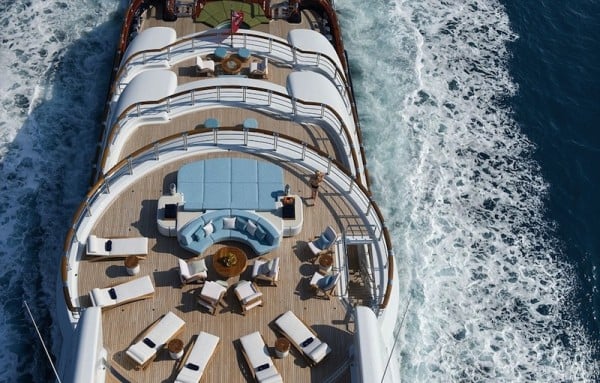 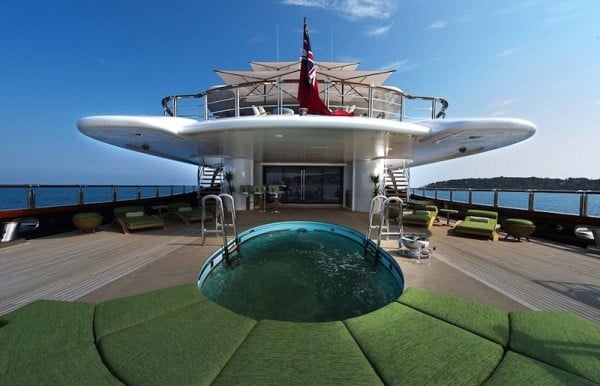 A vast aft deck and a large sunbed area await guests arriving from a fabulous dip in the 7.5m luxury pool, adjoining which, in the main salon, is a bar and exotic reptile house separating it from the dining area. 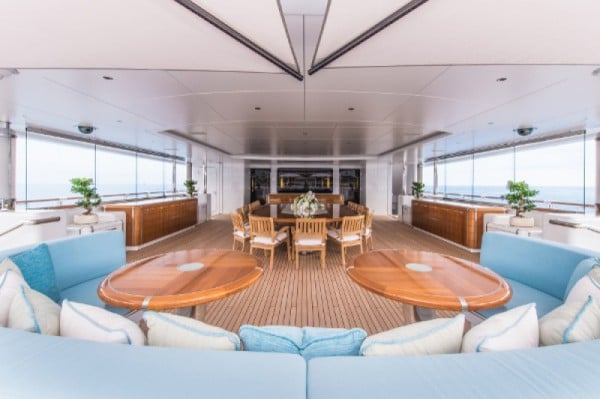 The plush comforts of the Nirvana extend from pool to deck, from couch to sunbed. 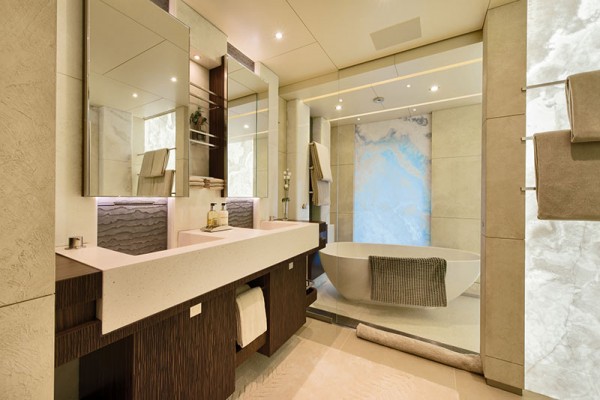 Glamorous guest cabins contour the main deck with floor-to-ceiling windows, as does the full-beam VIP stateroom. 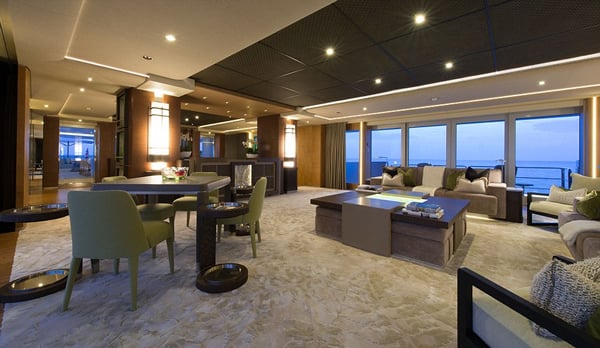 Equipped with unmatched up-to-date amenities, the yacht is the epitome of leisurely luxury. 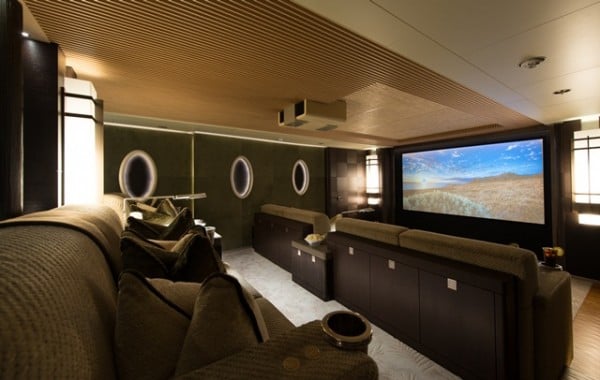 If the sights and sounds of the deck won’t suffice, the mega-yacht even features a state-of-the-art 3D cinema. 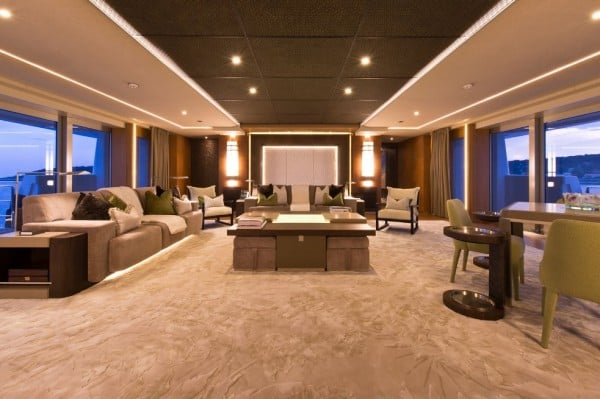 The luxury yacht boats of silver-engraved elevator services all decks and leads guests up to the owner’s deck, which can be transformed into a secluded onboard retreat. 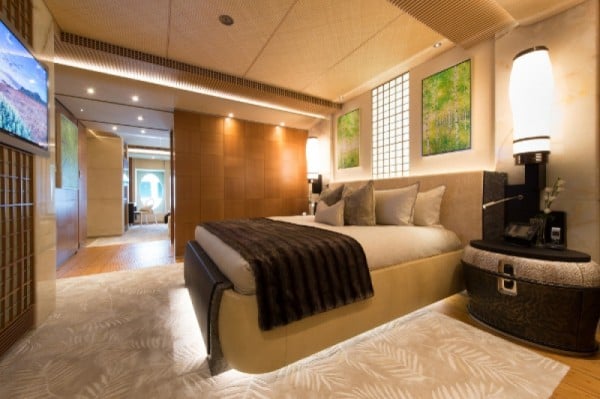 Several suites line the luxury yacht for the owner to snag a luxury snooze in. The owner’s stateroom dominates over half of the upper deck, with a private sunbathing area with a Jacuzzi forward, a salon with terraces over the sea, and a covered dining area. Exterior stairs on the above deck lead to the bridge deck and the enormous and superbly equipped gymnasium and spa. 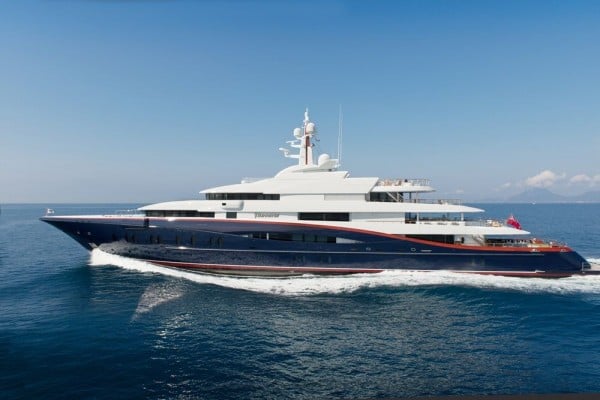 But when spas and five-star dining become a (pricey) yawn, there are twin garages home to supercars, jet skis, and ski boats.

And if the waters don’t do it for you, (tada!) there is a private helipad with the owner’s helicopter to zoom off in.

It clearly comes for a good reason then that global moguls fight in a frenzied auction over this floating city. The one- year old oceanic opulence sums up everything a billionaire could want. Concludes a spokesman for Edmiston, who is marketing the yacht: ‘every inch of the ship has been painstakingly designed and built. There really is little else like it.’