Arguments and quarrels are normal but frustrating parts of most marriages, but it’s important to stay calm and logically resolve the issue at hand. Else, things can quickly get out of control and even end up costing you a fortune. Case in point, an argument between a married couple in China led to the destruction of several high-end automobiles worth at least USD 3.5 million. 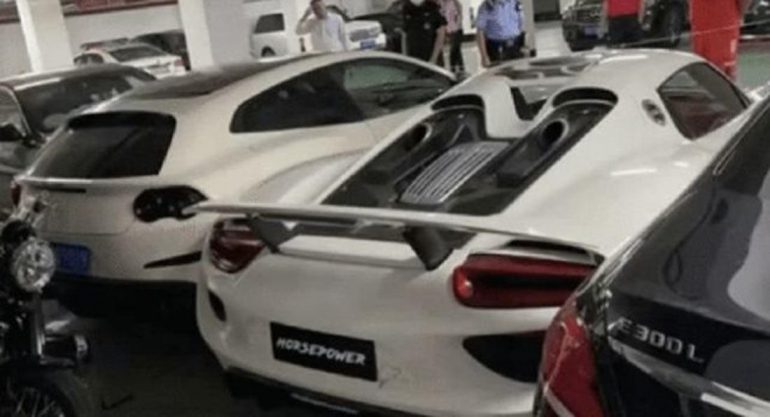 According to several local news reports, the incident occurred on July 4 when a husband and wife got into a heated argument while driving around in an underground parking lot. The woman was so pissed off with her husband that she decided to vent out her anger by crashing her BMW into several parked cars, including a Ferrari and a rare Porsche. 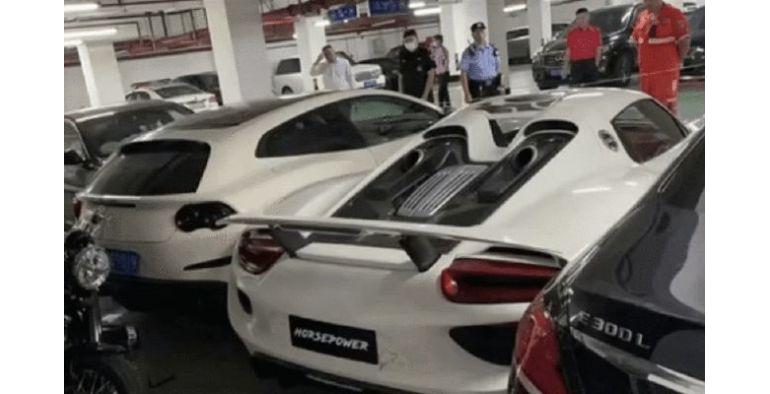 Most of the details are either unavailable or lost in the sketchy translation of the Chinese news reports. However, the pictures of the aftermath tell the story. The woman rammed the BMW 3 Series into the side of a parked Ferrari GTC4lusso, pushing it into a million-dollar-plus Porsche 918 hybrid supercar. The impact was so great that the rear end of the Porsche also slammed into a Mercedes-Benz E-Class parked next to it. There’s also a BMW R 18 motorcycle in the images, but it’s not clear if it was also involved in the incident.

The entire left side of the Ferrari appears to be completely destroyed, while the Porsche also sustained serious damages, which might take at least a six-figure sum to fix. The extent of damage received by the Mercedes is unknown. 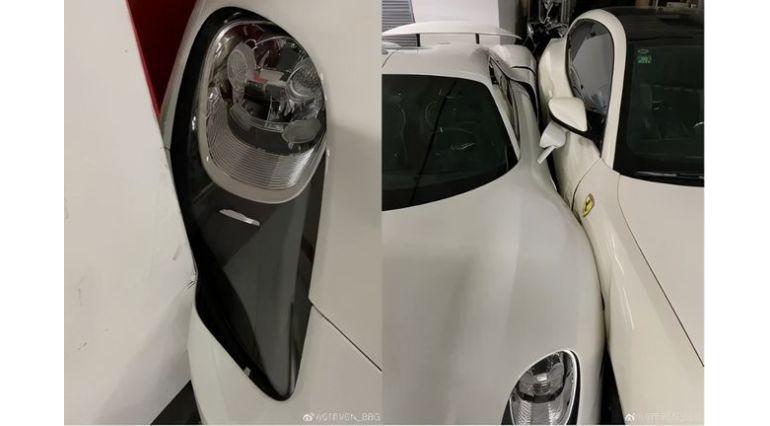 It is believed that the woman also rammed into several other parked cars and a pillar before slamming into the Ferrari. It looks like white-colored Ferrari GTC4lussos quite commonly become victims to outraged people. Last year, an angry trucker rammed an 18-wheeler into a white GTC4lussos to take revenge on his boss. 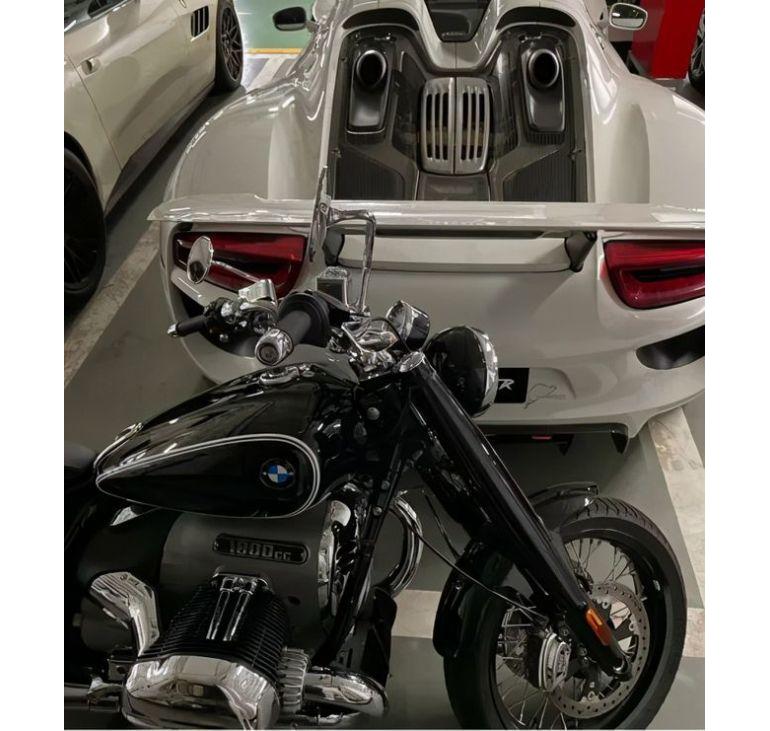 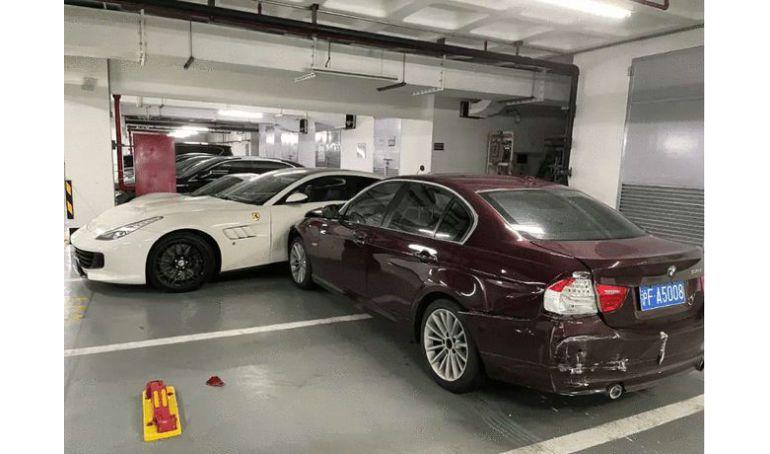