Whether we get a seat on the world’s largest aircraft is a question we will let fate answer; but for now we have images showing what we need to aim for thanks to UK-based company Hybrid Air Vehicles (HAV) who released the latest details of its airship. The Airlander 10 aircraft will seat up to 100 passengers and operate with 90% fewer emissions than conventional aircraft, according to the company. The airship requires less fuel than a conventional aircraft due to a combination of “buoyant lift from helium, aerodynamic lift, and vectored thrust,” according to HAV. A hybrid electric and jet fuel model will be available by 2025, and a fully electric version by 2030, according to the press release. Take a look at the image gallery below-

The spacious Airlander 10 measures almost double the length of an average commercial aircraft. 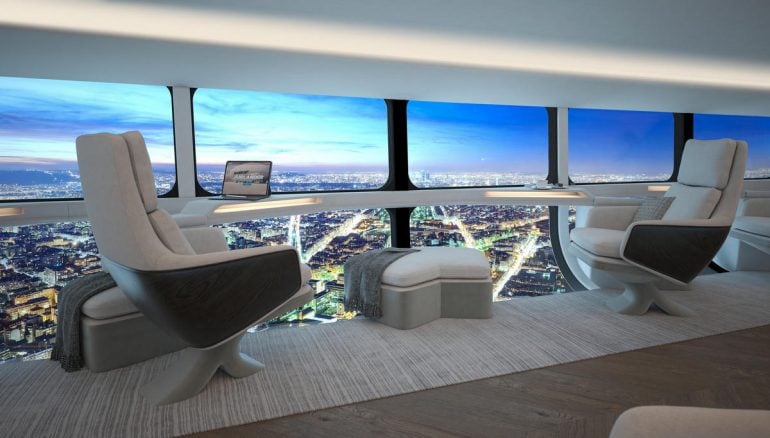 A set of renderings of the cabin interior to show comfortable-looking armchair-style seats, complete with plump cushions and stunning view. 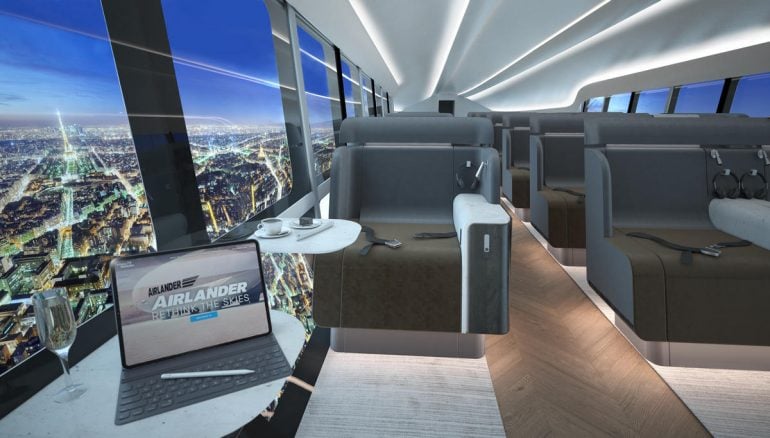 The airship boasts an unpressurized cabin, and is built to withstand high and low temperatures, strong winds and even lightning strikes, to the same regulatory standards as other passenger aircraft, says HAV. 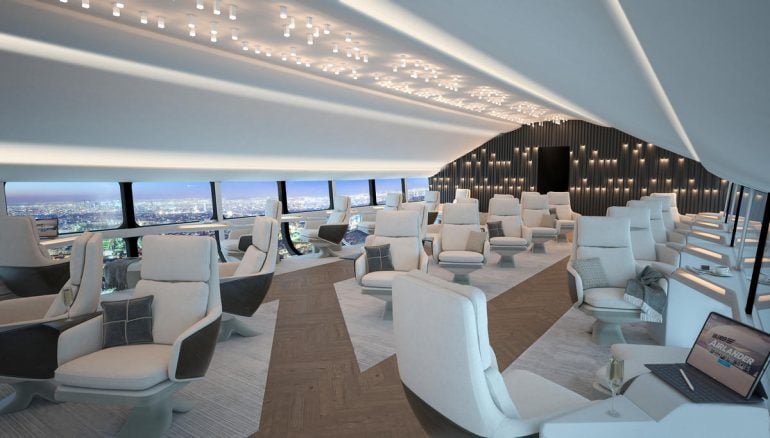 The airship has a top speed of 130 kilometers per hour. A trip from Liverpool to Belfast would take five hours 20 minutes. Similar trips will be planned for destinations like Seattle to Vancouver and Stockholm to Oslo. 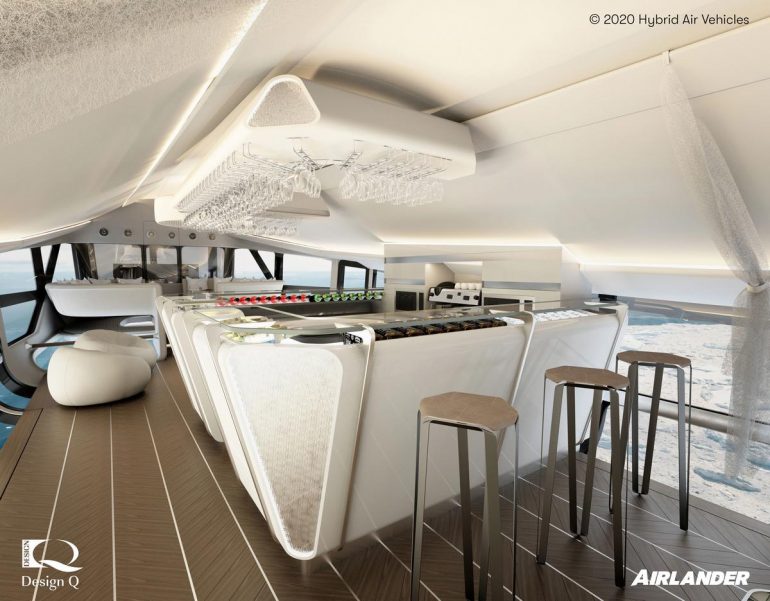 the focal point of the enormous aircraft is the floor-to-ceiling wall of glass windows. It’s hoped around 12 Airlander 10s will be built per year and they will be available, with up to 100 seats, in a hybrid-electric configuration in 2025, operating with 90 per cent fewer emissions than conventional aircraft in similar roles. 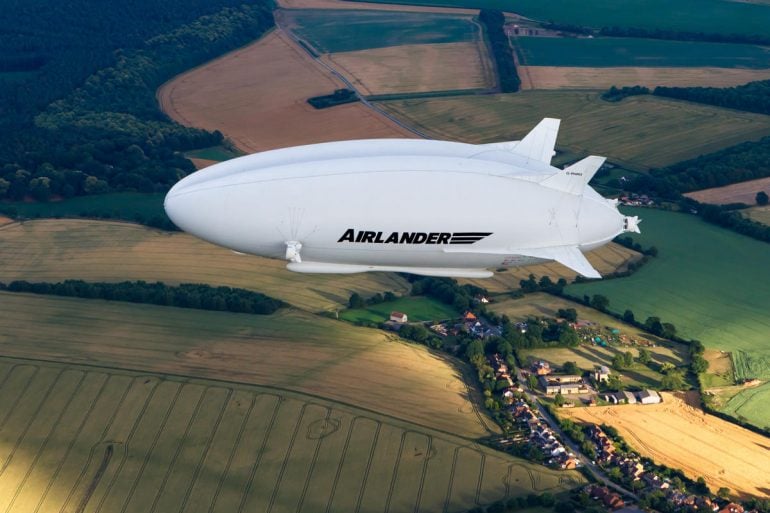