Sanctioned Russian billionaire Alexey Kuzmichev is suing French authorities to win back access to two of his yachts. It’s natural to fight for the things one loves, and the billionaire proved it by going a step ahead to argue that customs officials did not have the right to immobilize his pleasure crafts despite him being on an EU sanctions list. Sounds bizarre, but Philippe Blanchetier, Kuzmichev’s lawyer who brought the case before a court in Paris on Wednesday, told Reuters, “If you own an asset for your personal use, like a yacht, you have the right to make use of it even though it’s frozen.” He added, “I don’t know why one should make a difference when it’s a yacht.” The yachts in question are “La Petite Ourse” and “La Petite Ourse II,” moored in the Cote D’Azur towns of Antibes and Cannes, respectively. 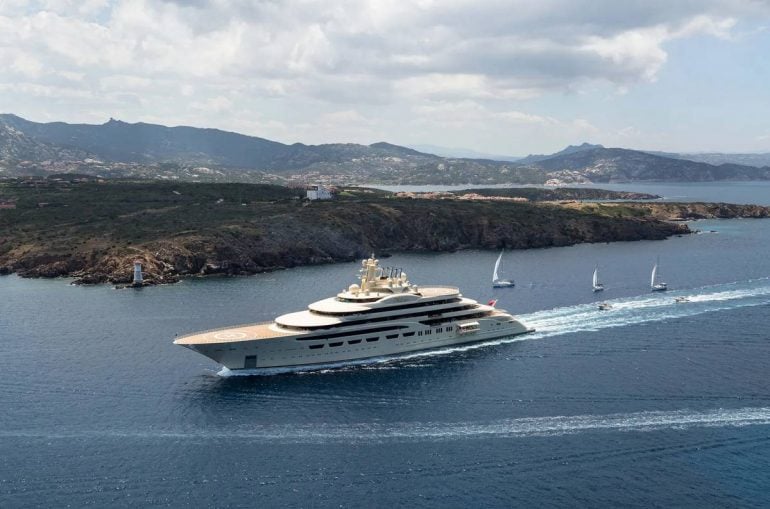 Kuzmichev should be taking a page out of Alisher Usmanov’s book, who owned a much more significant superyacht, the $800 million Dilbar but walked out of court with his plea rejected. Compared to 512-foot Dilbar, La Petite Ourse” and “La Petite Ourse II are dwarfs at 85 feet with an equally petite chance of winning against the customs officials. According to Bloomberg, Blanchetier stated that the customs officials went beyond the EU-ordained remit of freezing Kuzmichev’s assets and committed “a legal heresy” by immobilizing the yachts. “Immobilizing a ship isn’t a freezing measure; it’s like a seizure,” he said. “You can no longer move the ship; you’re dispossessed of the ship.” He said sanctioned individuals are supposed to continue using frozen assets for personal benefit, as is the case with his Paris mansion, Saint-Tropez villa, and even his cars.


Meet motoryachts La Petite Ourse and La Petite Ourse II-
Motoryachts La Petite Ourse and La Petite Ourse II were built in Italy by Wally, who is responsible for her interiors and exterior work in fiberglass construction. The yachts accommodate seven guests in 3 staterooms, with four crew members waiting on their every need. The La Petite Ourse makes it to the superyacht category by scratch as it is 26 meters long (a boat needs to be 24 meters or longer to be dubbed a superyacht). The cruiser is powered by 2 Caterpillar Inc engines and manages a cruising speed of 10.0 kn and a top speed of 12.0 kn. The second variant shared similar features, name and was also built by Wally. It is even smaller, with a length of 17-meter, and is better called a motoryacht. The ships are worth $76 and $22 million, respectively.
Kuzmichev’s not so grand yachts were seized in March –
Alexei Kuzmichev is a billionaire worth a whopping $6.2 billion. His status makes you wonder why he doesn’t own a boat more lavish than the La Petite Ourse and La Petite Ourse II. No Eclipse or Solaris, but the sanctioned oligarch lamented over losing his ships worth nearly $100 million to French authorities in March this year. As per Business Insider, the EU said Kuzmichev had “well-established ties” to the Kremlin and was “one of the most influential persons in Russia.”
Alexey Kuzmichev the billionaire banker –
According to Forbes, Alexey Kuzmichev, 59, the cofounder of Alfa-Bank, the largest private bank in Russia, has a net worth of about $6.2 billion. He was placed on the EU sanctions list in March owing to close ties with Russian President Vladimir Putin and was touted as one of the most influential persons in Russia. The stakeholder in VimpelCom, Alfa-Bank, and X5 Retail Group sold his stake in energy venture TNK-BP to state-run oil company Rosneft for $2.5 billion in March 2013. This move catapulted his wealth to a whopping $8.8 billion. Quite an achievement for someone who worked in the army as a radio operator during the early days. Besides his seized motoryachts, the billionaire businessman owns a $42 million mansion in New York City.
Tags from the story
Billionaires, Superyacht