German authorities seized Russian billionaire Alisher Usmanov’s Dilbar, one of the biggest yachts in the world, worth nearly $600 million. The superyacht Dilbar remains at shipyards in the northern city of Hamburg. Losing an asset of this size can’t be easy on anyone, not even for a 68-year-old business magnate worth $17.9 billion. Usmanov said on the 28th of February, “I became the target of restrictive measures imposed by the European Union. I believe that such a decision is unfair, and the reason is employed to justify the sanctions are a set of false and defamatory allegations damaging my honor, dignity, and business reputation. I would use all legal means to protect my owner and reputation.’ Usmanov has learned from his mistakes and won’t take any chances with his much smaller but exquisite $300 million megayacht Alaiya. Especially after French authorities froze two helicopters on the French Riviera last week, as reported by Forbes.

The vessel has currently docked in Male, Maldives. The 365-foot Alaiya was formerly known as Lady Gulya and is smaller than 512-foot Dilbar. While Dilbar boasts 3,800 square meters of living space for 24 guests and a crew of 100, Alaiya can house 18 guests in 9 staterooms.
While it may not be as extravagant as the Dilbar, there is absolutely nothing humble about this magnificent vessel.
The Alaiya superyacht:
Alisher Usmanov owns the larger-than-life (and most superyachts) $600 million Dilbar cruiser, $400 million Airbus A340-300 (One of Russia’s largest private jets that is, in fact, bigger than President Vladimir Putin’s aircraft), and the smaller in proportions, but not in plenitude, Alaiya megayacht.
Lürssen-built Alaiya was delivered in 2019, with her interior and exterior done by London-based Winch Design. It’s safe to say; that one falls in love with the finishes and delicate touches of Alaiya at first sight.
Everything catches the eye, from an abundance of Calacatta Vogli marble to posh 24-carat gold ceiling profiles, marble staircase, and gold handrails. Despite the ceilings and their enhancements drawing attention, the regal soft cream and blue silk carpet are unskippable.
Alaiya houses eight guest cabins indicating a distinctive geographic destination. These cabins are Provence, China seas, Russian Dacha, and Tuscany on the lower deck. And London, Paris, New York, and Marrakech on the main deck. The color themes and details take inspiration from Claridges, Fleur-de-Lis motifs, and Art Deco, respectively.
This fascination with geography extends wonderfully to the beach club and the spa—these areas of Alaiya exhibit a Capri-inspired décor. According to Forbes, the starboard houses relation zones like a sauna, ice fountain, and shower, leading to a foldout swim platform.
Themes are present at every nook and corner; the spa features a citrus theme with four live lemon trees. Another dedicated relaxation room Lemon Grove displays lemon trees climbing the walls, a Hammam, a hair salon, and a massage room.
One would imagine the wonders of Alaiya to end here, but the upper deck unveils a Parisian Ladurée-inspired tearoom. Alaiya is one of 59 motor yachts longer than 100m with a gross tonnage of 4699.0 GT and a 16.85 m beam. She is powered by MTU engines of 4350 hp, each giving her a maximum speed of 18 knots and a cruising speed of 13 knots. 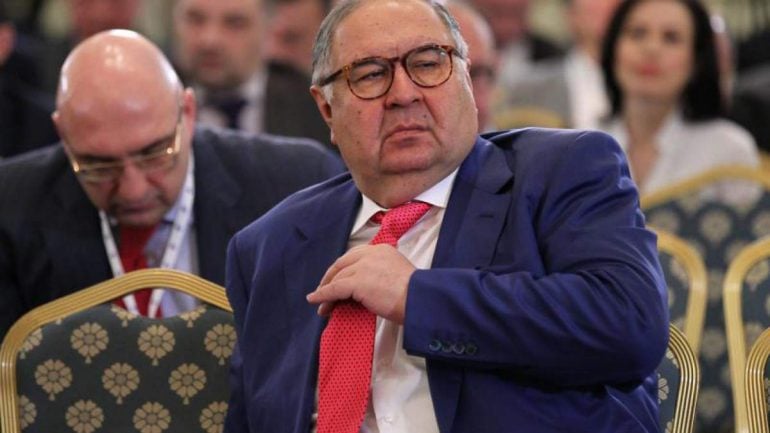 Who is Alisher Usmanov:
One of Russia’s leading billionaires, worth $17.9 billion, Alisher Usmanov owes most of his wealth to metal and mining operations and investments. In addition to being the majority shareholder of Metalloinvest, Usmanov owns the Kommersant publishing house. The 68-year-old business magnate is also a co‑owner of Russia’s second-largest mobile telephone operator, MegaFon. Other than his sprawling superyachts and massive airbus, Usmanov owns a 32,500-square foot house in London, worth an estimated $63 million, and a 16th-century manor house.