The Apple Car project is an open secret, even though the Cupertino-based tech giant has remained tight-lipped about it like all its other yet-to-be-launched products. But all the patents being filed continuously just about confirm the existence of the top-secret group of engineers working on the Apple-branded car aimed at consumers. Internally known as Project Titan, the development work on the self-driving vehicle started in back 2014. But it went through its own share of ups and downs, which almost forced the project to be permanently shelved. However, a report by Reuters shed details on how Apple is looking for a 2024 launch for its first-ever automobile. While details on the purported Apple car are slim, a UK-based leasing company called Vanarama has used all the filed patents to create a set of digital renderings of the Apple Car. 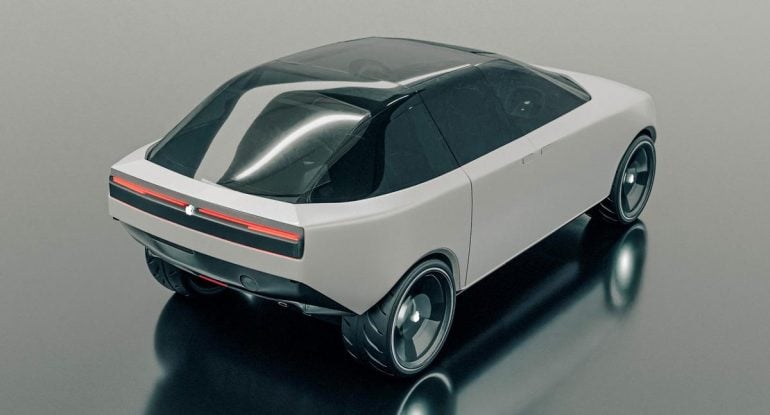 If your first reaction after looking at the Apple Car concept by Vanarama is that it looks incredibly similar to Tesla’s Cybertruck, let me tell you you’re not alone. After all, both EVs have angular, sharp lines along with overall designs that are very different from traditional cars. The exterior is free of clutter and the design looks to be inspired by current Apple consumer products. The Apple logo can be found on the front, rear, and the monoblock solid wheels that have a shiny finish. The headlights and taillamps are slim and cover the entire width on the front and back. Interestingly, the design gets a prominent front grille – which is not something you’ll expect on an EV. 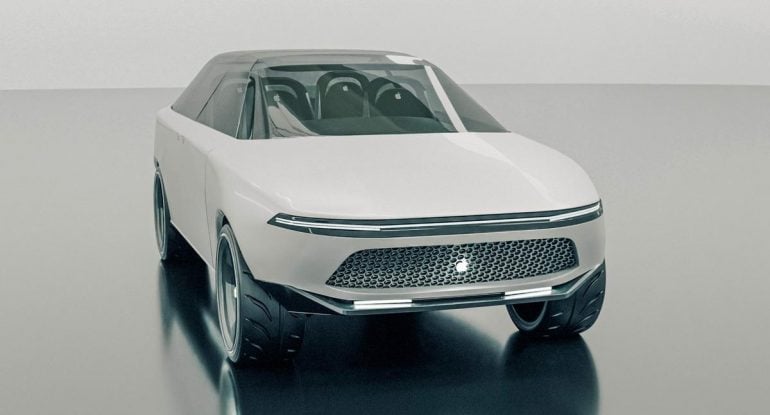 One of the highlights of the concept design by Vanarama is the glasshouse. The autonomous car doesn’t have traditional pillars as a frame to support the glasshouse. Instead, the Apple Car concept has a frameless glass area in which the windshields, sunroof, and windows seamlessly blend into each other. The benefit of such a design is that it offers an unobstructed view of the outside with no blind spots and makes the cabin feel big and airy. However, I’m not sure if the design is safe and would pass the strict vehicle norms. 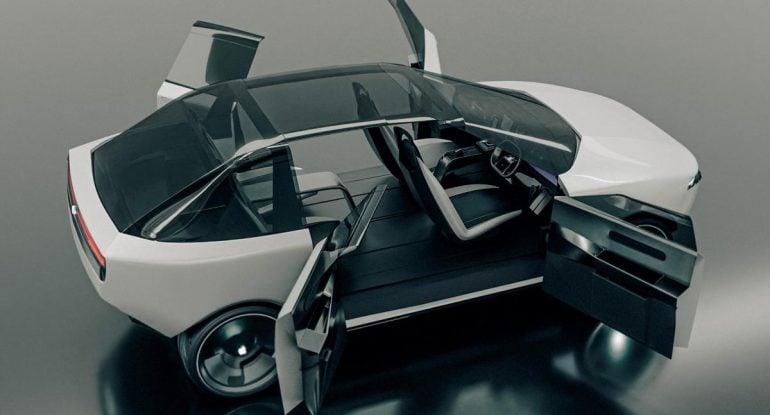 The design concept also envisions the Apple car with suicide doors, which along with no B-pillars should make access to the cabin very convenient. The cabin design of the concept looks futuristic, which shouldn’t be a surprise. The entire dashboard is a giant screen – a direction in which the automobile industry seems to be moving already. It does have a steering wheel and a joystick in the center console, which we can’t figure out what purpose would it solve. The front seats can swivel 360 degrees, which predicts that the Apple car will be fully-autonomous. While Vanarama says experts created the renderings by closely studying the patents filed by Apple, don’t expect the Apple Car that is expected to arrive before 2025 to look anything like it. 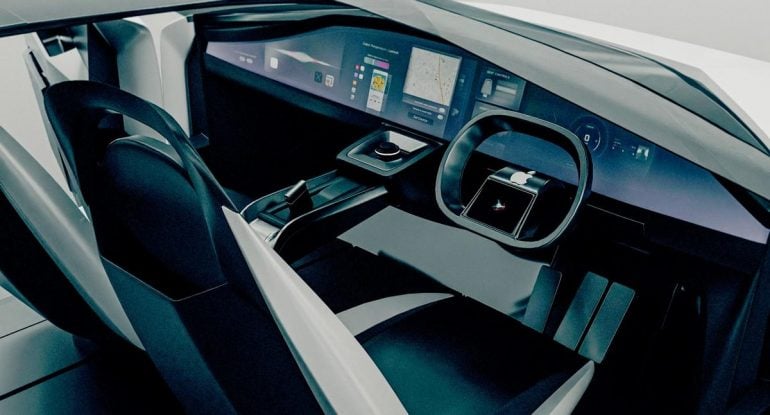 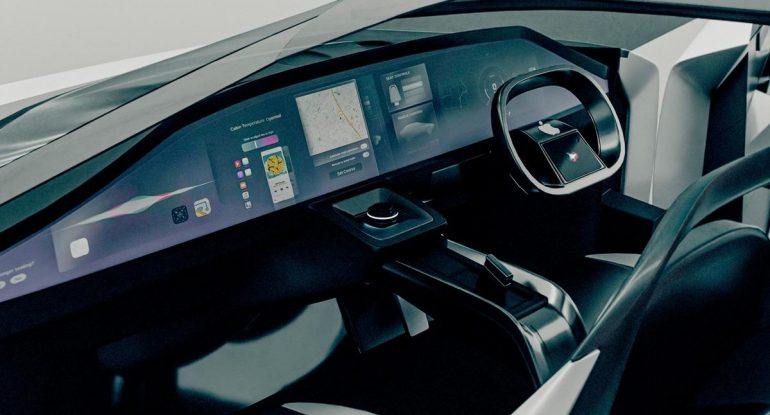 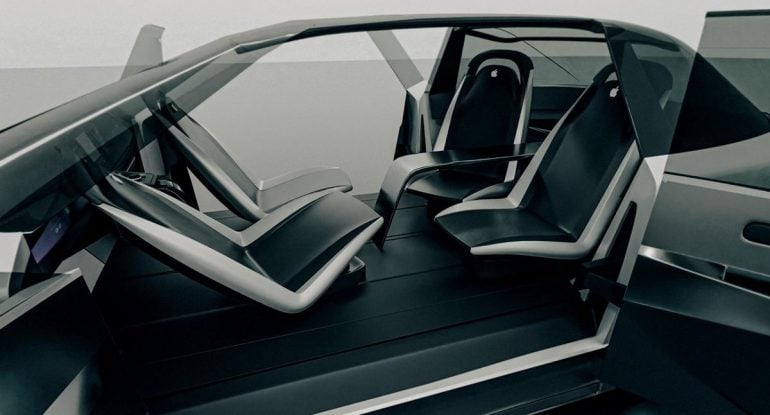 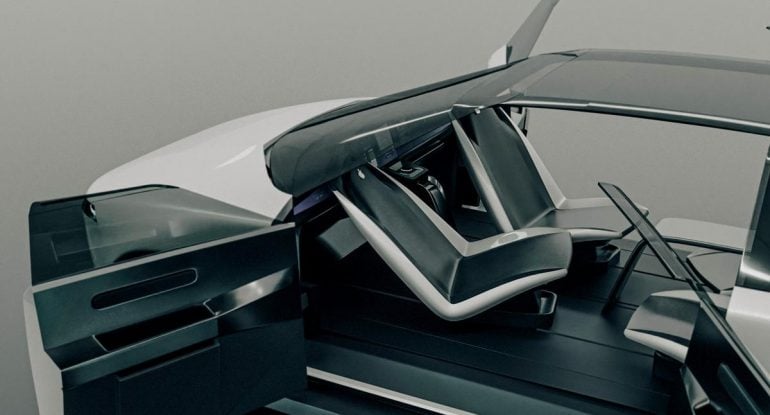 Tags from the story
Apple, Concept