Aston Martin first teased its uber-exclusive Lagonda Super Saloon more than two months ago by releasing only a single design rendering. Since then, the British automaker didn’t release any official information or pictures of limited edition car though we did get a good look at it when Oman Air published some low resolution pictures of the test vehicle. But, AM has finally revealed the first official images of the production version giving us the first glimpse of its four seater plush interiors. The model features deeply quilted massive leather seats and wooden and aluminum details on the dashboard with waterfall center console. It has been designed exclusively for the Middle East market and rides on the VH platform. 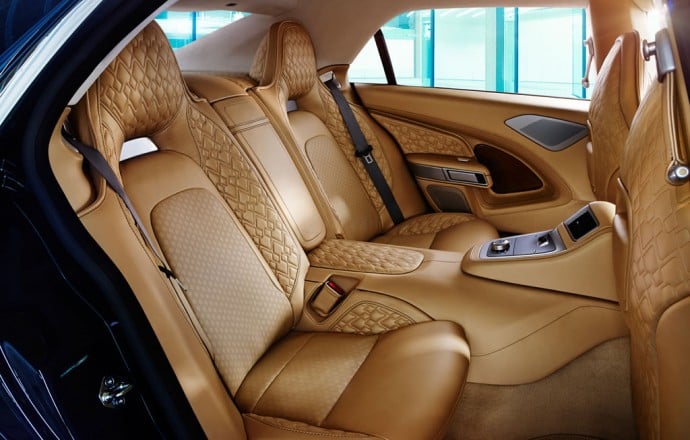 It is the first car in the last 25 years to wear the Lagonda badge but Aston Martin’s design director, Marek Reichman, said at a press event in Scotland this summer that the company aims to grow its portfolio with other vehicles wearing the Lagonda name. Still most of the details are yet to be confirmed by the marquee but what we know till now is that company’s 6.0-liter V12 is a likely choice for the engine. Aston Martin will be selling the Lagonda super saloon exclusively in the Middle East; the vehicle is expected to command a price tag nearing the half a million dollar mark and the car will only be available to customers on an invitation only basis. 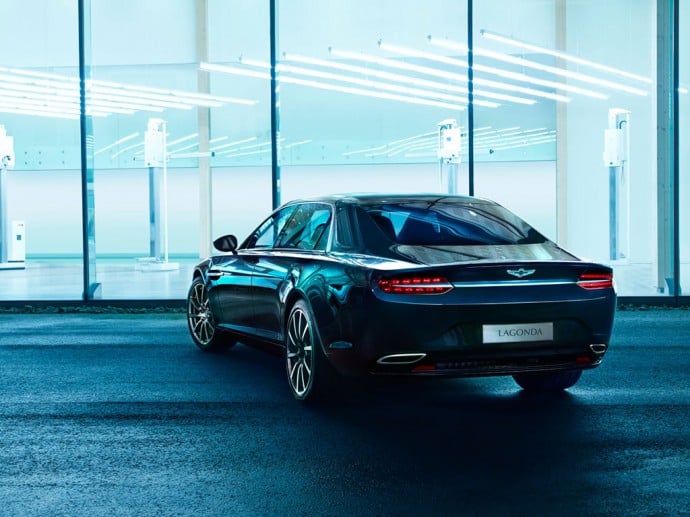