The wait is finally over; the first set of images of Aston Martin’s forthcoming Lagonda Super Saloon has emerged online ahead of the car’s official debut giving us the first glimpse of it. The British marquee teased the fans with some design renderings and bare basic preliminary details just last month, and it was even spotted undergoing testing before that covered with usual camouflage wrap, but it’s for the first time that Aston Martin Lagonda has been snapped without any covers hiding the bodywork. The images that have emerged are of the first example of the car which was being shipped for testing to the Sultanate of Oman on the Persian Gulf coast, and Aston evidently allowed Oman Air and the Aston Martin Oman dealership to release a handful of photos.

Aston Martin acquired the Lagonda marquee over 67 years back, and the name appeared quite a few times in the past, but it is finally back sporting its name on the high-end super saloon exclusively for the Middle Eastern market. In terms of styling, the Lagonda’s shape is like that of a muscle car but with much sharper lines and a handsome looking frontend. The front has the typical Aston grille, but the flat nose has slender headlights stretching backwards. If you look closely, you might find it a tad bit similar to the BMW i8. The rear has beautiful angular curves and sleek taillights. If you look closely, you’ll notice that the car is wearing Lagonda branding instead to Aston Martin badges. 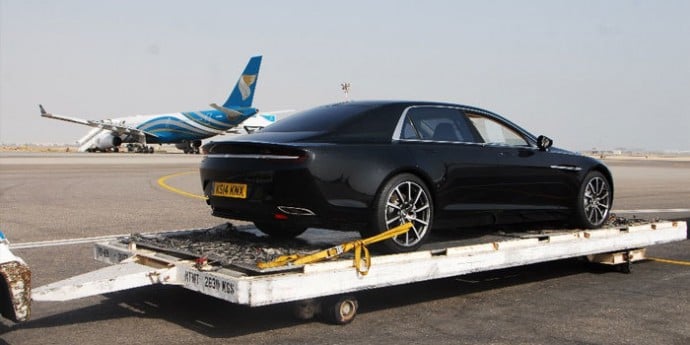 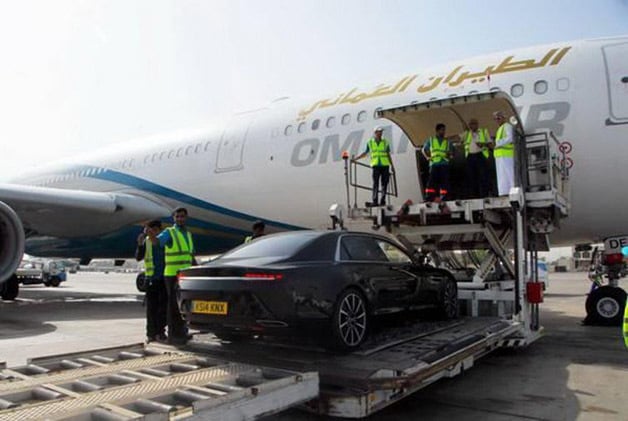 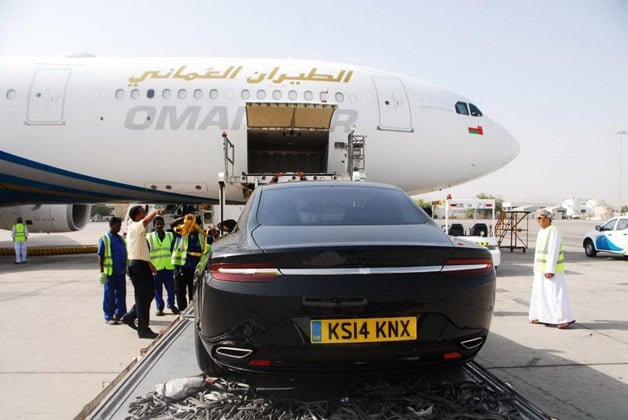