Since 1913 the British company, Aston Martin, has been thrilling car enthusiasts the world over, it is after all the car of choice for the famous James Bond, Britain’s premier spy; not that it has much bearing on people’s decision’s to buy their fabulous vehicles, but it does help. So when a company that primarily focuses on vehicles that require four wheels ties up with a company that has its focus on vehicles that require rudders, it’s a big deal in the world of autos and boats alike. Quintessence Yachts from the Netherlands and Aston Martin aim to bring something quite unique to the high seas in the form of a unique series of stunning new powerboats. 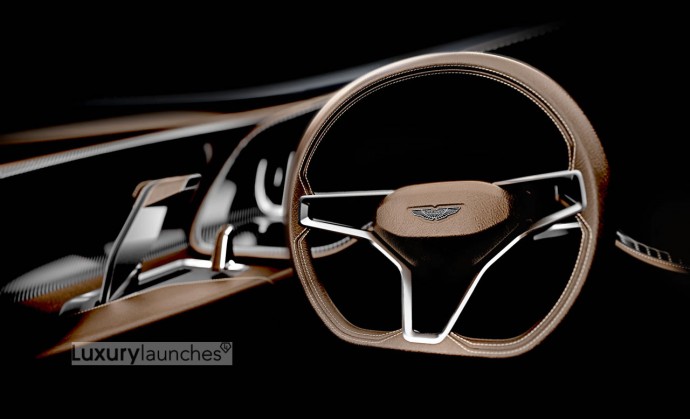 While the boats themselves are still in the design phase, the graphic renderings of the recently unveiled AM37 are nothing short of spectacular! The AM37 will be making an official debut later this year but the designs were showcased at an event held at Aston Martin’s global headquarters in Gaydon, Warwickshire, as part of a series of exclusive pre-launch events. Thanks to this unique tie up and license agreements, Quintessence Yachts and Aston Martin can now go that “extra mile” when designing and building high performance crafts that embody luxury and carry the branding of a two world-renowned companies.

Some of the key features of the 37-foot powerboat in the Quintessence Yachts ‘7 series’ include interactive voice control and activation, a fully HD-integrated touch screen with navigation and a multimedia system, and remote controlled functions among other things. According to the companies, these boats are “allied to luxury sports car-like handling, performance and comfort.” For now the project details are quite hush-hush and should you wish to know more before the official launch, you’re going to have to step in line with your checkbook in hand as only potential owners are confidentially being given more details on a one-to-one basis. 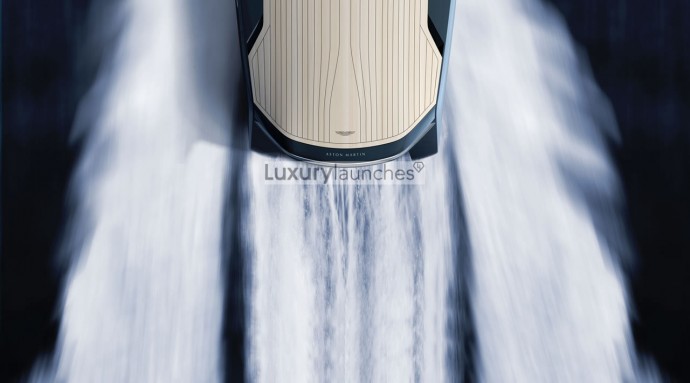 Mariella Mengozzi, CEO at Quintessence Yachts, said: “We are sure that the Aston Martin ethos of ‘Power, Beauty and Soul’ can be successfully translated into the yachting environment in a very special way. “Since the license agreement was signed, the Aston Martin Design department has been working seamlessly with the Quintessence R&D unit and naval architect Mulder Design in Amsterdam to achieve a true example of design purity.”

Katia Bassi, Managing Director Aston Martin Brands, said: “Over the course of our 102-year history Aston Martin has produced some of the most iconic luxury sports cars of all time.

“Our contemporary designs retain classic lines whilst delivering the latest technical innovations, and the exciting range of luxury speed boats we are developing with Quintessence Yachts reflects this commitment to excellence in every field, as well as perfectly encapsulating our ‘Art of Living’ philosophy.”

For those with a need for speed, be it on asphalt or the high seas, this is a match made in heaven. More details will of course trickle out once we’re closer to the launch event and even though there’s a good chance the price tags will be heavy on the digits, our anticipation is reaching a fevered level.

Tags from the story
Aston-Martin, Yacht