Weeks after showcasing the bespoke Aston Martin DB10 that has been specially created for the next James Bond film, titled Spectre, the British automaker has come up with another special edition car. Aston Martin turned 100 last year, but now the company is celebrating the 60th anniversary of its legendary Newport-Pagnell Works factory. Aston Martin Works is building six different takes on the Aston Martin Vanquish in conjunction with its ‘Q’ personalization arm to commemorate the milestone, each themed to one of the previous six decades. The special editions will come in coupe and convertible forms with all of them featuring yellow side strakes, and alloys, bespoke seat panels and unique leather and carbonfibre trim along with subtle variations. 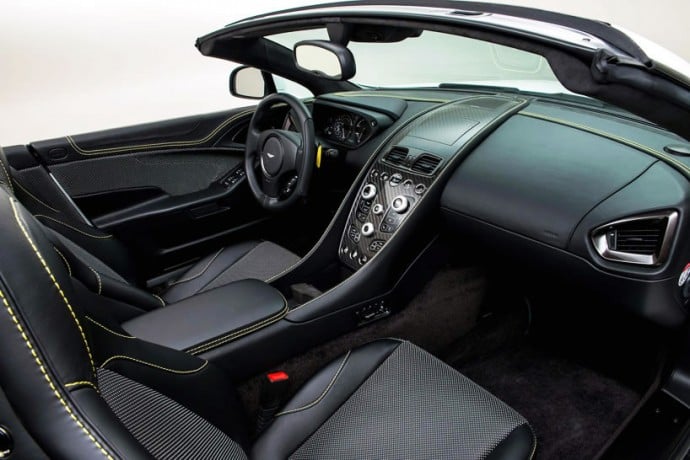 The Aston Martin Works 60th Anniversary Limited Editions will wear exterior features that immediately identify them as anniversary cars, but their finest detail is in the cockpit: the metal for the console knob bezels will come from pistons taken out of six Aston Martins built in Newport Pagnell over the past 60 years. Aston Martin does stress that each piston was sourced from rebuilt or reconditioned engines, so they didn’t die in vain. As for mechanical upgrades, there aren’t any. All the changes are purely cosmetic, which means you get the same 6.0-litre V12 engine paired to an eight-speed transmission and 0-60mph time of 3.6 seconds.