Behold the stunning Audi Grandsphere – an EV concept that is set to make its public debut at the next week’s IAA Auto Show in Munich. It is the second vehicle in the German automaker’s trio of “sphere” concepts that are meant to showcase Audi’s vision for the future. The Audi Skysphere was the first of the three and it was revealed last month at Pebble Beach. Unlike the Skysphere, which is an over-the-top, ultra-engineered electric roadster, the Grandsphere is a four-door luxury sedan with a more realistic exterior design – although, the styling is a little dramatic. Interestingly, Audi describes the luxurious EV as a “private jet of the road.” 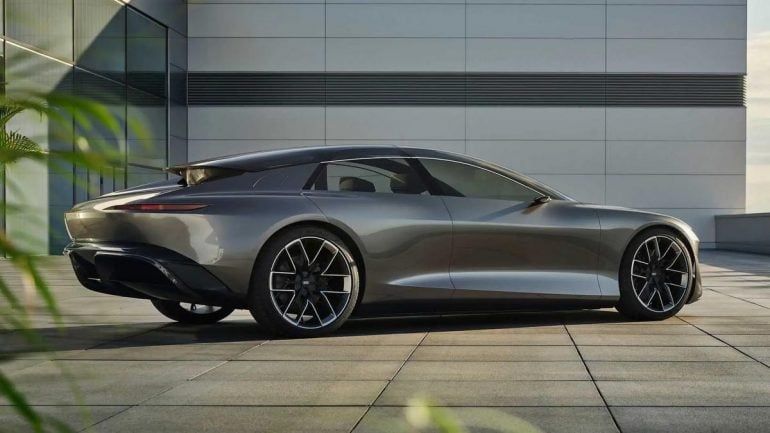 Starting with the exterior styling of the Grandsphere, it looks like a futuristic rendition of Audi’s current design language. Although the Grandsphere is an EV, it gets a front grille with a honeycomb pattern, which is flanked by a pair of narrow headlights. The roof dramatically slopes at the rear, ending with a spoiler on top of a tiny rear windshield. The rear has a Sportback design with a massive diffuser and narrow taillights. The Grandsphere gets suicide doors that are appropriate for a full-size luxury sedan, while the glasshouse is also pretty big, which should fill in the cabin with natural light. 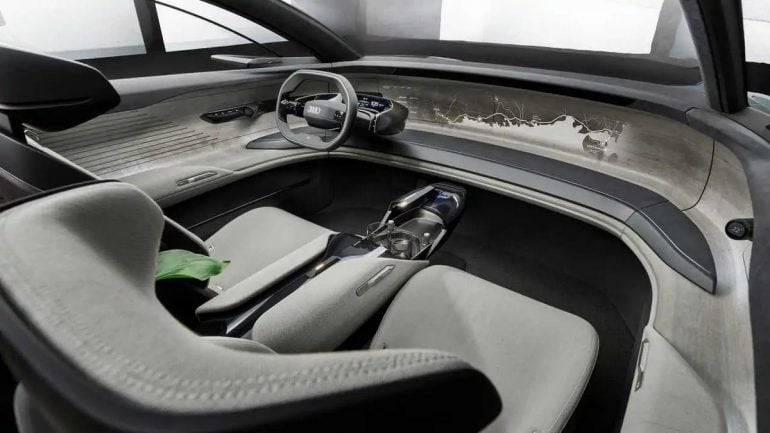 However, it’s the cabin that is the highlight of the Grandsphere concept. The interior has been designed in a way to maximize the luxury experience for the passengers. The front has two captain’s chairs, while the rear has a bench seat, which tells you there’s more focus on the front passengers. That’s right; front passengers, because the Grandsphere concept has Level 4 autonomous driving, which can practically drive itself. In fact, the steering wheel and controls recede back into the dashboard, opening up more cabin space for the passengers to get a more relaxing experience. 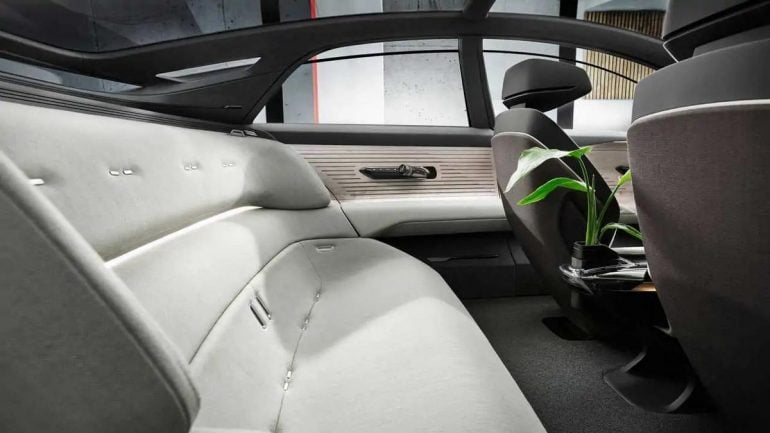 Instead of a massive pillar-to-pillar screen, the dashboard has a wood insert which hides behind it the displays. Audi calls it digital detox. The ultra-premium upholstery is made from sustainable materials, and there’s no use of leather. There’s even a potted plant between the two front seats, which makes the cabin look like a living room of a posh apartment. Yet, Audi chose to call it a private jet on wheels. We feel it’s more like a luxury suite on wheels. 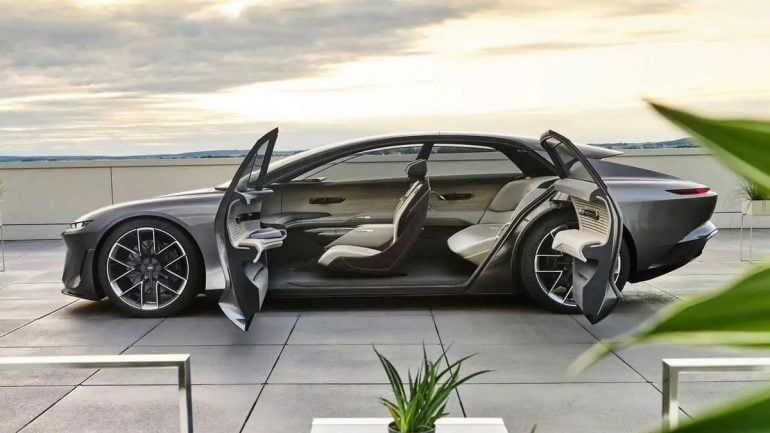 As far as the specifications are concerned, Audi says the Grandsphere is powered by two electric motors that can generate a combined output of 711 horsepower and up to 686 pound-feet of torque. The motors draw power from a 120 kWh battery pack that can offer a range of 466 miles on the WLTP cycle. There’s also fast charging via a 270-kW onboard charger, which has been borrowed from the e-tron GT. Audi claims the Grandsphere can sprint from 0 to 62 mph in 4.0 seconds. It’s a concept so don’t expect the Grandsphere to reach the showrooms anytime soon. 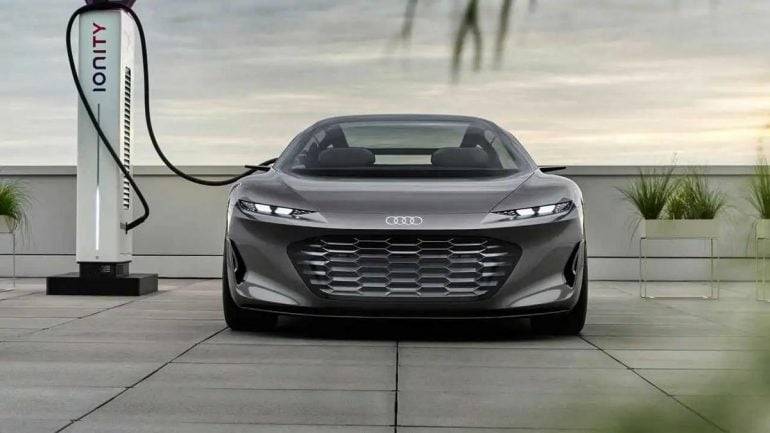 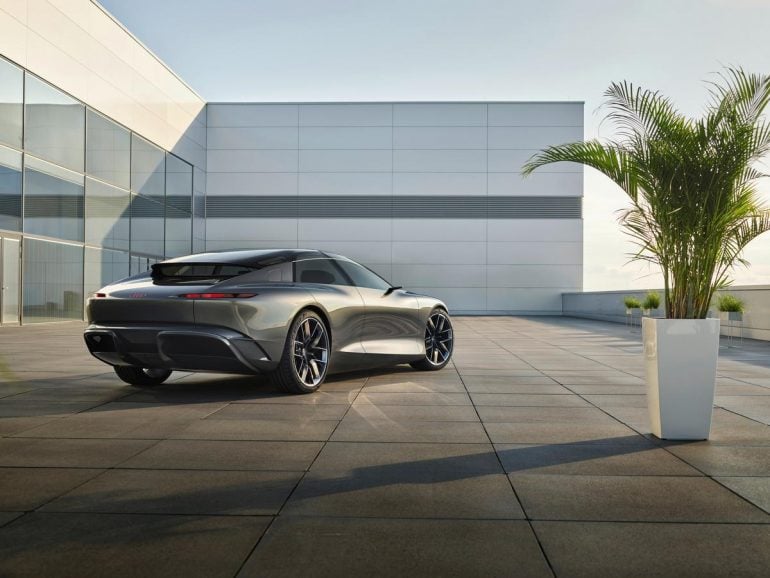 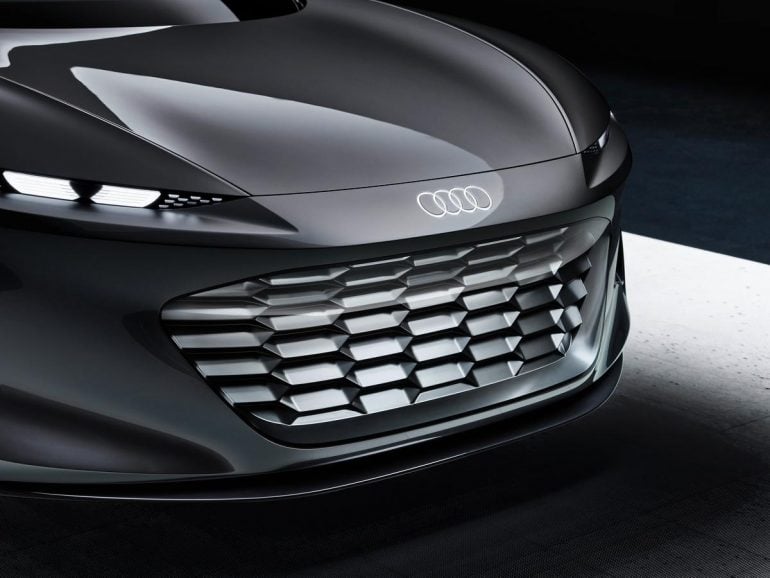 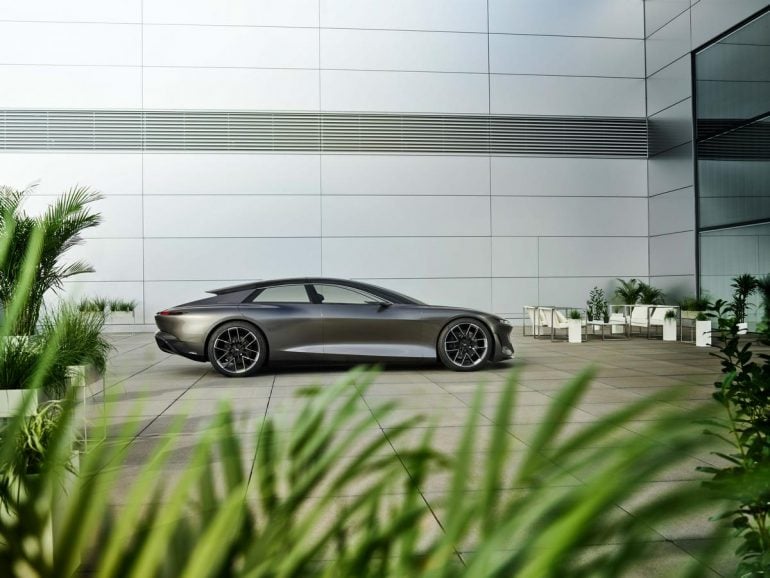 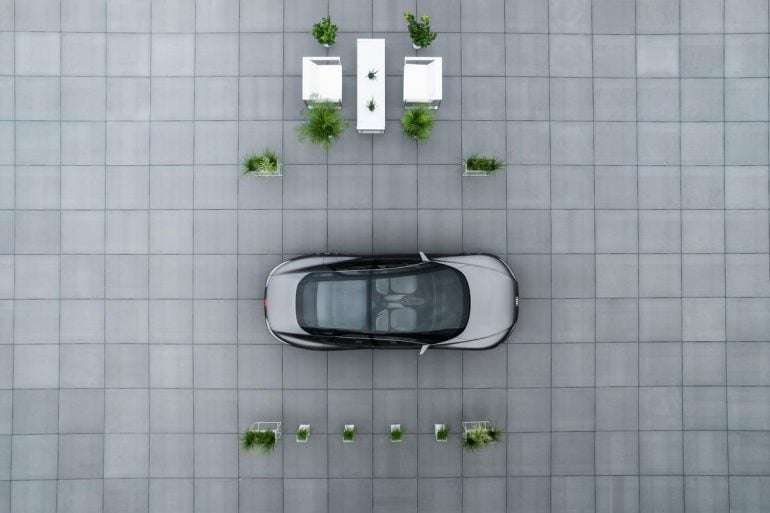