Audi A8’s long wheelbase version is one of the most luxurious executive saloons in world and majority of its buyers are high net-worth individuals who require top-notch security. The German automaker has launched the most exclusive model of the A8 line-up named the ‘A8 L Security’ which might be visually similar to the recently launched face-lifted 2014 A8 L but features a great deal of high-security equipment including armor plating. Audi claims that the armored limousine has been developed with the all security features from the ground-up rather than adding them over the existing model.

Some of the high quality security features include heat-formed steel plating, aramide fabric, ceramic, and multi-laminated glass. All the components added for security take 450 hours to install by specialized technicians before the vehicle is sent back to the plant for final assembly, which as per Audi makes the new A8 L Security the lightest armored vehicle of its kind. The luxury armored vehicle is certified by the German Ballistics Testing Center in Munich to meet the VR 7 ballistic protection standards. It can withstand a barrage of NATO sub-caliber ammunition fired on it at ease. It will be available with two petrol engines, the 429hp 4.0-liter V8 TFSI and the 495hp 6.0-liter W12, but the added weight of all the security features and the performance figures have not been disclosed. Audi has started accepting orders and deliveries of the 2014 Audi A8 L Security will commence in the third quarter of the year. 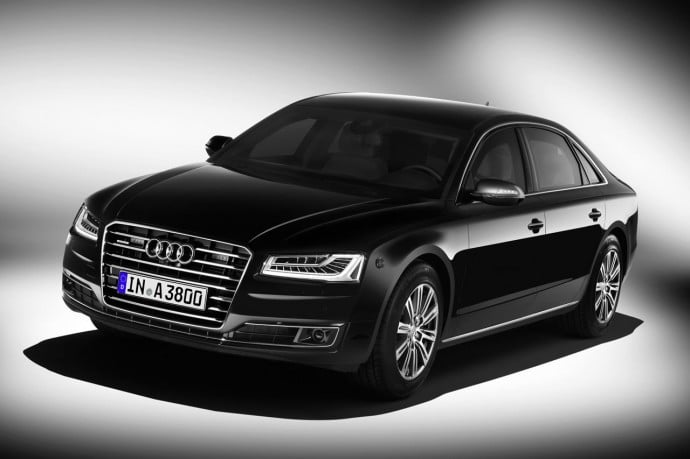 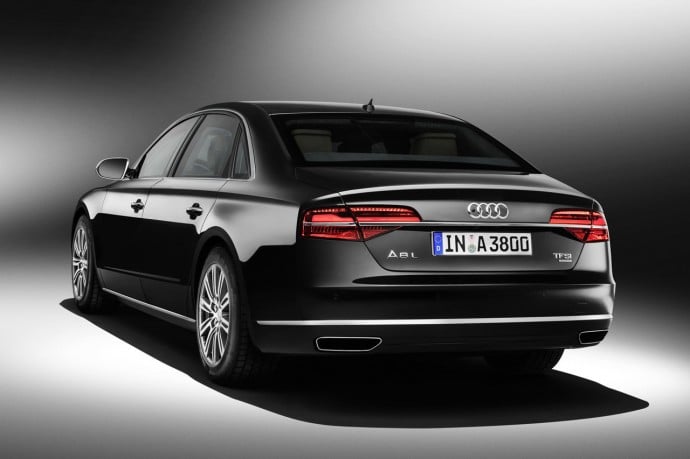