Audi has revealed a rear-wheel-drive electric convertible concept named Skysphere that is all set to make its first public appearance at the 2021 Pebble Beach Concours d’Elegance. It is the first of a trio of Audi “Sphere” concept cars that intend to preview the future of the German automaker’s design language. The Audi Skysphere is a Transformer vehicle that can change from a comfy grand tourer to a sporty roadster. With the press of a button, electric motors and telescoping structural elements help the Skysphere’s entire front end extend or retract on the move, altering the wheelbase of the car. 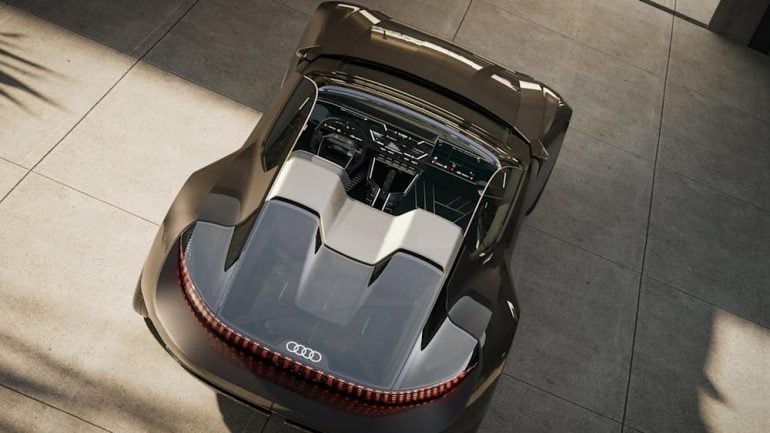 While on GT mode, the Audi Skysphere offers Level 4 autonomy in which the steering wheel and the peddles retract under the dashboard, opening up a lot of space inside the cabin. On choosing the Sport mode, the steering wheel and pedals pop out, while the actuators behind the front wheels move the front end of the car inwards, reducing the wheelbase by 9.8 inches. This immediately transforms the imposing autonomous GT into a nimble roadster. Rear-axle steering is also activated in this mode, shortening the turning radius. Thanks to the concept’s air suspension, the ride height also reduces in the Sport mode. 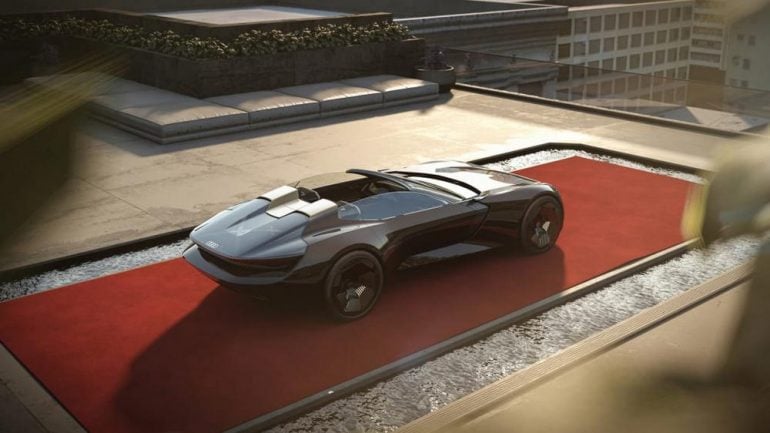 The Audi Skysphere is said to be inspired by the 1937 Horch roadster that won Best of Show at Pebble in 2009. For those who might not know, Horch was one of the four brands that combined to form Auto Union – the precursor to the modern Audi brand. Despite getting its design inspiration from a car that’s almost a century old, the Skysphere’s styling is thoroughly modern. Conceived by Gael Buzyn and the team at the Audi Design Studio in Malibu, the Audi concept looks stunning. 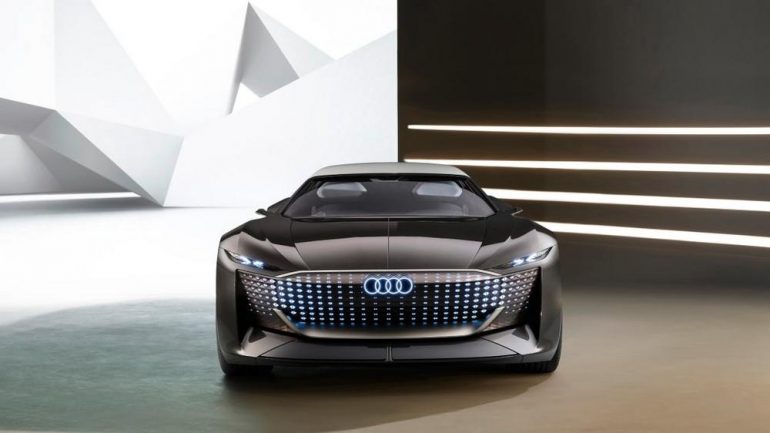 Since it’s an EV, the Skysphere doesn’t need a grille at the front. However, Audi has equipped the concept with a massive panel that mimics the brand’s signature Singleframe grille. Right at the center is Audi’s four-rings badge that’s illuminated and it is surrounded with white LED elements that add three-dimensionality to the entire front end. The grille is flanked by slim headlights with triangular lighting elements. The part of the car that extends out features an attractive rose-toned finish along with a diamond pattern. 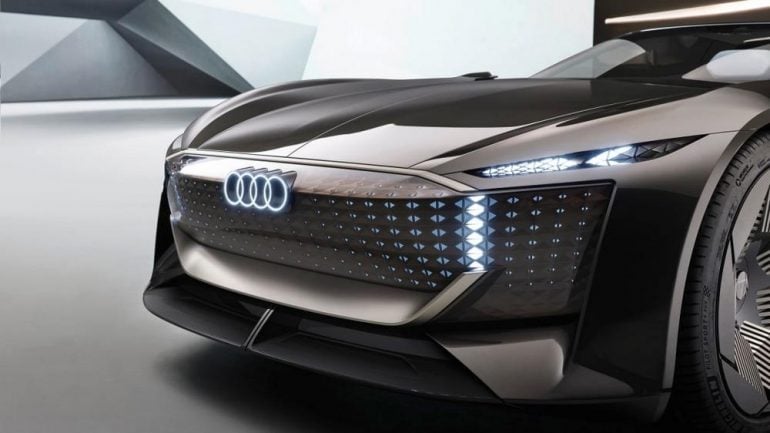 Sustainable mobility is clearly the theme inside the cabin as it is trimmed in eco-friendly Agave Blue microfibre and vegan leather. Even the Eucalyptus trim on the door panel has been sustainably sourced. The Art Deco-inspired metallic accents pay tribute to the Horch roadster, but the look and feel of the cabin in modern. Instead of a conventional dashboard, the Skysphere has a widescreen panel stretching from pillar to pillar. 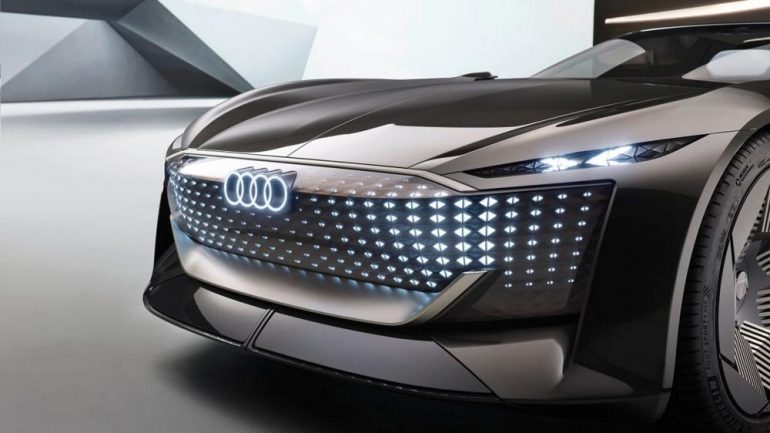 As for specifications, the Skysphere packs a 623hp electric motor and an 80-kilowatt-hour battery. Audi says it will do the 0-60mph sprint in under 4 seconds and offer a range of 310 miles on the European WLTP cycle. The Audi Skysphere is a design study and we don’t expect to see a production version. However, some of the styling elements might appear in Audis in the near future. 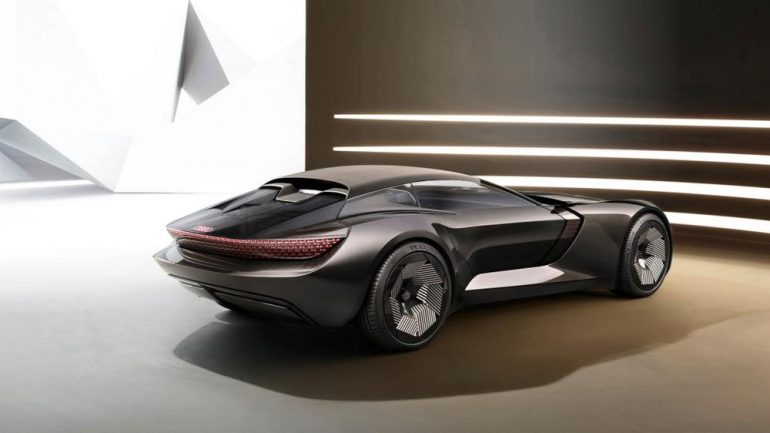 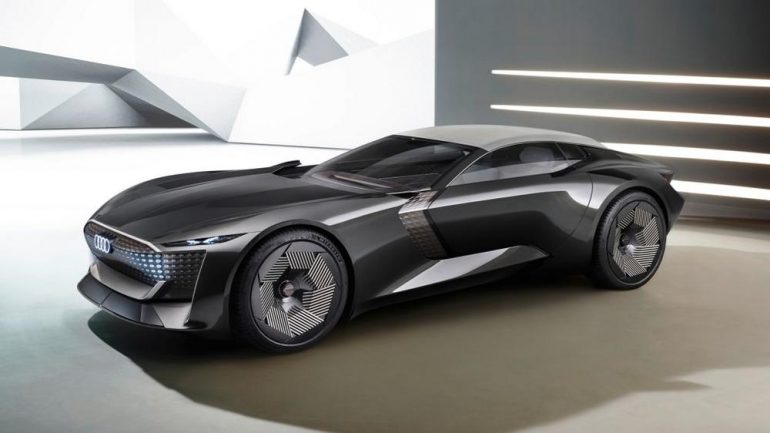 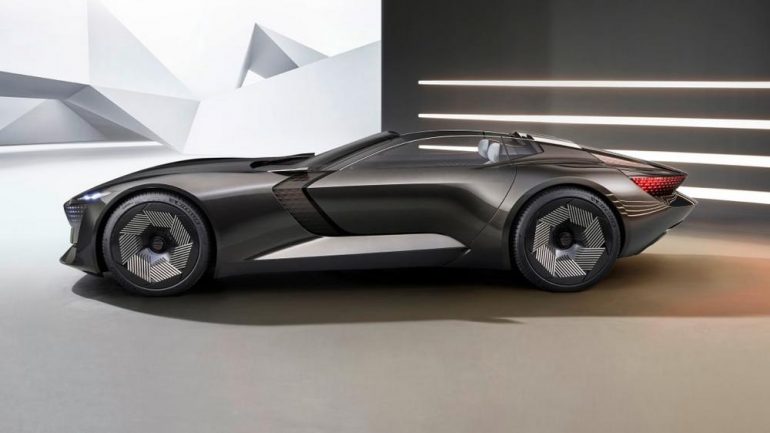 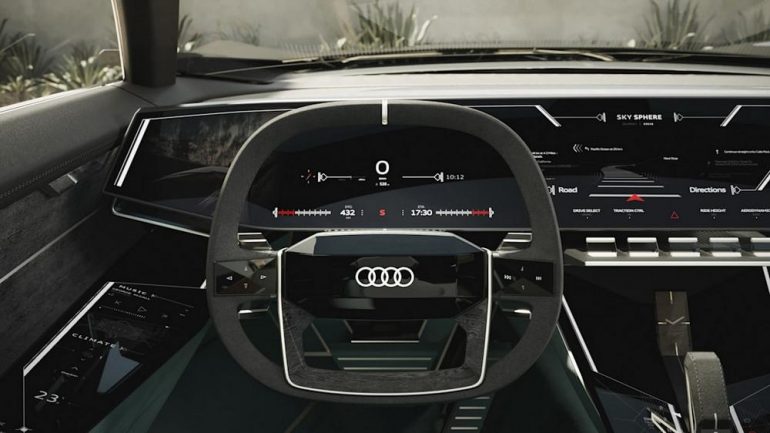 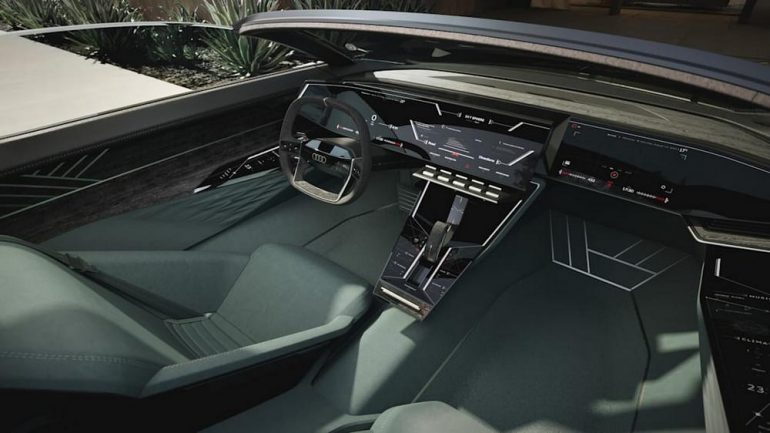 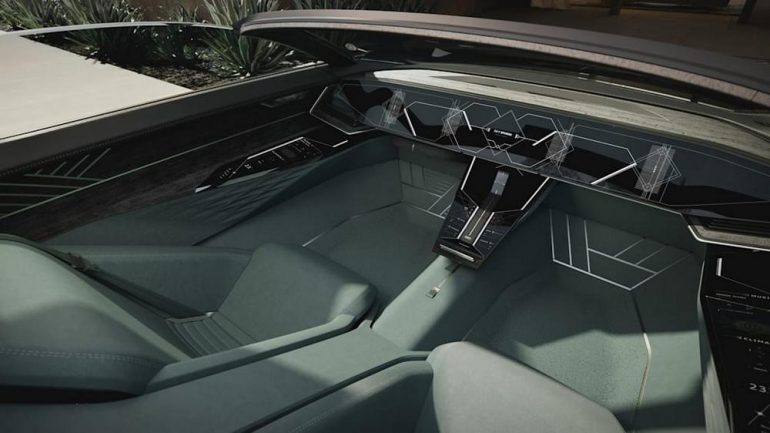 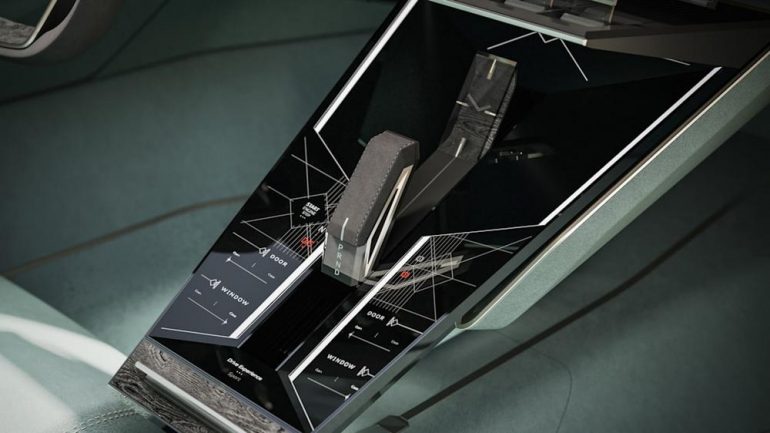 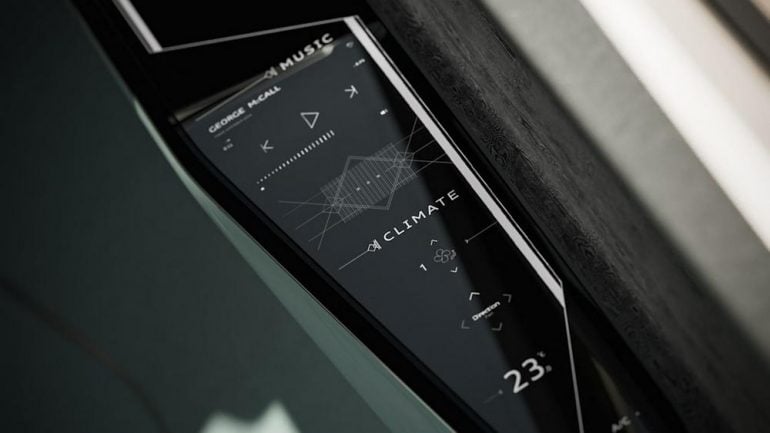 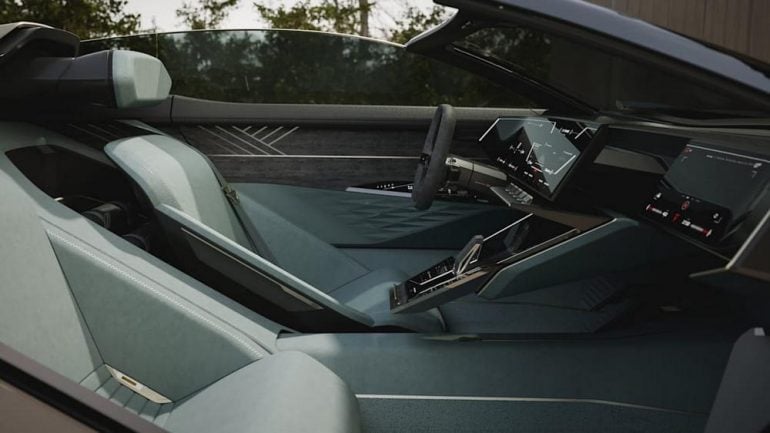 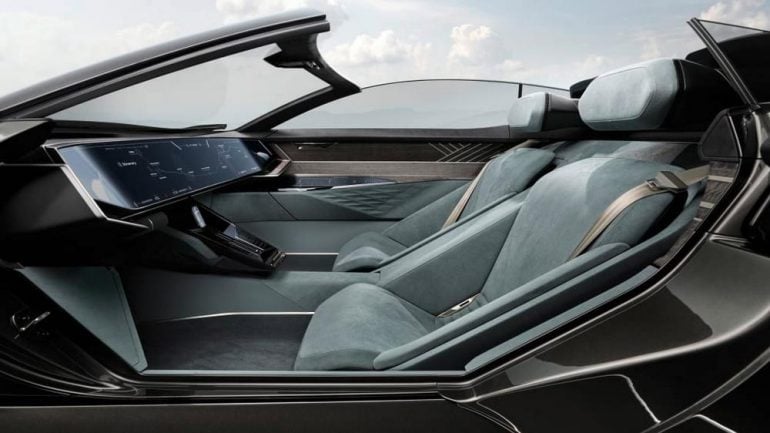 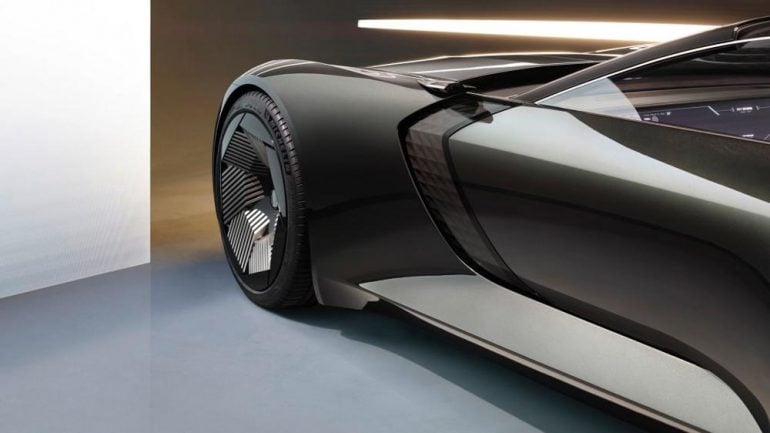 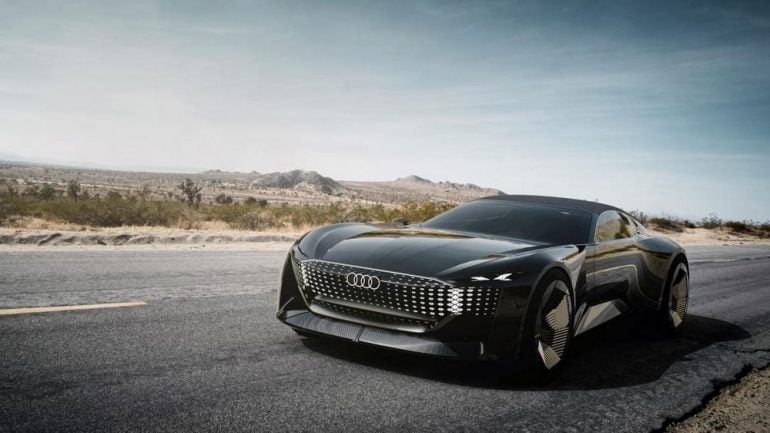