British luxury automaker Bentley was founded on January 18, 1919 by W.O. Bentley, and the iconic brand is celebrating its 95th anniversary. To mark the occasion, Bentley has come up with a limited, special-edition Bentley Mulsanne 95. Only 15 examples will be built, and all of them are destined to remain in the country of its origin, the UK. The special edition Mulsanne will come with an array of British-inspired materials and design cues to honor Bentley’s proud history in the UK and the unique British touches include specially-created exterior colors named Britannia Blue, Empire Red, and Oxford White. Other special treatments to the exterior include a dark tint finish to the Flying B mascot and the 21-inch, five-spoke wheels.

As far as the cabin of the Mulsanne is concerned, it will come wrapped in two-tone blue and white leather with red top-stitching, with a 95 motif embroidered into the seats and special illuminated treadplates. The wood for the panels is from a single, giant walnut tree some 300 to 400 years old that came down in a storm in Lincolnshire in 2007. As expected, all the changes are only cosmetic and all the technical specification remains the same. Under the hood is a 6.75-liter twin-turbo V8 making 505 hp and 752 lb-ft of torque and the power is channeled to the rear wheels via an eight-speed automatic transmission. 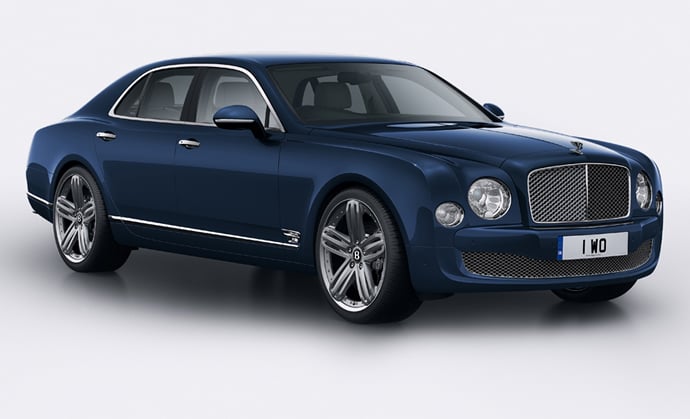 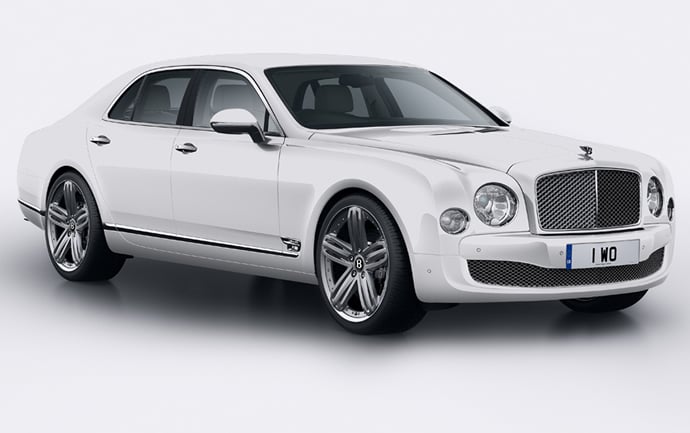 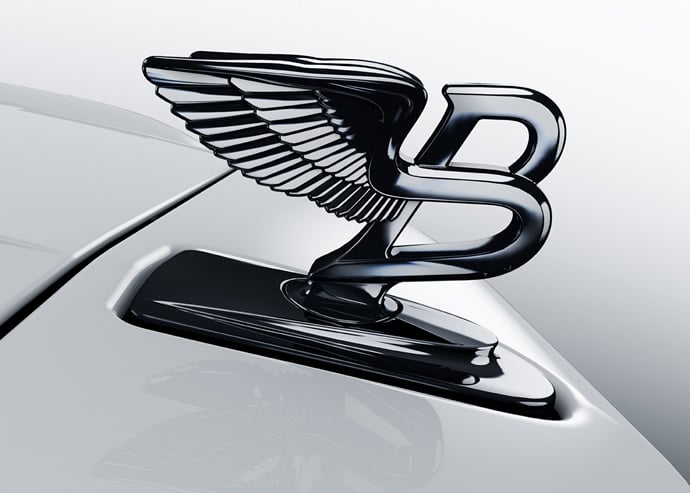 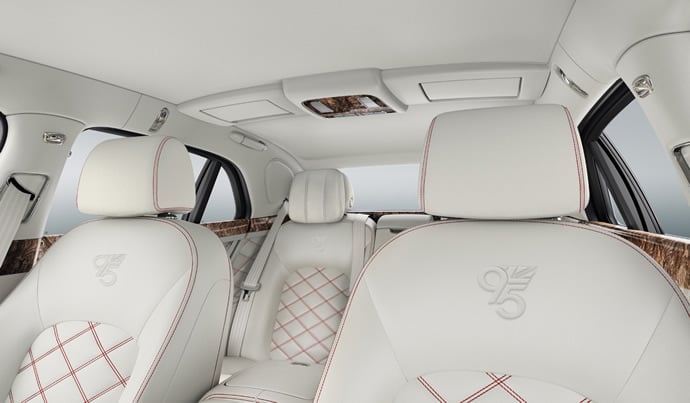