Adding a truck bed to a Mercedes-AMG G63 might be one of the most pointless things to do, yet the idea of a badass G-Wagen pickup with a monstrous V8 under the hood simply sounds way too tempting to pass! Maybe that’s what Brabus thought when it introduced the G63-based Brabus 800 Adventure XLP two years back with nearly 800hp on tap and a truck bed. For this year, the German tuning company has released a blacked-out version of the Adventure XLP appropriately named Superblack. The latest version gets the dark treatment both on the inside as well as outside. 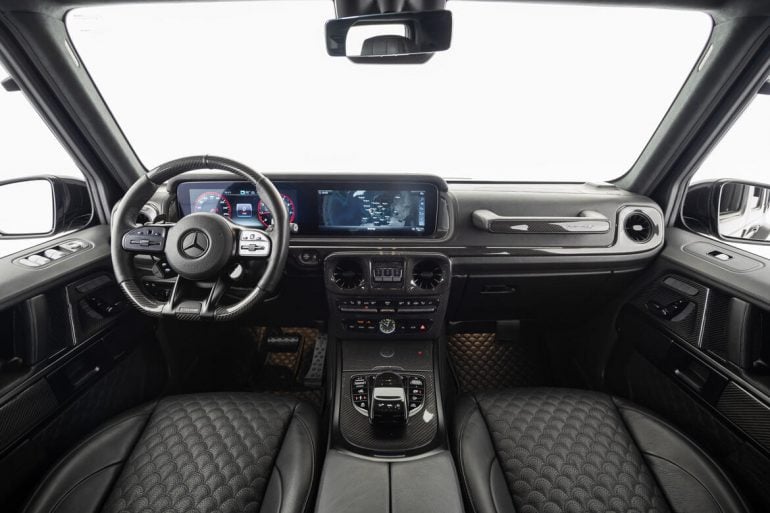 The metallic Obsidian Black exterior paint is exclusive to the Superblack version, while there are plenty of carbon fiber add-ons that can be found on the outside, including the tailpipe trims, integrated lighting, and flared wheel arches. Additionally, the beast-of-a-machine is equipped with a remote-controlled winch, roof rack, 22-inch wheels with a black finish and wrapped with all-terrain tires, electric running boards, FlexiTeak floor in the bed, and an illuminated Brabus logo in the front grille. The Superblack also has a spare wheel mounted in the bed along with two fuel canisters. 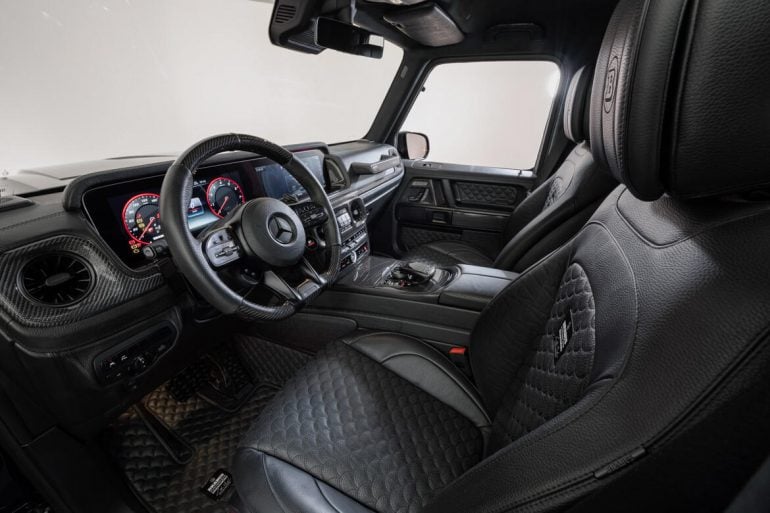 The cabin is upholstered in black leather that features fish scale-like stitching, while most of the inserts are made of carbon fiber. Brabus says over 200 interior parts are specific to this build. There’s even a Panerai dash clock that also gets a blacked-out look. In terms of mechanical updates, the Brabus 800 Adventure XLP Superblack is fitted with portal axles that give it’s a greater ground clearance than the regular G63. Brabus has also worked its magic on the 4.0-liter V8 engine that produces 789 horsepower and 738 pound-feet of torque. The V8 is paired with a nine-speed automatic transmission that helps the gigantic truck accelerate from zero to 62mph in just 4.8 seconds. The top speed is limited to 130mph, which is quite necessary as this go-anywhere machine has a very high center of gravity and its all-terrain tires are not meant to handle high speeds. If you think the Adventure XLP Superblack is for you, be ready to pay €726,260 (roughly $823,000). 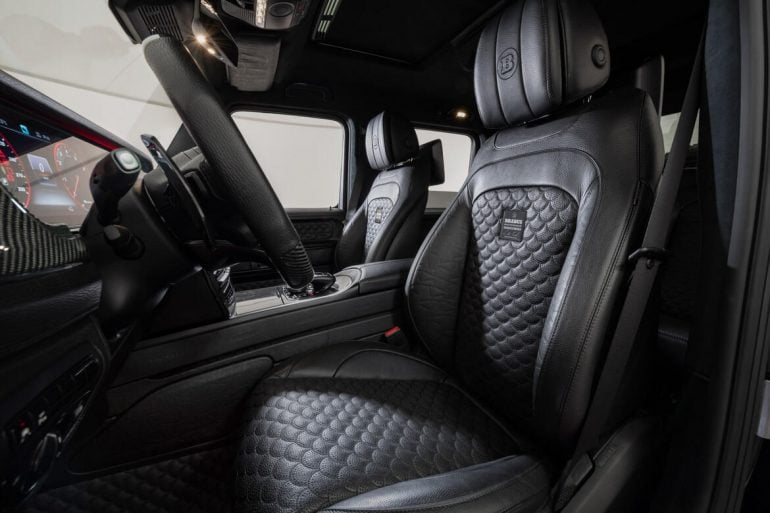 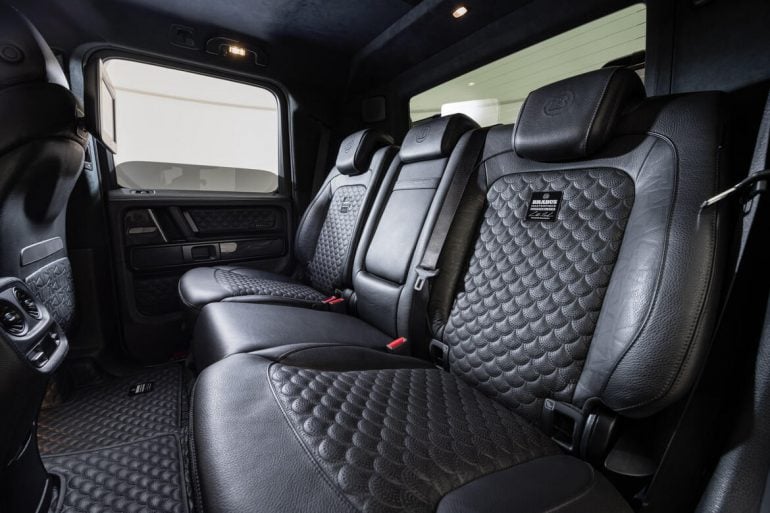 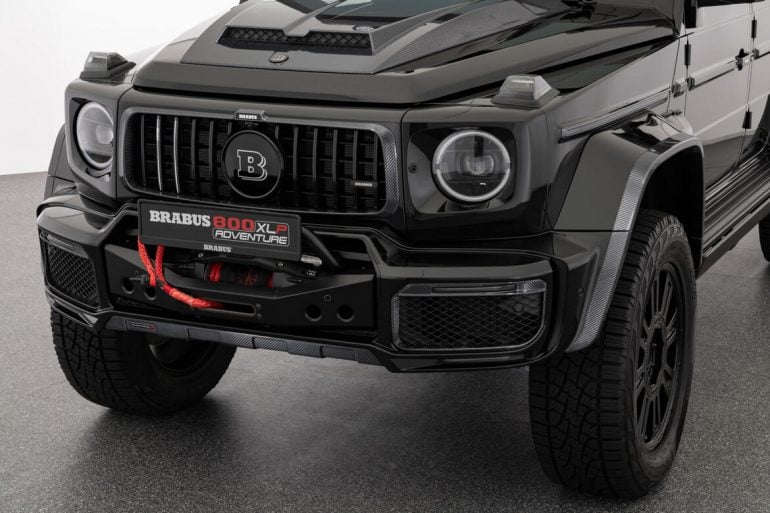 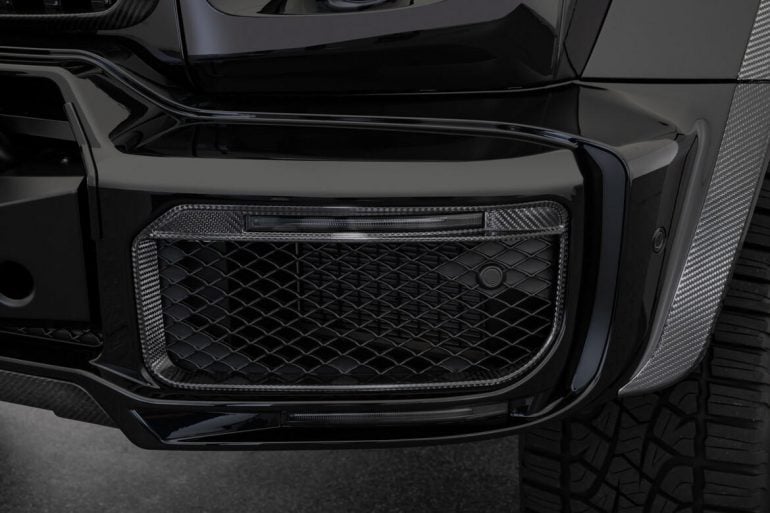 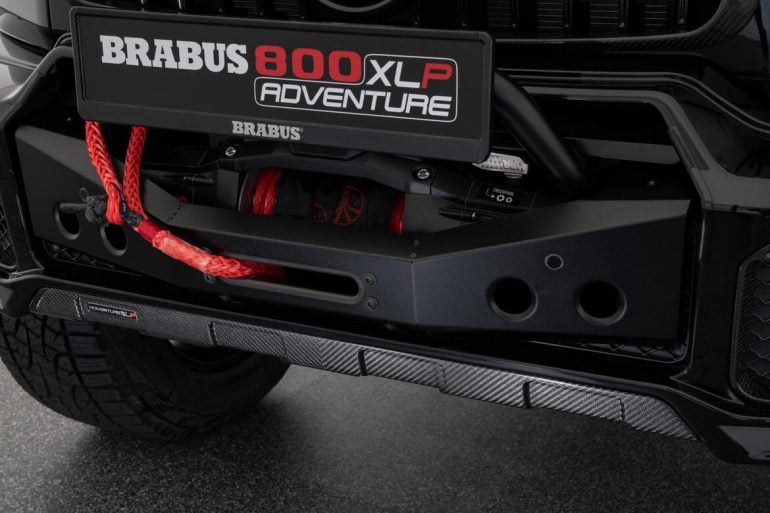 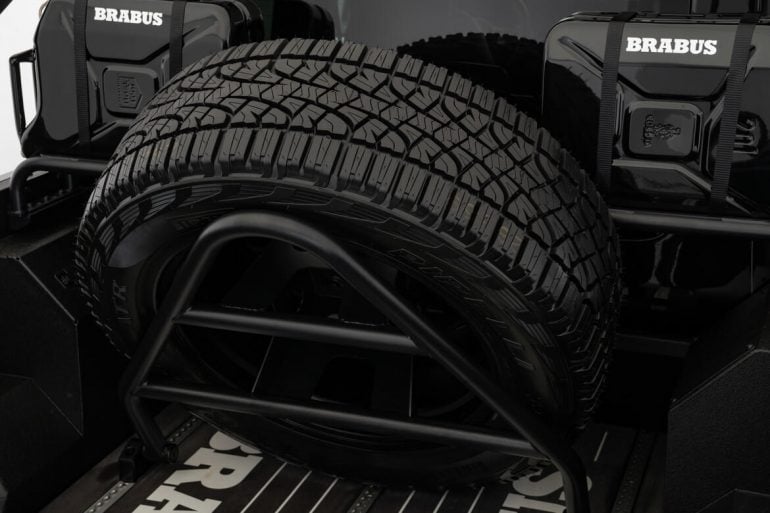 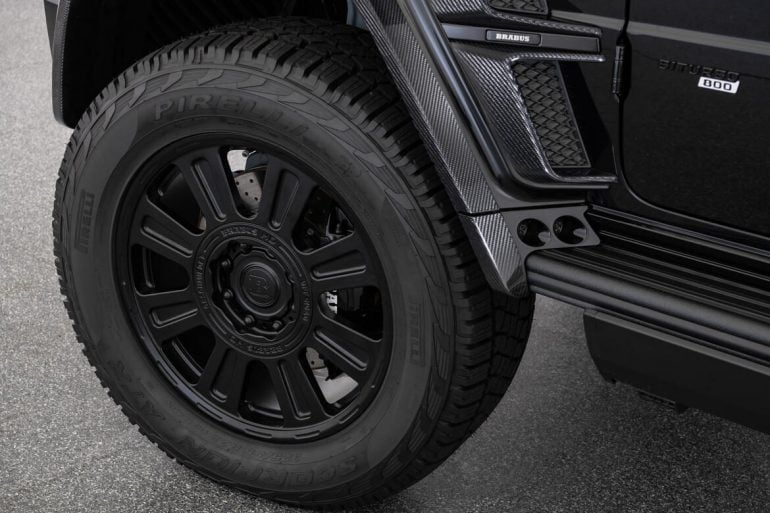 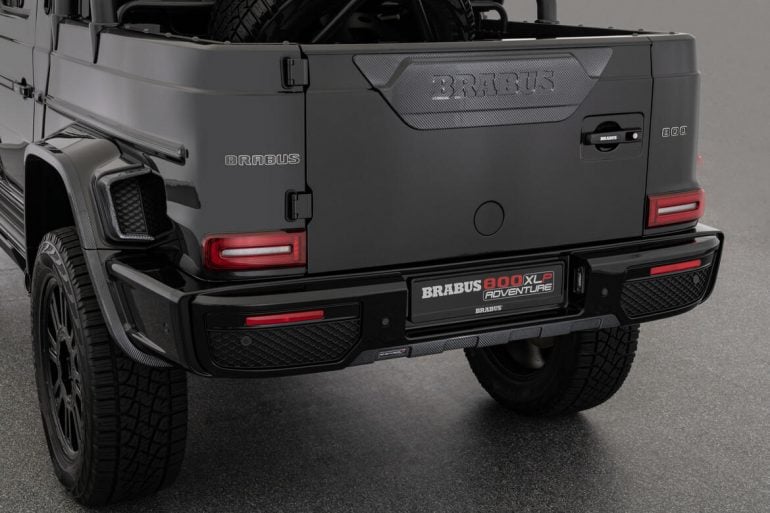 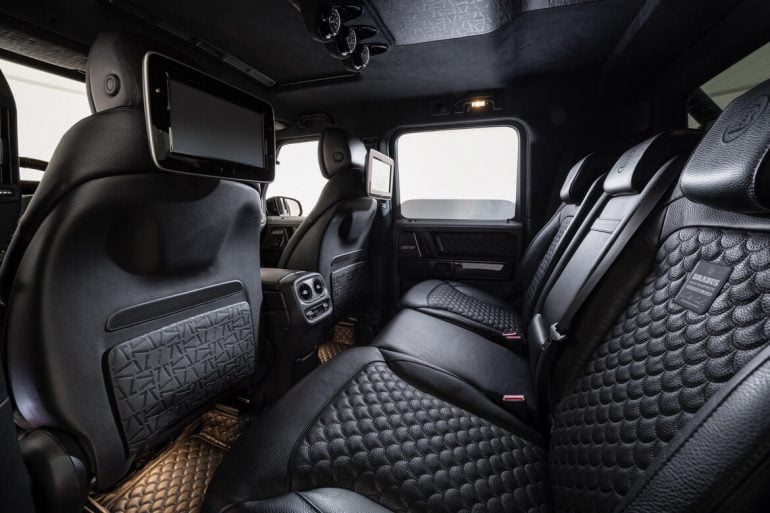 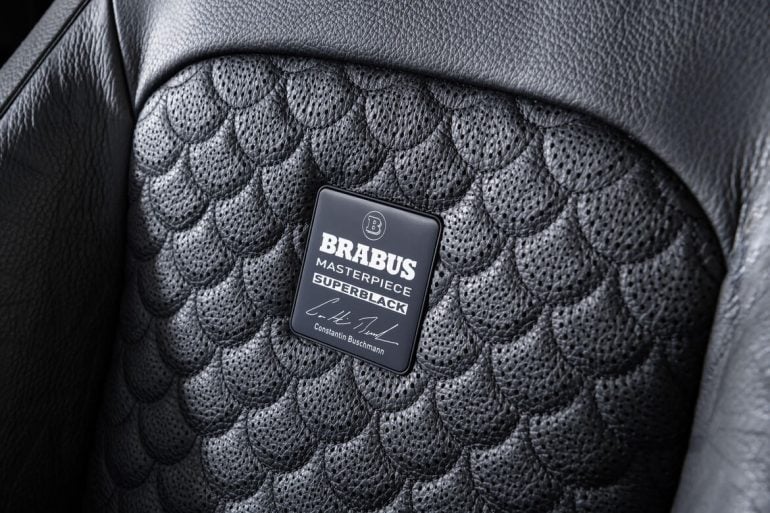 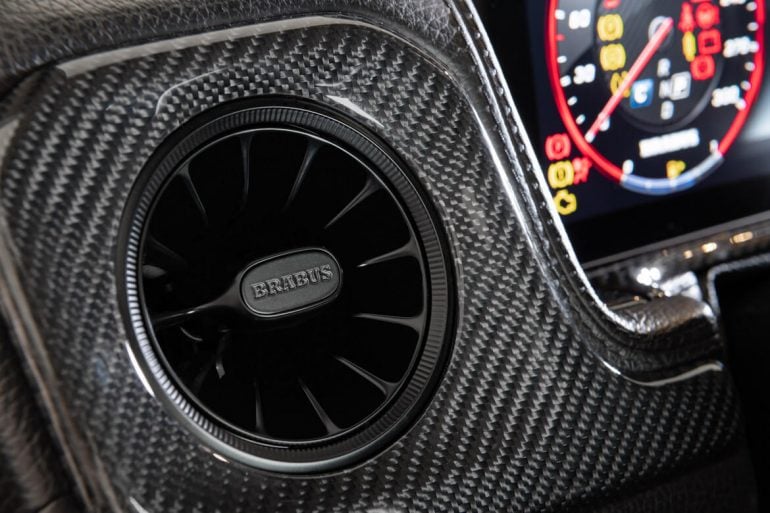 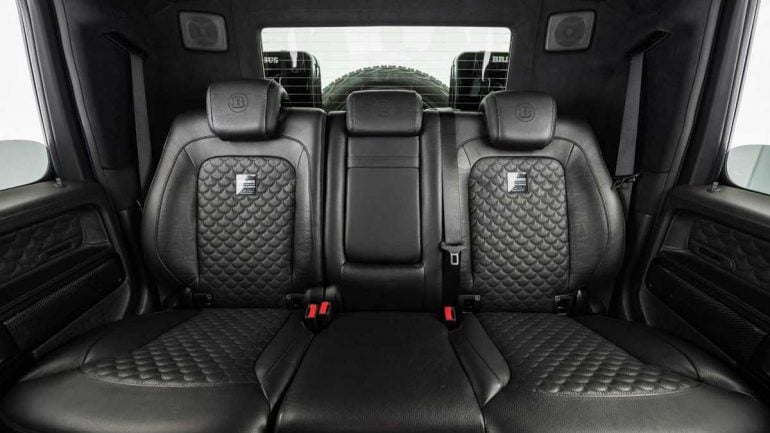 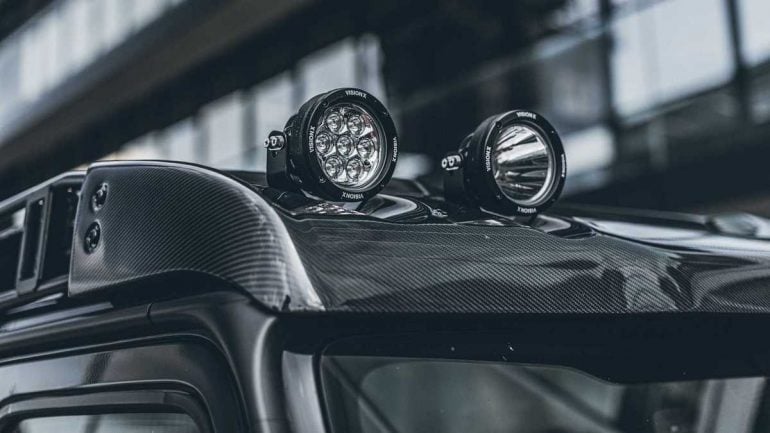 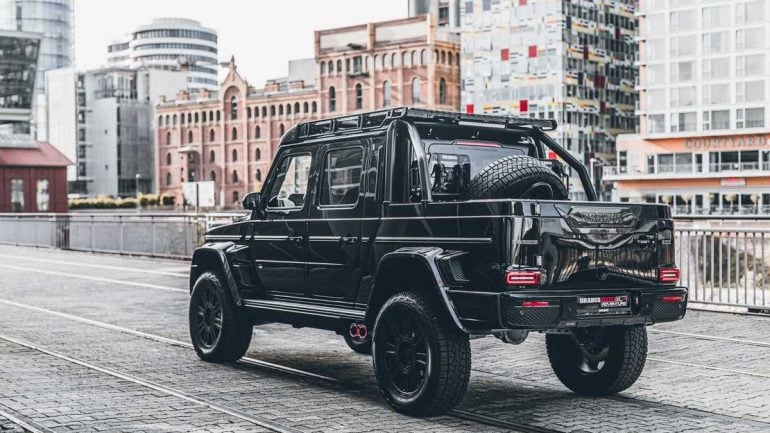 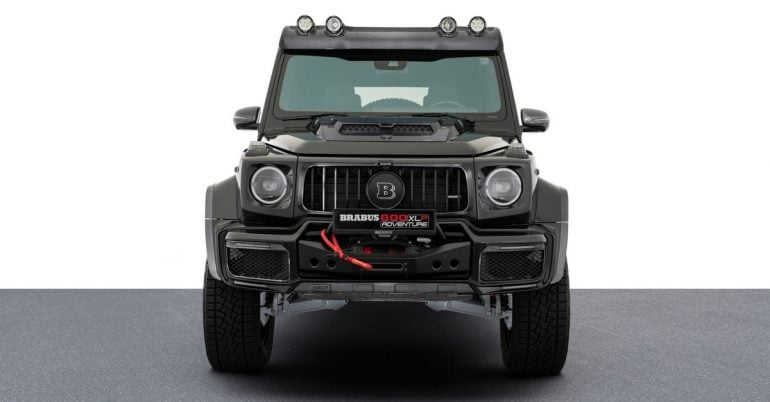