The idea of thrashing the throttle and whipping the corners of the Nurburgring on a SUV to get a competitive timing on the sheet might have seemed crazy a couple of years back but the gap between sportscar-like performance and SUV capabilities has diminished over the years to a very narrow margin. And the new Range Rover Sport SVR is in fact so fast that it will put some of the best sports cars to shame. The thing is so astoundingly fast that it can lap the Nürburgring in just 8:14 and accelerate from 0 to 60mph in 4.5 seconds. Following a range of teaser shots, videos as well as a dynamic debut at the Goodwood Festival of Speed 2014, the 2015 Range Rover Sport SVR has officially been revealed and will make its public debut at this week’s Monterey Car Week 2014 and more specifically at the Pebble Beach Concours d’Elegance. 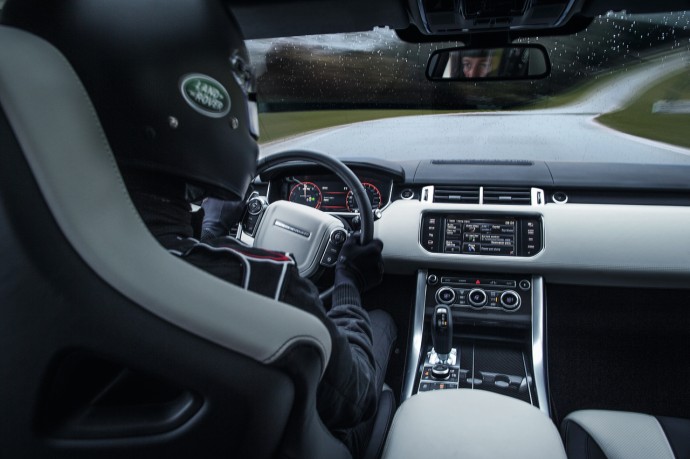 The 2015 Range Rover Sport SVR is the first volume production model from Jaguar Land Rover’s new Special Vehicles Operations unit and as expected, the vehicle packs the supercharged 5.0-liter V-8 found in several models from Jaguar Land Rover. The output in the special Range Rover Sport is capped at 550 horsepower and 502 pound-feet of torque. It has 40 hp and 41 lb-ft more than the output of the most powerful Range Rover Sport currently offered and can hit a top speed of 162mph making it the fastest Range Rover. Despite the extra performance offered by this engine, fuel efficiency and CO2 emissions haven’t changed over the less powerful Range Rover Sport. As standard, the 2015 Range Rover Sport SVR has 21-inch alloy wheels complete with 275/45 R21 tires at all four corners. 22-inch wheels with 295/40 R22 Continental SportContact 5 performance tires are also offered. Braking power is provided by Brembos complete with six-piston calipers. Sales commence this fall, with pricing set at $111,400 including a $925 destination charge. 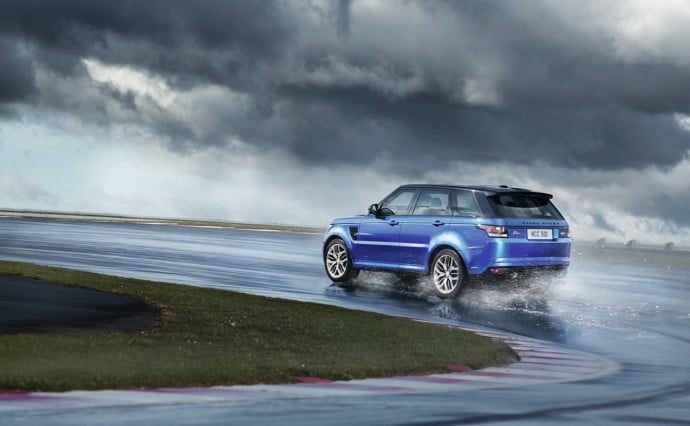 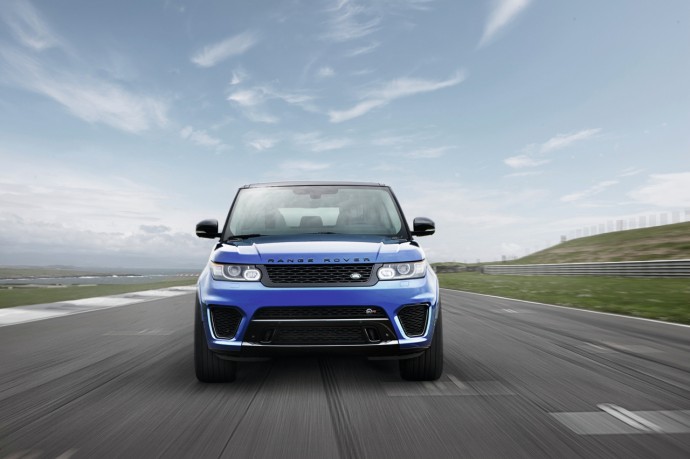 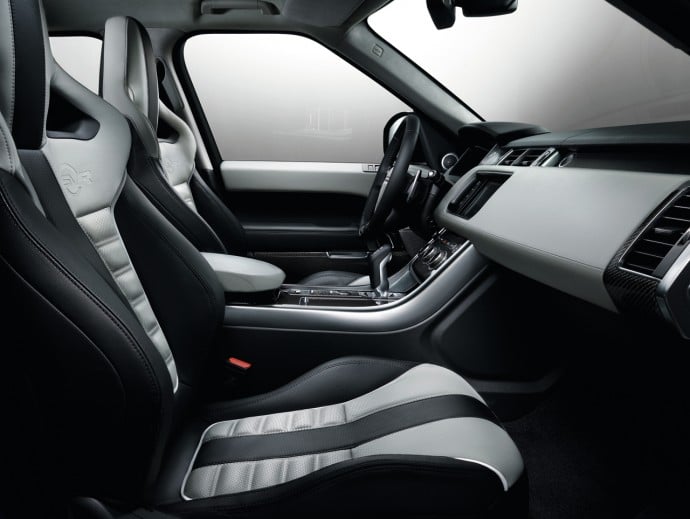 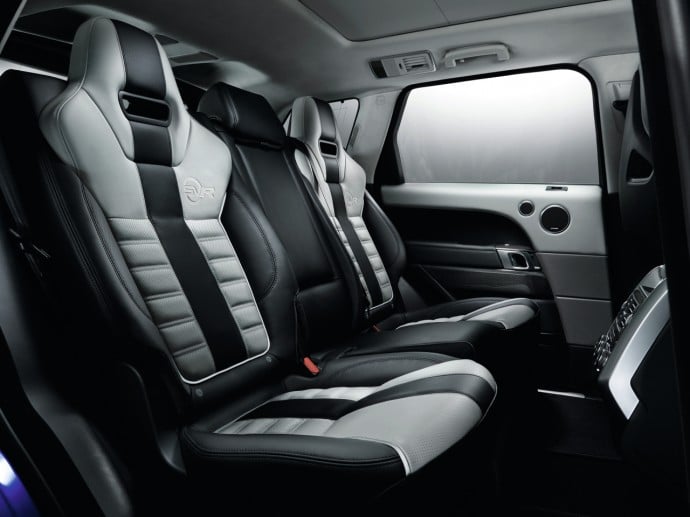 Tags from the story
Range-Rover, SUV