Polestar’s latest collaboration is proof that EV technology will find wider application than the intended use in the automotive industry. The EV maker has joined forces with Swedish boat maker Candela to offer its batteries and charging tech for the company’s new electric powerboat. Called the C-8, it’s being touted as an electric boat with the longest range in the world. The high-performance hydrofoil boat made its debut a few weeks ago at CES 2023 and is Candela’s first mass-production model. Previously, the company had launched the C-7 electric boat which was limited to only 32 examples and the production run was completed in 2021.

The C-8 uses the 69-kilowatt-hour battery pack from the standard-range, single-motor Polestar 2 along with its DC fast-charging technology. Candela says the C-8 will offer a range of 57 nautical miles at a cruising speed of 22 knots (25mph), which is claimed to be two-to-three times longer than a conventional electric speedboat. 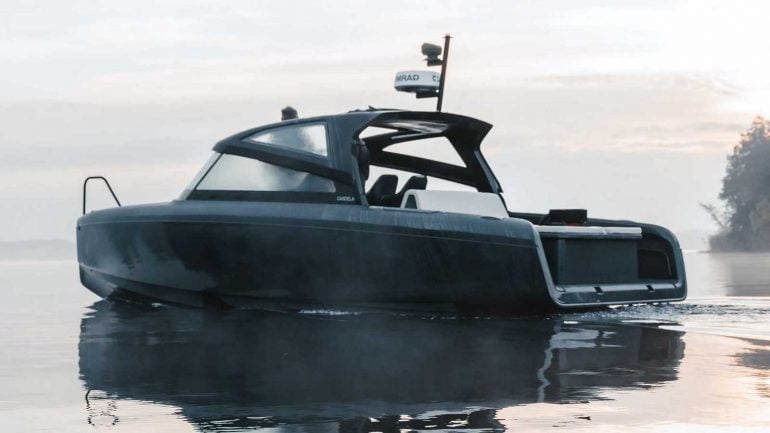 The C-8 is equipped with retractable hydrofoils and a direct-drive motor pod. In shallow water or when at the harbor, the hydrofoils stay retracted for protection. Extending the hydrofoils works like an aircraft wing and lifts the boat out of the water, which reduces drag and increases efficiency. The electric boat will be available in three versions. The Daycruiser features only a wrap-around windshield, while the hardtop version gets a roof. 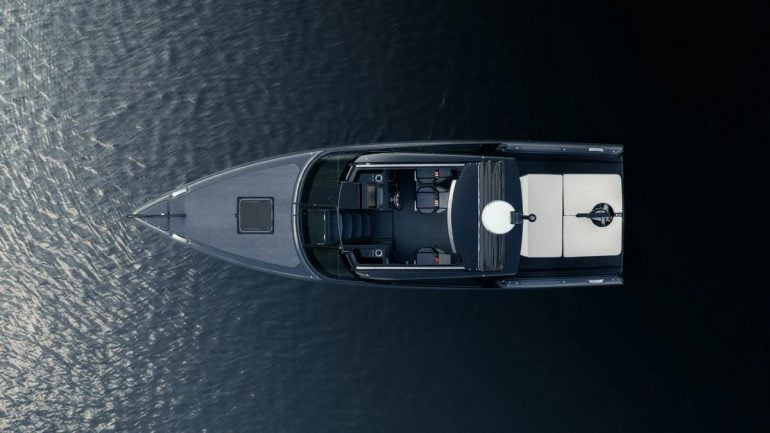 The T-Top variant offers a covering over occupants’ heads with open sides. Candela claims it has already received over 150 orders for the C-8 and it will start customer deliveries in spring 2024. The Candela C-8 is listed on the company’s online configurator with a starting price of €330,000 (roughly $356,000).