It has been more than three months since the US and its allies introduced severe international sanctions against Russia in response to the invasion of Ukraine and its crippling effects are clearly becoming more evident by the day. Russian civil aviation has been subjected to unprecedented bans and is considered one of the worst affected sectors with Airbus and Boeing refusing to offer parts and maintenance and almost half of the world closed to its flights. To make matters worse, the country’s air transport got one of the biggest blows recently when China (one of the few nations that have been partial towards Russia after Ukraine’s invasion) banned a major chunk of Russia’s passenger aircraft fleet from entering its airspace. 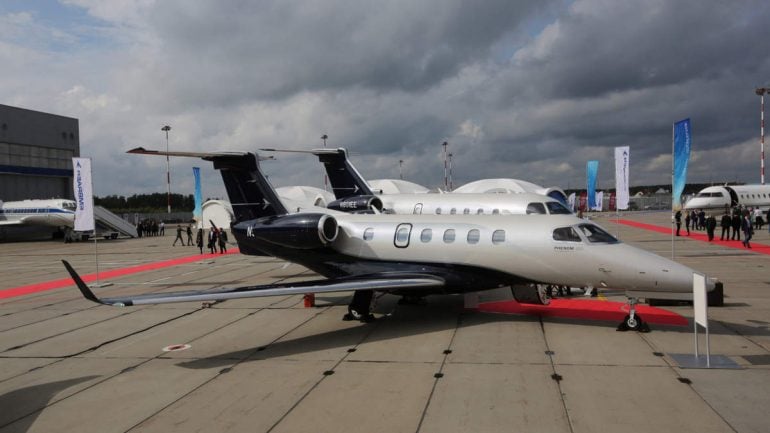 According to a report by Airways Magazine, the Chinese Civil Aviation Authority prohibited Russia-operated civil aircraft that were unlawfully taken away from European leasing companies. A few months back, both Airbus and Boeing decided to stop offering their maintenance services and spare parts to Russian aviation companies. This was immediately followed by all the European leasing firms deciding to repossess airplanes leased to Russian carriers by revoking their airworthiness certifications. In an unprecedented move, Russian President Vladimir Putin responded by signing a new law that allowed the country’s aviation companies to retain all the leased jets and get them re-registered in Russia, which is in clear violation of international laws. According to a few reports, more than 100 such civilian jets estimated to be worth $10 billion have been practically “stolen” by Russia.


Last month, the Chinese Civil Aviation Authority asked all airline companies operating in the country to update their respective electronic dossiers that contain critical information about aircraft, owners of the company, and ground handling contracts. Expectedly, the Russian carriers operating the stolen jets were unable to furnish the details, which ultimately led to those aircraft getting banned from entering China. Although not all Russian-flagged aircraft have been prohibited, it’s estimated that roughly half of the 1,287 Russian-operated aircraft were illegally seized and re-registered domestically after Putin signed the law. Interestingly, Russia even officially issued a warning to these airline companies from flying those jets internationally to avoid the risk of getting seized by the western authorities.
The situation isn’t any better for the airplanes that are rightfully owned by Russian airline companies. A huge portion of Russia’s fleet of civilian aircraft has been practically grounded without the supply of spare parts needed to maintain their airworthiness. Russia even altered its aviation rules to remove various safety regulations related to maintenance and certification. However, if the sanctions are not lifted anytime soon, the country’s civil aviation will be staring at an existential crisis. According to an internal Russian governmental report, the international sanctions “could lead to more than half of the fleet being dismantled for parts by 2025.” While Russia has been working on domestically producing its own commercial jets, the country is nowhere close to replacing Airbus and Boeing. Sukhoi The highly publicized Superjet 100 remains the country’s best prospect, but the aircraft has been plagued with supply-chain issues and suffered a big setback when a demo aircraft crashed in Indonesia in 2012.
Tags from the story
Aircraft, China, Russia