Founder Pierpaolo Lazzarini of Lazzarini Design is known to push the envelope when it comes to dishing out extraordinary yachts. This time he has literally ditched all the fundamental rules of sailing and yacht design resulting in an immense void right in the middle like a hole in the needle. Its structure reminds me of a mighty whale where the white of its skin has inspired the gaping hole of the superyacht. Like most of its predecessors, this one too is a concept that has not stemmed from any conventional design book.

Aptly called The Shape, this hole serves no other purpose than attention-grabbing and looking a class apart from those who don’t dare to change. With a length of 226 feet, The Shape will accommodate three decks. Suites will consume the first-floor area, living space can be enjoyed on the second deck, and a command center on the third. The cavity does in fact, steal a lot of deck space, leaving entertainment possibilities in the lurch. 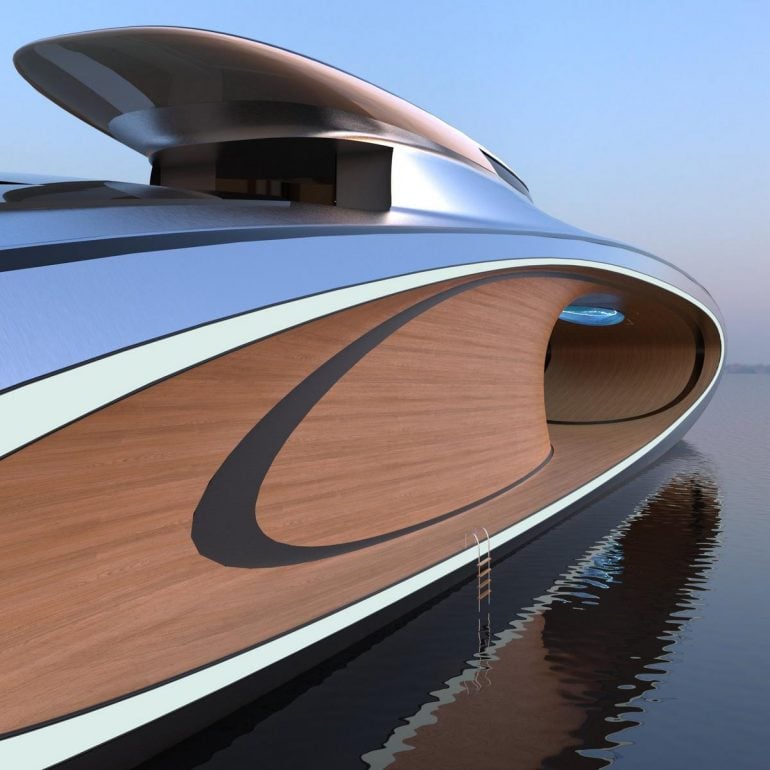 What could’ve been an area with a spa or fitness center and cinema is now simply a cavity that defied norms and will give the owner an edge over the others for splurging on something for its sheer design elements. However, the hole isn’t as futile as we think. In addition to three smaller pools on the aft decks, a fourth one resides at the ship’s bow. The glass-bottom pool will be a visual treat for the people standing inside the hole. 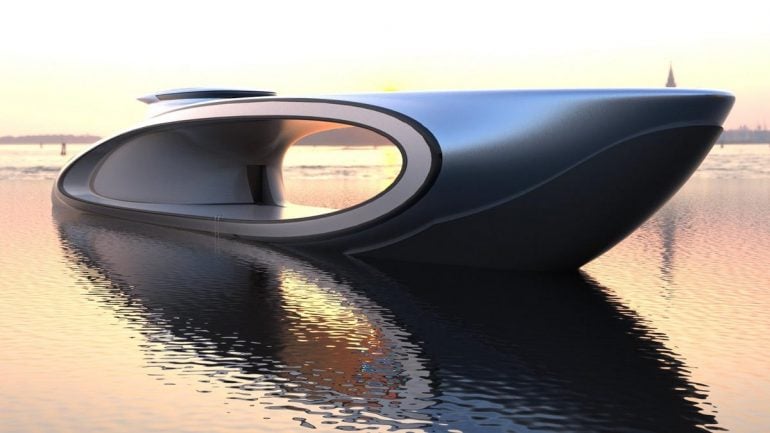 The space may be utilized to set up a secondary beach club with incredible views of the ocean, the sprawling deck area, and of the swimmers inside by simply looking up. Lazzarini imagines The Shape with solar panels on the sundeck and a sizable helipad at the very top. 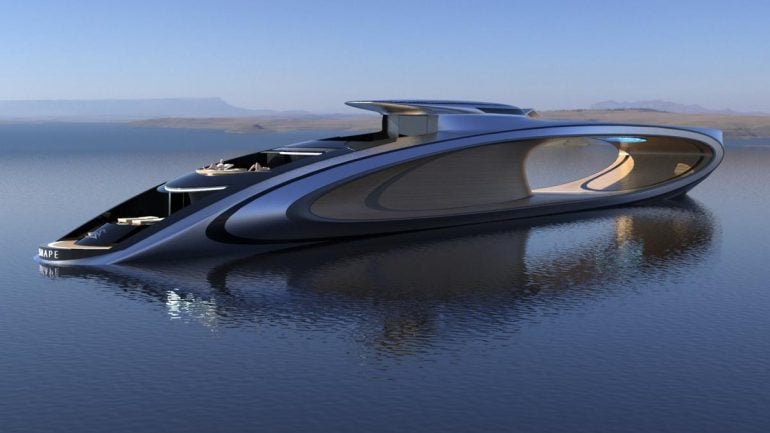 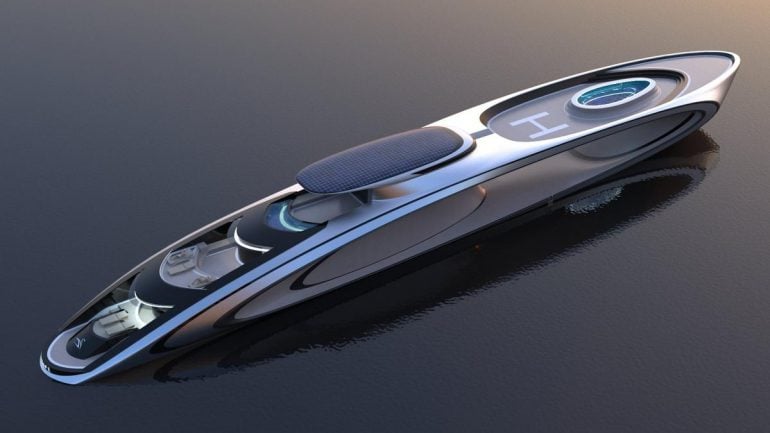 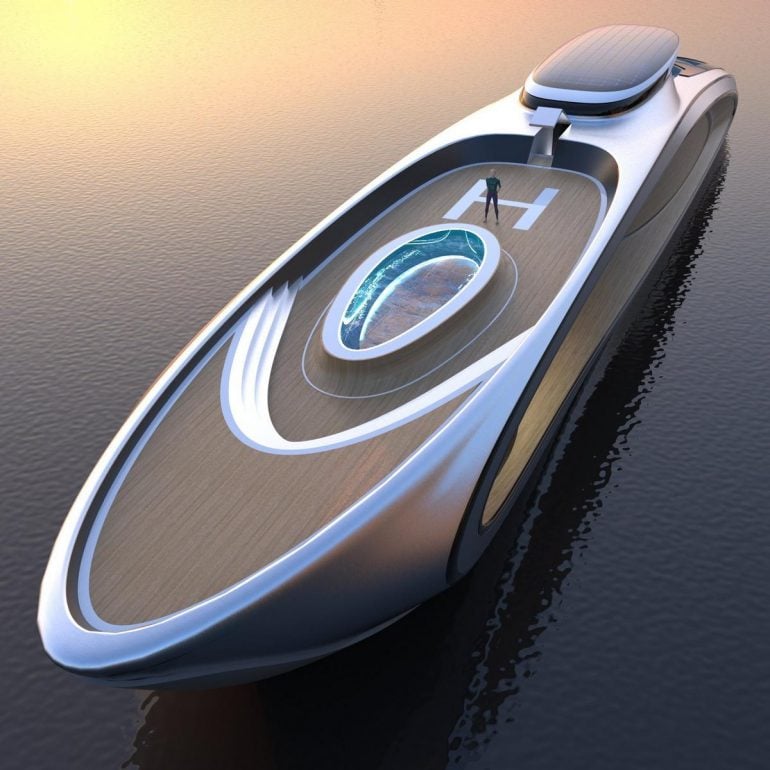 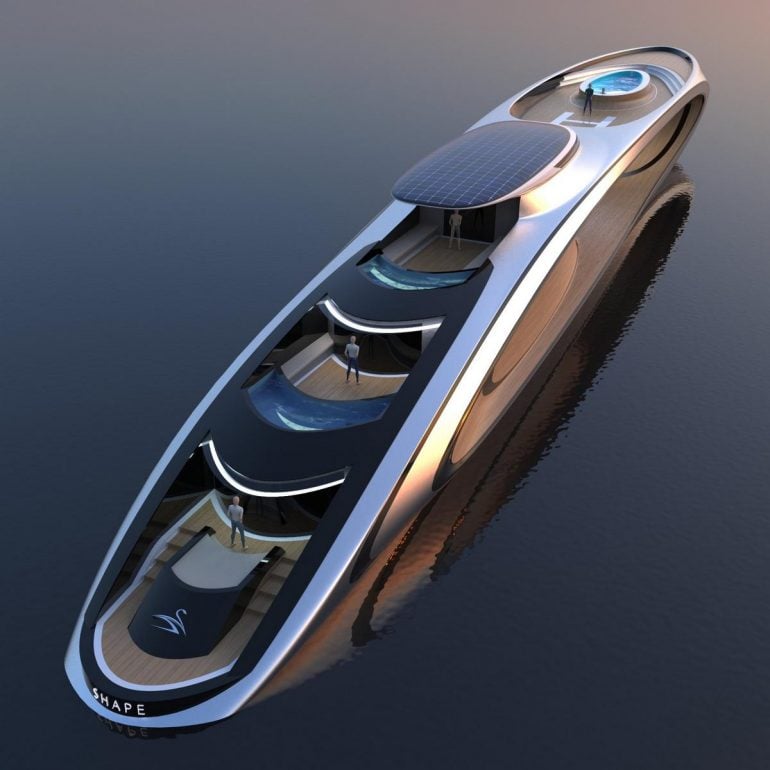 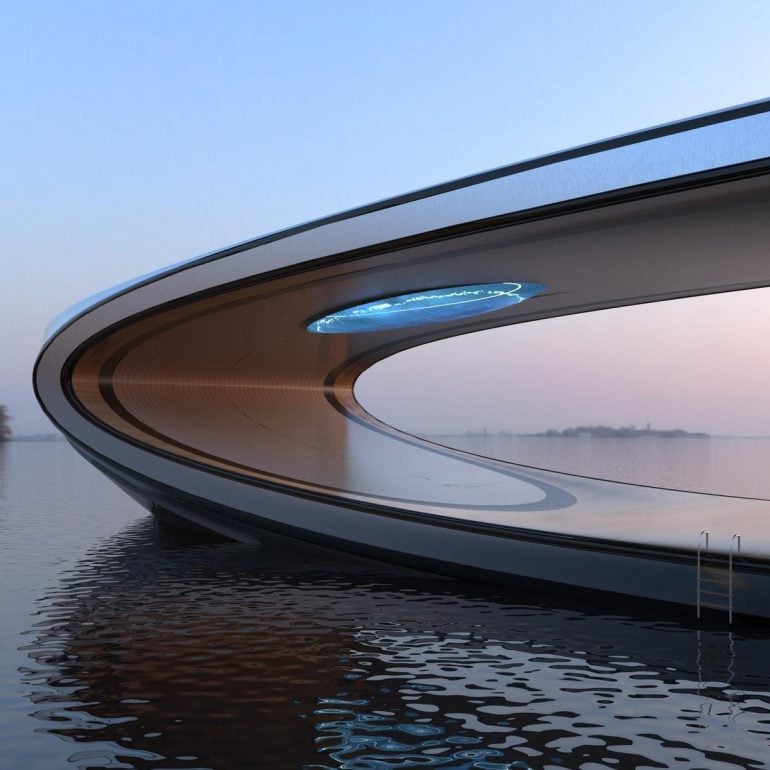 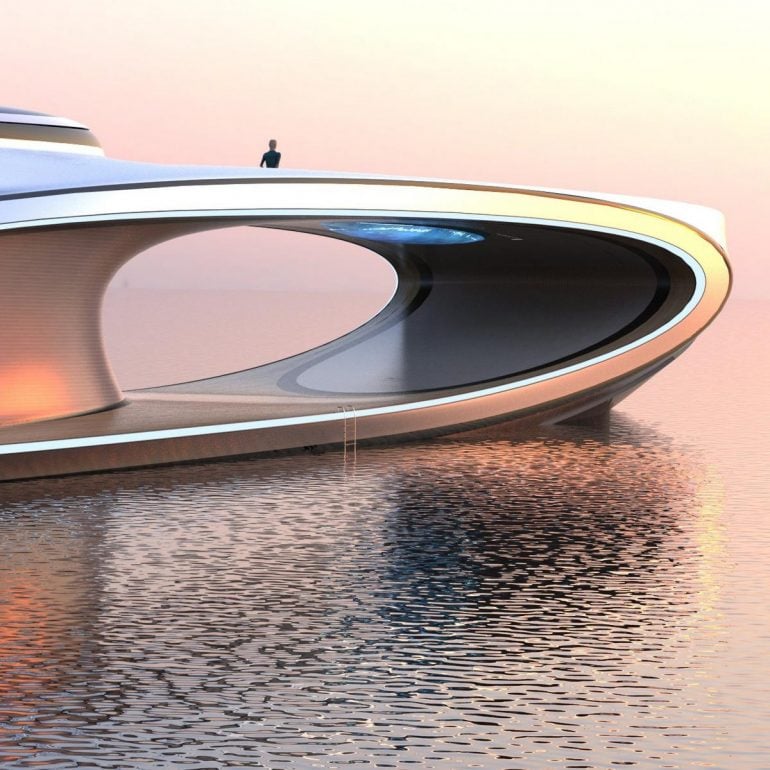 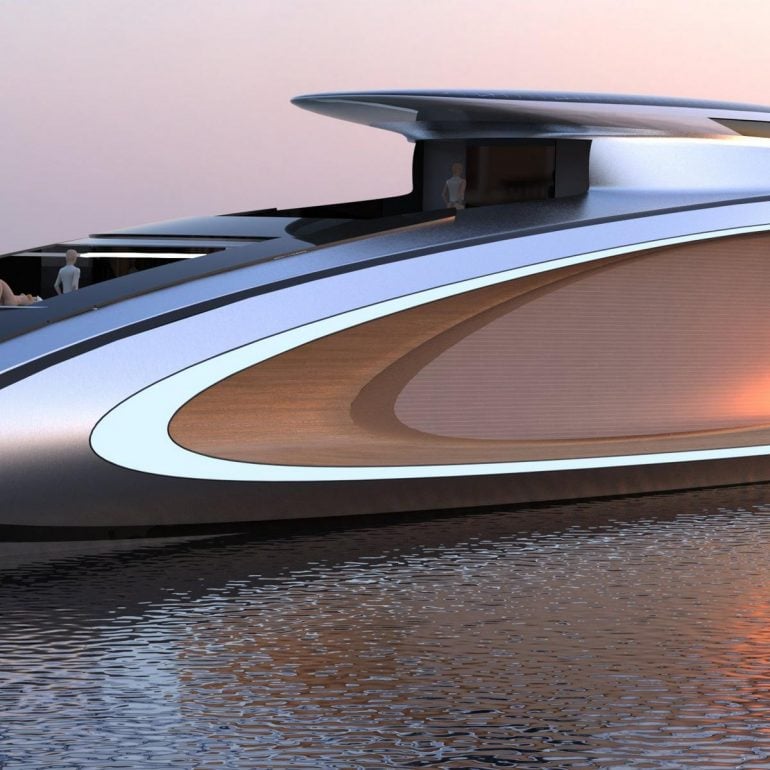 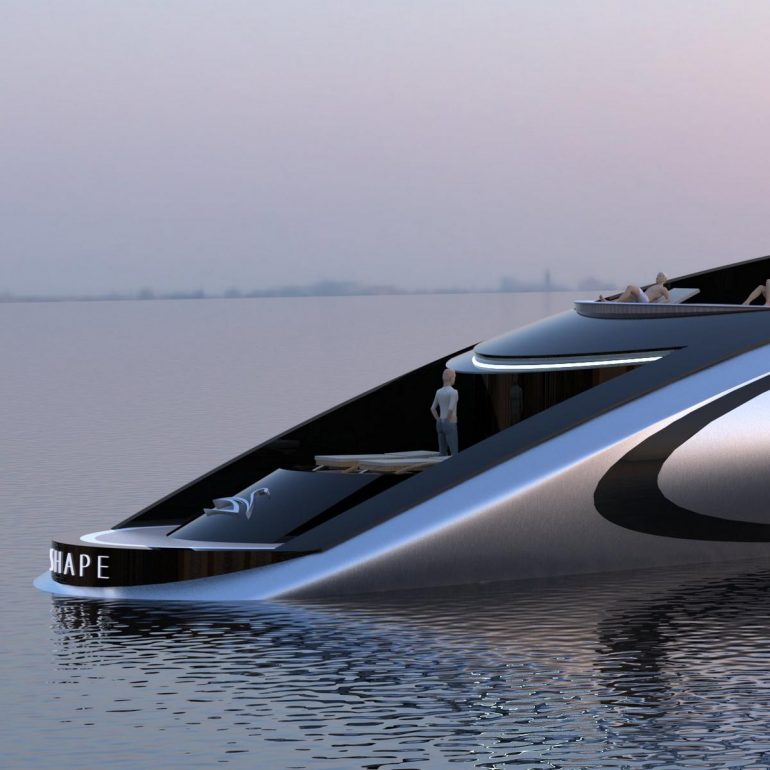 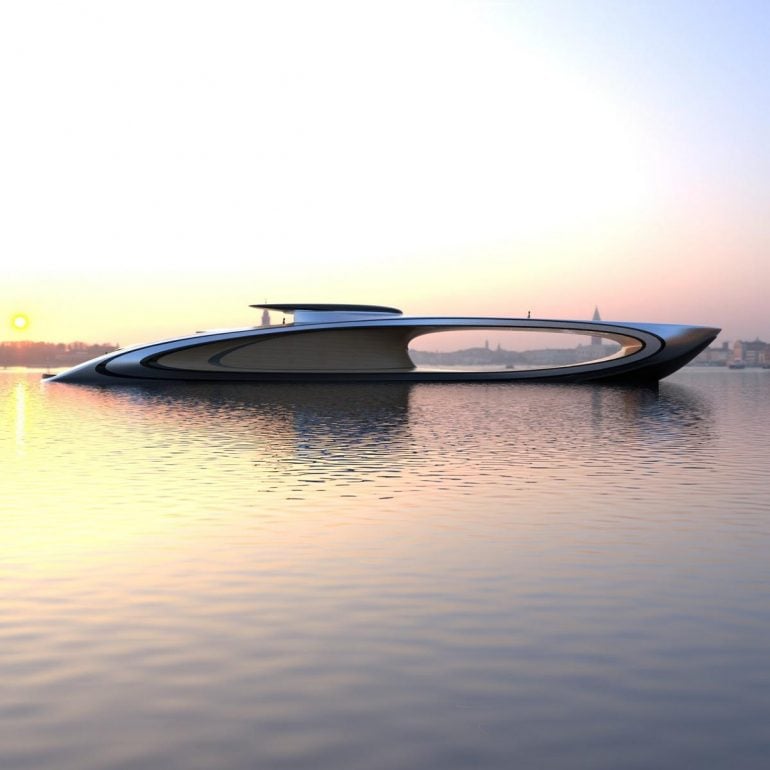 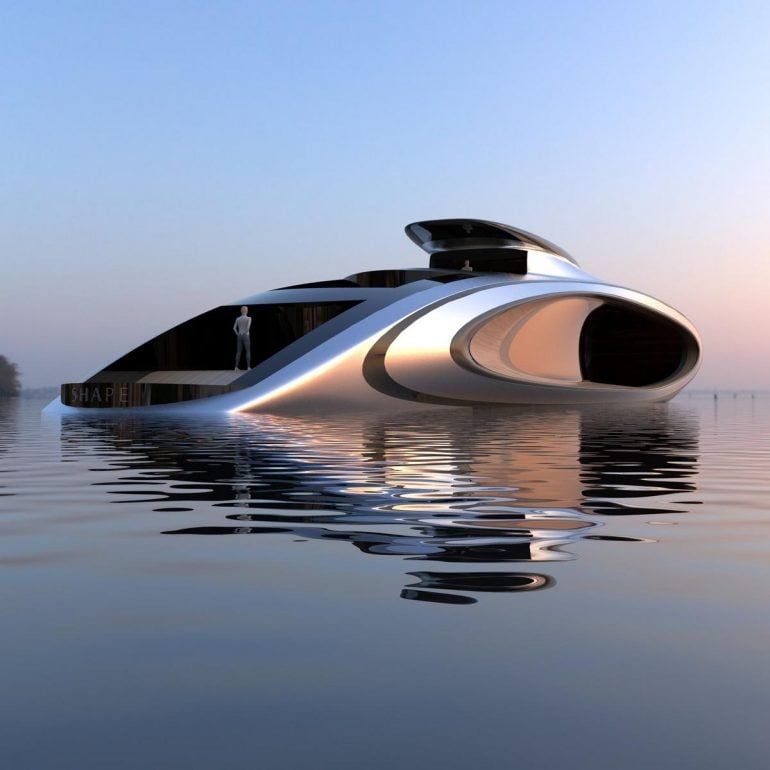 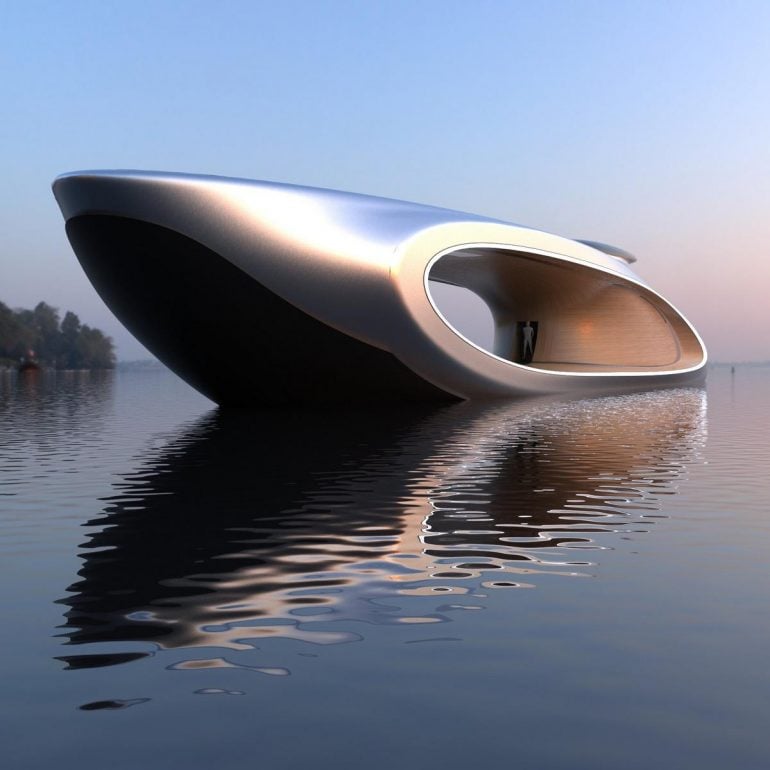 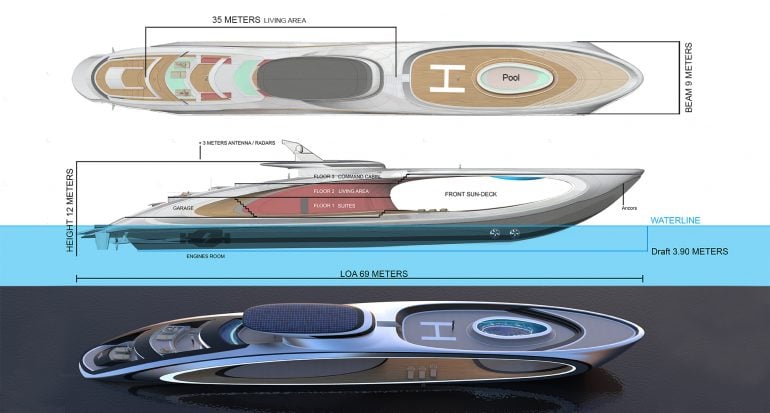