The legendary Burning Man festival is unlike any other festival. What started as two friends burning an 8-foot tall human effigy on Baker Beach in San Francisco 35 years ago has now turned into a one-of-a-kind event that takes place every year in the Nevada desert. Two longtime Burners, a leading American video-games developer and his partner, were so inspired by the festival that they decided to get themselves a superyacht with an interior themed after the Burning Man. A 184-foot superyacht named Galaxy that was constructed in 2005 by Italian shipbuilding company Benetti underwent a refit on the behest of the two owners who wanted fantasyland interior. The refitting process took only five months, which is incredibly quick for a yacht of its size and the level of complexity of the project. The result is a superyacht that looks like any other modern superyacht but with an interior that’s nothing like anything we’ve seen before. 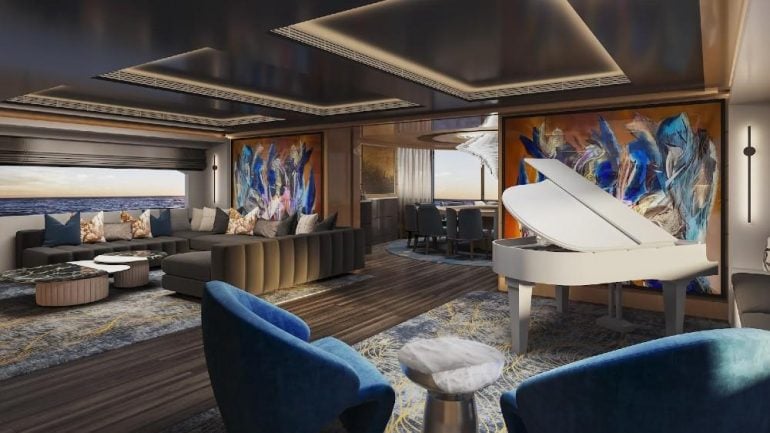 The bold and colorful interior was designed by London-based Njord by Bergman Design House, while the refit was done by Monaco Marine and GM Group at the La Ciotat yard in France. “Galaxy isn’t just another white superyacht on the French Riviera,” says Sarah Colbon, co-founder of the design firm. “The yacht is its own out-of-world destination that touches all your senses and excites and embraces you with its energy.” The expansive main deck has been turned into a “floating private member’s club” complete with bespoke décor, trippy lighting, and bohemian artwork, including Rodin’s iconic “The Thinker” sculpture reimagined by contemporary artist Joseph Klibansky with an astronaut in the pose. The flooring is also specially engineered. “The tight ripple effect stimulates the nerve endings on your feet when you walk on it and triggers endorphins to make you super relaxed,” said Colbon. “It also looks like the ocean with tiny waves crashing on top of each other.” 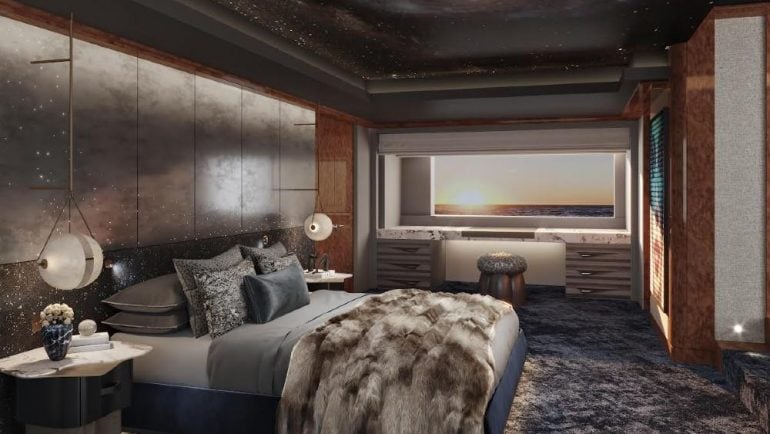 While the main deck is a place to party and go wild, the upper deck has a completely contrasting vibe to it. It features a lounge and dining space for 12 guests. The design, colors, and artwork are all meant to create a calming environment. The suites have been named and styled after the planets from our solar system. “We’ve designed Venus and Saturn with beautiful light pearls and golds, while Mars has these striking earthy red tones,” said Colbon. “Rather than being gimmicky, we’ve respected the colors and sensibilities of the planets.” The master suite gets a bespoke headboard and ceiling with tiny LED lights that look like stars. The Galaxy’s interior is a sensory overload just like the Burning Man festival which is making a comeback this year after being canceled for the last two years due to the pandemic. 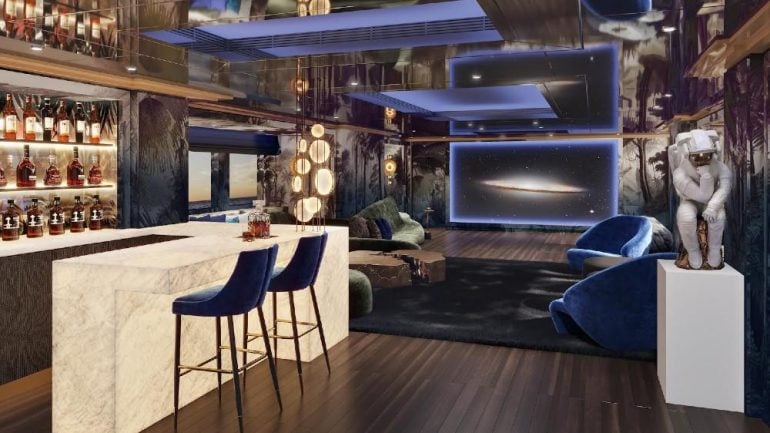 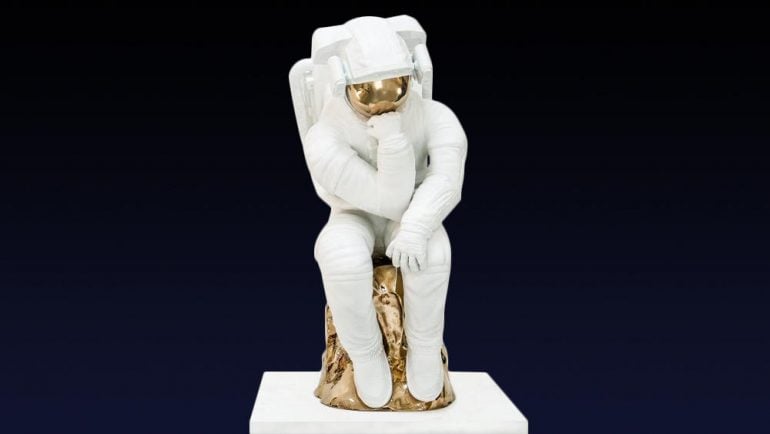