Ferrari pulled the wraps off its newest flagship hypercar on Wednesday, which marks the beginning of a new chapter for the iconic Italian marque. Called the SF90 Stradale, the latest hybrid hypercar can be seen as a successor to the famed LaFerrari. However, unlike the LaFerrari, the new hypercar isn’t a limited-edition offering but a part of the automaker’s standard line-up which will have a normal product cycle. The SF90 Stradale also indicates Ferrari’s move towards electrification and future-proofing its products.

The looks
“Design should be functional to the technology, but should still be something that is called a piece of art,” says Enrico Galliera, Ferrari’s chief marketing officer. Road-going Supercars have always been about their head-turning aesthetics while pushing the envelope of what’s technically possible to the extremes. However, some of the high-performance cars to have come in recent times are so highly focused on attaining the seemingly impossible technical feats that function takes precedence over form. But Ferrari is one of those brands that is aware of the fact that aesthetics is just as important and knows how to strike the perfect balance between design and function. The new SF90 Stradale is no different.

On the outside, the flagship hypercar is radically different than anything we have seen from the Maranello-based marque in the past. It’s bold, it’s radical and it is riddled with design elements that make it look like a hypercar from the future (very un-Ferrari-like). Despite the dramatic styling, the SF90 Stradale’s design is clean and free of unnecessary creases and curves. Ferrari says aerodynamics played a major role through the design process of the car. While elements like the low engine cover and rear diffuser play their part in boosting downforce, the active element at the rear helps to control airflow over the car like the DRS system in F1 cars. It adjusts for low drag at high speeds and high downforce through corners, under braking and during changes of direction. 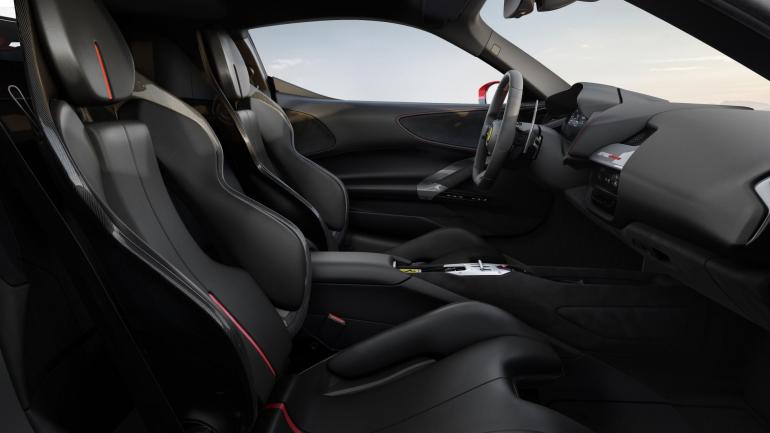 Stepping inside the cabin, the interior of the SF90 Stradale is even more radical than the exterior of the hypercar. It’s is Ferrari most high-tech and futuristic cabin till date. A massive 16-inch curved display situated behind the steering wheel is the most eye-catching element of the cabin, which is augmented by a new head-up display (HUD) that will reconfigure based on your driving mode. The steering wheel also features multiple capacitive-touch interfaces that increase the number of functions the driver can operate while decreasing the number of physical buttons. 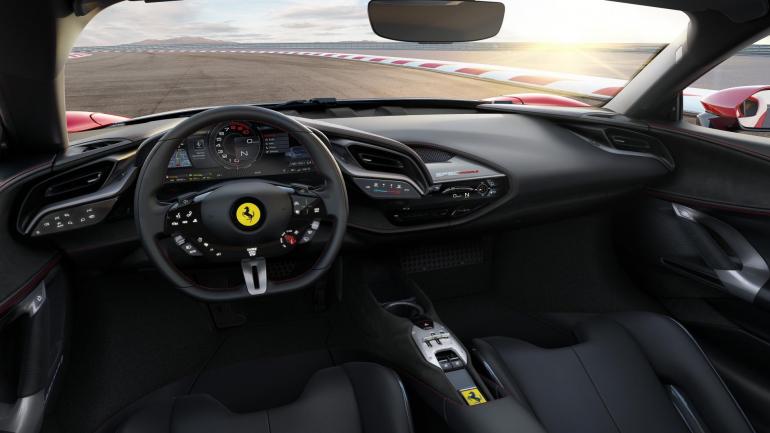 The performance
The SF90 Stradale is Ferrari’s first ever Plug-in Hybrid car in its history. The hybrid powertrain is built around the familiar 4.0-liter, turbocharged V8 engine, also found in the 488 GTB, however, Ferrari claims that it has been completely changed for this application. The V8 engine produces a tarmac-shattering 769 horsepower, compared with 710 in the 488 Pista, making it the most powerful eight-cylinder engine Ferrari has ever built. The V8 engine is paired with a trio of electric motors, two in the front and one in the middle attached directly to the transmission, which together produces a maximum of 217 horsepower. This takes the cumulative power of the hypercar to 986 horsepower, thanks to which the hypercar can accelerate from zero to 62mph in just 2.5 seconds and hit a top speed of 211mph. This makes it the fastest production, road-legal car ever built by the Italian automaker. Ferrari says the hypercar has a range of 15 miles in the completely silent all-electric eDrive mode. The electric motors not only give the hypercar all-wheel-drive capability but also helps act as the reverse gear for the car. This has helped Ferrari use much lighter, revised, eight-speed, dual-clutch transmission, which doesn’t have a cog for reverse gear. 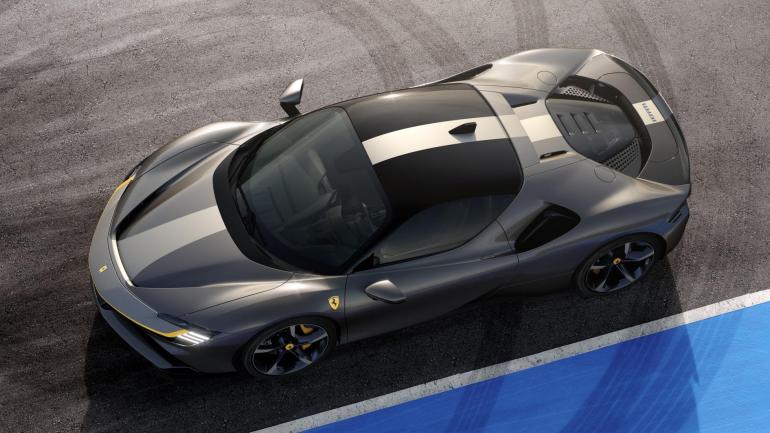 Pricing and competition
Ferrari is yet to reveal details on the SF90 Stradale’s pricing and availability, but we know it’s not going to be cheap. It could very well be priced between half a million and a million dollars. But Ferrari’s newest flagship is a lot more than just the price-tag and its insane performance numbers. It’s Ferrari’s first proper step towards electrification of cars and the transition towards sustainable mobility. Ferrari CTO Michael Leiters commented that the SF90 is just the “first step in a direction that Ferrari is committed to pursuing with unwavering determination.” Although, there’s no direct competition to the SF90 Stradale and it could only be logically compared to its predecessor, the LaFerrari. But we are excited that it will go head to head with some mad hypercars like the Aston Martin Valkyrie and the Mercedes-AMG One. The battle between the three should be unlike anything we have seen before.

Tags from the story
Ferrari, Hypercar