What you are looking at is a two-wheeled rocket that has been created with the single-point agenda of setting a new land speed record for electric motorcycles. It has been created by a British engineering firm named White Motorcycle Concepts (WMC) that was set up not too long ago by Formula One engineer Rob White. In addition to working on Mercedes’ Formula One car, White’s CV with over 25 years of experience includes lending his engineering skills to develop Prodrive’s LMP1 prototypes and Aussie V8 Supercars. Before setting up WMC, White realized many of the clever aerodynamic trickery conceived by him for race cars could also be adapted and applied on two-wheeled machines.

Called the WMC250EV, the radical electric motorcycle might not look very different from streamlined drag race bikes if seen from the side. However, the front view reveals the WMC250EV’s biggest secret weapon that will help reach speeds over 250mph and smash the current land speed record. Unfortunately, the electric motorcycle has a massive hole right in the middle! 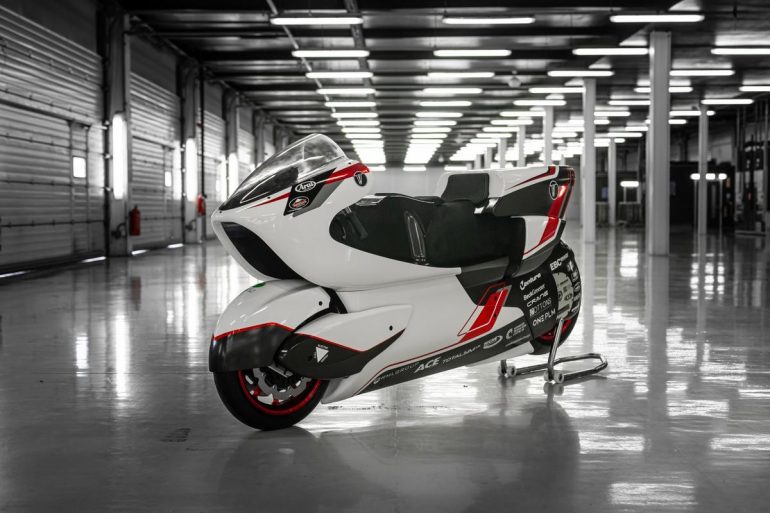 Designed to channel air through the middle and drastically improve aerodynamic efficiency, the aero tunnel that runs the entire length of the electric motorcycle is simply wild. The company claims the big hole in the motorcycle can help in reducing drag by up to 70 percent! We are pretty sure you might have never seen something similar, and there’s a good reason for it. Motorcycles powered by internal combustion engines have minimal flexibility regarding where you mount them in the chassis. However, with EVs, it’s completely different. The electric motor(s) and the battery can be mounted low down, which lowers the center of gravity and opens up a lot of space in the middle. 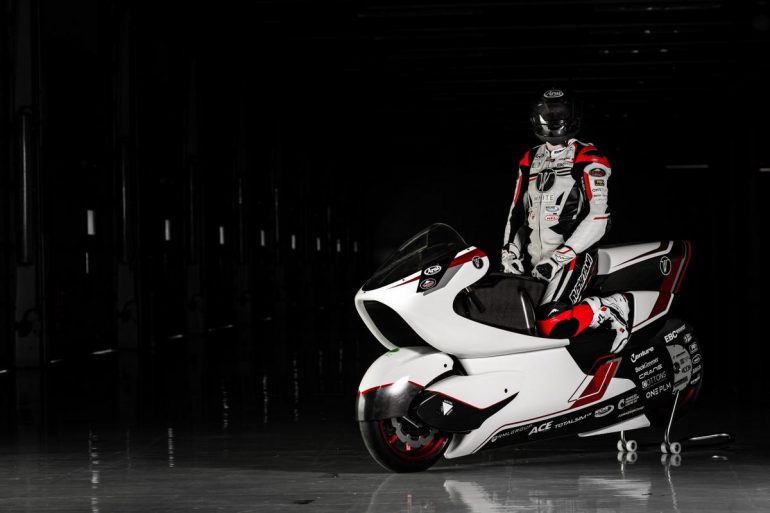 WMC also equipped the electric motorcycle with a hub-center steering system that frees up space in the center. But there’s also another reason the company went with the radical steering system. Called ‘D-Drive,’ two 20kW motors power the front wheel, making it an all-wheel-drive motorcycle. Two additional 30kW motors power the rear wheel, taking the total output to 100kW, equivalent to 134 horsepower. The motors draw power from a 15kW Lithium-ion battery. WMC claims the electric motorcycle will be able to do speeds north of 250mph, which will break the record by Voxan Wattman last November. 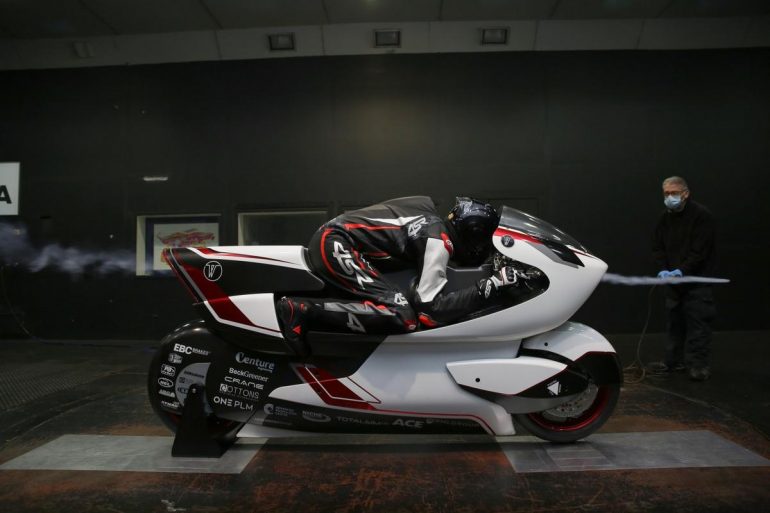 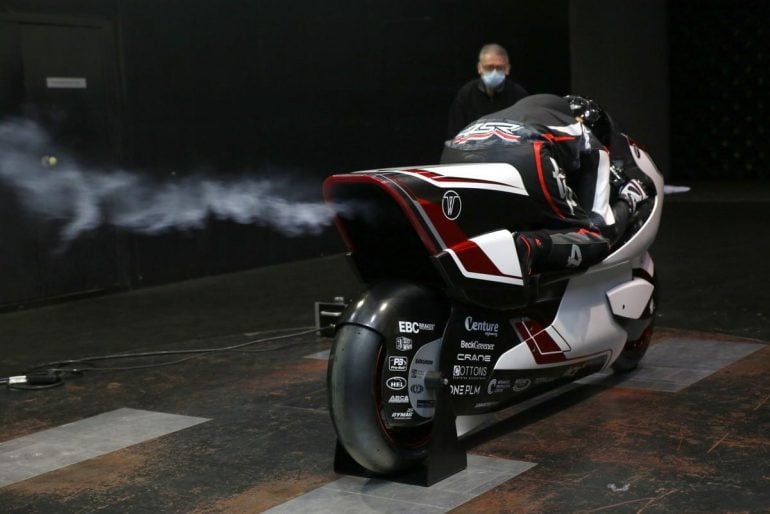 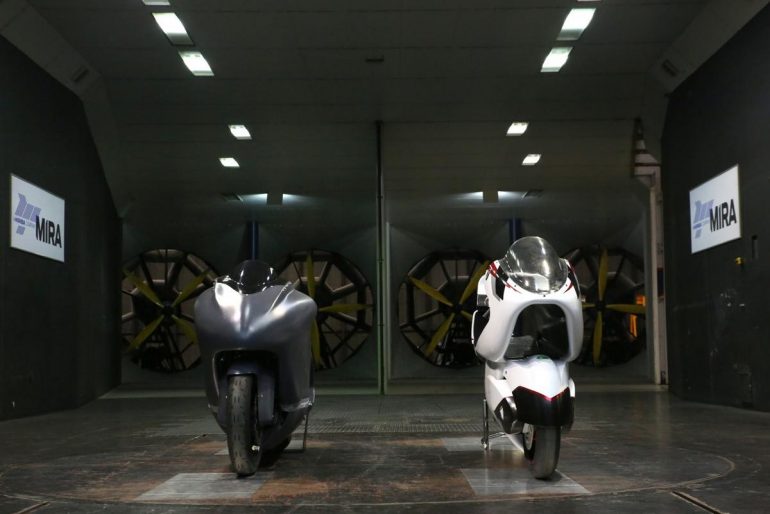 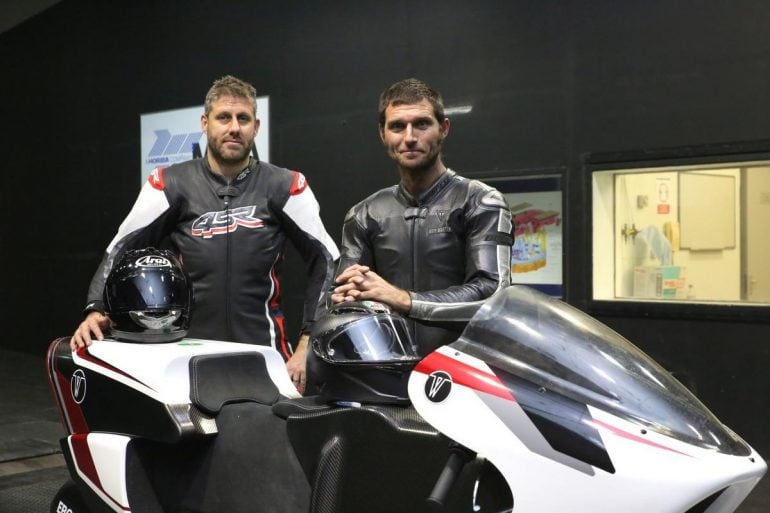 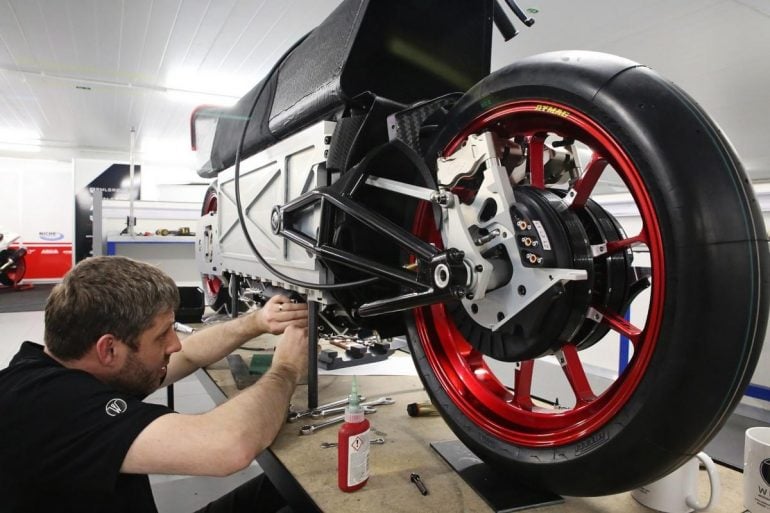 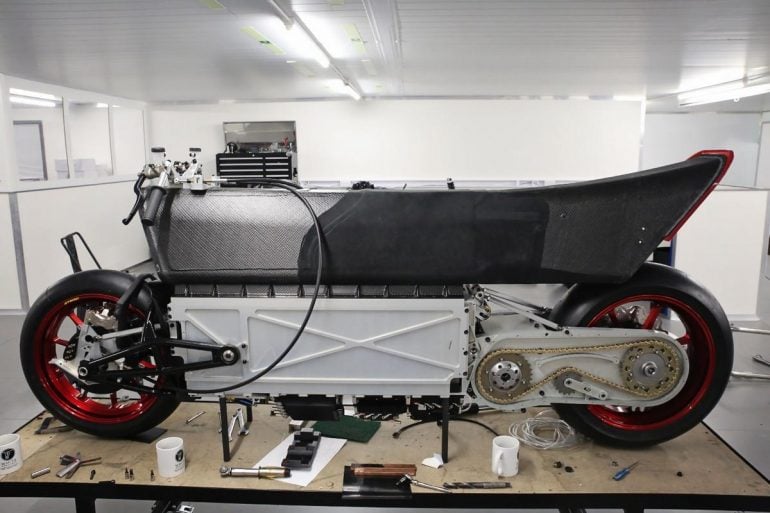 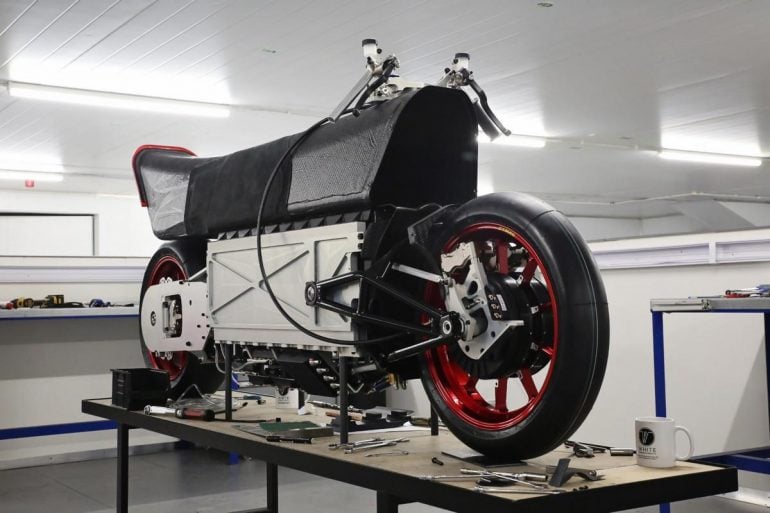 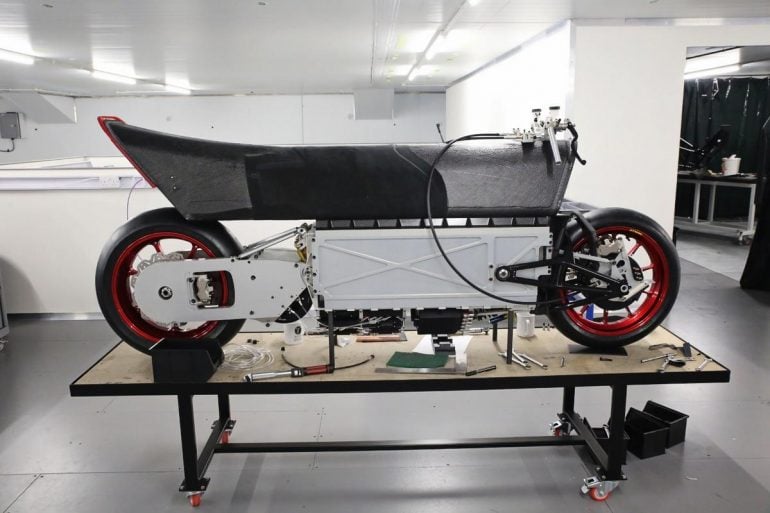 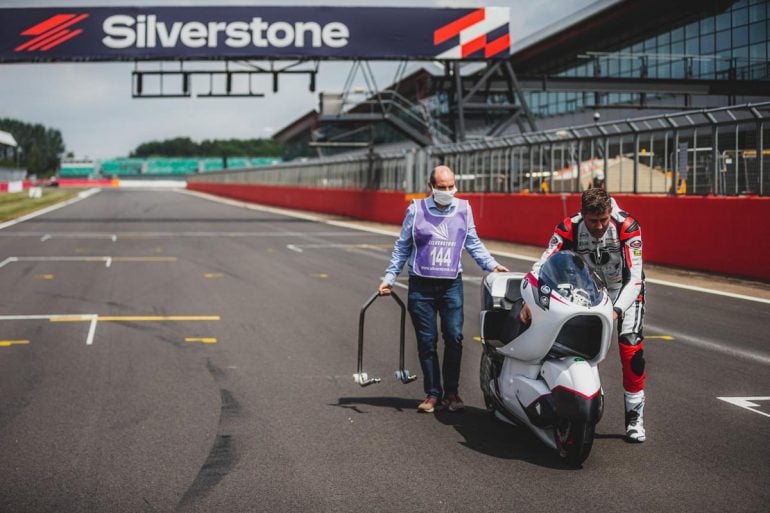 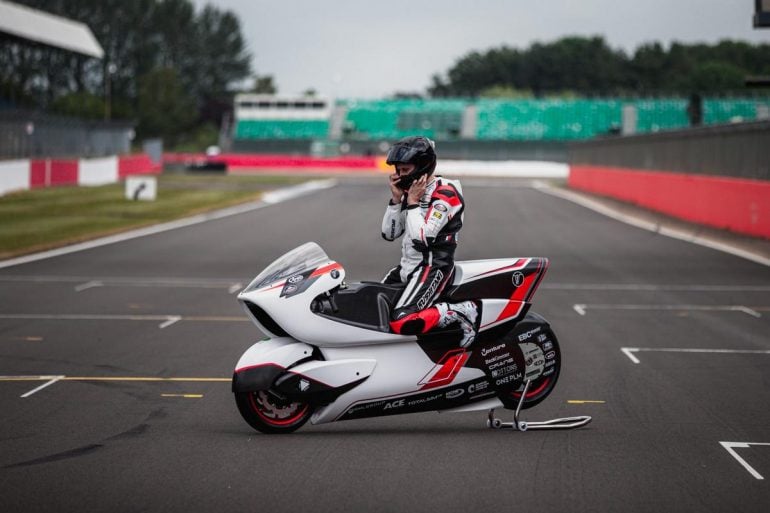 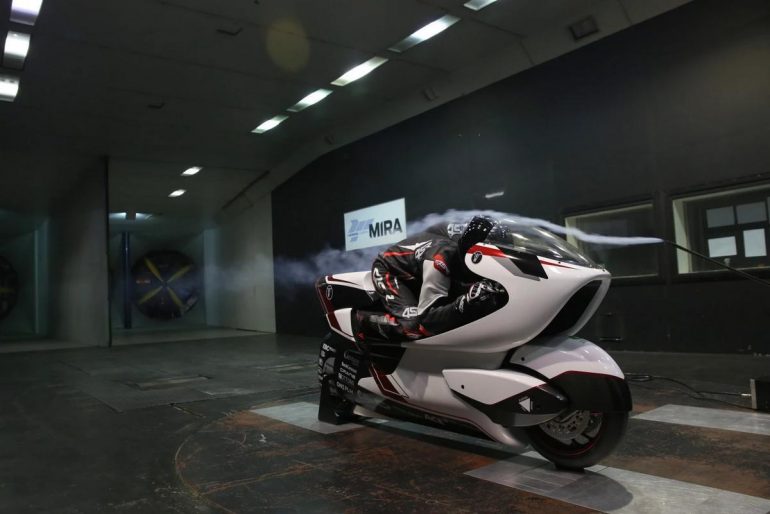 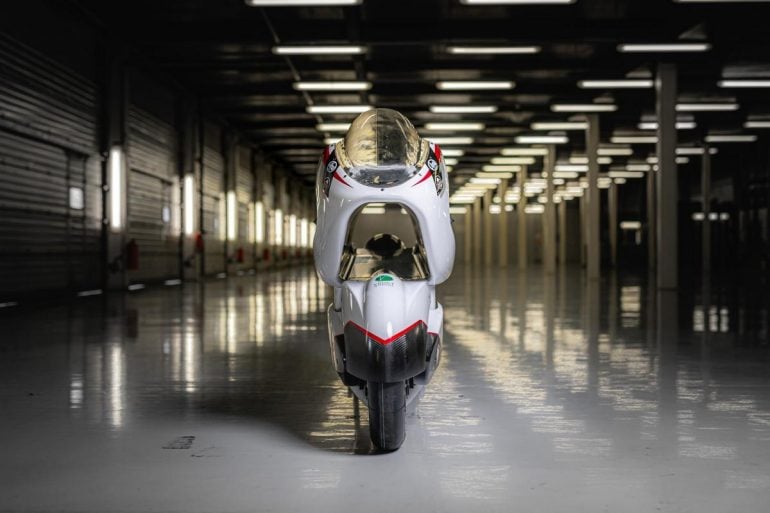