Just a couple of months back, we brought you the news that Deadmau5’s sky blue Ferrari 458 Italia, nicknamed “Purrari”, with the conspicuous Nyan Cat wrap was up for sale for $380,000. The EDM sensation might not have been able sell the car, but according to the latest news the Purrari is dead! No matter how outrageous the Nyan Cat inspired body-wrap was, but it’s still sad. Deadmau5’s fans might have loved the Purrari but apparently Ferrari hated it. So much so that it decided to send the electronic music-maker a legal notice. According to his Twitter account, Ferrari went so far as to send him a cease-and-desist letter regarding the vehicle, which he drove in this year’s Gumball 3000 car rally across Europe and even used it to ferry celebs like Skrillex and Toronto mayor Rob Ford around town for coffee. 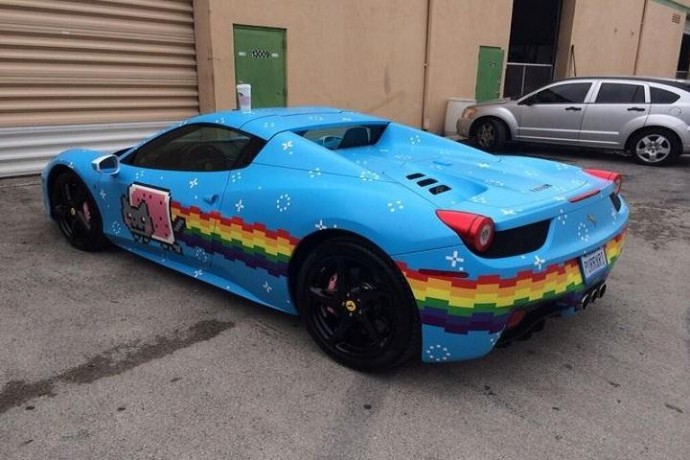 “I wonder if the jacka** lawyer at @FerrariUSA who sent us a “cease and desist” letter over the Purrari is un-butthurt now that I unwrapped,” he said, adding that it was mostly the custom floor mats and Purrari badges that caused the fuss. He later tweeted that he has removed the sky blue car wrap inspired by the internet meme, Nyan cat, which has a pop-tart body and leaves a rainbow trail while it flies through space. “Whatever. It’s just a normal a** 458 now. All good.” It looks like the Canadian progressive-house music producer and DJ isn’t too fazed by this though, and wants to get rid of it in replacement of his new car, a McLaren 650S Spider, but he added that he has his eye on a McLaren P1 GTR. What was Ferrari thinking and at the end of the day its fiercest rival, McLaren, got some free publicity. 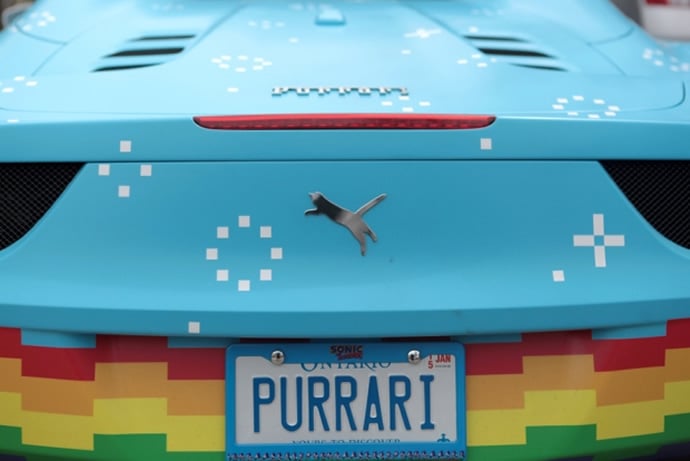