The era of flying cars may dawn on us soon, but till then let’s gaze with dropped jaws at this stellar flying yacht concept that converts a magnificent sailing vessel into a jet-size airplane. The Flying Yacht, a new concept by designer Yelken Octuri, is bringing a new mode of transport into our planet, a craft like no other that can both, fly and float. The idea stems from the lack of budgetary limitations, abandoning the rules of engineering and letting your imagination run full steam ahead. The Flying Yacht is a gorgeous machine that functions in two modes, boat mode, and airplane mode. The yacht has an extra component—14,000 square feet of sail on four 133-foot-high masts, which makes it a completely berserk design to make. A simple mechanism helps to make the switch between the two modes. 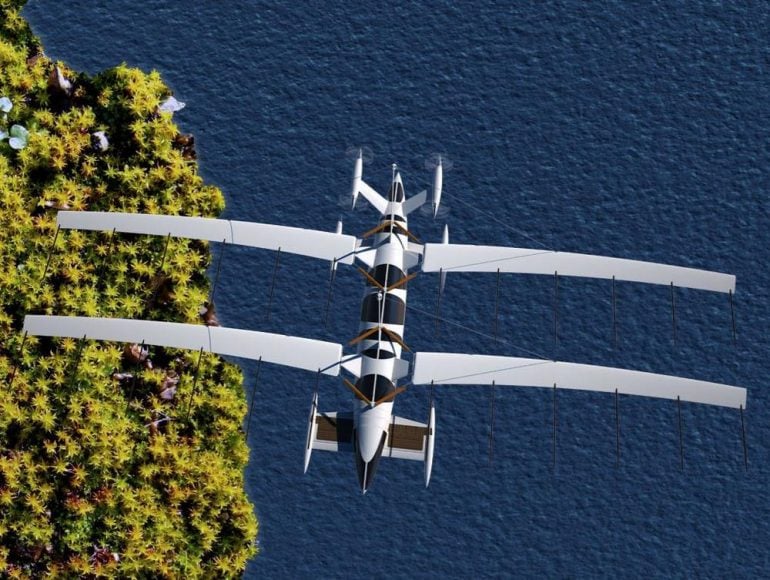 The hi-tech creation also offers a range of 600 km (373 miles) in plane mode, a wingspan of 90,4 meters (297 feet), and is powered by four dual propellers Nissen & Brasseur powerhead engines with a maximum speed of an estimated 390 kph (243 mph). The opulent interiors offer guests ample space in the form of a subdued interior across two decks. The lower deck houses the main room, a kitchen, a toilet, a storage room, and various lounge areas, including a more formal dining room. 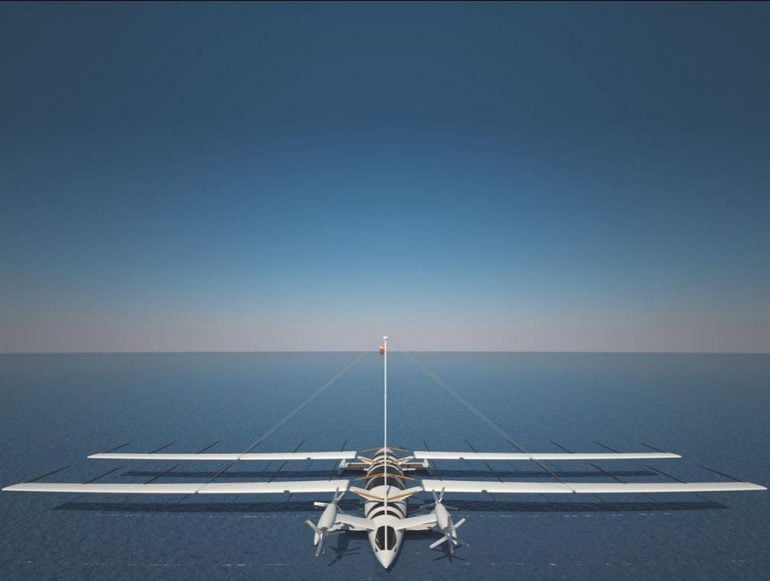 The upper deck comprises three bedrooms and a bathroom, enough to accommodate six people in all. The flying yacht in the real world would be a cross between an ekranoplan and a catamaran. Octuri says, “I know how tens of thousands of details go into designing any aircraft. If I wanted to compile all that data to build this concept, it’d take a lifetime. I decided to ignore the engineering when I started.” 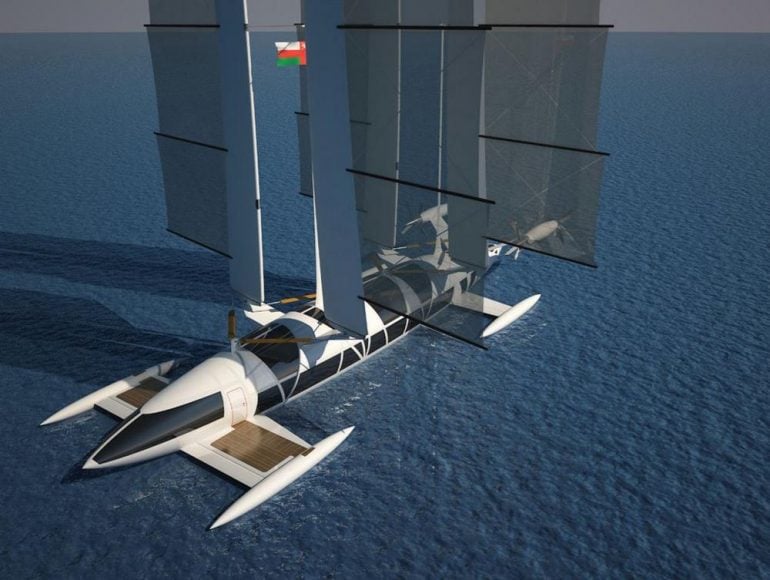 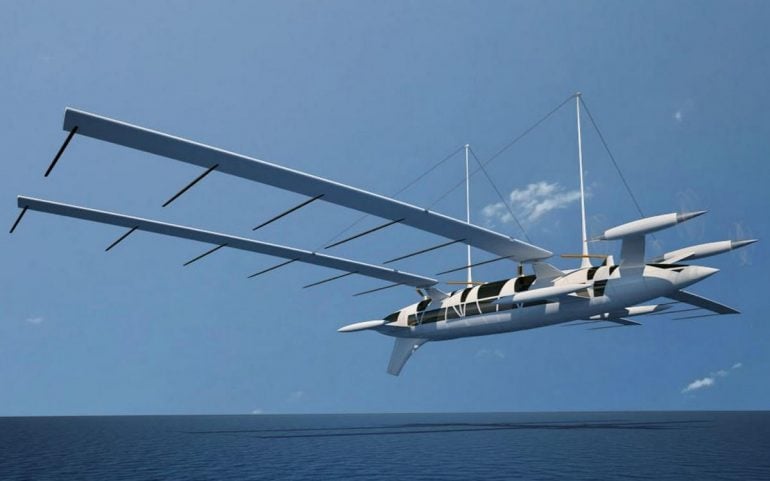 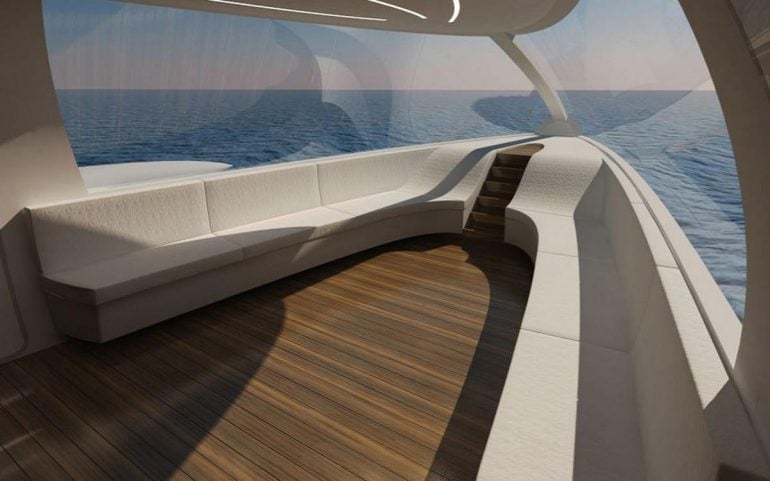 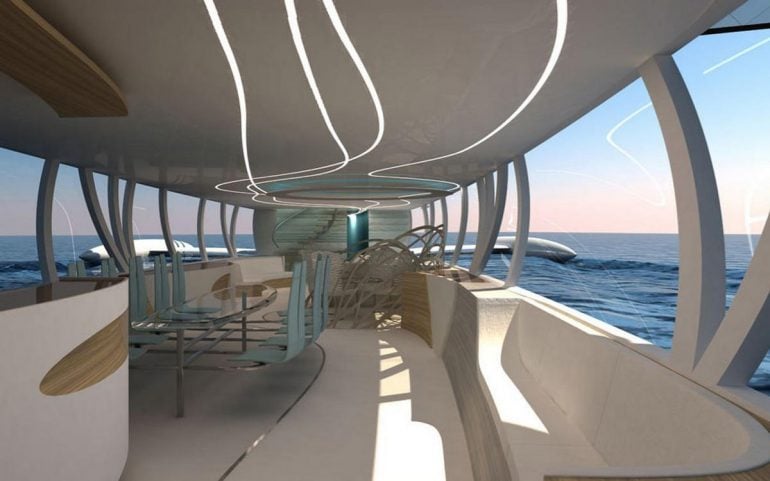 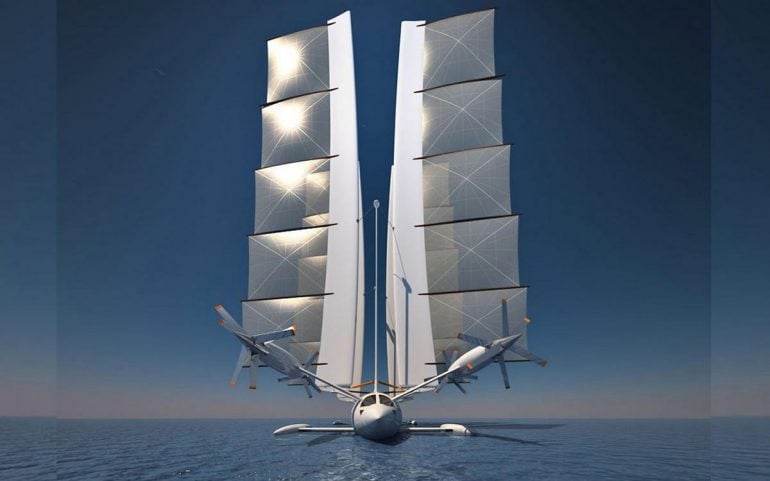 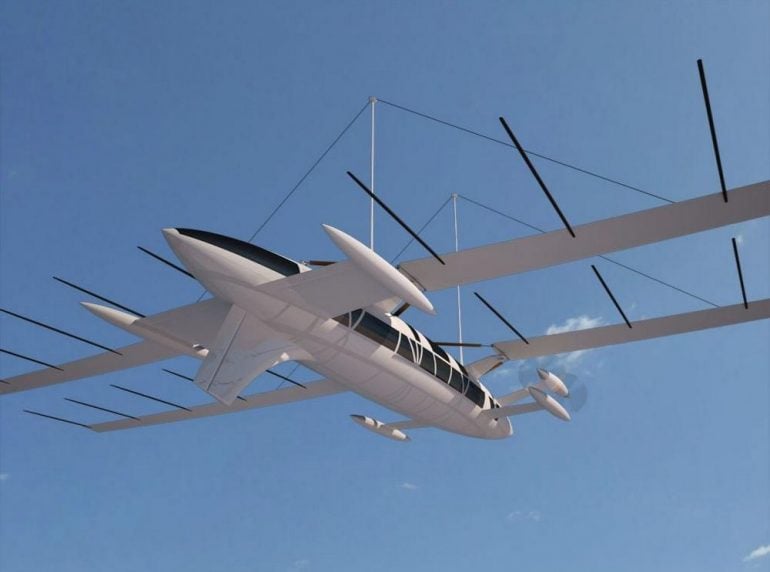 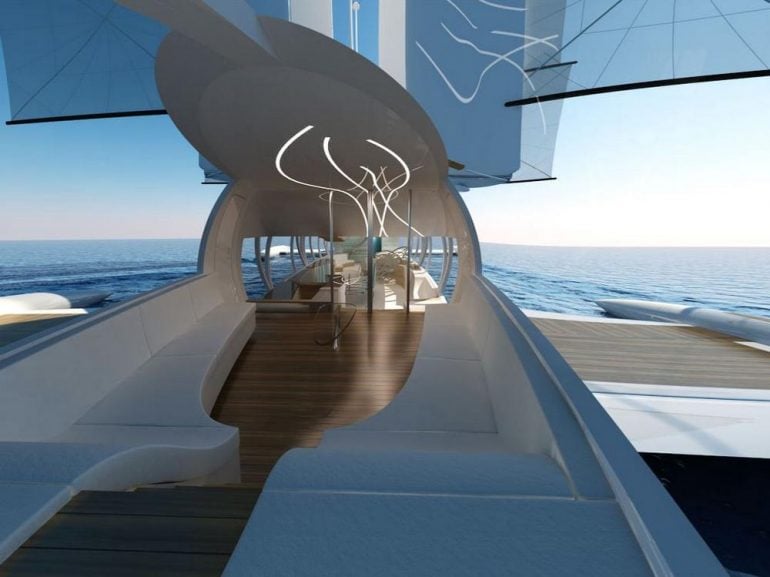 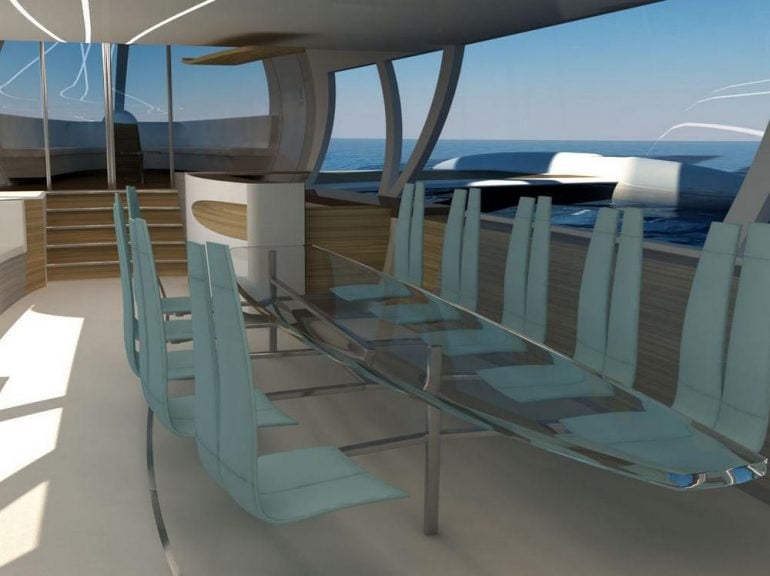 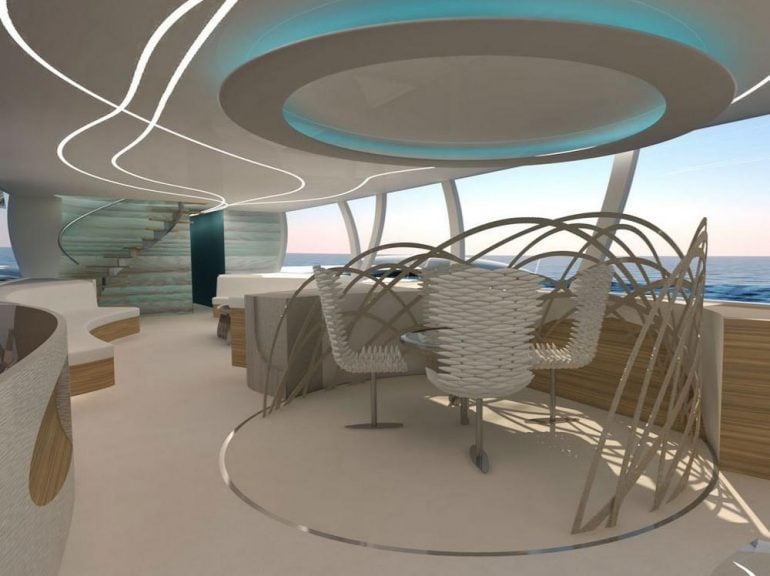 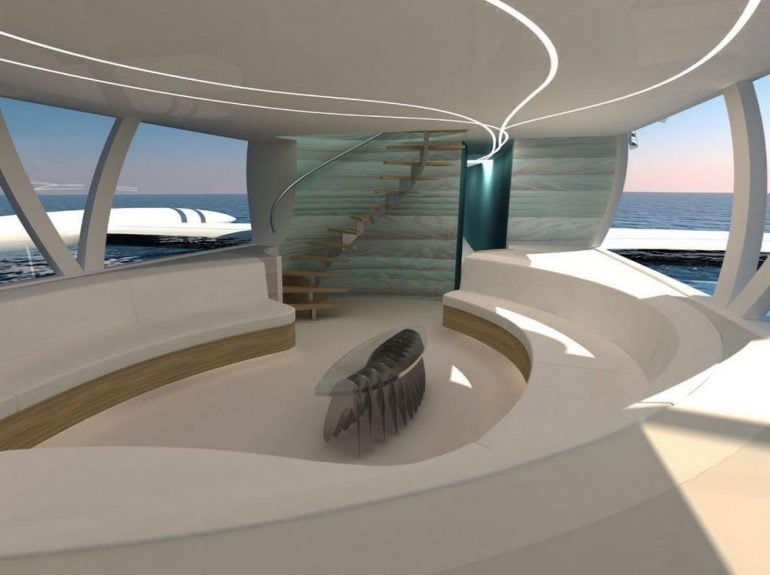 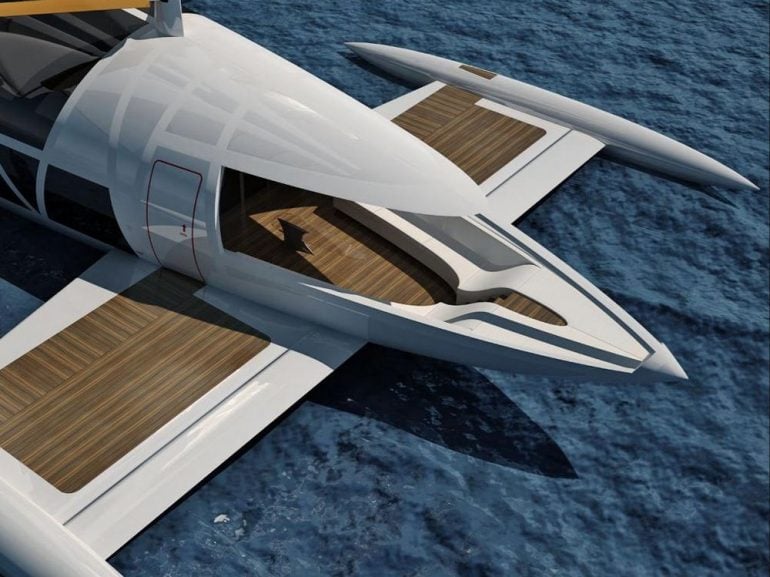 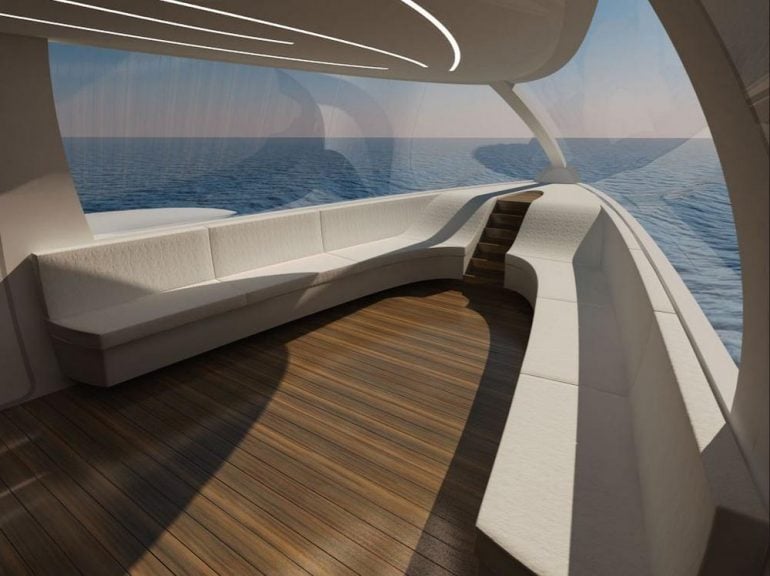 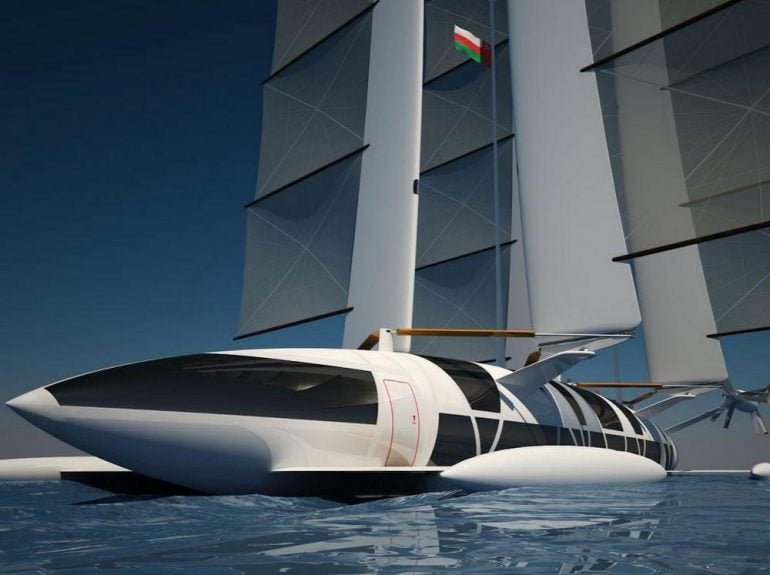 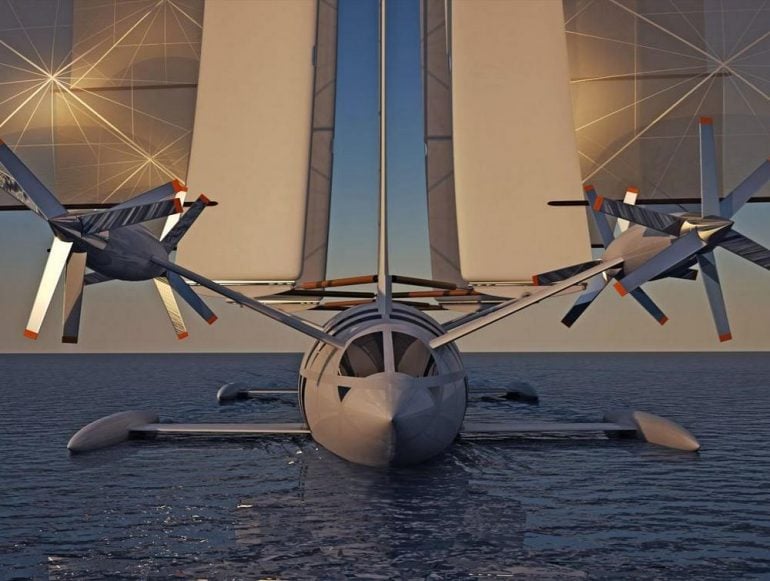 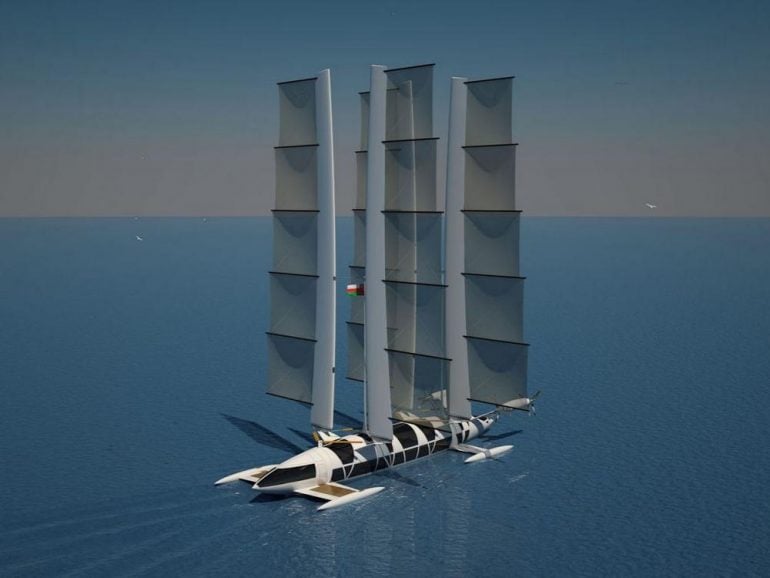 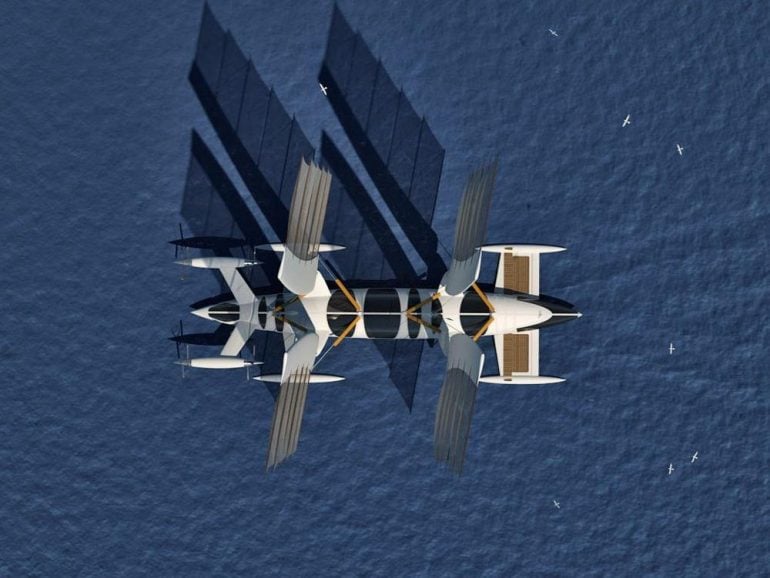