Henrik Fisker is a highly revered man in the automotive industry. The Denmark born automobile designer has given us some great designs over the years including BMW Z8, Aston Martin DB9 and V8 Vantage, and Artega GT. But the last time we heard of the famed designer was when his namesake company Fisker Automotive closed down its operations. The Fisker Karma hybrid was a great looking car which had managed to build its own fan following and even celebrities like Justin Bieber and Leonardo DiCaprio got themselves one, but sadly the company filed bankruptcy last year. But Henrik Fisker is back doing what he does the best, designing stunning automobiles! But this time he has designed a motorcycle named the Viking Concept. 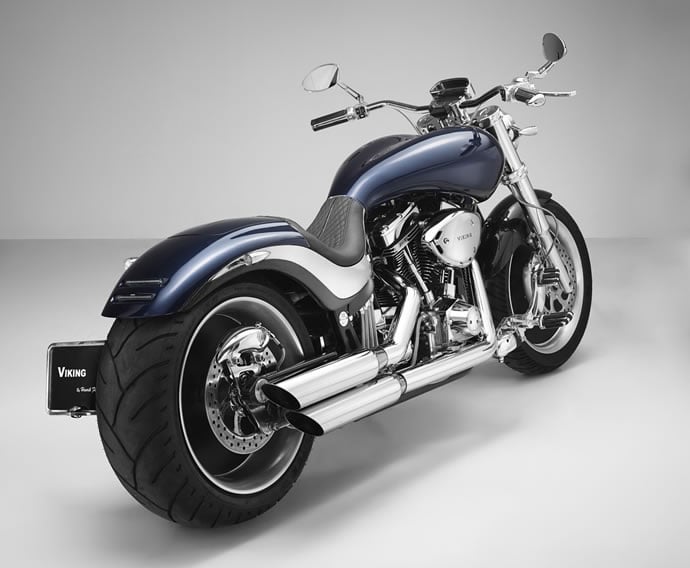 The Fisker-designed Viking Concept chopper is a result of collaboration between the designer and Lauge Jensen, a Danish custom bike shop owned by Lego scion Anders Kirk Johansen. The Danish Boutique bike builder has until now built only custom bikes in very limited numbers but the Viking Concept might their first mass-production model in the future. The cruiser doesn’t deviate too much from the classic design but nevertheless looks stunning. The concept is powered by an air-cooled 45-degree V-twin engine which makes 100 horsepower and can reach up to a top speed of 130mph. The bike will be unveiled at the Top Marques show in Monaco and if gets a favorable response, it might soon enter production. 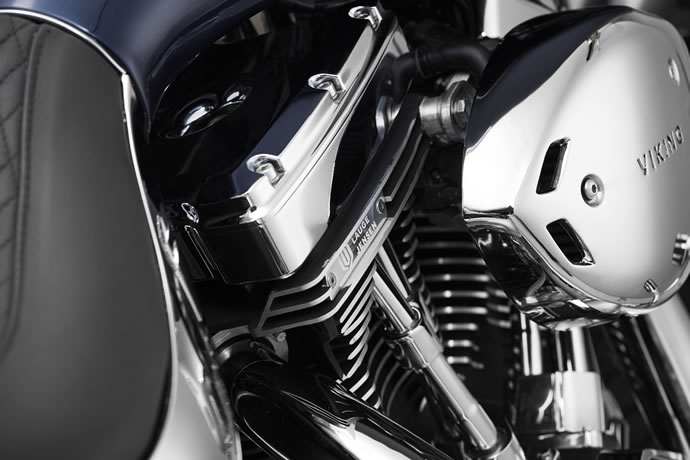 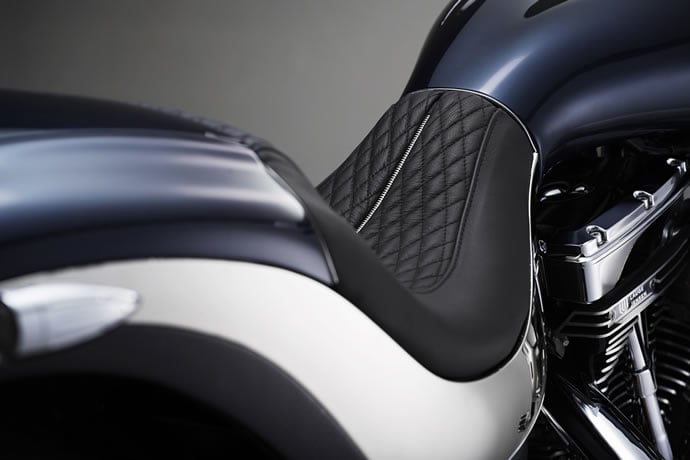 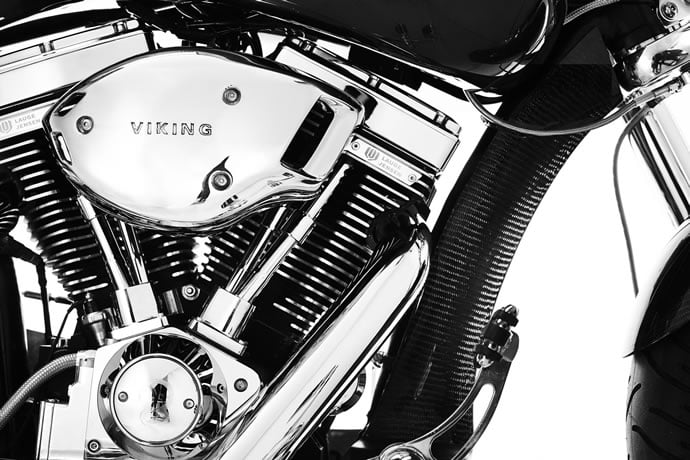 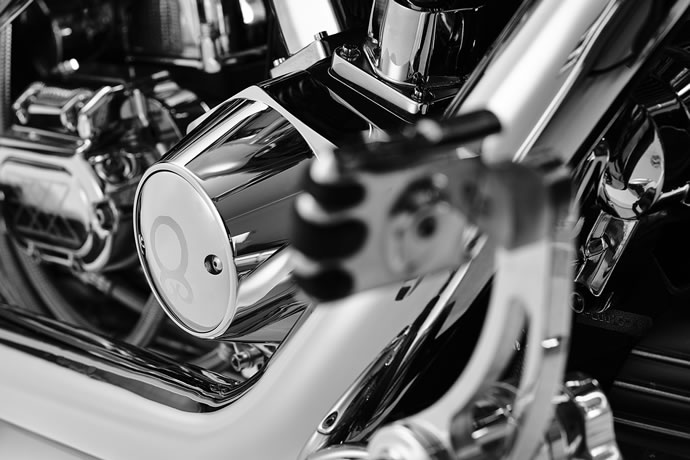 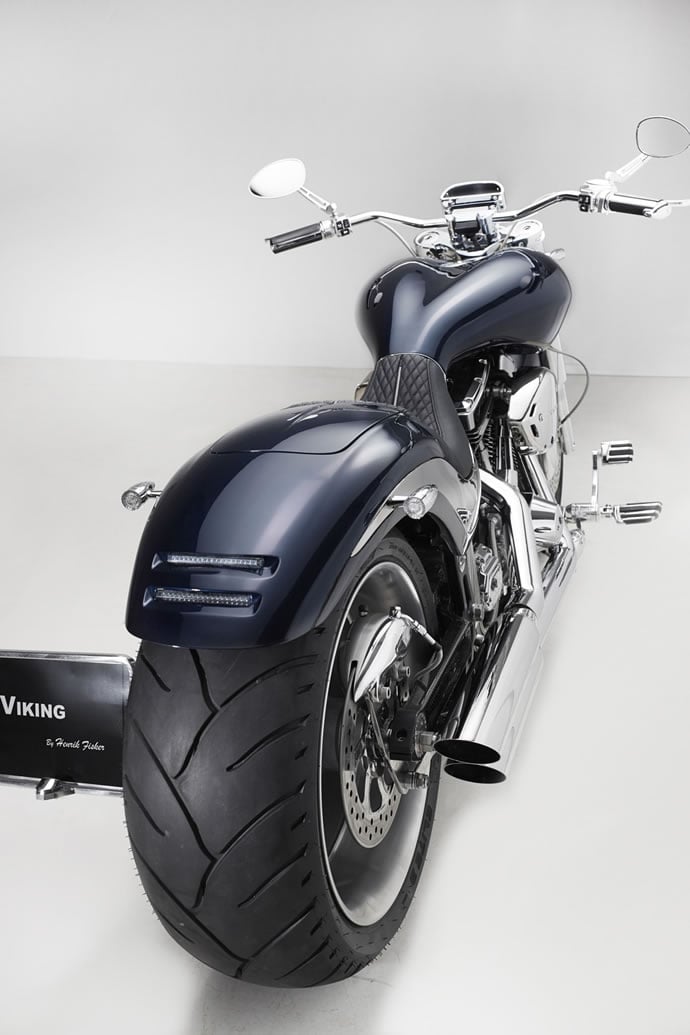 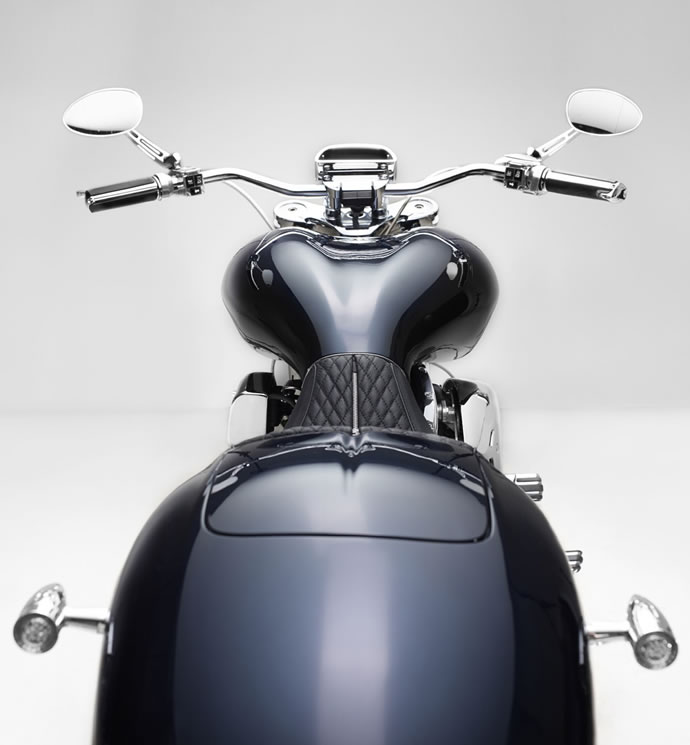