Gordon Murray’s highly anticipated supercar is finally here and I’m can’t be happier to say that it surpasses the expectations everyone had from it (except for the price, maybe). Called the T.50, the compact supercar firmly puts the focus back on the driving experience. Although McLaren created the Speedtail as a successor to the legendary F1 supercar from the 1990s, the T.50 undoubtedly is the true successor as Gordon Murray (the designer of McLaren F1) used the same formula of creating a pure, lightweight supercar. The T.50 has a starting price of $2.1 million and the company has already sold out its limited production run of 106 units. Here are seven interesting facts about the new Gordon Murray Automotive T.50. 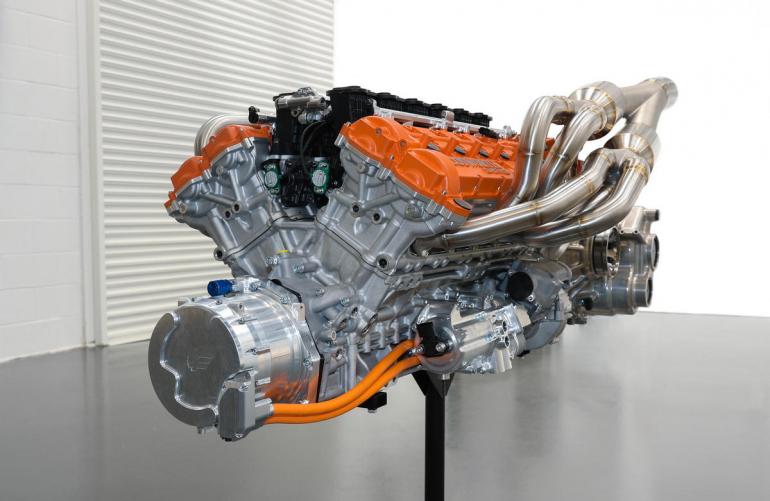 The bespoke V12 engine is a piece of automotive art; maybe, even the best!
Gas-powered engines are slowly being phased out and the remaining ones have some sort of forced induction to increase efficiency and decrease emissions. In this day and age, it’s almost impossible to believe that an automobile company will build a V12 engine, let alone a naturally aspirated one. However, Gordon was adamant that pure driving pleasure can only be obtained by a NA V12. What’s even more baffling that the engine is completely bespoke and isn’t based on any other existing engine architectures. Created by Cosworth, the 3.9-liter naturally aspirated V12 produces 654bhp. 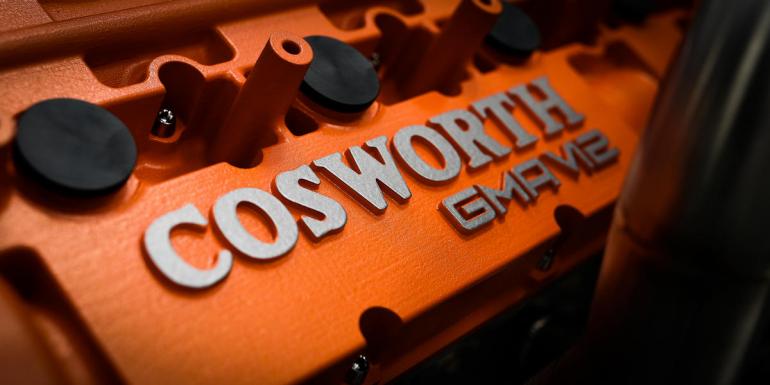 It weighs less than a ton
Gordon Murray has been vocal about his displeasure with modern supercar manufacturers of packing way too much horsepower into their creations and not focusing on reducing weight. The legendary British automotive engineer firmly believes the excess weight is the worst enemy for automobiles. The T.50 weighs just 986kg, which is less than a metric ton and lighter than the typical supercar by almost a third. Weight has been shaved off from every inch of the car, including the engine that weighs less than 180kg, making it more than 60kg lighter than the V12 of the McLaren F1. 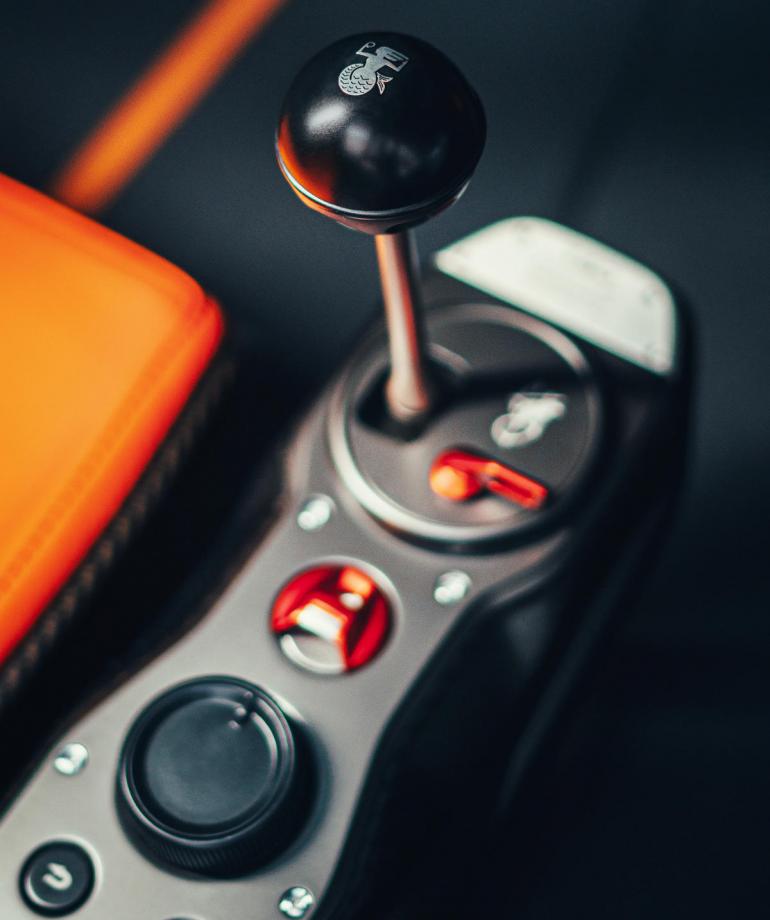 The new poster child of the ‘save the manual’ campaign
Most supercar manufacturers have stopped making cars with manual transmission and we know that it will soon become a thing that’ll only be found in history books. But the T.50 is purpose-built for driving enthusiasts who look for an engaging driving experience. It has an Xtrac manual H-pattern six-speed transmission with open linkages and is almost 10kg lighter than the McLaren F1’s gearbox. 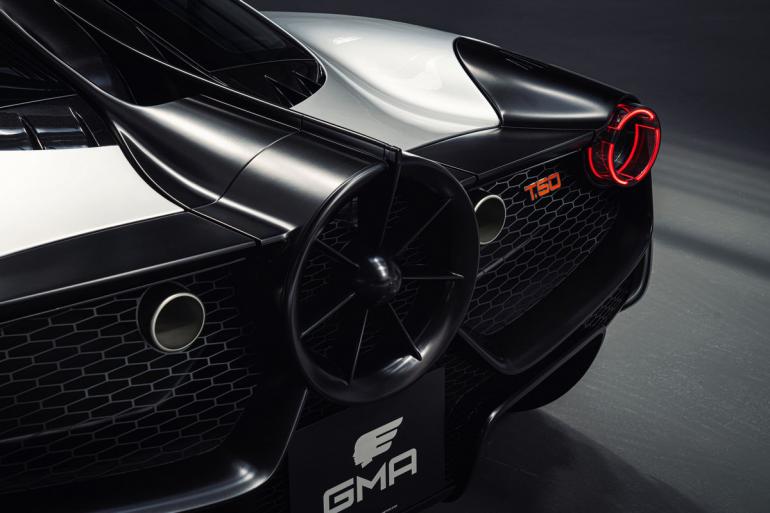 It has a massive fan at the back
The tiny supercar has the craziest aero package of any supercars on sale currently. To keep the bodywork smooth and free of any drag-inducing wings and spoilers, the T.50 features a 15.7-inch 48-volt electric fan that can spin at up to 7000 rpm to vary levels of downforce. It not only cleans the boundary layer from the car’s underbody diffuser but also can reduce drag by creating a virtual longtail behind the car and produce 15kg of thrust. 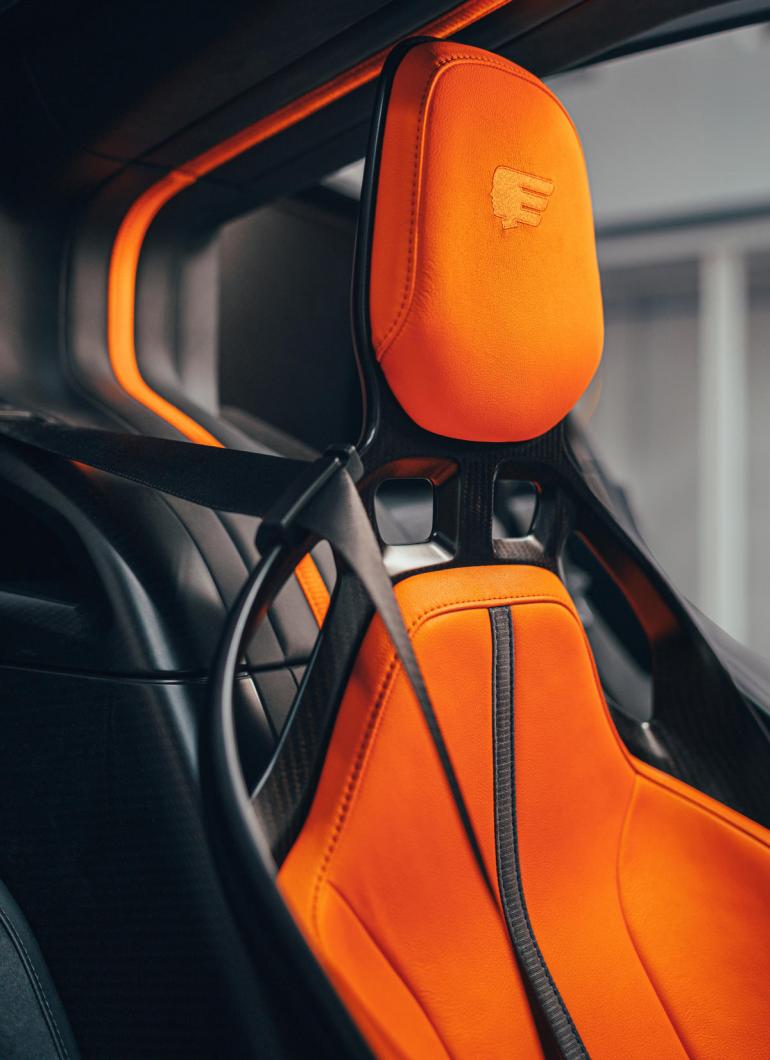 F1-like staggered seating
Just like the McLaren F1, the T.50 has a central driving seat which is flanked by two passenger seats. Gordon emphasizes on the fact that the supercar can easily fit three full-grown adults inside the cabin without any issues. The F1’s visibility problem has been solved by giving the T.50 a camera-based rearview system. 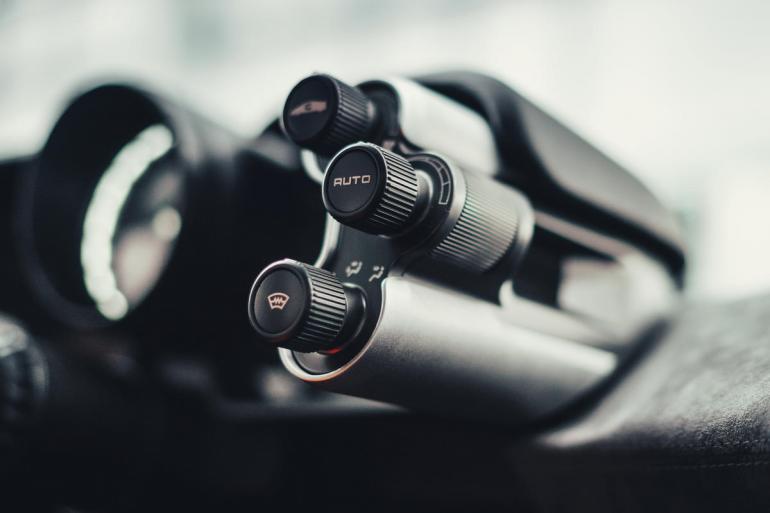 Cockpit free of distracting displays and touch buttons
According to Gordon Murray, supercars shouldn’t have touchscreens as it’s very distracting and difficult to use at higher speeds. The T.50 has small and simple click wheels and physical buttons for just about all functions. The company is also working with Arcam to equip the supercar with an ultra-lightweight sound system. 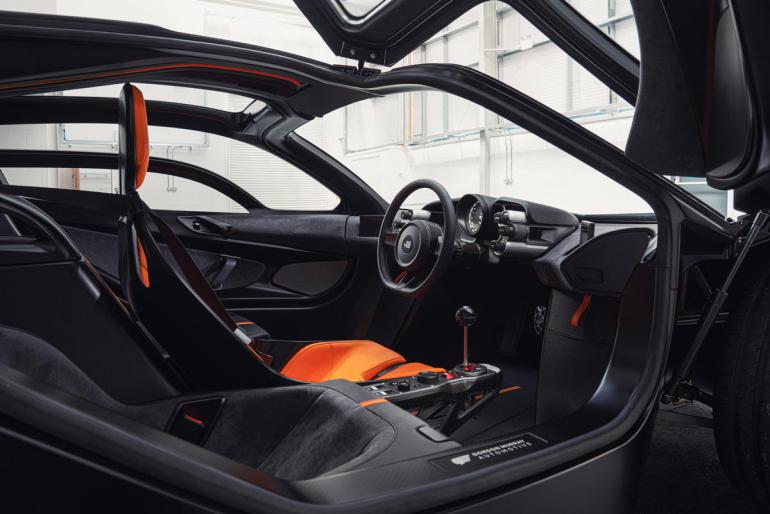 Practical supercar
The McLaren F1 was known for its generous storage space around the cabin and the side lockers. However, the lack of lids meant the luggage would easily pop-out when braked hard. Murray says, “I’ve designed this car to be used every day, with almost 300 litres of luggage and storage space.” The interior stowage is split across five compartments – one above each passenger’s footrest, another under each passenger seat, plus one behind the driver’s headrest.