Italian State Police has added a new toy to its fleet to crackdown on the traffic violators, and it’s none other than a spanking new Lamborghini Huracán LP 610-4. The Italian marquee recently added the Huracán to its line-up which replaces the now-discontinued Gallardo, and in fact the Huracán for the Italian Police has been donated by Lamborghini to the replace the Gallardo the authorities have had in service for six years. With a top speed of 325km/h (202mph), the car has been specially modified for police use as per reports. The Huracán LP 610-4 Polizia will begin service by the end of this year and “sustain security on Italian roads by continuing accident and crime prevention.”

Just like the Gallardo with the Italian State Police, the Huracán Polizia is painted in “blue Polizia” with white stripes and lettering. Even the flashing blue light has been “aerodynamically optimized” for traveling at high speeds. Other gadgets include its “Proof Video Data System” which can determine the speed of the vehicle being pursued and transfer its image to the police station. The sports car was presented to the head of the Italian police by the car maker’s president and CEO, Stephan Winkelmann, at a ceremony in Rome last week. 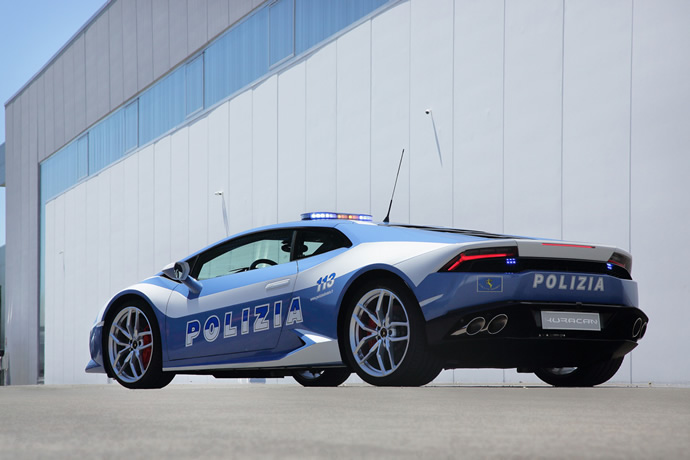 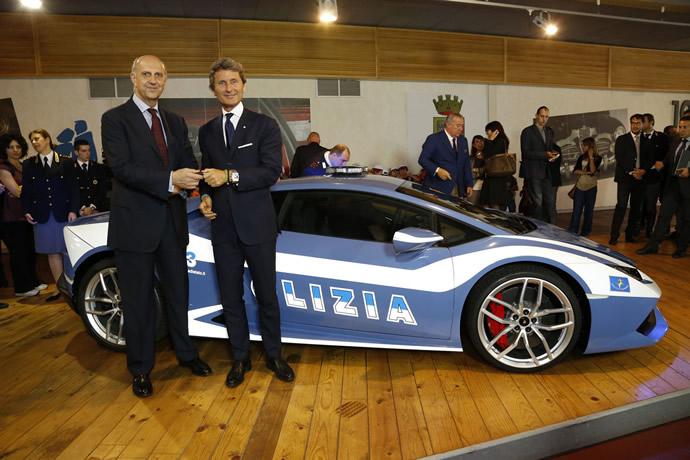