Dutch shipbuilding company Damen Yachting finally launched the largest support vessel built at the shipyard in Vlissingen, the Netherlands, offering us our first look at the customized support vessel. Codenamed YS 7512, the contract for the construction of the yacht support vessel was signed in 2019. According to several reports, it was commissioned by none other than Jeff Bezos to serve as a shadow vessel for the infamous Oceanco Y721; although, there’s no official confirmation about its ownership. Measuring 75 meters in length, it is the largest support vessel built by the shipyard to date. The model’s exterior and interior both have been designed in-house and it features an eye-catching grey hull with an orange stripe running across the length of the hull, giving the vessel a premium look. Wright Maritime Group was contracted to supervise the entire build process on behalf of the owner. 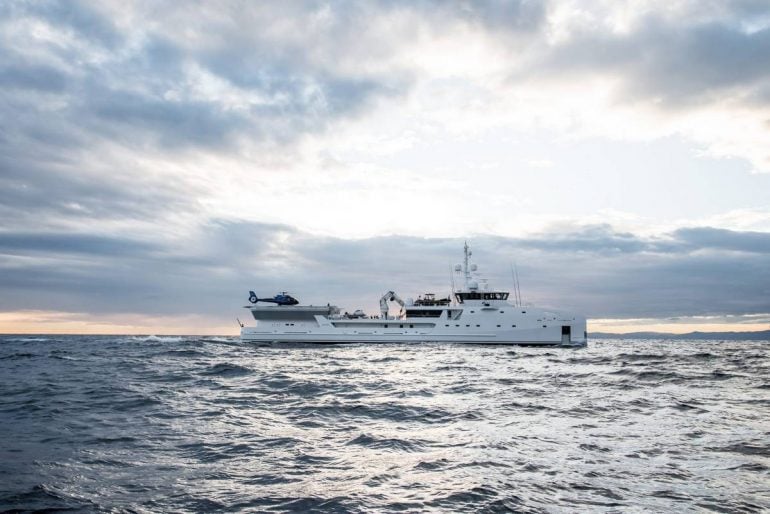 The YS 7512 support vessel has a beam of 12 meters and a volume of approximately 1,900 GT, which gives it enough space to accommodate an array of tenders and toys, additional marine gear, and store emergency relief support equipment. Damen Yachting said the vessel comes with state-of-the-art environmental equipment. Additionally, the vessel also features a helipad and hangar for a D14 value helicopter. The onboard accommodation has room for a total of 45 people, including crew, guests, and “specialist staff”.


It makes sense for Jeff Bezos to get a shadow vessel for the gorgeous Oceanco Y721 which has been grabbing headlines regularly for the past several months. The project Y721 being a sailing megayacht is equipped with massive masts which make it taller than the Pyramids of Giza. However, the downside is the $500-million megayacht doesn’t have an onboard helipad, which is where the YS 7512 support vessel comes in handy with its helipad and hanger. Additionally, the support vessel can easily accommodate all the tenders and toys without taking up crucial space on Y721. 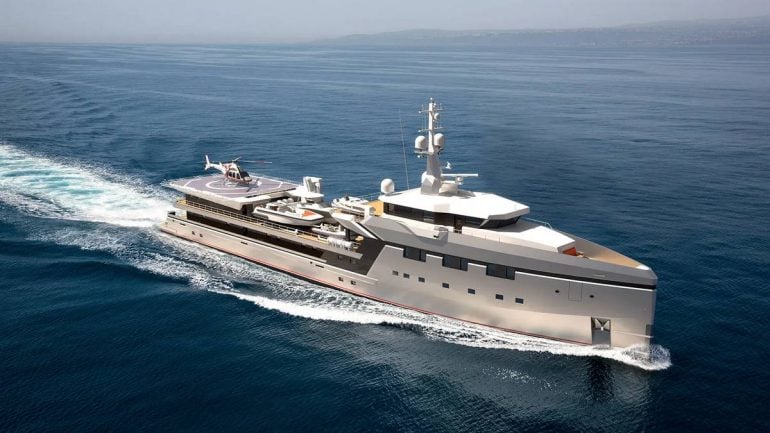 The powertrain details of the vessel are not known but it has a range of 5000 nautical miles at a cruising speed of 15 knots and a top speed of 18 knots. “At the time of delivery she will be the 17th Yacht Support delivered,” said Rob Luijendijk, Director of Sales at Damen, at the beginning of the vessel’s construction. “She will also be the largest to date, which I think continues to show the scalability of the support solution for large superyachts.”


Support vessel – a superyacht for a superyacht
The last few years have seen a sharp rise in demand for support vessels amongst superyacht owners. A support ship is basically an auxiliary vessel intended to assist the mothership in a fleet by offering space to accommodate large tenders and toys, carrying diving equipment, providing accommodation for extra guests, and even supporting helicopters, all without compromising luxury spaces on the mother yacht. This makes it perfect for superyacht owners who love to head out on adventure-filled exploration voyages to far-flung locations. Since 2009, Damen Yachting alone has delivered around 20 yacht support vessels ranging from 45 to 75 meters in length. The shipbuilding company has a dedicated range of customizable support vessels and the YS 7512 is the largest one ever built.
Tags from the story
Jeff-Bezos, Superyacht