What’s bold and gold? Not a piece of jewelry, but a superyacht that’s no less. With nearly 160 feet, this carbon composite-built Palmer Johnson is a head-turning, statement-making masterpiece gliding on the open seas. It’s not every day even yacht owners come across something this glamorous, which is why we want to delve deep into the majestic marvel. What makes this sparkling gold supersport Khalilah an exceptional cruising vessel that’s undoubtedly a lot more than an eye-catching color? Read on to find out : 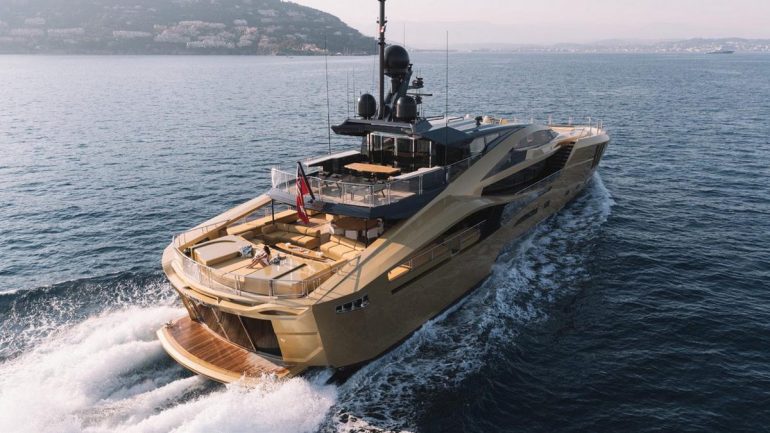 All that glitters is the Khalilah Superyacht:
The Russians sure love to indulge in ultra-luxury yachts. They have them all from an ultra-extravagant superyacht, as seen with Russian billionaire Roman Abramovich’s $610M megayacht Solaris or Dmitry Rybolovlev’s $250 million modern masterpiece, the 361 ft long superyacht Anna; they truly have the best examples. Joining the ranks of some exceptional water vessels is oil tycoon Alexei Gulobovich’s glistening stunner Khailiah. Don’t let the opulent exterior fool you. This pretty thing is rated very high on performance. 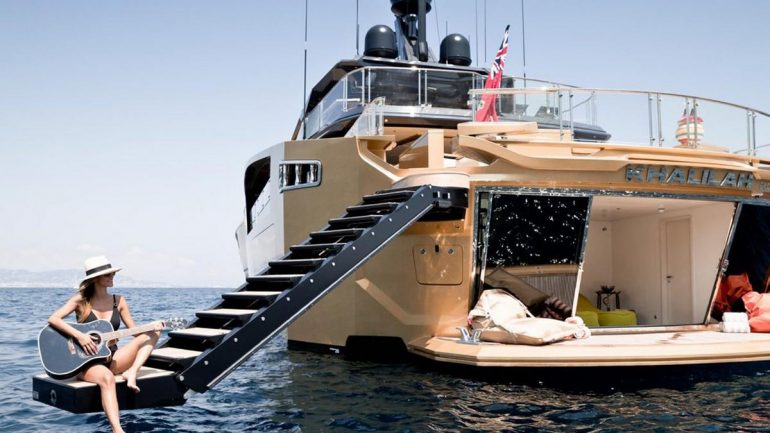 Khalilah is the largest private yacht built entirely in carbon composite, lighter than its counterparts. It also gives her an impressive top speed of 30 knots. Part of the SuperSport series, the ship is sleek and sporty, with a long foredeck ending in what appears to be a reverse bow. 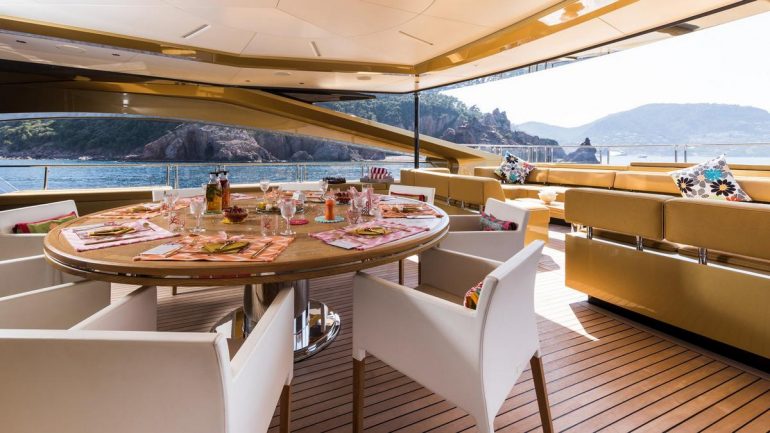 On the broadest part of the hull sits the 110 square meters aft main deck. The 11m beam provides extraordinary interior volume that accommodates a magnificent master suite sprawling full-beam forward on the main deck. It looks incredibly inviting with a lovely circular table for al fresco dining and many seating arrangements. 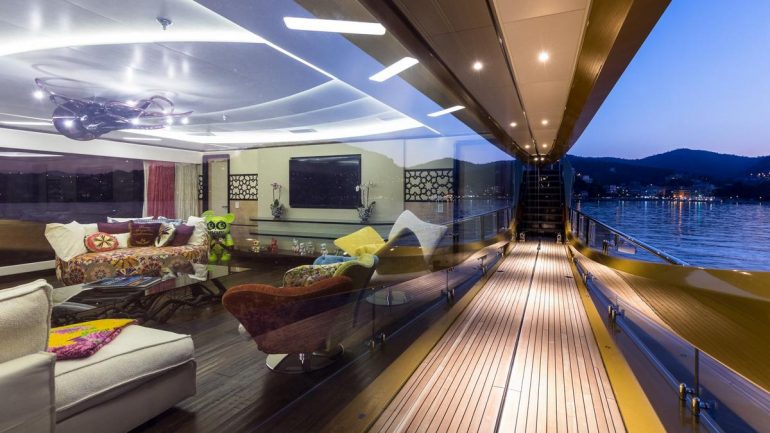 The lower deck is where you will find guest cabins, including a comfortable VIP, each with a unique color scheme and providing enough room for 11 guests. What also stands out in Khalilah superyacht is its brilliant use of color. From the striking gold exterior to the collection of eclectic artwork and kaleidoscopic fabrics and even the colorful mosaics spotted in the showers of the cabins, there is no shortage of spunk onboard. In addition to colors, there is an evident use of glass almost everywhere. 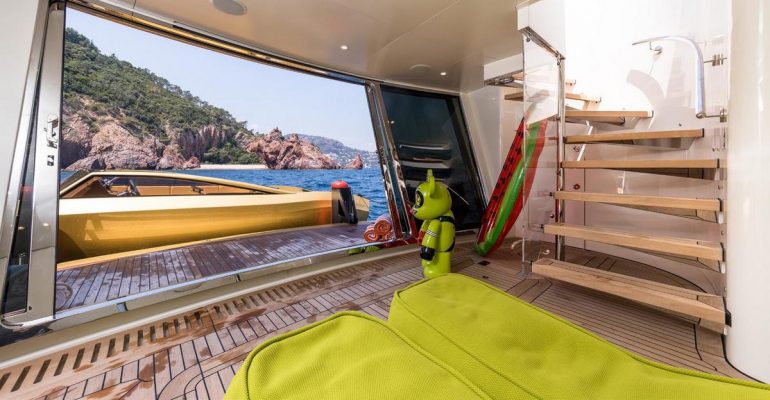 This abundant use of the material ensures the view is never out f your sight, whether seated or sleeping. “They are the biggest glass panels aside from Steve Jobs’s boat,” said Timur Mohamed, owner of the iconic American boatbuilder Palmer Johnson. “They are the largest windows installed on a superyacht in the United States,” said Andrew Forrest, who heads the Glasshape North America office in Fort Lauderdale, Florida to Boat International.

Khalilah boasts a matching gold tender, in addition to a wide selection of water toys, kept inside two garages – one with a fueling station. Amongst her excellent crew of nine is a two-star Michelin-trained chef. With all these niceties, it wouldn’t be easy for Russian millionaire Alexei Gulobovich to part ways with this ship, even for a whopping $32 million.

About Alexei Gulobovich:
Gulobovich has been described as one of Russia’s richest men. The former Yukos director of strategic planning and corporate finance founded Arbat Capital Management which is now known as Arbat Capital, an investment advisory and asset management firm, in 2007. The man is a minority shareholder at the Russian BKF Bank and enjoyed a net worth of $400 million in 2004, which must’ve increased manifold by now.


The Russian oil baron came into the limelight for a divorce battle with his business tycoon ex-wife over their $9 million former marital home in London. His ex-wife is chairman of Russki Product, Russia’s most significant domestic producer of grocery goods.
Tags from the story
Russia, Superyacht