Lamborghini has finally unveiled the 2022 Countach during the prestigious main event at Monterey’s Car Week at Pebble Beach. The reborn Countach is a homage to the original and celebrates the 50th anniversary of its release. As we expected, the new Countach is a limited edition model that captures the unique design of the favorite poster car of the 1970s and ‘80s, yet it’s a thoroughly modern supercar with an electrified powertrain. Here are 5 interesting things you should know about the 2022 Lamborghini Countach. 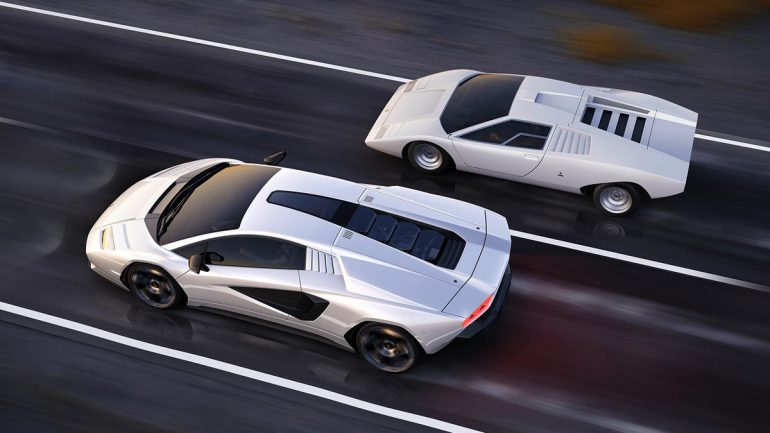 1.A tribute to Coutach’s legendary design
The original Lamborghini Countach is the automobile that’s widely considered as the one that spawned the whole supercar segment. It was introduced in 1974 as a replacement to Miura’s successor and its wedge shape design language penned by legendary designer Marcello Gandini is still something followed by Lamborghini for all its models, including the Urus SUV. Recreating the unique design elements of the original Countach for a modern supercar is not an easy task, especially when it can easily trigger the fans of the iconic supercars. However, Lamborghini did an excellent job. The most noticeable Countach styling element recreated for the new limited edition is the headlight design. 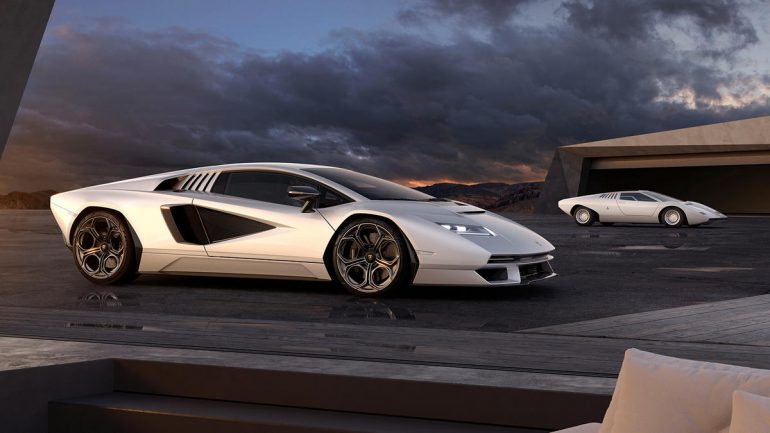 While the 2022 Countach doesn’t have pop-up headlights like the original, it does have characteristic rectangular units that look amazing. Complementing the headlights is the narrow nose of the new supercar which is directly inspired by the original. Instead of the clutter created by aggressive aero elements, the 2022 Countach’s front is clean with straight lines. Even the rear is a modernized version of the original Countach’s styling, highlighted by the taillight design. There’s even a Countach badge on the nose. Additionally, there are some other design elements inspired by the original that might need a little more concentrated effort to notice. One such element is the hexagonal wheel arch design. 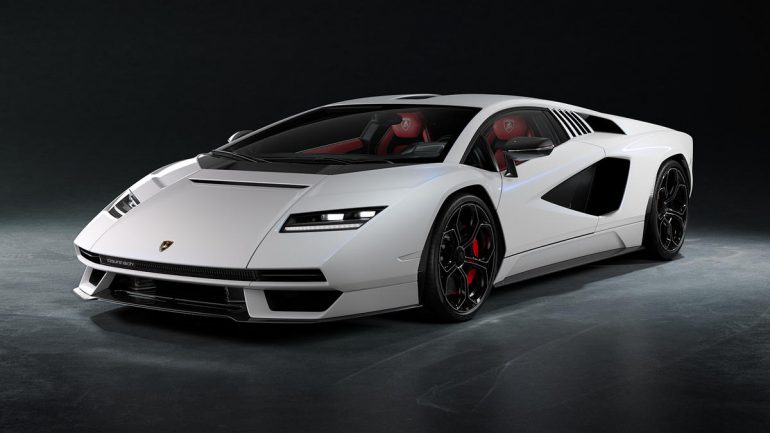 2.It’s a reskinned Aventador
The reborn Lamborghini Countach is a reskinned Aventador that has been around for more than a decade and is soon going to be retired. The Aventador platform has spawned many different supercar/hypercar iterations, including some ultra-limited edition models like the Lamborghini Veneno. The new Countach is the newest name to join the list and is quite possibly the last model to use one of the most successful platforms for the Italian marque. Using a single platform to create several different models is a very common and profitable practice for automobile manufacturers, especially for supercar manufacturers. The current market trend greatly supports limited edition models and the new Countach won’t be any different. It will go down in history as another one of Lamborghini’s hugely successful models and the iconic Countach nameplate might help it preserve its value in the future. 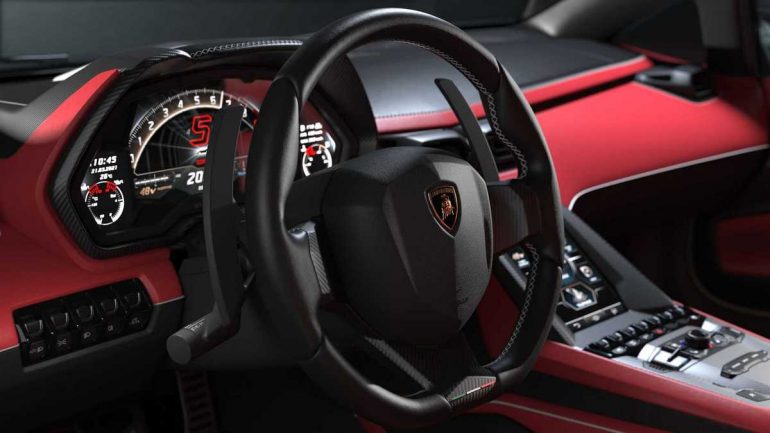 3.Not so retro on the inside
While the new Lamborghini Countach has plenty of styling tributes to the original, the cabin is thoroughly modern and is exactly what you’ll expect from a new supercar. Although, the reborn Countach showcased in the official pictures does have an interior decked out in dark red and black – a popular color combination for the original Countach. 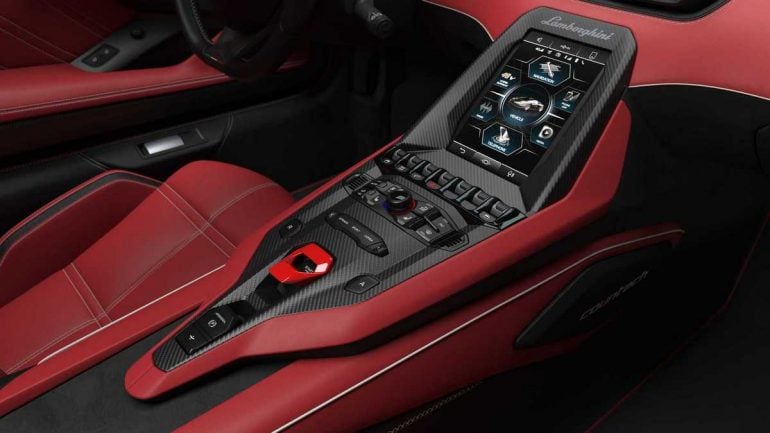 The Countach branding appears on the sides of the center console, which gets modern buttons and interface along with an 8.4 inch HDMI center touchscreen. It also gets a button called ‘Stile’ that explains the Countach design philosophy to the user on pressing it. The hexagonal air vents are 3D printed, while the photochromatic roof can change from solid to transparent at the push of a button. 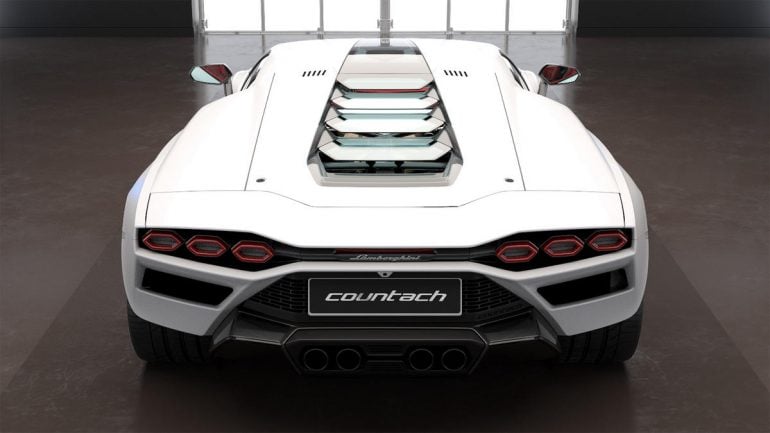 2.The new Countach shares its beating heart with the Lamborghini Sián
Even before the new Countach was launched, we were aware that the limited edition celebratory model will come with a hybrid powertrain. Although, we were not sure if it would feature a supercapacitor like the Lamborghini Sián limited edition hybrid supercar. However, as it turns out, the 2022 Countach shares the exact same powertrain with the Sián. Under the hood, the new Countach gets a mid-mounted 6.5-liter V12 assisted by a small electric motor drawing power from a supercapacitor. 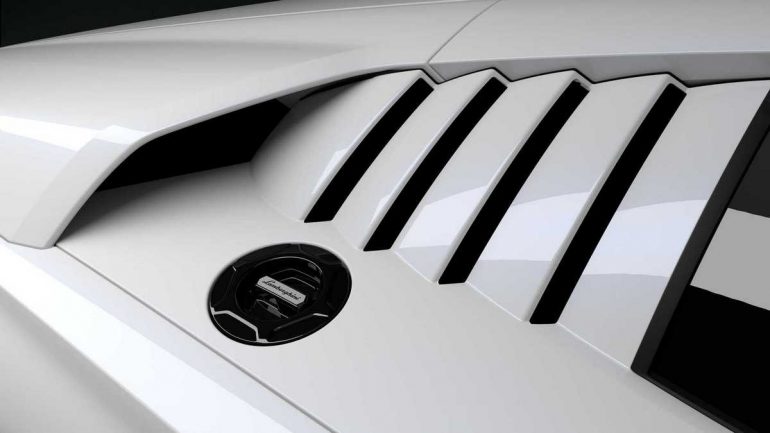 The V12 on its own makes 780hp, while the electric motor adds another 34hp, taking the total output to 800hp. Lamborghini says the 2022 Countach can go 0 to 62mph in just 2.8 seconds and is capable of hitting a top speed of 221mph. Interestingly, Lamborghini also introduced a new naming convention for its hybrids along with the new Countach. The model is officially designated as LPI 800-4, in which LPI stands for Longitudinale Posteriore Ibrido. The Ibrido part denotes the model’s hybrid powertrain. 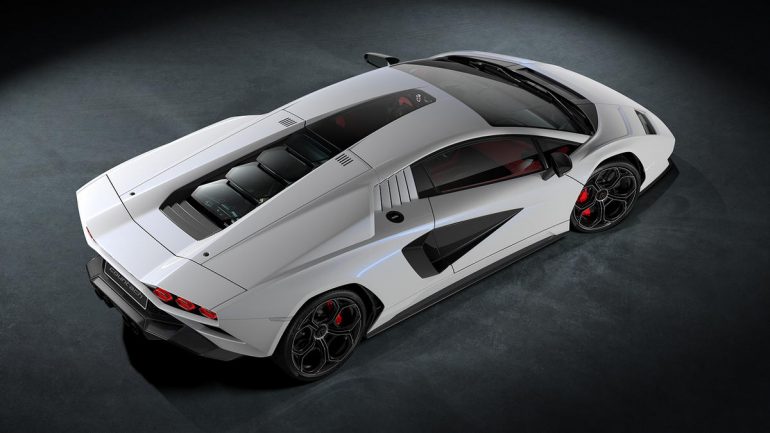 1.A price-tag worthy of the iconic nameplate
The 2022 Lamborghini Countach being a limited edition model, we knew it’s not going to be cheap. What we have been told is the new Countach is priced somewhere between $2.5 million to $3 million, which is in the same ballpark as the Sián. Not a surprise, at all, but that’s more than 5 times the money you’ll pay for a car it is based on. And what you get for it is the legendary Countach nameplate, a tiny electric motor qualifying it to be called a hybrid supercar, and exclusivity. Only 112 examples of the limited edition model will be made and all of them have already been spoken for. In case, you missed out on the opportunity to buy one of these, you can spend that money and get one of the originals. It might actually get a better return in the future. 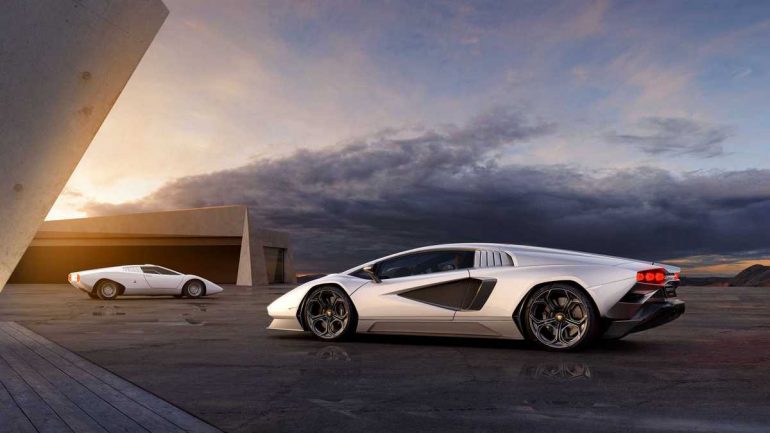 2 things that we didn’t like –
2.What Lamborghini did by creating a re-bodied Aventador and slapping the Countach badge makes perfect business sense. The fact that all the 112 units were sold even before the car debuted only highlights the fact. However, we would have liked to see Lamborghini make continuation models of the Countach – something Aston Martin and Jaguar is doing for its popular classic models.

1.My favorite car poster featured a Lamborghini Countach, but with a massive wing at the back. I have always loved Countaches with wings and would have wanted Lamborghini to add one to the reborn model, as well. I know it’s a very personal opinion and is more like nit-picking, but a Countach without a wing is not a Countach for me.

Tags from the story
Hybrid, Lamborghini