A few weeks back, an automobile designer by the name Al Yasid revealed a concept design of a Lamborghini motorcycle based on a Ducati Diavel. While it seemed like a wild idea, it turns out that Lamborghini was actually working with Ducati to build a limited-edition motorcycle. And guess what? The special edition Lamborghini motorbike is actually built upon a Ducati Diavel 1260, similar to what Al Yasid had conceptualized. But that’s where the similarities end. The limited-edition 1260 Diavel Lamborghini is themed after the recently revealed Sian FKP 37, sharing a lot of design elements with the hybrid supercar; and it looks simply amazing! In Lamborghini’s words, the project “transfers the core concepts of the Sián FKP 37 to the motorcycle world, redesigning the components that most characterize the Diavel.” 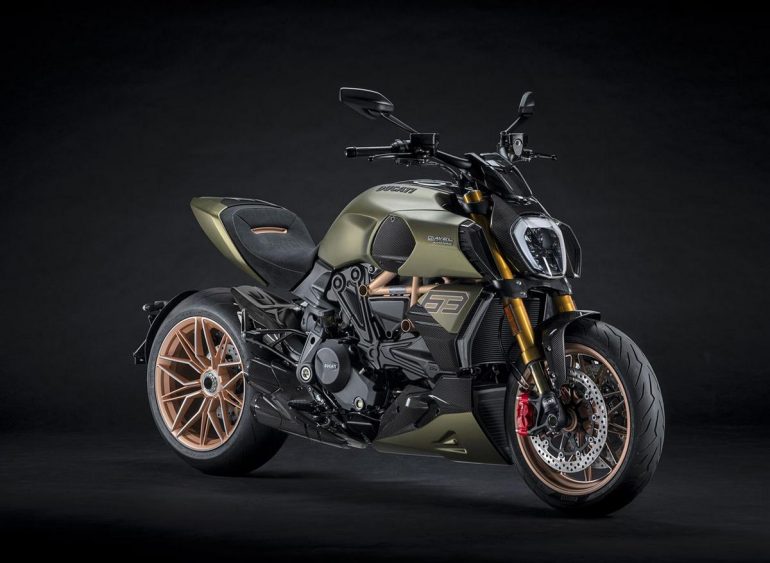 “In creating a Diavel inspired by the Siàn, we are celebrating the values we share with Lamborghini: we are Italian, we are sporty, and design is a distinctive element for our creations,” said Andrea Ferraresi, Director of the Centro Stile Ducati. “The Diavel 1260 Lamborghini was designed using the same stylistic language that distinguishes the super sports car, so we have redesigned the elements that most characterize the Diavel.” 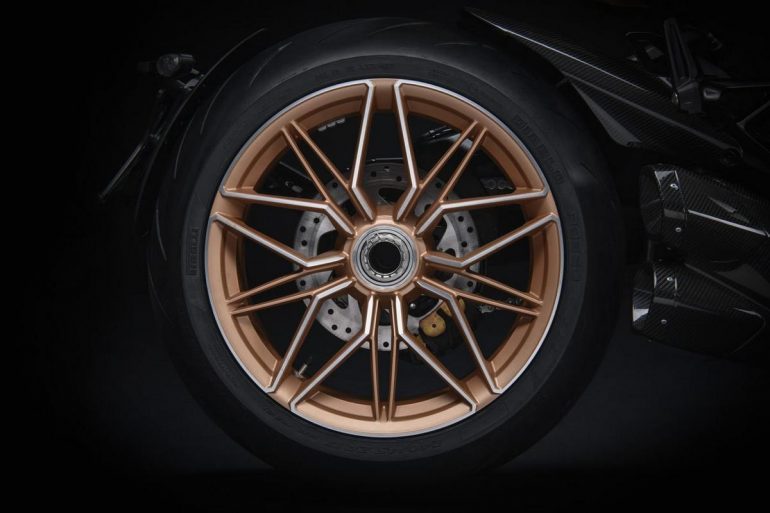 Starting with the paint scheme, the Lamborghini motorcycle wears the same ‘Verde Gea’ color as the supercar. There are also new forged wheels finished in gold for the special edition with a design inspired by the ones on the Sian FKP 37. Other special touches include things like the air intakes, radiator covers, exhaust cover, mudguards, and headlight frame are all in carbon fiber. In addition to Lamborghini badging on the motorcycle, the Ducati also gets ‘63’ decals as a tribute to Lamborghini’s founding year. Mechanically, the 1260 Diavel Lamborghini is identical to the regular model and is powered by the same 1262cc Testastretta L-twin engine that makes 162hp. Only 630 numbered examples of the Lamborghini-badged Diavel will be made and it starts at $31,995. Buyers will also get a specially designed matching helmet with the same livery. 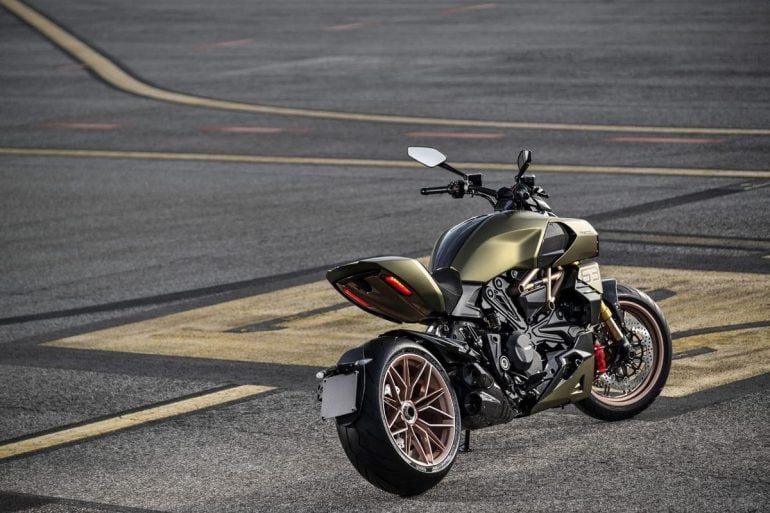 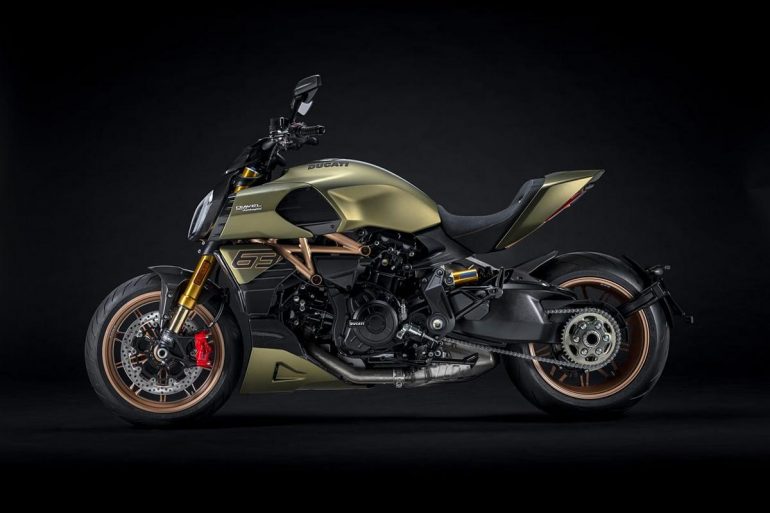 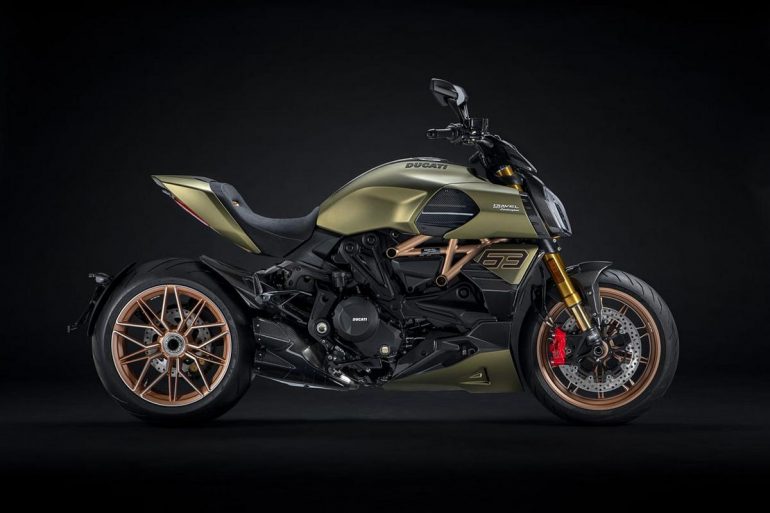 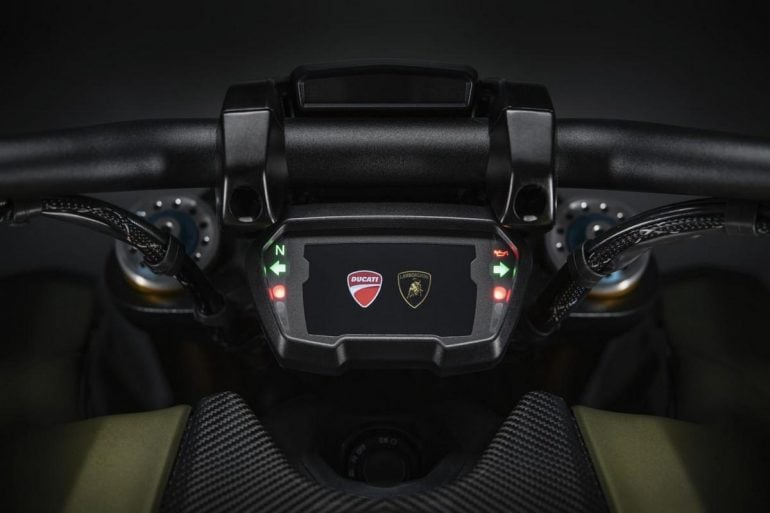 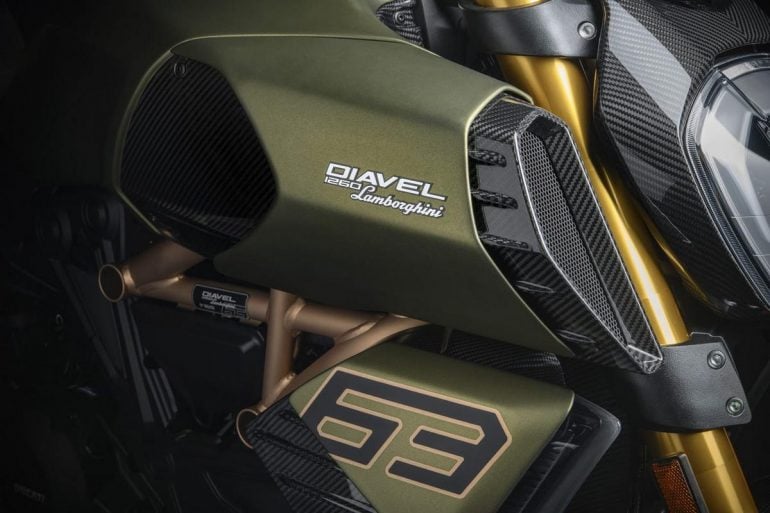 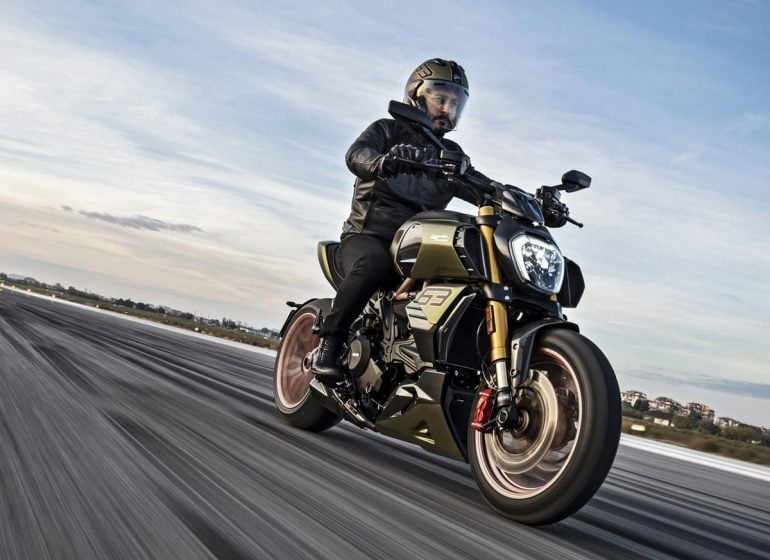